A cult classic gets a new lease on life, but I’m starting to understand why it needed one in the first place.

There’s a lot to love about The Wonderful 101. It’s a goofy over-the-top love letter to tokusatsu shows that keeps finding new ways to surprise you with its insane antics. It’s also a captivating underdog story, having been rescued from obscurity by a surprise Kickstarter campaign for a port earlier this year. There’s also sadly a lot to hate about The Wonderful 101. Platinum Games has a reputation for developing games with high skill ceilings that reward players for putting in the time and effort to really understand the game’s mechanics. The Wonderful 101 is unique among Platinum games that I’ve played in that it also has a high skill floor; there’s a certain level of proficiency that you need to really squeeze any fun out of the combat (which is normally the highlight of a Platinum game), and pushing through long stages to see the cool story setpieces eventually becomes more trouble than it’s worth.

The Wonderful 101 is a character action game where you control up to 100 costumed heroes that swarm the battlefield as a united team. Among the team are seven Wonderful Ones named after colors; these Wonderful Ones each have their own unique powers that summon giant weapons that make up the bulk of your abilities. Wonder-Red has a fist that can do a lot of damage and unscrew covers, Wonder-Blue has a sword with a wide reach that deflects lasers, Wonder-Green has a gun that does everything you’d expect a gun to do, and so on. You can swap between the colored Wonderful Ones on the fly to vary up your attacks and string together combos.

The strongest aspect of The Wonderful 101 is its presentation. The characters are all larger-than-life goofballs that face off against increasingly ridiculous threats. The cast of colorful Wonderful Ones are brought to life by all-star voice acting talent such as Roger Craig Smith, Yuri Lowenthal, and Tara Strong, and their perfect delivery combined with a fantastic script makes it a blast to watch every scene play out. Gameplay is also accented with quicktime events that are followed by increasingly bombastic team attacks that keep the hype levels high, perfectly encapsulating the fun of watching one of the tokusatsu series that inspired the game. 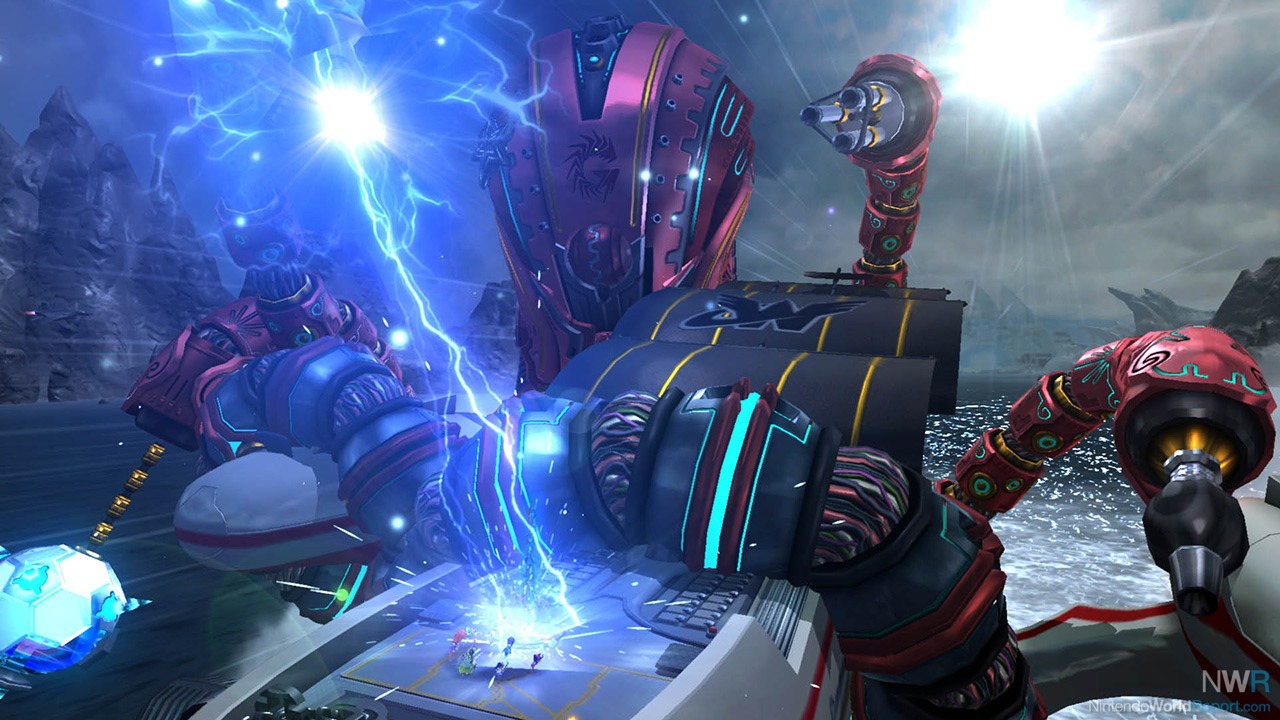 Unfortunately, actually playing The Wonderful 101 is an exercise in patience. The camera is simply atrocious and is always either too far away from the characters to really be able to see what’s going on or too close to be able to get a good view of the action. I don’t think there’s a way to solve this problem; the premise of the game is all about tiny characters spread across a large area, after all. The camera gets even worse whenever it zooms in behind the characters for special over-the-shoulder sections. Every one of these sections feels more like a fight with the camera than any of the enemies on screen, and the action would abruptly grind to a halt whenever one started.

Additionally the game does a pretty awful job at explaining its mechanics. The Team Attack--one of your basic attacks that represents the core premise of the game--is basically never explained at all; you’re just told what button it’s on in a cryptic tutorial image early in the game and are left to figure out how to make the most of sending your teammates to independently attack enemies. I also have a big issue with how to tell which enemy attacks are unblockable (and thus also are not susceptible to a powerful parry attack). Most games with unblockable attacks have a clear visual tell to communicate that you’re supposed to dodge instead, such as making the opponent glow red or have a flash of light before the attack strikes. 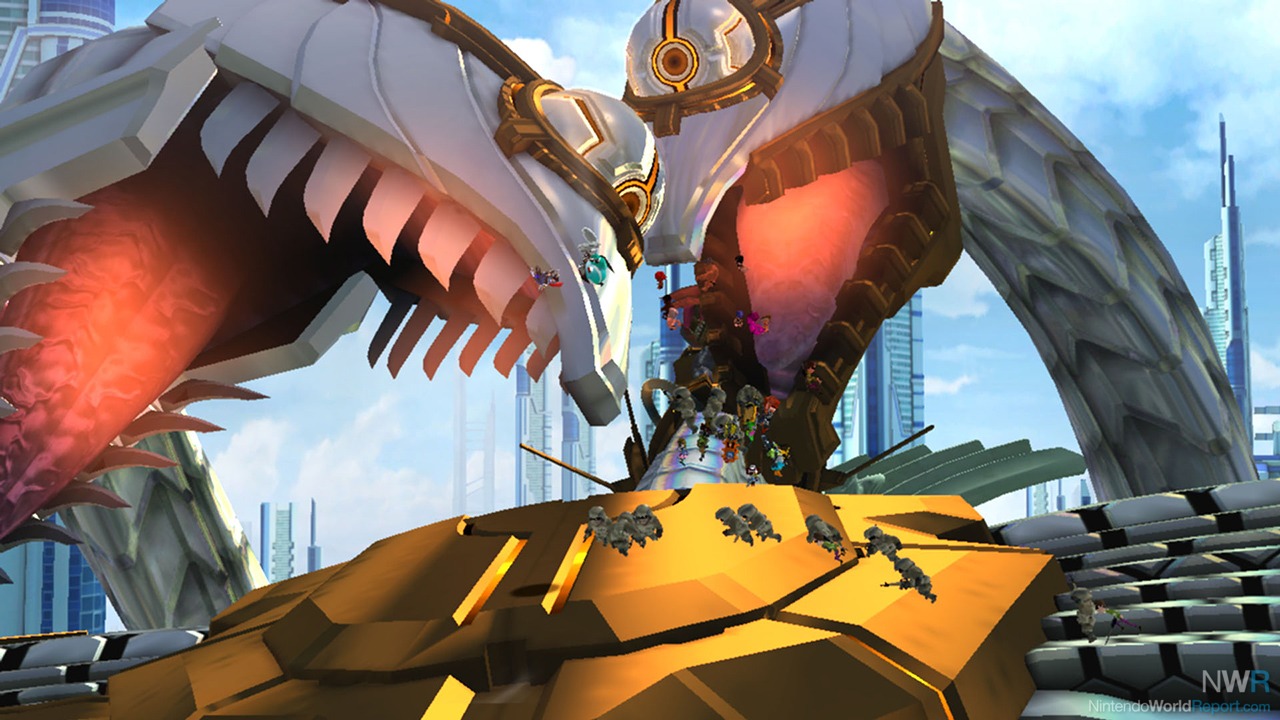 The Wonderful 101 communicates that attacks are unblockable by dealing damage to you when you try to block. As far as I can tell, the only option you have is plain old trial and error memorization. I’ve found that attacks that involve spikes are usually unblockable, but from there it’s always a gamble. Getting punched by a giant enemy is blockable until it’s not. Getting shot at by projectiles is blockable until it's not. Having enemies try to belly flop on top of you is blockable until it’s not. I’ve searched online and can’t find any consistent, reliable way to tell which attacks are safe to block and which ones can only be dodged. To me, this represents a major betrayal from the game that makes it downright frustrating to utilize one of the most important mechanics of combat.

The jump to Switch has also not been entirely successful for The Wonderful 101. The original game was built around the Wii U GamePad’s touch screen, and a number of mechanics simply don’t work on a single-screen traditional-controller setup. This is noticeable in some areas that hinged on having two simultaneous camera angles, but the worst of it is drawing shapes to switch between your Wonderful One’s abilities. On the Wii U, this could be done on the touch screen with the stylus, but you’re now limited to drawing the shapes with the controller’s right stick. In addition to slowing down the action, this also makes it much more difficult to consistently get the game to recognize the shape you want, leading to a quick and easy way to fail quicktime events. A number of technical issues also plague the Switch port. The framerate is the chief problem, dropping pretty low in some of the busier sections of the game, but bizarre bugs can also interrupt gameplay. At one point I spent ten minutes trying to figure out how to get past a pillar of lava covering the stage only to discover it didn’t really exist; it was just a graphical glitch that didn’t actually do damage.

I wish I loved The Wonderful 101. It’s absolutely oozing in style that leaves me grinning ear to ear, and I always wanted to see what was coming next. The problem was that the process of actually seeing what came next was a dreadful slog that just frustrated me more and more as the game went on. It feels like a game made for the most dedicated of Platinum Games fans, and I’m certain that anyone who loves racking up combos as quickly as possible for platinum medals will love this game. Diehard fans of character action games will have a lot to love here, but everyone else will have to put up with a lot of trouble to get to the good parts.