Jet Lancer is a fast-paced shoot-’em-up from Armor Games Studios. It’s not simply “fast”, but blisteringly fast. As the ace pilot/freelance mercenary dogfight job taker Ash Leguinn, I assumed ownership of a prototype jet fighter plane which rivals the most technologically advanced aerial flight vehicles in service. Along with the commander of an aircraft carrier, I ping-ponged my way along a string of contracts that unveiled larger forces at play and a world-ending threat only I could defeat. 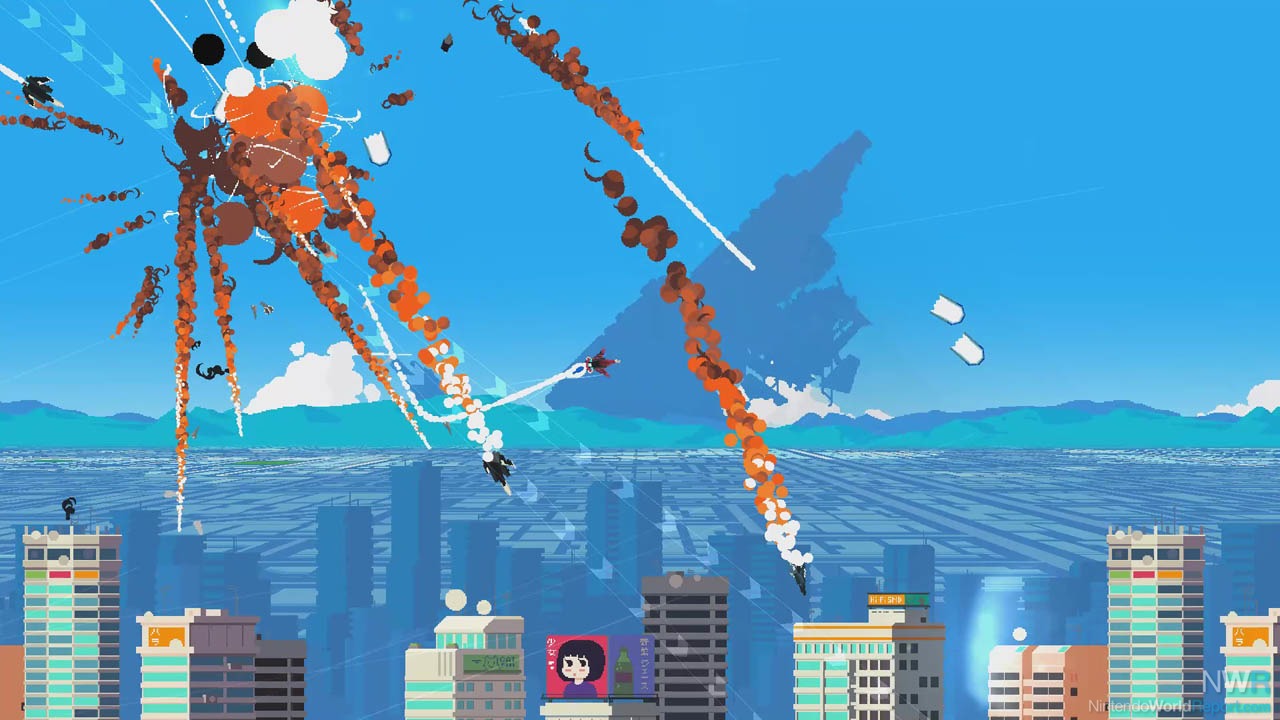 Each mission is constrained to a somewhat limited piece of aerial real estate on a 2D plane, with sky in the North, Ocean or ground in the South, and east/West having invisible barriers that’ll turn you back around automatically in-flight. Objectives vary mission-by-mission: one might simply be downing all enemy fighter pilots; another might be hovering around a satellite tower long enough for a meter to fill, signifying it’s been disabled. Every mission is littered with air combatants, a volley of huge bullets filling the sky like the fourth of July, and heat-seeking missiles that can only be avoided by sharp pivots and dodge rolling just as they’re about to knock you out of the sky. In-between missions, optional loadout changes of weapons and vehicle perks allow new opportunities to try different strategies if you get stuck. Is that missile barrage super move not hitting the submarine hard enough? Swap over to the giant charging laser to obliterate it in one shot.

Every five or six missions are capped with a boss battle level that has one primary objective to take down and is commonly littered with secondary enemies and hazards. The first one was a hose-like mechanical flying dragon, weaving in-and-out of the water at awkward angles that made it challenging to dip down-and-up after striking without crashing into it. The second battle was a less-inspired giant submarine, slowly lumbering along, shooting a flurry of bullets and huge missiles that rocket into the sky and then come tumbling down toward the water again. Each boss has several phases and attack patterns that take patience to learn, which can be aggravating when truly stuck but provides a great deal of satisfaction once you get over the hurdle. 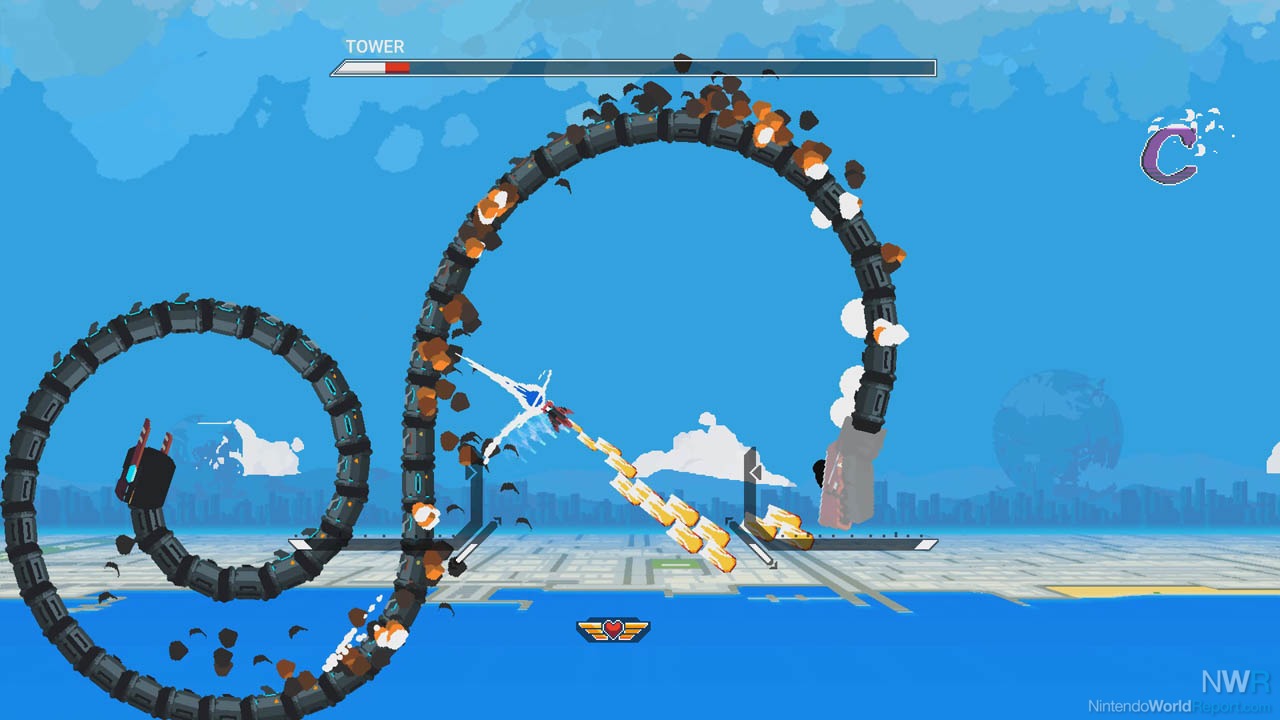 The act of flying itself feels fantastic. They nailed the sense of speed, with a weight to the aircraft itself that has an appropriate amount of drag when trying to turn on a dime or swerve at the last moment away from danger. Beyond the boss battles, enemies feel appropriately challenging, making each takedown of an enemy pilot feel like a small victory. Visually, while navigating from mission-to-mission has a clunky appearance, the missions themselves highlight a multilayering of colors in the backdrop and illusion of depth-of-field via something that looks like the original F-Zero’s space underneath the track. It’s a nice touch that under scrutiny would look overly simplistic, but in the act of playing works perfectly well since it was almost never the focus of what I was looking at.

Jet Lancer’s positives aren’t novel⁠—plenty of games where you control a plane nail the feeling of flying at the speed of sound. Lots of shoot-’em-ups provide the exhilaration of narrowly dodging a flurry of projectiles then tagging the enemy. Multi-wave bosses with clever, varied patterns are almost cliche at this point. But this is the first time in recent memory I’ve seen those elements married to elevate the experience to something that might be both my favorite indie so far this year and in a rare club of games I’ll keep playing for some time to come.