A mysterious video database is the key to a complex mystery.

A lot of effort in the world of video games is dedicated to making characters and settings look more like real life. The main thrust of motion capture, ray tracing, dynamic lighting, advanced physics, and 3D texturing is to make gameworlds seem more lifelike. Telling Lies, however, is a four-hour Full Motion Video (FMV) game that flips this simple foundational principle on its head. Instead of making games more like real life, it asks instead: What if real life were more like a game?

The story begins with a filmed intro in which a blonde woman—your character, nominally— enters a building and sits down at a laptop. From that moment on, your Switch becomes a laptop complete with an OS, a clock and battery indicator, a trash can, a card game, and— most significantly—a database of videos. The entire game is played out with the faint reflection of the woman’s face on the screen. Occasionally, she’ll stop to text or to talk to a roommate, signifying that an hour has passed and reminding you of where you are. 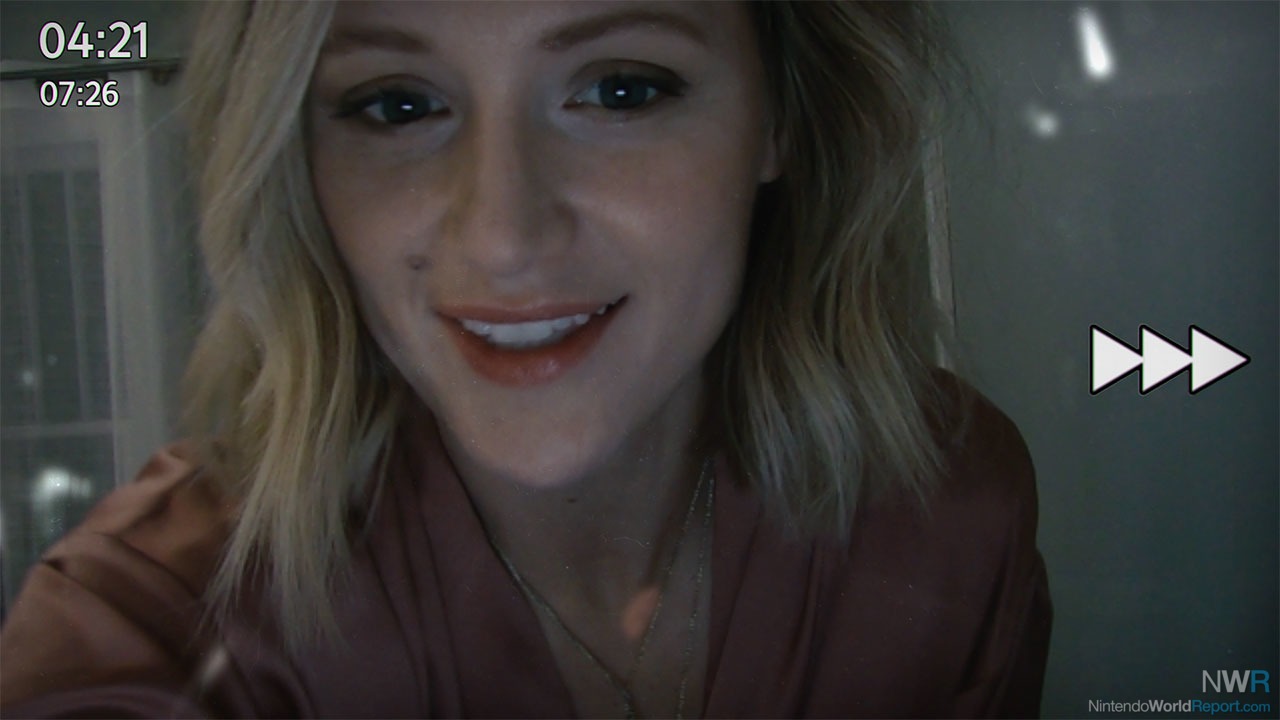 These reminders are necessary as the game’s playing time runs on a clock. It will end between four and five hours. This is the time you have to try and orientate yourself within the scenario at hand, and only then will you learn what percentage of the some 170 clips you managed to unearth.

The whole game is a spoiler, basically, so I’ll try to tread carefully. The first thing you’ll find when you begin to click around this unusual game environment is a text file indicating that the videos are, in fact, an archive of surveillance footage spanning two years. The videos are accessed via a simple keyword search. You’ll quickly lose yourself in a complex web of one-sided Facetime chats, cam girl footage, and covertly taken videos. 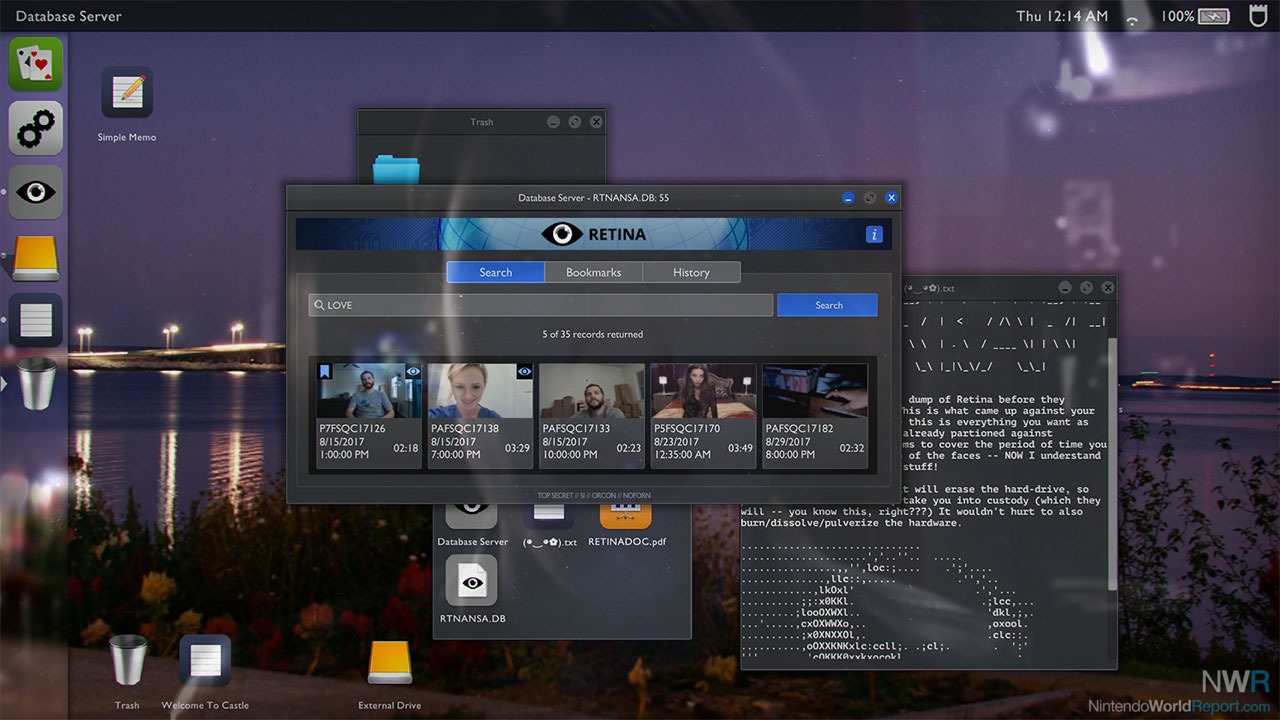 Little by little, the characters, timelines, big events and core relationships emerge. Expertly acted by a stellar cast, the hours fly by as you sift through videos that range from the mundane, personal and NSFW, to shocking or revelatory. It’s an engrossing task to play detective as you try to figure out the case at hand.

Even naming the main characters here would be a spoiler. Finding the right keywords are the main gameplay mechanic that allows you to inch further into the story. Each video is subtitled, and you can click on any word to activate a new search, or bookmark a curious timestamp for later. Your analysis skills will be put to the test as you try to find the right terms to blow the lid off the simmering plot. 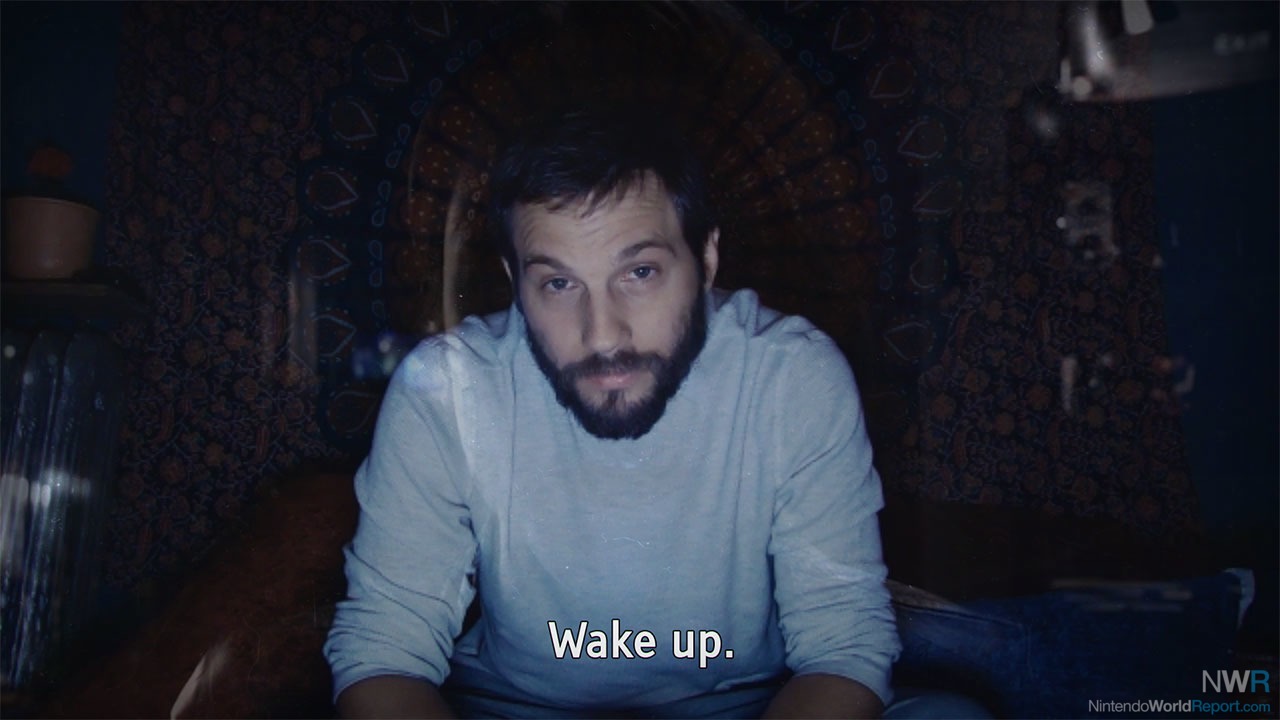 Any search can act as a doorway to a juicy, hard-to-reach scene, or even lead to a whole new storyline. Any unusually placed word could be a clue leading to a game-altering revelation. It’s a compelling mechanic that leads to easy immersion. Anyone who’s used a simple video editor will feel at home scrubbing back and forth through digital videos, and jumping between clips. The Switch’s touch screen makes this even more intuitive than it would be using a mouse.

I have been interested in this after hearing a lot about it on the Gameinformer podcast. I think I will have to get it.