Infinite - Beyond the Mind (Switch) Review

Infinite - Beyond the Mind is a 2D action-platformer in the vein of Ninja Gaiden or Strider. You battle through 16 total stages, slicing and dicing enemy soldiers, tanks, mechs, and even aircraft. While there isn’t a ton of variety to the gameplay, the minute-to-minute double jumping, dashing, and slashing are all very satisfying. Is Infinite a title you should keep in mind?

After choosing between the two protagonists, Tanya and Olga, you set off to stop the malevolent Queen Evangelyn Bramann who rules The Beljantaur Kingdom and is intent on bringing the world to its knees. The two characters play almost the same, but I went with Olga for my playthrough; every few stages, she gains a new ability or becomes stronger, which means you arrive at the final areas of the game a veritable killing machine. There are some light story elements sprinkled throughout, but the focus of Infinite - Beyond the Mind is squarely on the action.

Every stage features three or four areas, with the final area housing a unique boss fight. Each of these presented a different challenge, some easier than others, but once you figure out their patterns and tactics, each boss encounter was manageable. The areas leading up to the bosses offer a fair amount of verticality, and the result is that you usually have a few different ways of reaching the end of one segment, which functions like a checkpoint. When you die, you return to the beginning of the area. If you run out of lives, you return to the first area of that stage, perhaps losing progress from 4-3 and sliding back to 4-1, but fortunately most areas are fairly short, and you can usually run through them with some skilled play. 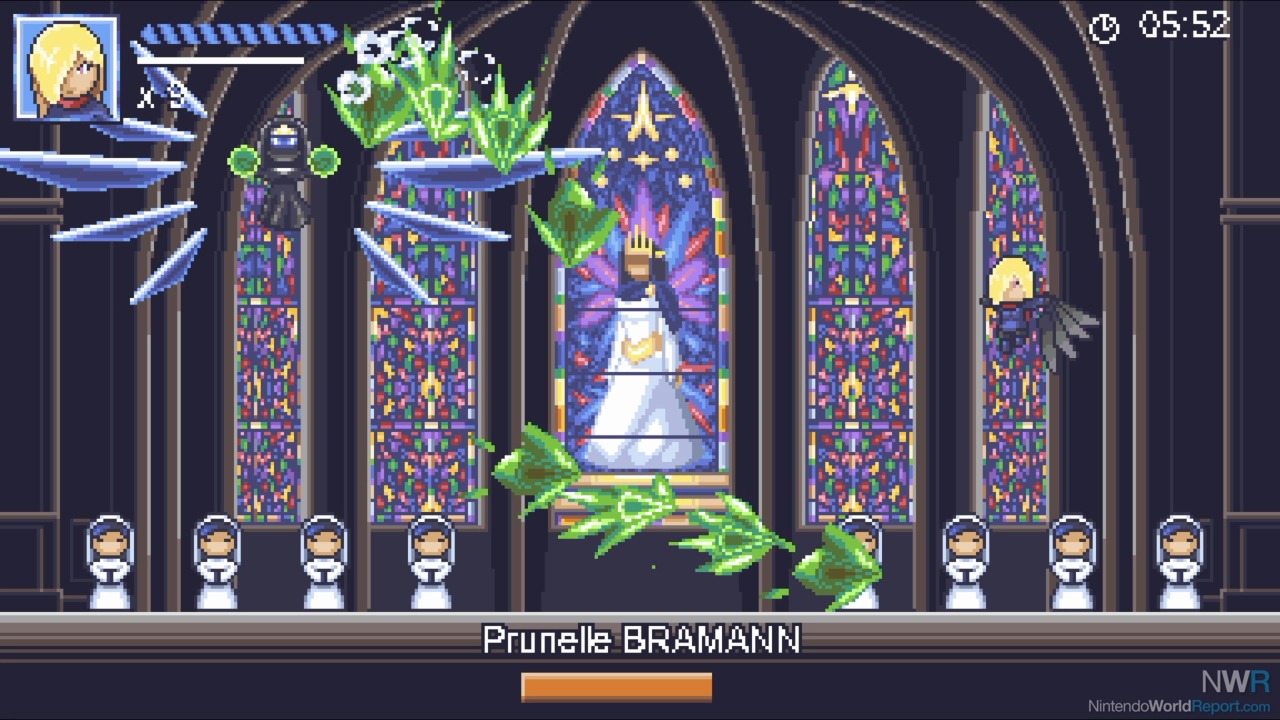 Infinite - Beyond the Mind has a few quirks worth mentioning. First, you don’t pick up any power-ups or new weapons in the stages themselves. The only items you’ll find are health refills, extra lives, and health meter increases. You also have a stamina meter that drains when you dash or use certain attacks, and the meter’s slow refill means you have to look before you leap. Through most of the game, the basic foot soldier is your primary target, differing only in how they fire their guns or what costume they are wearing. A little more basic enemy variety would have been nice to see, but having over 16 different bosses does make up for it somewhat. Gameplay-wise, grabbing a hold of ladders can be tricky, and it’s not always clear which walls you can slide down and wall jump off of. There are even a handful of side-scrolling shooter stages, but your gun overheats after a few shots in the latter ones, which is annoying.

Pixel art works well in so many genres, but it’s especially effective here. Enemy bullets are colorful and easy to see—albeit not always easy to dodge. The backgrounds for each stage are particularly attractive, which helps with the monotony of the foes you’re mowing down. The music is very evocative of the 8-bit era and pairs wonderfully with the fast-paced gameplay. Those with nostalgia for NES action-platformers will fall for the presentation elements. 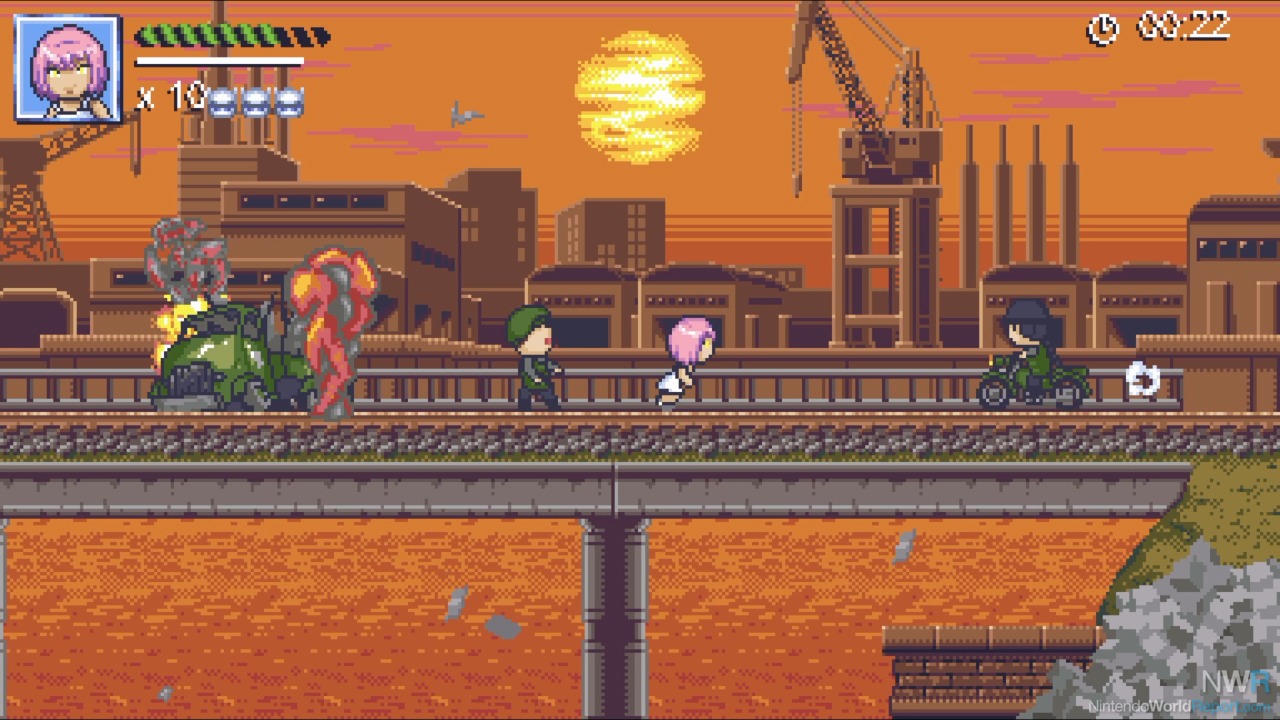 Infinite - Beyond the Mind isn’t a lengthy adventure—clocking in around three hours depending on your chosen difficulty and experience—it’s enjoyable from start to finish and very hard to put down. The brevity of the individual areas complement the sense of speed that the game pushes, and the bosses put an exciting cap on each stage. Two-player co-op play, a save feature, and three difficulty levels round out the package. Even though it’s not the most innovative or feature-rich game, Infinite - Beyond the Mind is well-worth a purchase for those who want a quick and fun action-platformer that is sure to remind them of the NES’ glory days.