An arcade-themed visual novel that isn’t likely to set any high scores.

The backdrop and theming of an arcade for a visual novel seems like it could be a strong match. Arcade Spirits is a story about a struggling arcade and the people who work to revive it. The gameplay revolves around personality-centered dialogue options, not to mention a running score that builds up as you progress through the game. Ultimately, though, the narrative and its characters fail to produce a compelling experience.

After creating the protagonist of the story, whose default last name is Cader, you are introduced by your best friend and roommate Juniper to a mobile app that functions like a personal AI. IRIS, as the AI is called, sets you up with a job interview at a local, retro-themed arcade, and here you meet the kind, elderly owner Francine. Cader is portrayed as someone down on their luck and struggling to find success, and the setup works well enough for driving forward the beginning of the plot. 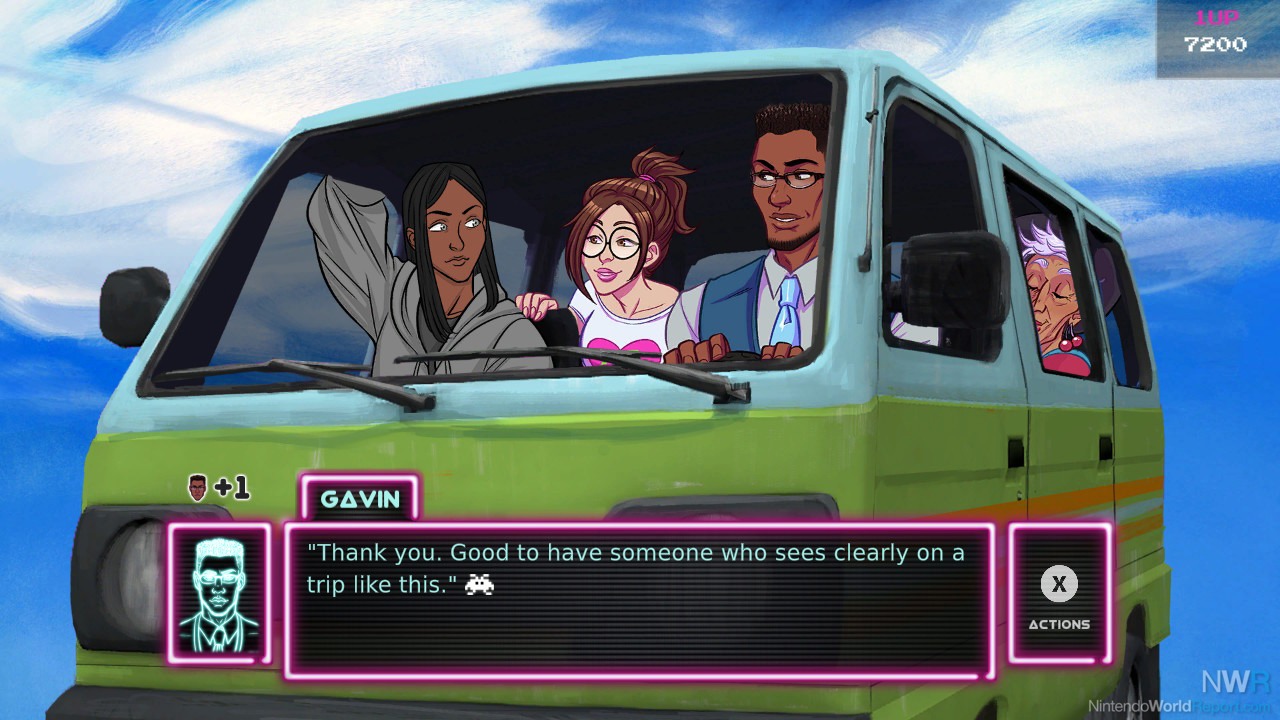 Around this time you also encounter the six main characters with whom you can form a relationship (although a seventh is possible). Naomi is a gaming geek who fixes and troubleshoots the cabinets at the arcade; Ashley is an enthusiastic cosplayer who works the arcade floor; Gavin is the arcade’s uptight accountant; Teo is a suave dance-game enthusiast; QueenBee is a vulgar and aggressive esports player; and Percy is a wealthy retro game fan who frequents the arcade. I ended up romancing Naomi in my first playthrough, and like with so many of my interactions with characters in the second half of the game, reactions and emotions from her didn’t feel earned. The story itself is fine; I wanted to find out what would happen to the arcade and to Cader, but the jump from flirting to friend to romantic partner with Naomi was rushed, as were my relationships with characters I had largely ignored.

Arcade Spirits attempts to gamify its decision-making by separating each of the dialogue choices into a series of personality traits, such as Kindly, Quirky, and Gutsy. My responses tended to skew Kindly, which earned me a lot of points with Naomi. By pressing the R button you can bring up tables that chart your progress with each character and how much you have contributed to each individual trait. In a handful of situations, certain dialogue options will be blocked to you if you haven’t built up enough points for their associated personality traits. While this and unlockable prizes—like artwork and additional screens—do incentivize additional playthroughs, the dialogue options show you which trait they are associated with. You may be likely to stick with the types you’ve already invested in, which somewhat defeats the purpose of tallying up your points. Choosing certain responses earns you points with your conversation partners, and your chances of successfully initiating a relationship hinge on how many points you’ve scored with them. 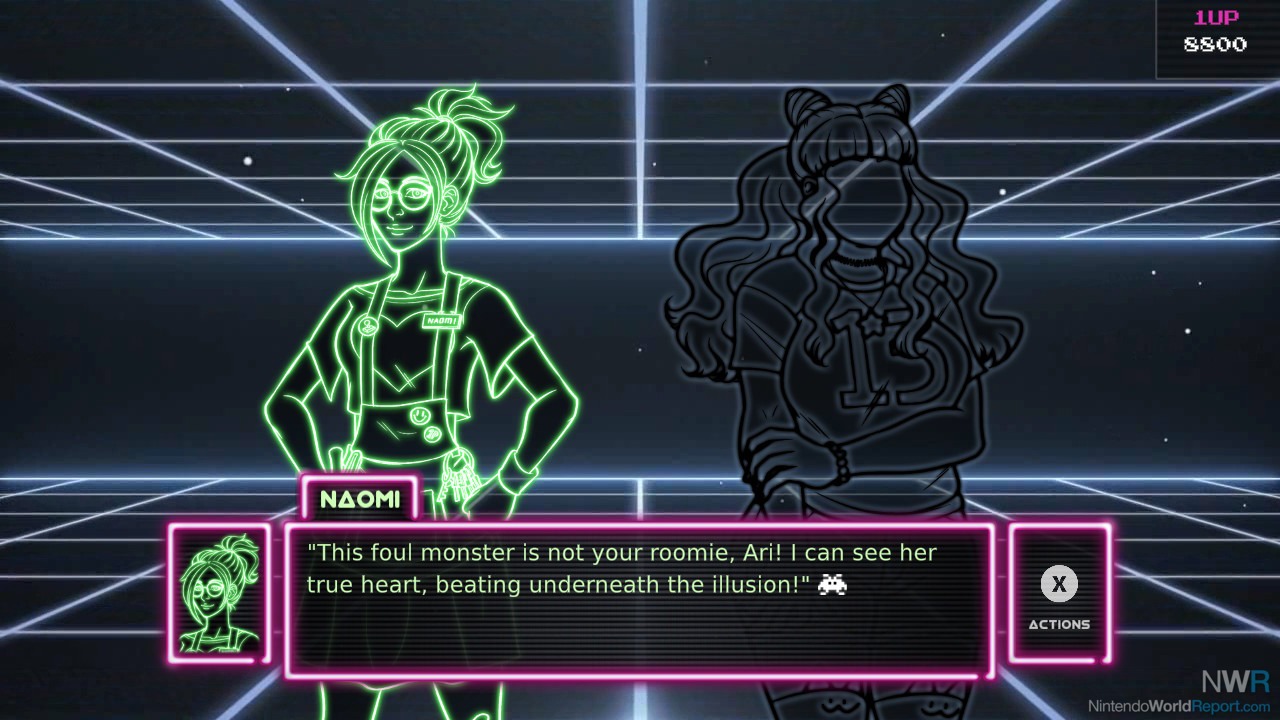 The presentation has a few notable issues. First, the variety of backgrounds and music is decidedly lacking. The cartoon art style of the characters may not appeal to everyone, but I didn’t find it unattractive; however, when characters pop in and off screen, there is a slight delay that became fairly annoying after a while. The default sound setting is too soft with the music and too loud with some sound effects, so it’s worth tweaking those levels.

Arcade Spirits features a detailed character customization at the outset, but that’s the best thing it has going. The somewhat interesting story is weighed down by lackluster characters and boring visuals. The voice acting is okay, but not all of the dialogue is voiced: some lines have no audio, some have a brief character refrain, and others are fully voiced. Ultimately, the dialogue and points system just wasn’t engaging enough to keep me fully invested in the narrative, and its comedy leanings prevented the romance elements from feeling genuine. It doesn’t help that the writing is littered with far too many pop culture and gaming references. Those who devour visual novels like Gauntlet would devour quarters might find Arcade Spirits worth playing through, but everyone else should probably cash in their prize tickets for something else.