Try not to fall asleep behind the wheel.

Sunless Sea is an exploration based adventure that sets sail around the dark and ominous waters surrounding Fallen London. Survival is key as you venture from port-to-port encountering both enemies and mental obstacles along the way. The world is big and traversing it takes time, leading to a much slower paced experience with heavy amounts of text to read. Combat while present, takes a back seat to creating eerie and isolated feelings. 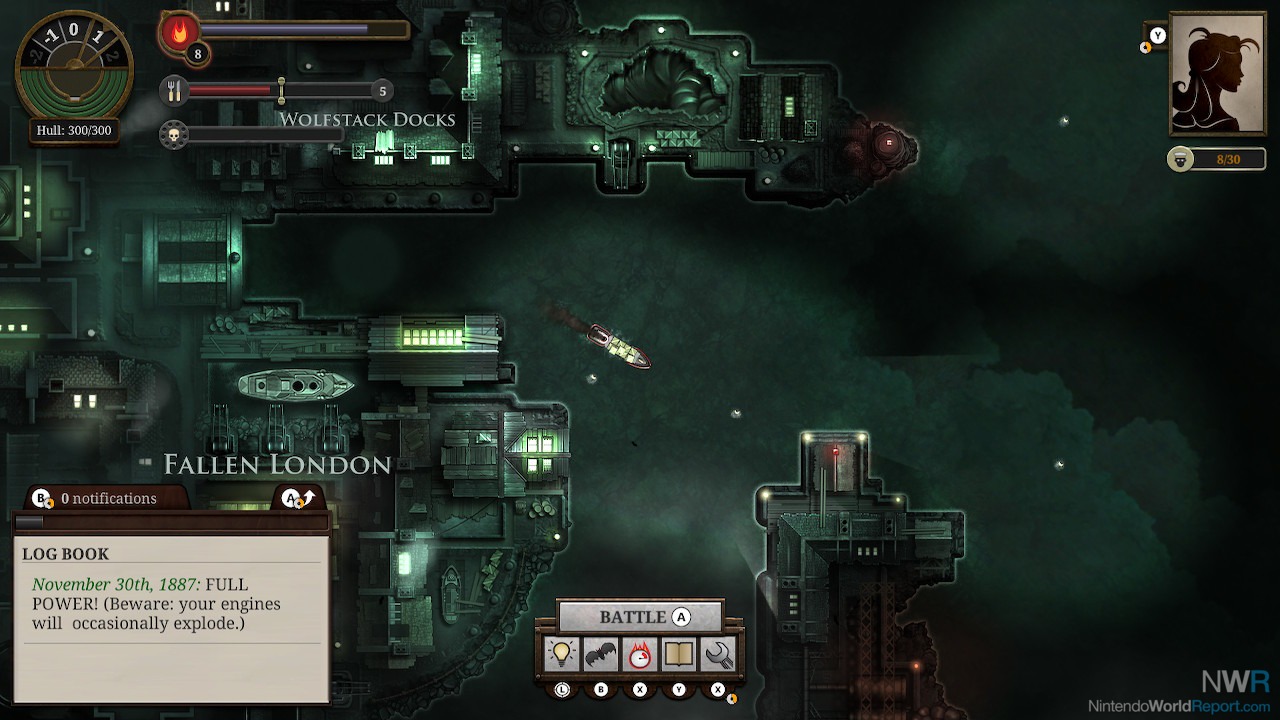 Instead of a singular goal to work towards, multiple options are available based on the individual captains and their ambitions, offering a handful of routes to take. Once the captain has been chosen it’s time to set off on a free exploration of the map. While docked in port, gameplay is done through a series of text menus. Visiting different areas, shops, and people help to uncover stories within the world and sometimes give hints on where a point of interest might be. Relying heavily on text to drive gameplay isn’t usually my cup of tea, but even with putting my best foot forward, almost all of the dialogue failed to garner my interest. Considering how much Sunless Sea uses dialogue as a driving force, this made the discovery of new ports more of a chore than a reward.

When not reading text at a port, exploration of the gloomy seas is the main objective. Unfortunately outside of being visually appealing, there just isn’t that much too it. Enemy ships do roam around and some wild creatures will attack from time to time, but combat is fairly basic and more often than not I found myself dodging potential threats to avoid any damage to my vessel. Fuel and food are necessities required for survival and keeping enough stock can be relatively difficult, especially early on when your budget is limited. Terror is another status bar you’ll need to keep an eye on because when levels get too high negative events start happening to your crew. 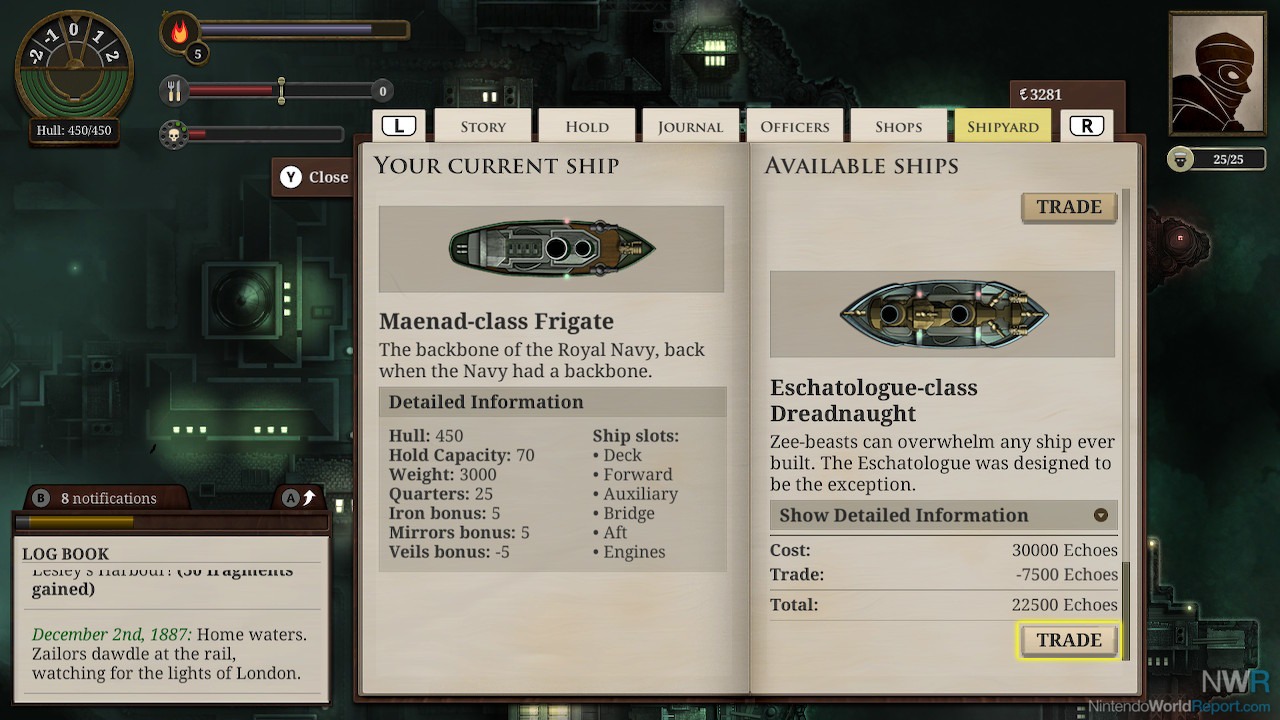 It’s stated early on that death will be a normal occurrence and it most certainly is. Whether it be from enemy fire or lack of food, crew members will die with the grim. Moral decisions come into play as a hungry crew will have to decide if eating a deceased crew member is the way to go, something I thought was a nice touch. After the captain falls you start a fresh run, but there are some elements that can carry over to help make things a bit smoother. I really enjoyed the dark tone and vibe, but sadly it isn’t enough to overcome the mundane gameplay and lack of instruction.

Originally a release on the PC, its translation to Switch is more or less solid. The initial loading into the game is noticeably long, but after that point everything moves along smoothly. There is a bit of jankiness when scrolling through text and choosing options, but ultimately a minor annoyance. One of the biggest omissions is a proper tutorial or guide system in game. Since originally being released in 2015, there are plenty of resources online for help, but that doesn’t diminish the fact you’re mostly on your own in-game when it comes to figuring things out.

Sunless Sea has a really great atmosphere that should be ripe for exploring, but unfortunately it falls flat when it comes to core gameplay elements. Story bits are slow to develop and failed to hook me, while the act of sailing itself is mundane. That’s not to say it’s devoid of good ideas, but it’ll take someone who doesn’t mind a slow burn to fully enjoy.