Growing up watching Clint Eastwood movies was something I truly enjoyed, but there is a serious lack of western-themed games being released these days. Outside of experiences like Red Dead Redemption, westerns have gone the way of the World War II shooter, taking a backseat to other genres, time periods, and themes. Boot Hill Bounties steals its way onto the Nintendo Switch and offers classic RPG gameplay and graphics with a spaghetti-western twist. Even though this is a pleasant return to the wild west, a lack of interesting mechanics and some noticeable bugs hamper an experience that otherwise would have been a decent JRPG.

Boot Hill Bounties is actually the second title in a planned trilogy, following the escapades of a group of bounty hunters from all walks of life. They cover all the tropes in this one, with a Native American warrior-woman, gruff cowboy, young buck, and foul-mouthed redhead. The story isn’t bad but doesn’t bring anything new to the plate that you haven’t seen in countless classic films from the 60s and 70s. A rogue Native American tribe, a crime syndicate led by a dandy boy, and more follow the strict guidelines of “how to make a western-themed story” while facing down a cast of unique bounty targets that also closely fit the bill of what you would expect. Dialogue can bring some humor at times, but otherwise, nothing super interesting is happening in this release. 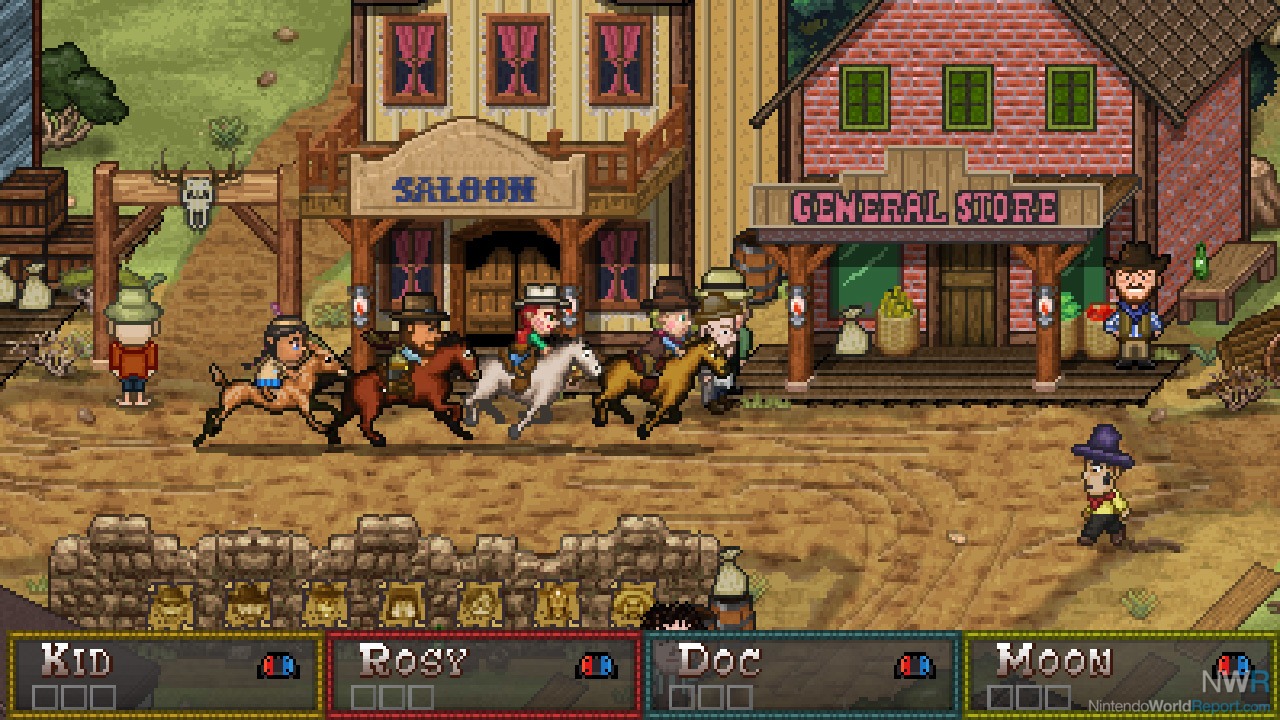 In terms of classic RPGs and JRPGs, Boot Hill Bounties plays it safe and colors within the lines by following the oft-used conventions of other titles who did it better. Combat is a mix of real-time and turn-based action, with timers running for each skill the characters can use, and a point-spending system for stronger attacks. It isn’t satisfying or exciting, but random battles have been removed in place of physical opponents placed on the map that can be skirted, which is a plus when trying to avoid the grind that can hamper so many of these types of games. Equipment is generic and is simply used to plug-and-bump your stats, without much to get excited about. Even the more interesting systems like cooking, farming, and weapon customization are shallow at best, borrowing from other inspirations, but still not quite making enough of a change or improvement to top what has been done before.

The game looks like what you would want from a title going for a Super Nintendo-esque look and gameplay feel. The pixel art is well-done and pretty detailed, and the soundtrack evokes those western vibes you would expect, but the presentation just isn’t enough to bring things home. 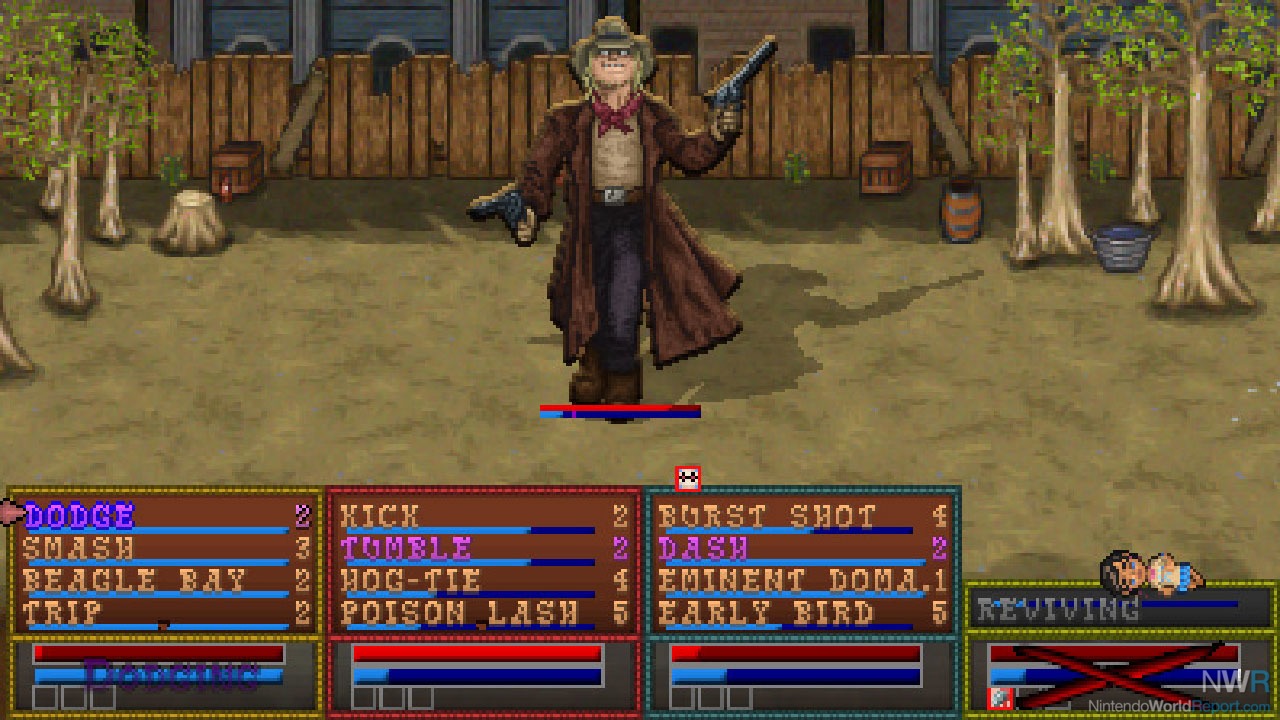 Bugs also take what is already a lackluster experience down another peg. Right off the bat, I encountered a bug in the opening tutorial where I accidentally clicked to end dialogue rather than doing what I was told to do, which caused the game to freeze on a never-ending load screen. I had to hard reset the game, which meant running through most of the tutorial again, but fortunately the bug didn’t reappear. Also, visual glitches occur regularly, where clipping through objects or popping from different screens back to the main navigation screen causes the lead character to blink in and out of existence for some reason. Besides that very first bug to start the game, nothing here hampered the experience heavily, but there is a clear need for further polish.

Boot Hill Bounties would be considered a serviceable JRPG without the bugs. The visual glitches are just out-of-place, but the progress-ending bug in the opening tutorial had me worried every time I would open a menu or click through dialogue that my playthrough would be ended prematurely. Given that the story, systems, and mechanics are so familiar, it’s a shame Boot Hill Bounties does nothing to make its versions unique or exciting outside of the trope-filled, spaghetti-western theme.