Ragdoll physics, parcels, and an open world: what could possibly go wrong! Well, the answer may not be very appealing to some. 3D action co-op game Totally Reliable Delivery Service looks like mindless fun, at first glance; however, the myriad glitches and poor game design makes this one unenjoyable package from start to finish. 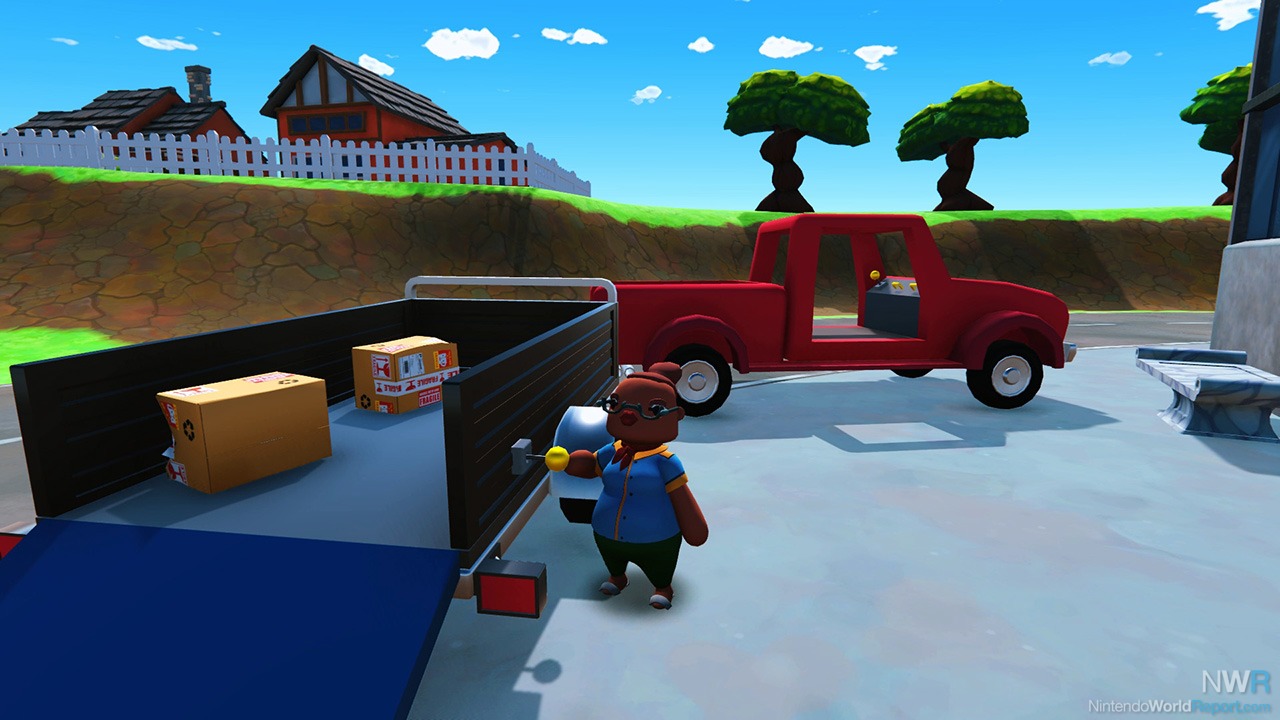 Totally Reliable puts the players in the shoes of a delivery worker, which is about all the story on offer. You are dropped into the world with no context and are instructed to go pull a lever and begin your first delivery. This, in itself, is not a bad premise given the open world nature of the game, but immediately upon loading into the world, it is clear there are more issues to be found. For one, the world is visibly ugly and uninteresting to explore. The game uses a cell-shaded look, which at points, does suit the game’s goofy premise, but when it doesn’t work, the world feels like something lifted straight out of a Roblox creation. It feels closer to a model Playmobile set than it does a living breathing world to explore.

In terms of gameplay, Totally Reliable delivers even less. For starters, the controls that are given to the player are wrong; specifically, the jump and dive buttons are reversed from what was outlined in the game’s loading screens. Moving, jumping, and interacting with the world feels clunky and unnatural, which can be expected from these types of ragdoll-physics games, but the problem is with how unresponsive everything is. For every interaction, there seems to be a split second delay, especially for jumping. Whether or not this was an intentional “wacky” design decision is unknown; however, it was definitely frustrating. 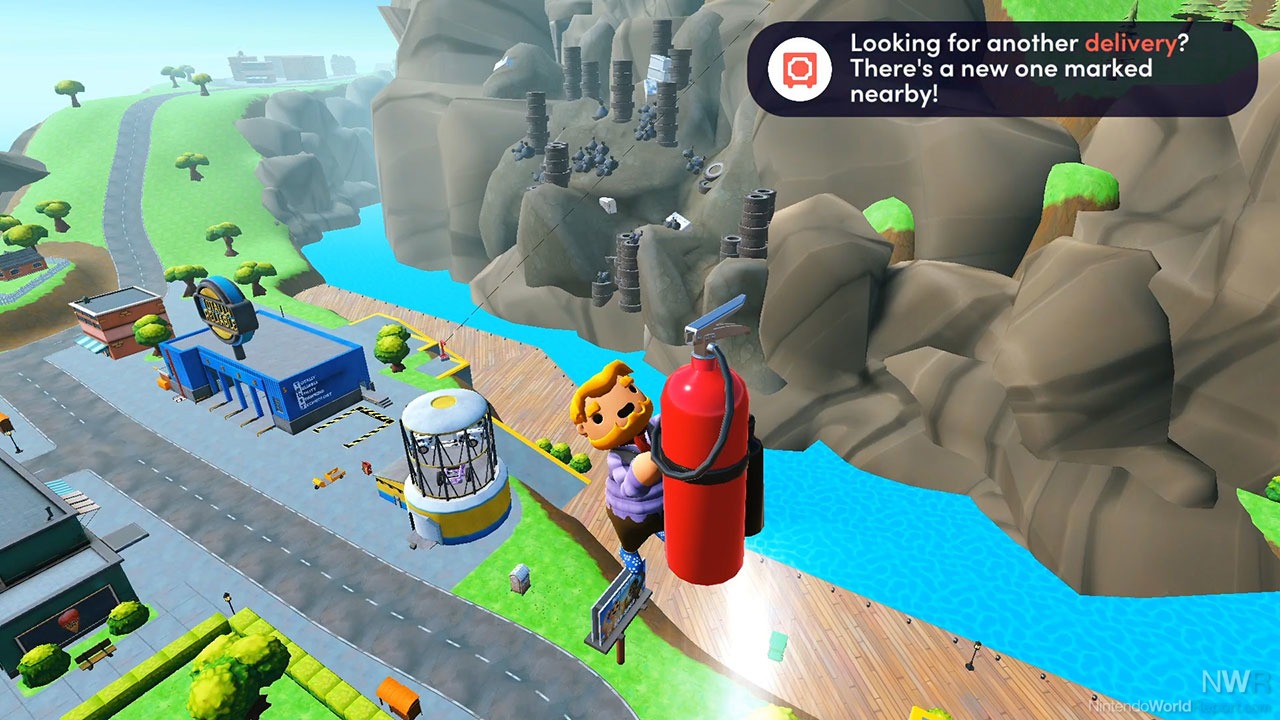 Upon gaining your bearings with the questionable control scheme, you are instructed to deliver your first package. This is done by pulling a lever, picking up the package that comes down, and dropping it off at the designated point on your screen. Not only is this the majority of the game, but doing so is more frustrating than anything else as, once again, the controls are a mess. For example, the majority of the time you need to lift up a package off the ground, which is done by holding both the L and R buttons and the ZL and ZR buttons all at the same time in addition to using the left stick to move. This cramped my hands after only three missions, forcing me to put the game down and come back later. Overall, while the goofy controls are the main selling point of the game, they ultimately made the experience close to unplayable.

It is worth noting that Totally Reliable is best played with a group of friends or family who are in need of a quick laugh. The game supports both online and local co-op, the latter being my preferred method. The game frequently stuttered when playing with more than one person, but the benefits of playing with someone else far outweigh the chore that is playing this game on your own. Even though there were a couple of funny moments that I experienced during my time with the game, after more than ten minutes those laughs quickly turned to irritation over the core gameplay mechanics. 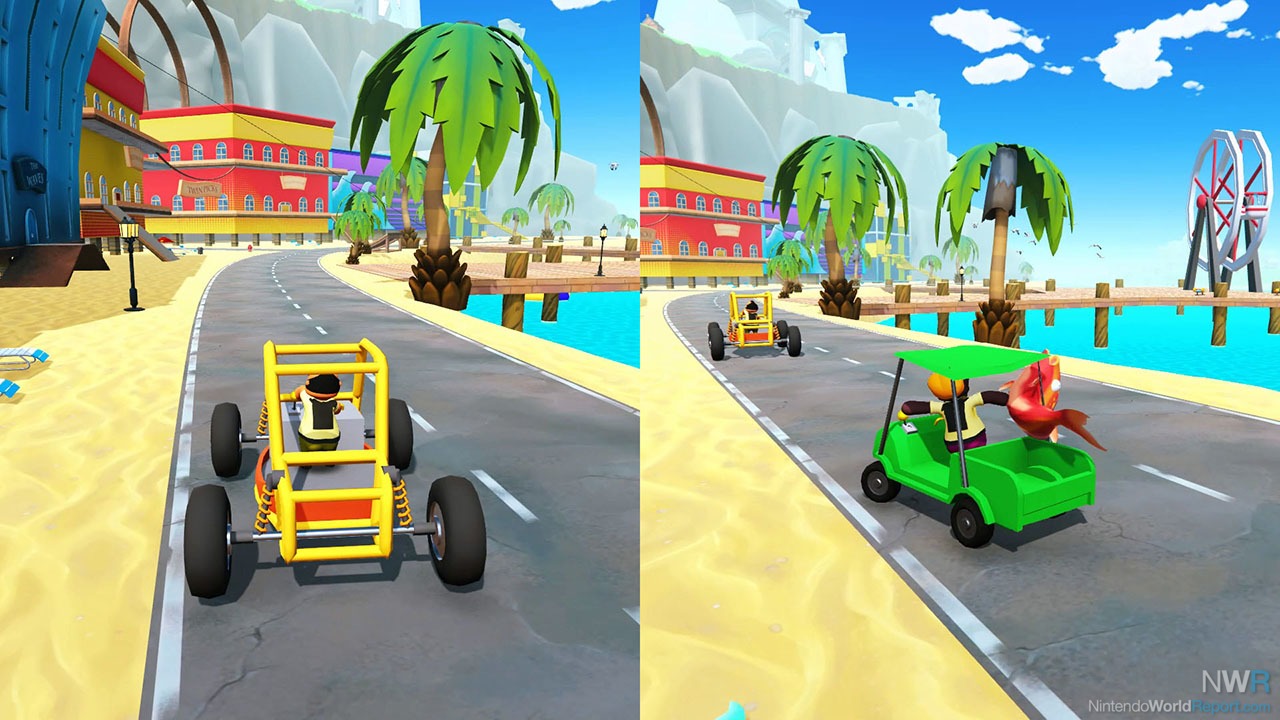 In addition to the numerous gameplay and control problems, the other glaring issue is how poorly optimized the game is. Totally Reliable Delivery Service constantly experiences graphical hiccups when playing in multiplayer, which was one of the clear selling points of the game. The loading times are well over a minute long, object pop-ins occur frequently, and game breaking glitches are almost guaranteed to happen at least once during your time playing the game. In regards to the game breaking glitches, there are two common types that regularly occur: getting stuck or objects not working as programmed. The former was a regular occurence, with the character clipping through objects or getting stuck through the floor, while the latter happened less frequently but basically ruins the experience. During my first five minutes of gameplay, the lever that dropped parcels to begin missions got stuck and refused to work. It took uninstalling and reinstalling the game to fix the lever, which did not leave a good taste in my mouth. Ultimately, it is clear that not nearly enough time was spent polishing the game, leaving it broken in many places.

Totally Reliable Delivery Service is a great concept with terrible execution. The idea of an open world to explore and goof around with friends is hampered by awful controls, an empty world, tedious gameplay, and a boatload of glitches. There are far better options for party games on Switch that will give you much less frustration, guaranteed. While the aim was clearly to deliver a goofy package, it seems the package never quite arrived.