In Other Waters (Switch) Review

Let this sea wash over you.

After an error and a hard reboot, a garbled cryptic warning of what lay ahead scrolled across my screen. I awoke to a clinical, sterile topography map with a Dr. Ellery Vas explaining that she was stuck underwater in her personal exploration suit, calling for assistance or any sort of response. As I acknowledged her pleas, an overlay of dials and buttons covered the map, and she explained to me our dire circumstances—I am an AI (but not her suit’s original AI) that’s attached to her exploration suit stuck in alien waters, and the nearest explorers are too far away to discover us before it’s too late. Therefore, she and I must work together to move and find our way through. Those are the stakes of In Other Waters, a recently released title announced as part of Nintendo’s latest Indie World presentation. 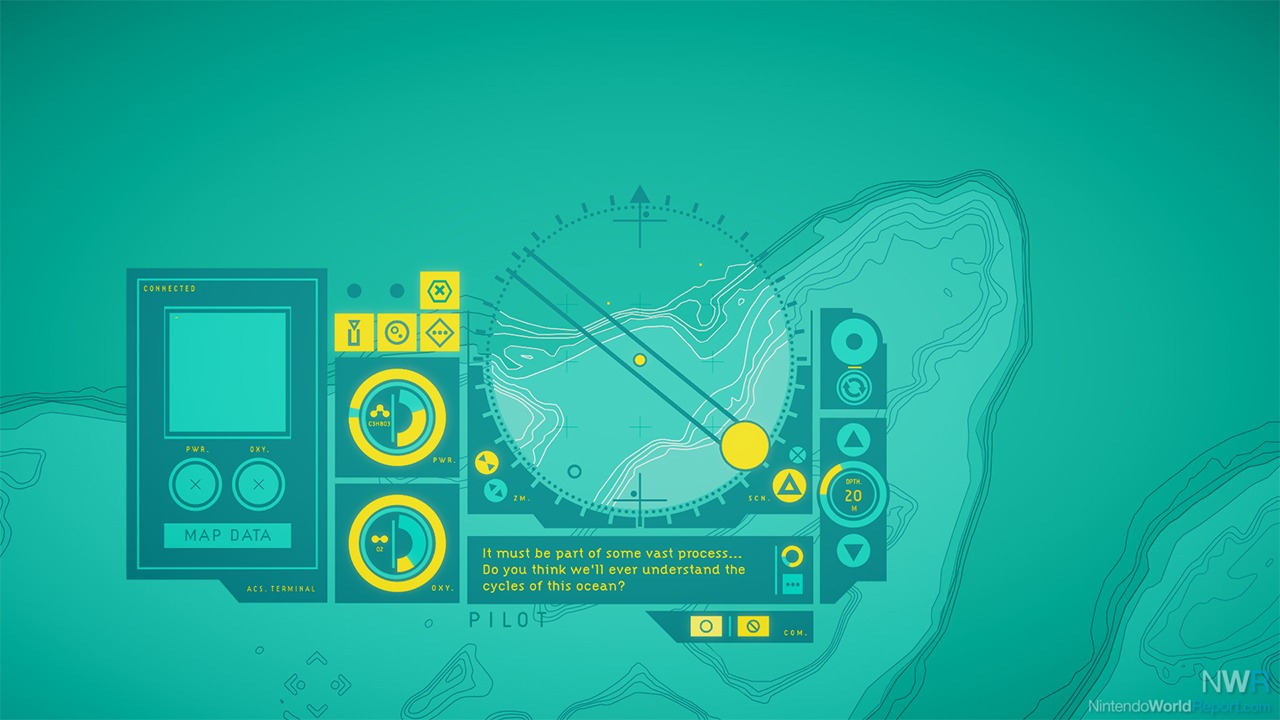 There isn’t much in terms of gameplay here, at least in the traditional sense. Progression means interacting with the control panel, an array of stick movement inputs or button selections that correspond to an action that’ll take place on screen. Hitting B will enact a doppler radar kind of ripple that highlights markers in the area, which take the form triangles for different waypoints to progress to and other symbols indicating possible underwater life. Selecting the triangle markers moves the map along to that spot, where I was able to once again hit B to highlight new points of interest within the current zone in the reticle. Each point of interest is accompanied with text describing the area being traveled to, or if yellow dots are strewn around it, I could see what kind of underwater flora or fauna exist there. In those spots, the sea life can be extracted and retained in inventory. Eventually, a terminal is reached where larger stores of samples can be kept, inspected, and then details recorded in an encyclopedic-like record. I was impressed with the amount of thought put into minute details of each living creature and plant. I don’t know whether it’s because of how involved the controls feel in action, but the dry act of scanning an area, using the right stick to highlight waypoints and sea life, collecting samples, and exploring further is oddly meditative. It’s also likely because of an accompanying dream-like soundtrack, filled with a melody that is as alien sounding as the game it’s based on. The swelling and waning of its dulcet tones evoke the sense of natural flow of water or an erratic heartbeat, swishing back and forth. What also lends to this mood is the dialogue; Dr. Ellery Vas’ conversations with you remain largely clinical, rarely showing fear or anxiety, and the glimpses of excitement appear mostly when discovering a new plant life or underwater discovery. Her perspective provides the framework through which I viewed the story, and her sterile mindset when navigating a harrowing situation is refreshing and suits the theme well. 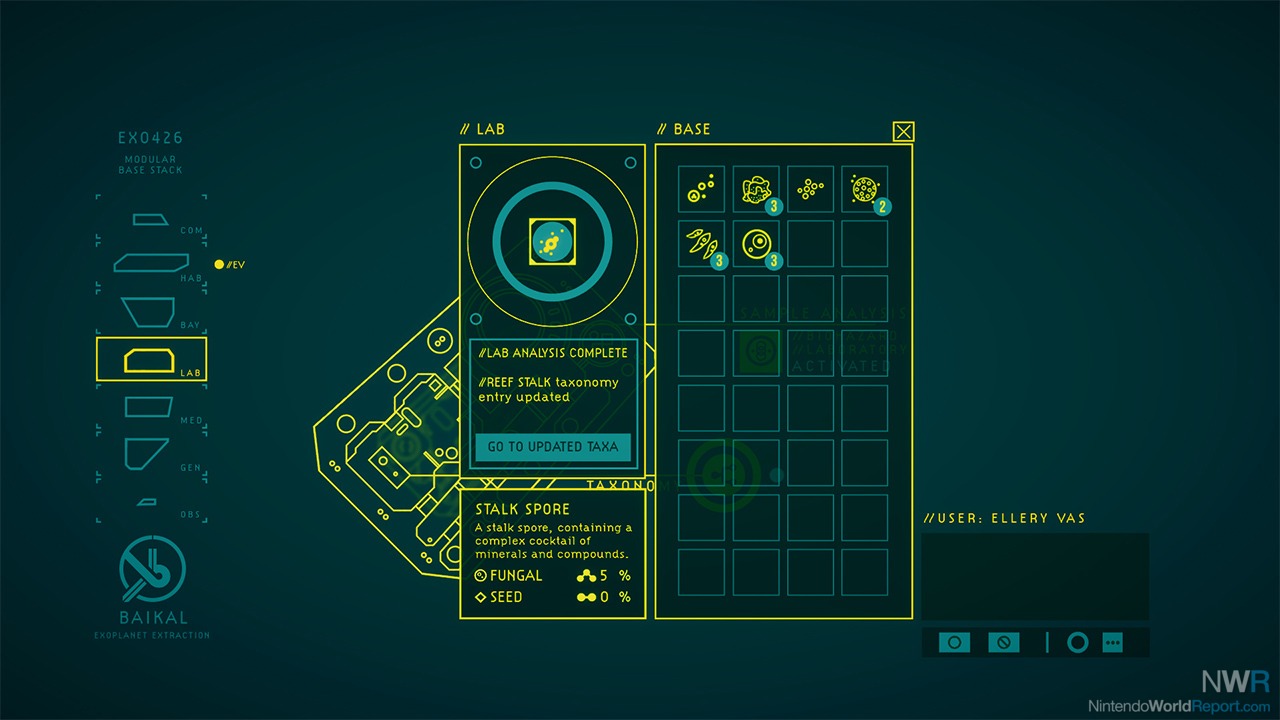 Sometimes that subtle approach can detract from progress if you don’t pay enough attention. At the start of being able to control the game, Dr. Vas gave very little direction on how to get moving. The ensuing hour was filled with confusion as I fumbled with different levers, learning through trial-and-error how to interact with the environment, and worrying whether I was overlooking important details or actions I should be taking. In a particular section of my playthrough, Dr. Vas began speaking to me in a region where there was a quicker-paced flow of water blocking progress to the next waypoints. My eyes glazed over for a brief moment as it was later in the evening at a time where I was already tired, and I missed a key clue that was meant to provide direction on how to overcome that obstacle. Patience is a virtue, especially when such information is given so seldom. Other than that, I came away from In Other Waters so pleased with the experience. While the action of playing the game is threadbare, the tone being set between the repetitive motions of exploration, your doctoral companion’s calm demeanor, a serene and mysterious accompaniment, and the satisfaction of each new discovery makes for a divine experience. If you’re looking for an interactive balm for your spare time or something to sate a sense of discovery without needing action-packed stimulation, sink into these waters and let them wash over you.