Itta be a shame to let this boss rush pass you by.

From Punch-Out!! to Shadow of the Colossus, the boss rush sub-genre has seen its fair share of classics, spanning a variety of generations. A 2D action-adventure, ITTA combines the exploration and visuals of Hyper Light Drifter with the bullet hell combat of a shoot-'em-up. A convoluted story and stiff difficulty are offset by helpful accessibility features and a brisk pace, but should you rush to the eShop to add ITTA to your Switch library?

As the titular character, you awake in a small dwelling to find your family slaughtered and mother missing. Your deceased cat becomes a spirit animal that guides you through the world as you seek to return to the realm of the living. It's likely that there is more to it than what I've described, but I found myself gravitating much more towards the gameplay than the somewhat inscrutable narrative. There are texts and characters spread throughout the world that attempt (or purposely refuse) to shed light on Itta and their situation, so you can try to make sense of it all if the story appeals to you. 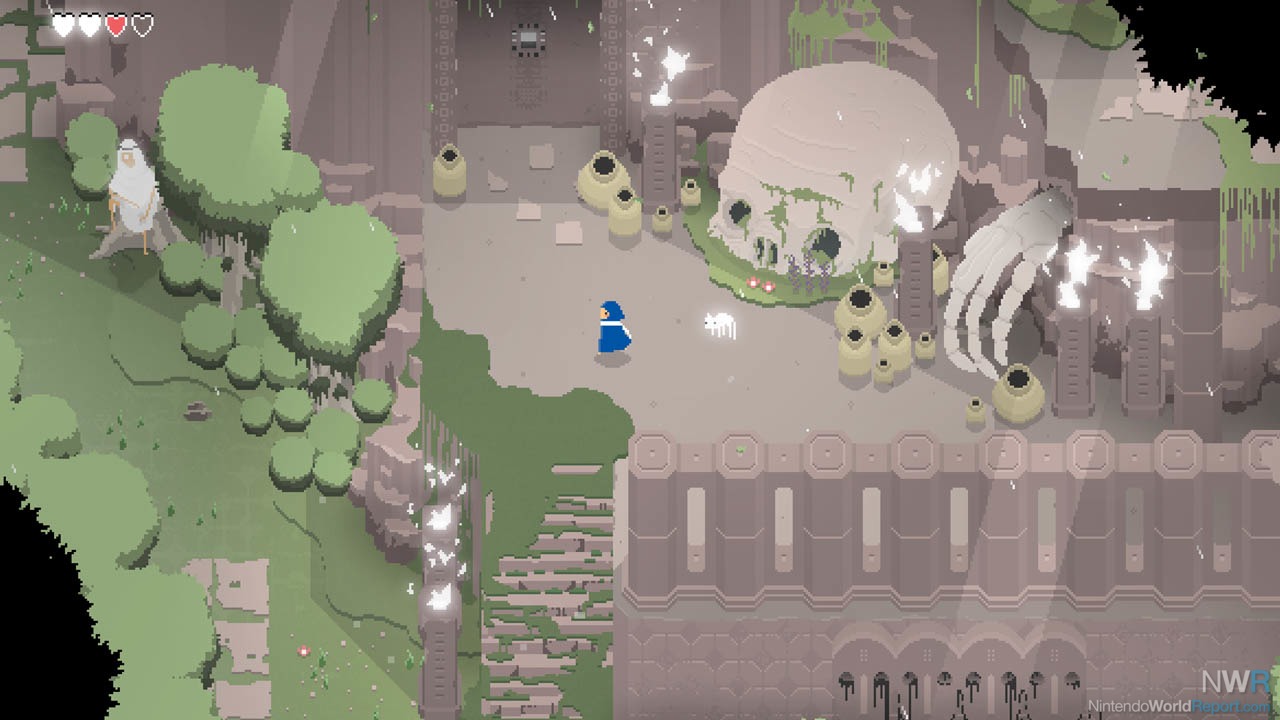 Gameplay involves moving about a series of connected areas that contain paths to new areas, NPCs to interact with, and doors leading to boss fights. By defeating each boss, you light up beacons in your old home that track your progress and unlock events in the story. There are light environmental puzzles, hidden areas, and weapons that have to be taken to a blacksmith before they can be used. A helpful map shows your position in the world and points of interest. Because each map only consists of about a dozen areas, it's easy to backtrack and hard to get lost if you pay attention to your surroundings. You can find health upgrades, both permanent and temporary, that can help if you’re struggling during boss encounters.

The real crux of the experience is the boss fights, all of which present a unique challenge that is sure to test even seasoned players. While every boss is larger than Itta, they aren't screen-filling, even if they inevitably fill the screen with bullets. As you wear them down, their attack patterns become more frantic and dangerous. Most bosses are fairly mobile as well, so you're tasked with dodging their bullets and strikes, all the while shooting them with a variety of weapons. Your arsenal, which builds up as you pick up new weapons in the world, includes a shotgun, a machine gun, and a revolver, among others. My primary takeaway is that the combat side of the game is pure and simple, but always challenging. 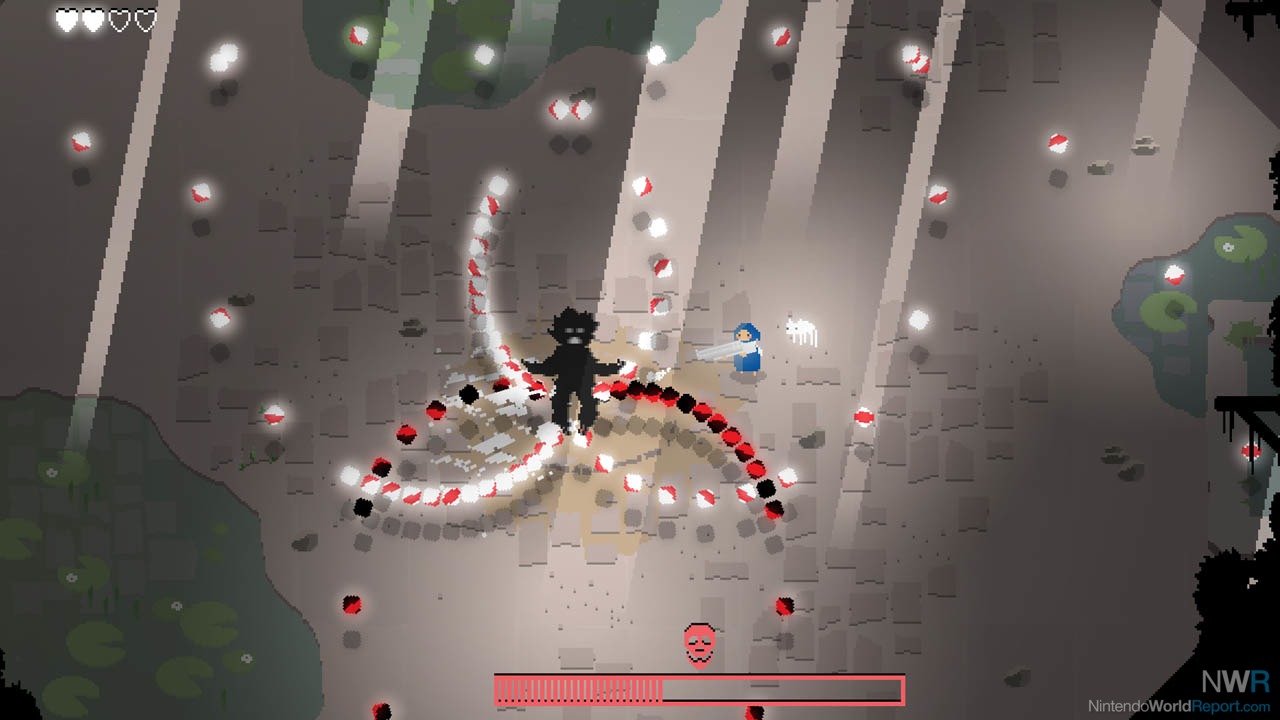 ITTA is unremarkable in many ways. It uses a muted color palette, a repetitive, droning soundtrack, and guns with bullets that are just white squares. But despite these lackluster presentation elements, the boss fights are brutal and thrilling. Seeing their health meters drop both galvanizes your resolve and heightens your dread; yes, you're edging closer to victory, but your opponent is about to ramp their attack up to 11. The 18 total bosses each present a unique and satisfying challenge, and if you find any of them too daunting, you can increase your damage by 2x or even turn on invulnerability. Fans of tough, bullet-hell style action sequences will be able to slake their thirst here, but don't go into it expecting much more than a solid boss rush.