Galaxy Warfighter is an enjoyable horizontal shooter that plays well and features a straight-forward but compelling upgrade system. There’s nothing overly complex about the game; it has 100 missions and a menu you can return to between missions or after dying where you can spend in-game coins to power-up your ship. Your primary weapon fires automatically, so most of the time you are just avoiding enemies and moving around the screen to destroy opposing ships and collect the coins they drop. Despite having a scant amount of variety and lackluster presentation, Galaxy Warfighter lends itself to those kinds of mindless play sessions where you’re watching Netflix or listening to a podcast simultaneously.

Your ship begins with a basic weapon and no special abilities, but there are a handful of upgrades you can unlock by spending coins you pick up from defeated enemies. You can increase your armor so you can take more hits, improve your main gun, add drones, and even acquire the ability to temporarily stop time (which works wonders against bosses). Each upgrade has five levels until it’s maxed out, but I had only taken my gun to level 5 by the time I hit stage 37. 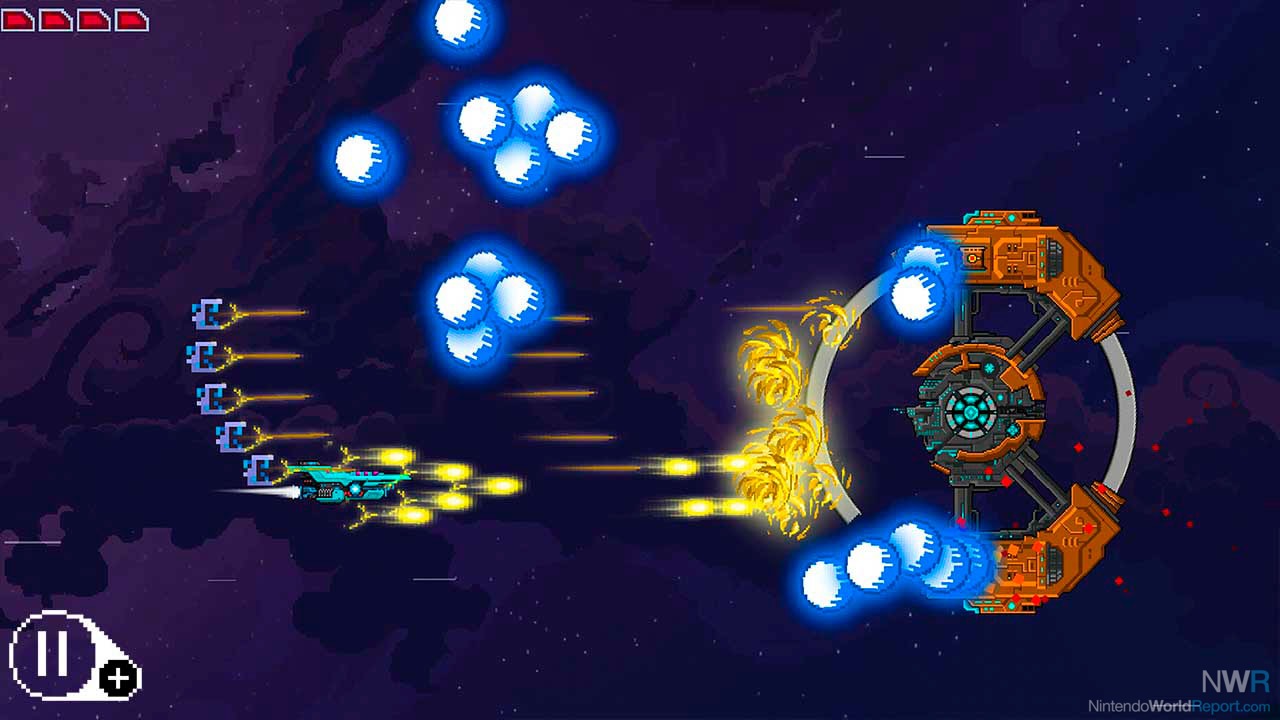 Basic enemies are really only distinguishable by their color as their attack patterns are largely the same. Every few missions, you’ll see a new enemy type, but that doesn’t generally affect the difficulty too much; it’s only when more and more enemies begin to fill the screen that the challenge really ramps up. Every stage ends with a boss, but since there are only four unique bosses, it’s likely that many players will find the repetition more than a little grating. It doesn’t help that the music and sound effects are both muted and repetitive.

The visuals of Galaxy Warfighter are one of its strong suits. The HD ships against the pixel art background work well for a horizontal shooter and make bullets easy to see. Unfortunately, the backgrounds don’t have a lot of variety, but that’s a refrain I’ve probably beaten to death: expect to see, hear, and do the same things over and over again in this game. 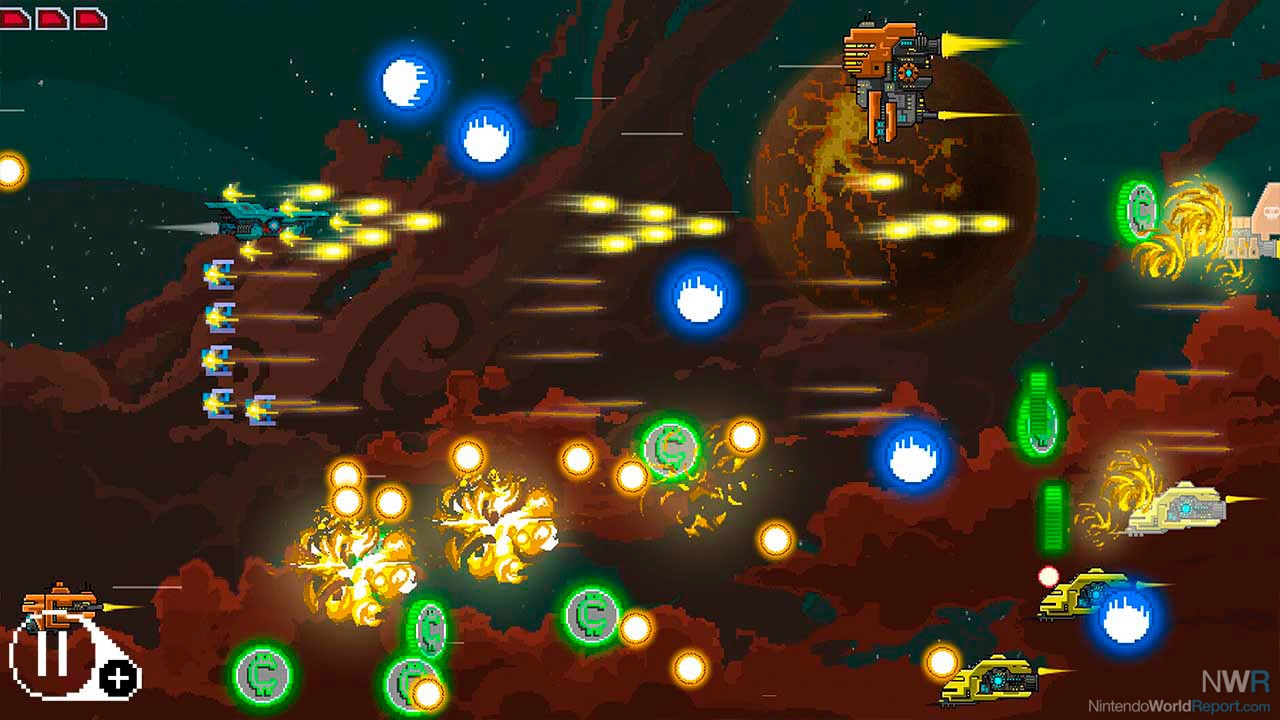 There’s something oddly hypnotic and soothing about letting your muscle memory take over as you play one of the most elementary of video game genres, and Galaxy Warfighter seems to understand this quite well. It doesn’t present new obstacles or unique events with each new mission. Instead, it’s just dozens of similar stages that get slightly harder each time you advance, but if you fail you can just spend your coins to make your ship more capable or more durable. Don’t get me wrong; this isn’t the next great shoot-’em-up, but it’s competent and playable and accessible. Galaxy Warfighter would be a great game to introduce a new player to the genre, but it’s just as good at being a background activity. Even though seasoned pilots should probably steer clear, there’s room in the galaxy for new or laid back cadets to take this one for a spin.