Some might say it’s “The Dark Souls of 2D platforming”.

Personally, I have rarely enjoyed games that fall into the Souls-like genre. Maybe I never wanted to adhere to the mantra of “Get Good,” or perhaps the combination of slow combat and exploration while having to retrace your steps after death just isn’t meant for me. These were some of my worries when I started Grimvalor. Previously a mobile title, it’s now been released for the Nintendo Switch. Surprisingly, though, while wearing its inspiration like a badge of honour, certain gameplay tweaks made this experience far more enjoyable than the behemoths it’s based on. I can heartily recommend this game to any Metroidvania-fan looking for a new challenge.

From the aesthetics to the worldbuilding and the gameplay loop, Grimvalor could easily be mistaken for a Souls-game. As the hero, you travel through several castles, dungeons, and caverns to defeat enemies and prevent the resurrection of an ancient evil. Defeating enemies grants you Soul Shards. Once collected, these shards can be spent at checkpoints or a small hub called the Nexus to either level up your character or purchase trinkets. You can also collect hidden stones in order to upgrade and improve your weapons. While straightforward, I liked that whatever I did, be it exploring or fighting enemies, gave me either shards or stones to upgrade my character. The combat is also very no-nonsense. A quick standard attack, a dodge slash dash ability and a heavy attack is all you’ll be using throughout the game. The combat felt surprisingly quick and easy to learn. Enemies telegraph their attacks, allowing you to roll out of the way and strike them from behind. When large groups of enemies attack, it feels great to dodge attacks from far away enemies and use a roll to get behind the group of enemies in front of me. 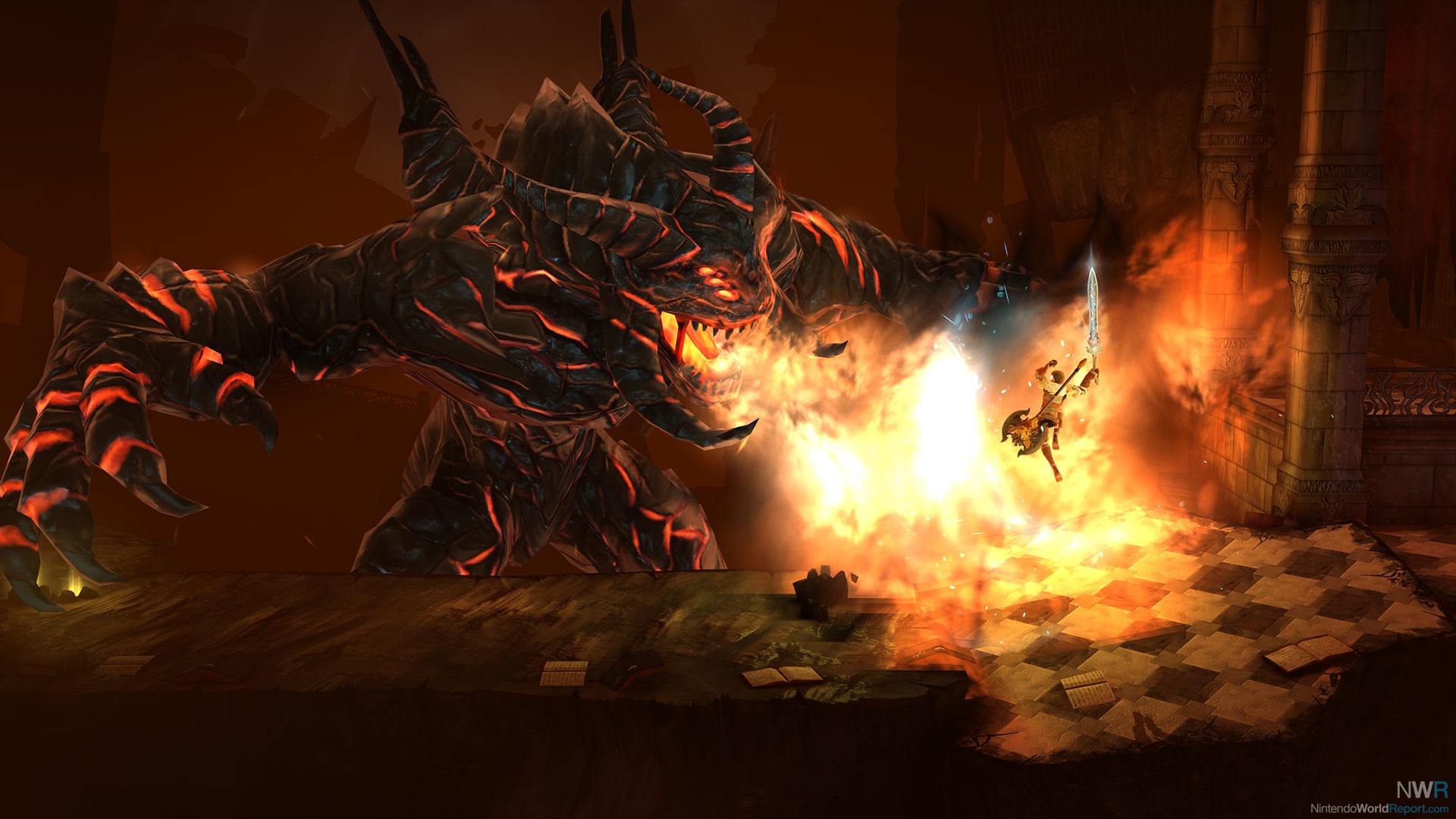 That same fluidity in the combat is also used for the traversal. At first, both the dash and the double jump feel far too floaty. In combination with the wall run, I felt like I was breaking the game, by accessing so many new places in such a short time. But in less than an hour, this clicked alongside the combat. The style of movement and exploration makes Grimvalor truly feel faster paced than other Metroidvania I’ve played. Enemies can soak up a lot of hits, but dashing and dodging away while striking them feels fantastic.

The one thing that I started to dislike about Grimvalor is its world and level design. You will be traversing the same types of terrain without any real differences. There are no power-ups or abilities that allow you to backtrack and collect other collectibles later on. Meaning that the game really feels as if it’s one run and you’re done, which can be very different from something like Dark Souls. In addition, the characters and world design don’t provide anything special. You’ve got your mysterious fantastical character that is familiar with the magical world, you have a goofy and likeable merchant, and there is a soldier who needs your help defeating enemies. There is nothing in that regard that makes Grimvalor stand out. It’s the core gameplay of slashing away at bosses and exploring the world for more collectibles that kept me engaged for my seven or so hours with this game. 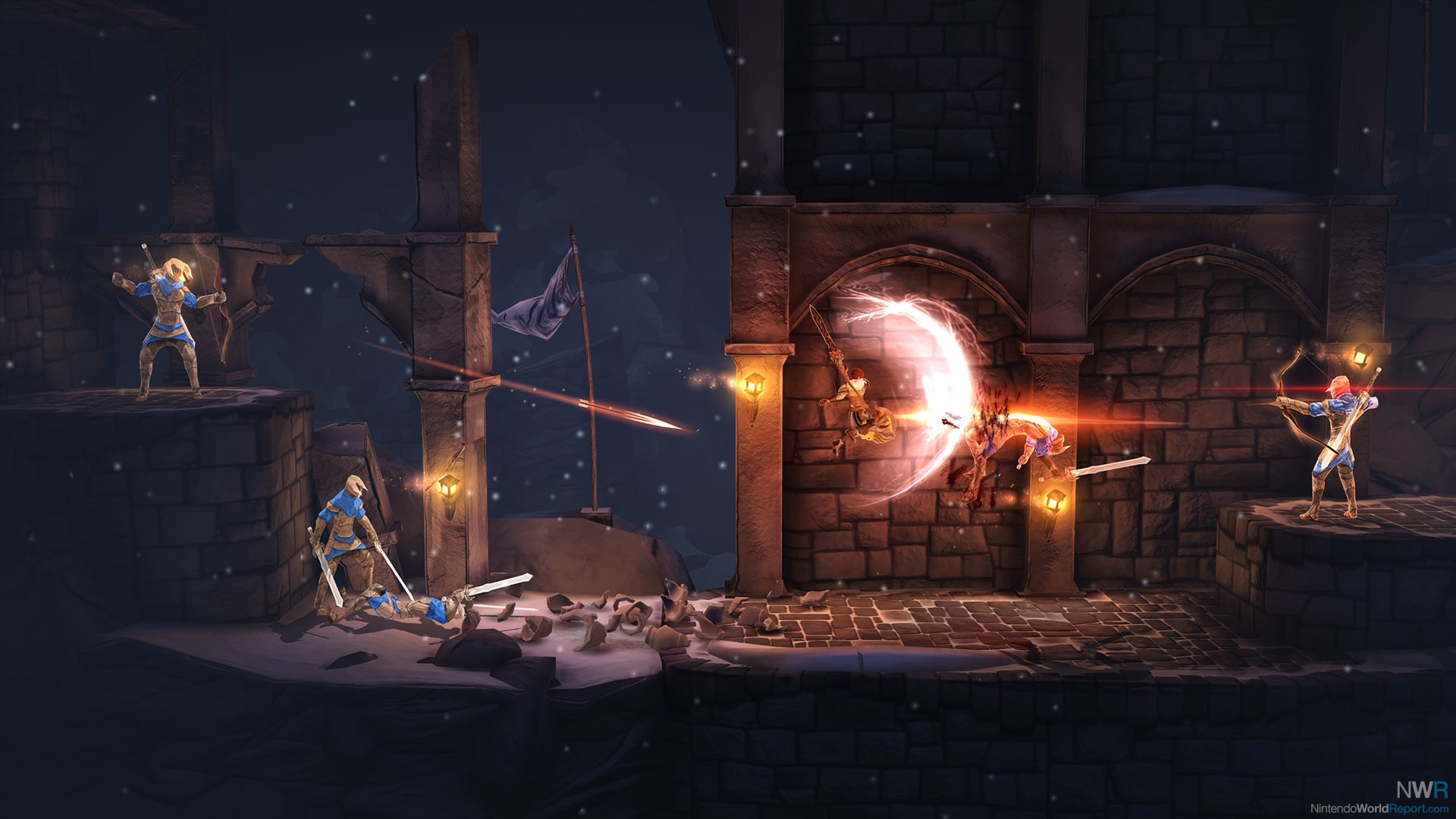 While it might be unfair to compare Grimvalor to its obvious inspiration, the fast pace and satisfying combat make it truly stand out from the crowd. The style and setting might not be breaking any new ground, but the core of the gameplay is unique in its own right. It might even provide a good challenge for players looking for some brisk action that is great in short bursts.