This legendary weapon has some rust.

The Langrisser 1 & 2 collection, a re-release and remaster of two tactical RPGs originally released in the 90s, was a complete gap in my gaming experience. Both entries included in this pack are centered around protagonists and medieval fantasy stories and settings that see you needing to obtain the Langrisser, a legendary weapon. While Switch owners are blessed with a bounty of tactical RPGs, as a fan of the genre I’m always interested in finding new franchises to see how they stack up. 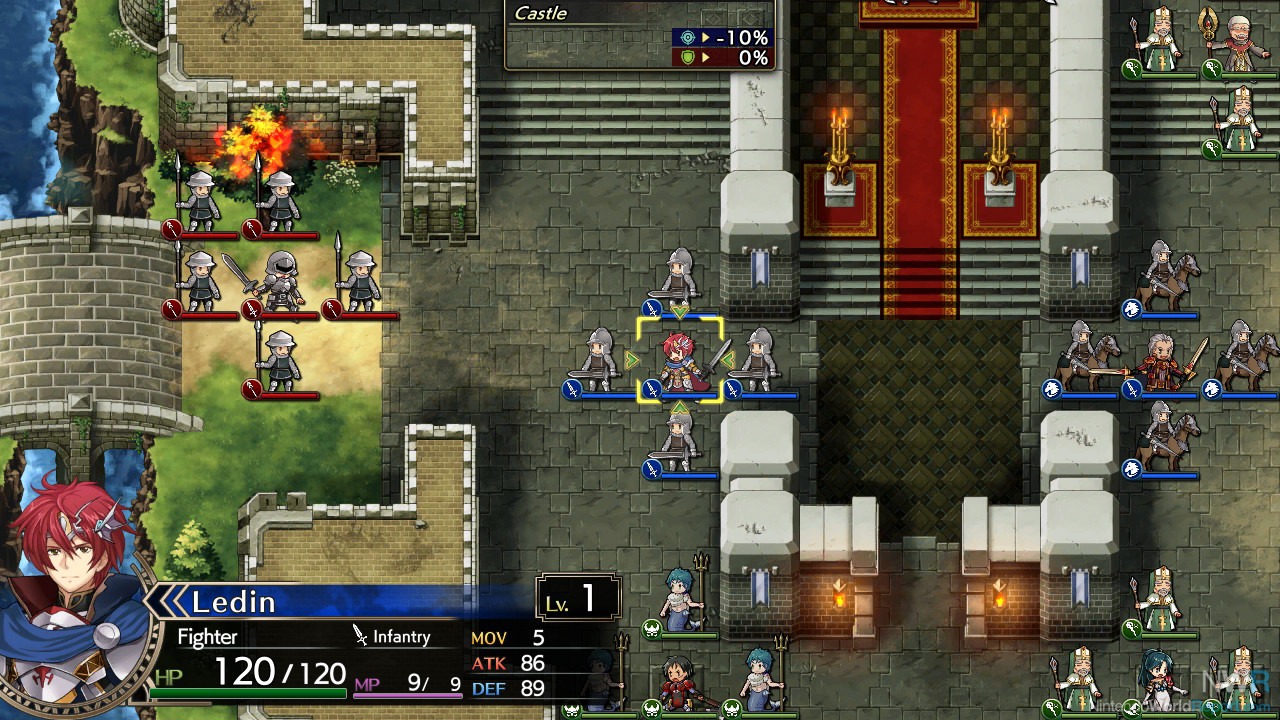 Missions play out how you’d expect from something like Fire Emblem, with some minor but meaningful differences. The party is comprised of several heroes, the primary characters of the story. Each of them has special moves and/or magic, with attributes that are strong or weak depending on the enemy you’re encountering. Hero characters (other than the protagonist) are not subject to permadeath; rather, they simply exit the battle until the next round. Prior to combat start, up to four support units are hirable. You select and utilize these units similarly to how you control the heroes, except without the benefit of the special moves or magic spells the heroes can employ. Additionally, these mercenary units are considerably weaker than their hero counterparts, so while they are strategically useful when chipping away at an enemy’s health or blocking-off a path, they’ll rarely be used for more than cannon fodder.

Langrisser 1 & 2 differentiate themselves from others in the genre with mixed results. Most missions are practically impossible without paying for mercenary troops, but this turns every battle into a war of attrition, with you as a commander of dozens of units. Heroes have job class progressions which can be earned via points you gain by the number of generals who are downed by that character, offering nice ways to branch-out their core competencies. One quirk I found strange is that you can only use magic spells if the character hasn’t yet moved in the turn, and once you do, that uses up the turn. It became a unique wrinkle on how I strategized each turn that felt positively distinct, even if I didn’t appreciate it at first. 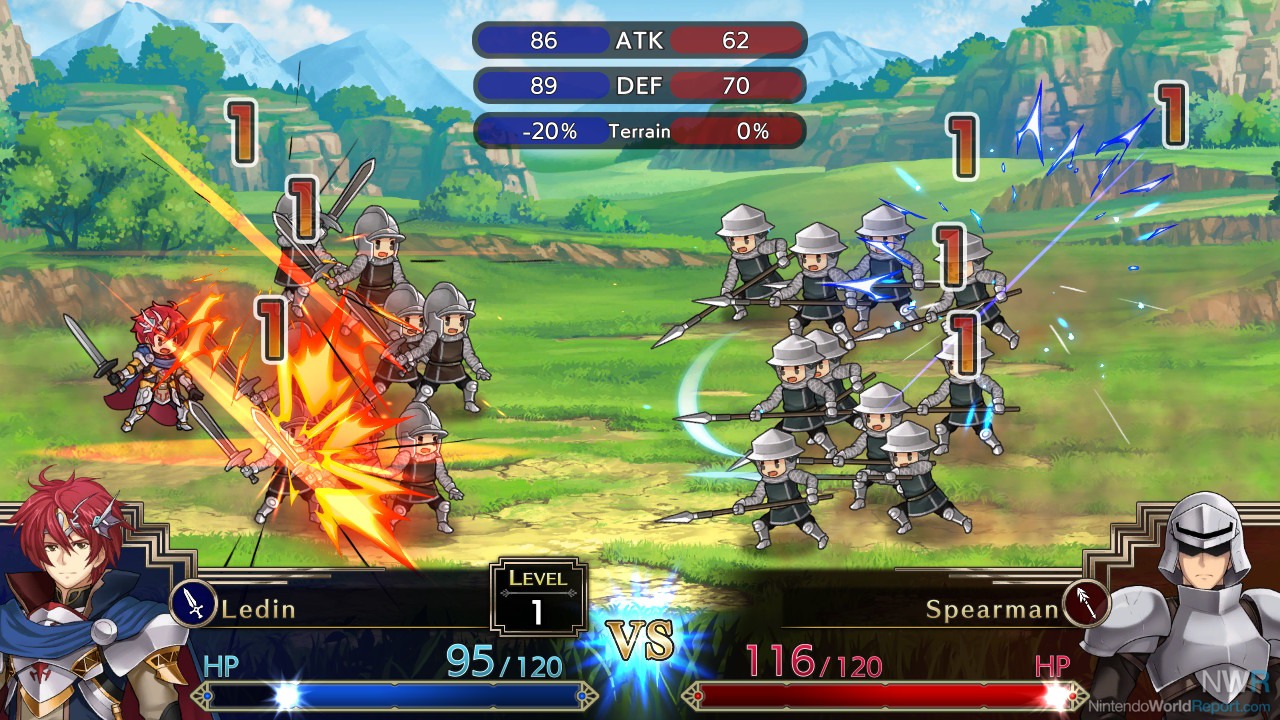 As a remaster, this collection is stylistically all over the place. There have been visual updates in the map backdrops, character models, and character portraits. Being able to swap the new maps and character portraits with the original versions on the fly is a welcome feature, but the character models are not changeable. These units, which have a very simple, clean, inoffensive look generally end up clashing hard with the more classic, pixelated original backdrop. The portrait swap option only dictates a choice between whether you prefer the more 90s or current anime style and is largely inconsequential except for one or two that haven’t aged well to a hilarious extent. The soundtrack has some good musical pieces, but the tone is similarly disjointed. Some tracks have a more typical medieval fantasy vibe; others are flush with a variety of guitar riffs and a sweeping stringed instrument section which feels haphazard when put together.

That disjointed nature was inherent throughout my time with this collection, and while distracting at times, it was never enough to sour the entire experience. The Langrisser 1 & 2 collection is a pleasant tactical RPG collection with some gameplay quirks that range between novel and grating, and audiovisual stylistic choices that at times suit it well and at others are baffling. Overall, the core experience in this collection is sound enough to overlook the wild swings in presentation quality.