Pastel looking Pokemon carry you through the slow opening moments.

I feel I'm in an odd position to review this. While I tried some of the Pokemon Mystery Dungeon games, I never really completed one. For the last few weeks, I decided to take my time with the title and discover what the oh so important gameplay loop was all about. I'd call my experience with it ''surprising''. Surprising in the sense I quickly appreciated everything the game threw at me. Rescue Team DX is quite enjoyable, even if not all parts really hold their end of the bargain.

In Rescue Team DX, players partake in a roguelite adventure where they hop into mysterious dungeons. In these grid-based challenges, you will go from floor to floor and fulfill any mission to the best of your abilities. There are enemies to fight, traps to avoid and items to gather in a slew of missions that can keep you going for hours on end. Pokemon Mystery Dungeon is forgiving in the sense that failure isn't punished too harshly. When your party falls, the only things you lose are the collected money and items, and there are ways to get those back. You can also ask help from another team online, or even use a backup team to finish the job you started. 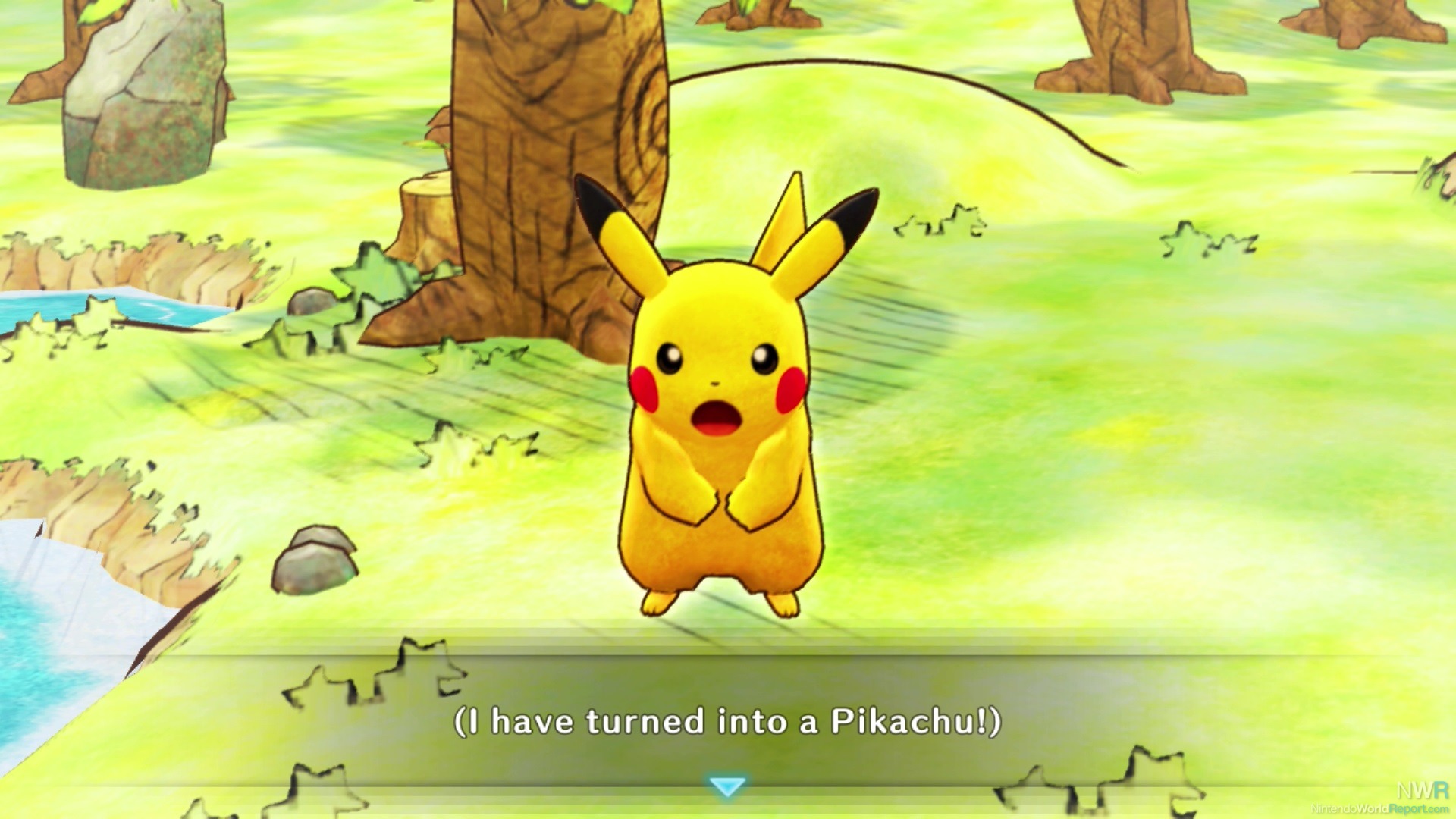 Pokemon Mystery Dungeon comes down to strategy. With the grid based nature of the dungeons, it is fun to plan out a way to the next floor. The battles are fast, quickly give experience and allow you to continue on without a care in the world. Obviously, your hit points need to be kept in check at all times, ensuring that you can continue your marathon runs further down the hole. It comes down to using items wisely and continuously moving. Every step replenishes a single HP, so avoiding enemies might sometimes be the better option. It has a very structured set of rules, which makes it easy to really get a knack for the journey. I will freely admit, however, that there is room to improve. For example, the item quests leave you in the dark quite a bit, and I wish they could give more helpful instructions sometimes.

Speaking of leaving you in the dark, what is up with bringing in new Pokemon for your party? When you defeat a pocket monster, they might ask you to join your rescue team. If you can keep the Pokemon alive from that point onward, you will be able to keep the Pokemon as your own. There is another catch - you will need to have built the right Rescue Team Camp for them. There are different camps that need to be built over the course of the game, so it is extremely likely you will encounter a monster of which you don't have the camp. The initial rush of seeing a new Pokemon quickly deflates when you realize you can't use them for the long haul. It is a little frustrating. Oh, and just in case you're wondering, they only added a handful from later generations. They are mostly evolutions of Pokemon already included in the original game.

That being said, Pokemon Mystery Dungeon: Rescue Team DX really isn't that hard of a game. Unless you like to go off the beaten path, it can be easily cleared without any massive roadblocks. Sure, you might lose a few times, but that is more down to the mistakes you've made. The game makes it easy to track what you're doing, giving you multiple attack and defense options, even in dire times. Outside of the opening hours, which go by too slow for my liking, I don't think that I'm terribly bothered by this. Now, the post-game on the other hand, that is where things really take a sharp turn. Rescue Team DX really starts throwing punches at you, and wants to see what you're made of. I found this the most thrilling moments I had with the game. There was an unparallelled challenge that took a lot out of me, and made for a brilliant thrill ride. 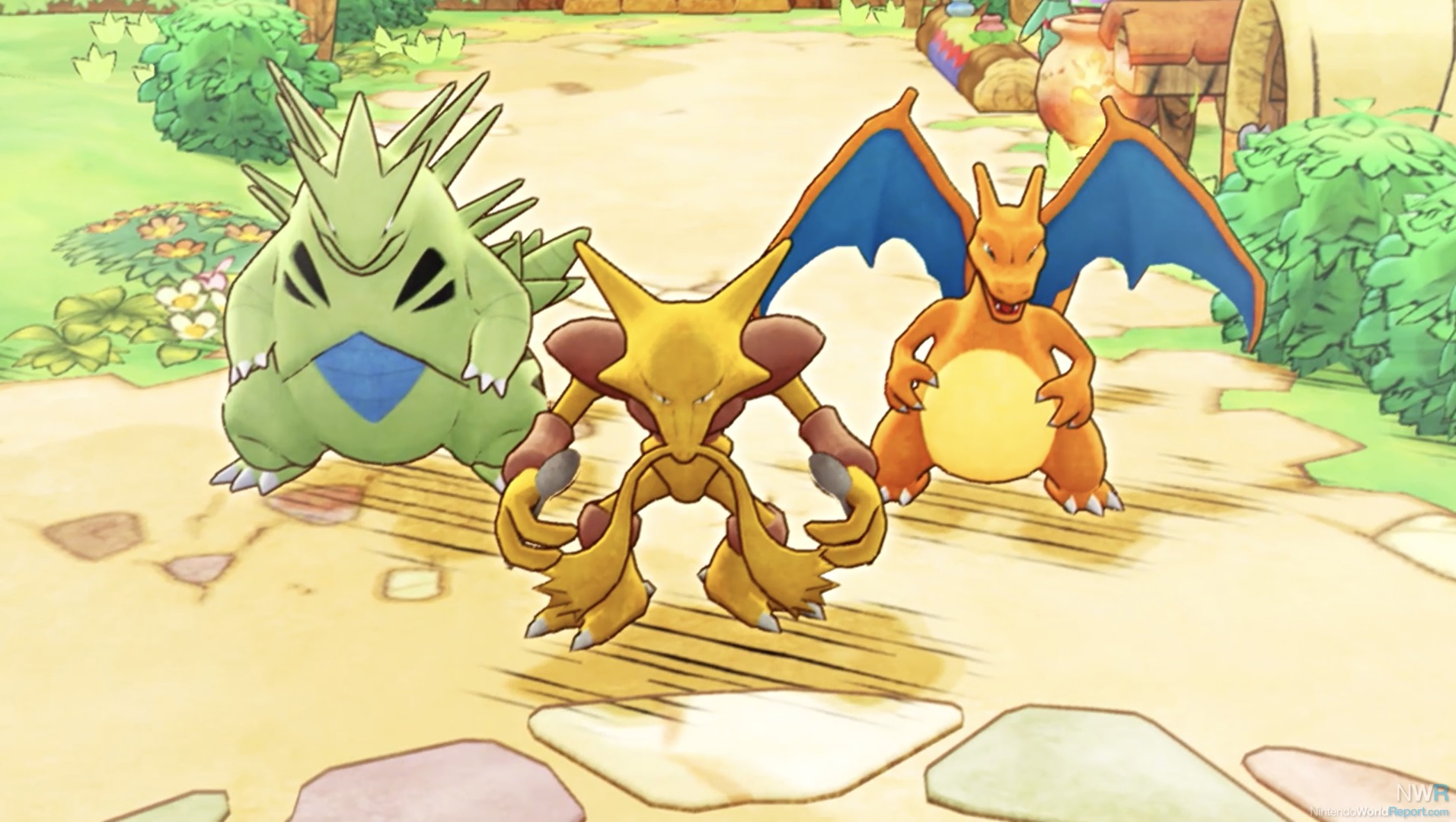 Personally, what I found the most baffling about this DX version is what they added. For all the praise I gave the gameplay loop, the developers found it needed to include an auto mode. This takes away control from the player, and makes the game do the moves for you. The only thing you personally do is attacking with the A-button, which really takes the fun out of the game and I'm not sure why they opted to include it. There is also a training dojo that trains your team within seconds. While it is super handy for the post-game content, I barely used it as the main game gives you more than enough experience.

Back on the positives, I think that the story is charming. While the monsters aren't overly animated, the interactions between the various creatures is great. You shouldn't expect anything too deep, but it builds up a world where Pokemon can clearly understand one another. Together with your rescue team, you’re off to make the world a better place and that is what matters. On equal footing, I think that the presentation is pretty nice looking. The pastel looking world may be a little stiff, but the set pieces are quite nice and built with the Nintendo Switch in mind. My favorite part is the soundtrack. The fair share of tunes available really blew me away and kept me excited throughout.

Pokemon Mystery Dungeon: Rescue Team DX is an enjoyable game with its fair share of highs and lows. The gameplay loop is really entertaining, even if it only gets challenging in the post-game. The game may seem stiff, but the presentation in general is quite pleasant. Every nice thing I have to say, there are a few things that don’t sit right with me. Overall though, the flow of the game knows how to stay on top and kept me hooked until the very end. The improvements are more or less throwaways, but the core adventure is still a solid one. That is what counts in the end.