"Whatever you do, do it well." - Walt Disney

Full disclosure: I love platformers. In fact, it would probably be a safe bet to call them my favorite video game genre. No matter how many years I have played them, the gameplay of jumping from left to right onto various platforms somehow never seems to get old. Now of course, I have played tons of platformers that didn’t feel great, and frankly, just weren’t fun. So how does developer Retroid’s latest eShop release stack up? Fortunately, Wunderling has a unique twist that ends up being satisfying, cute and most importantly, fun. 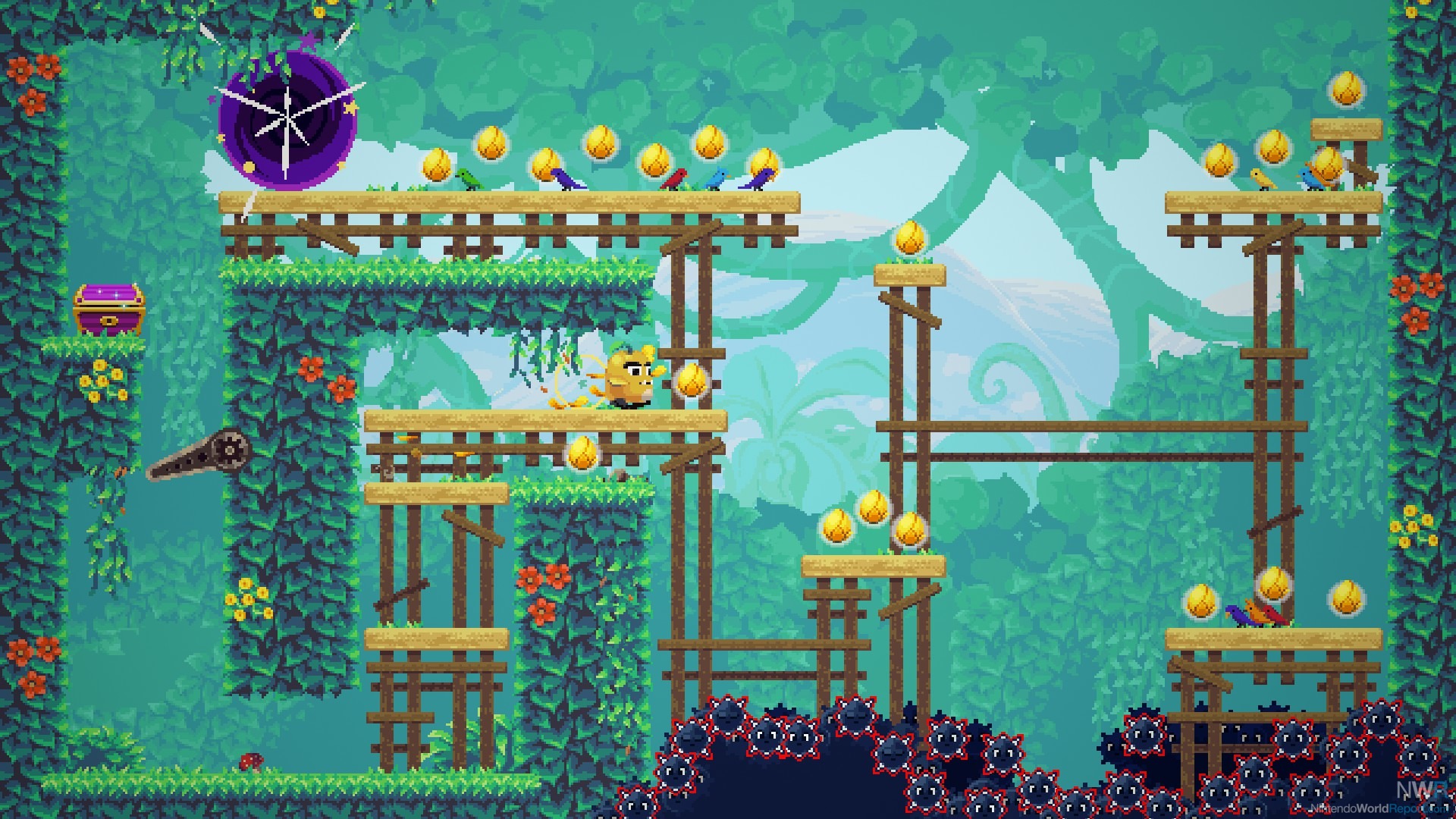 Wunderling starts out as a single-button, forced-running platformer. A good reference point for Nintendo fans may be Super Mario Run (released on mobile devices), but Wunderling is a bit different in its structure, which is extremely simple. The goal is straight-forward, but only in a metaphorical sense, for the levels are far from being one direction.

The story follows a hero journeying across the land to save a princess, with a dastardly evil witch trying to stop him. Trying to think of new ways to catch the hero, the witch empowers a tiny little minion, the titular Wunderling, to chase the hero down by jumping through a series of diverse and enjoyable levels. The catch here is that Wunderling only moves one direction at a time, only changing when he bumps into walls. With a few fun additional abilities, that’s basically it gameplay-wise. And you know what? It totally works. 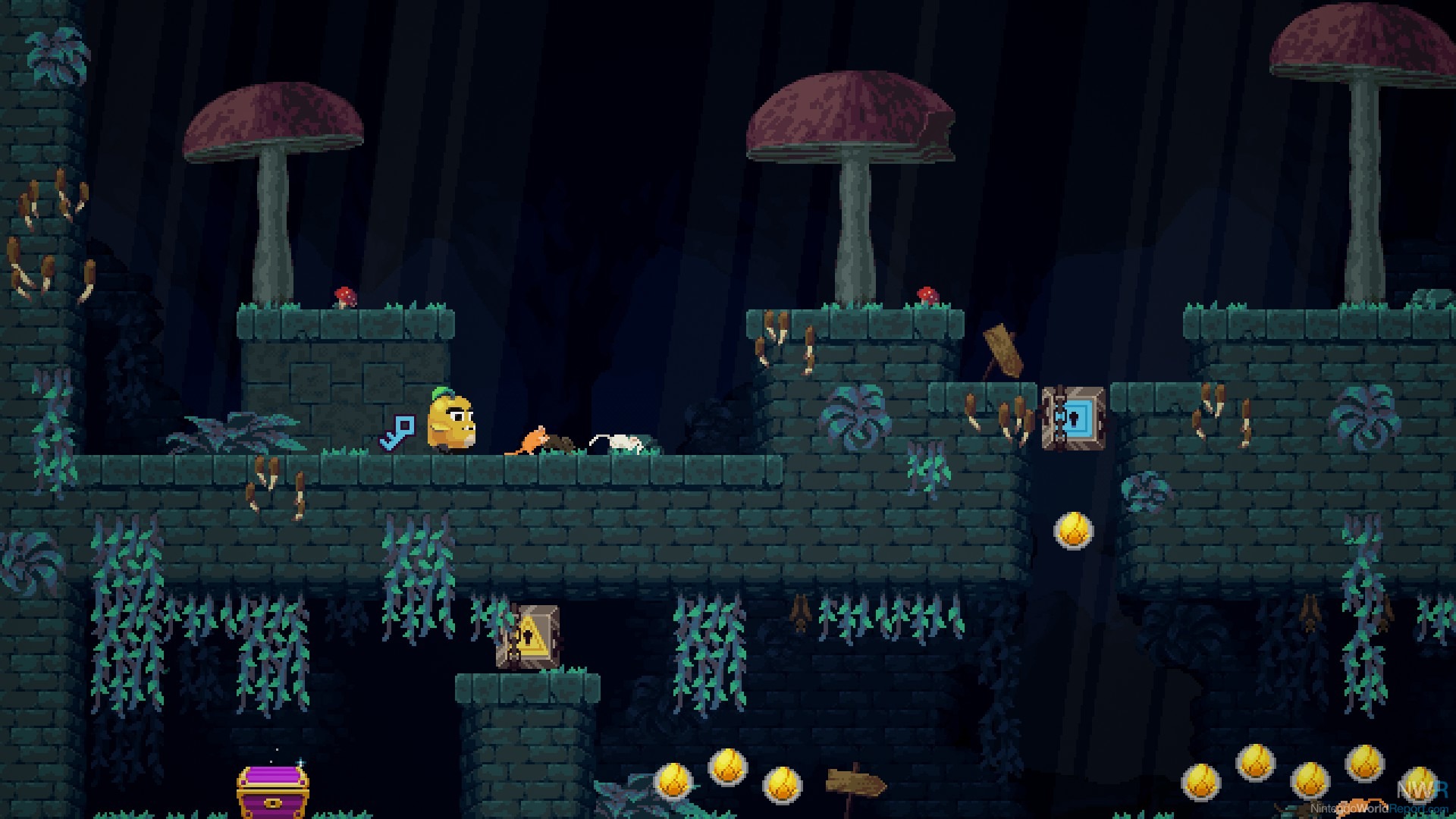 In each level are little seedlings sprawled out around the terrain. These not only scratch that delicious collect-a-thon itch, but also refill your dwindling stamina meter. This rudimentary system ends up being quite brilliant, for it both forces the player to not die (in a surprisingly calm way) and helps the player to figure out any puzzling parts they are stuck on by subtlety showing what’s possible and what’s not.

While the simple controls are nice, feeling both floaty and tight, the level design is really what stood out the most. It really is wonderfully clever. Adding to the overall cuteness of the game, every level has a treasure chest to find that grants a unique piece of clothing or an accessory to deck out your adorable character. 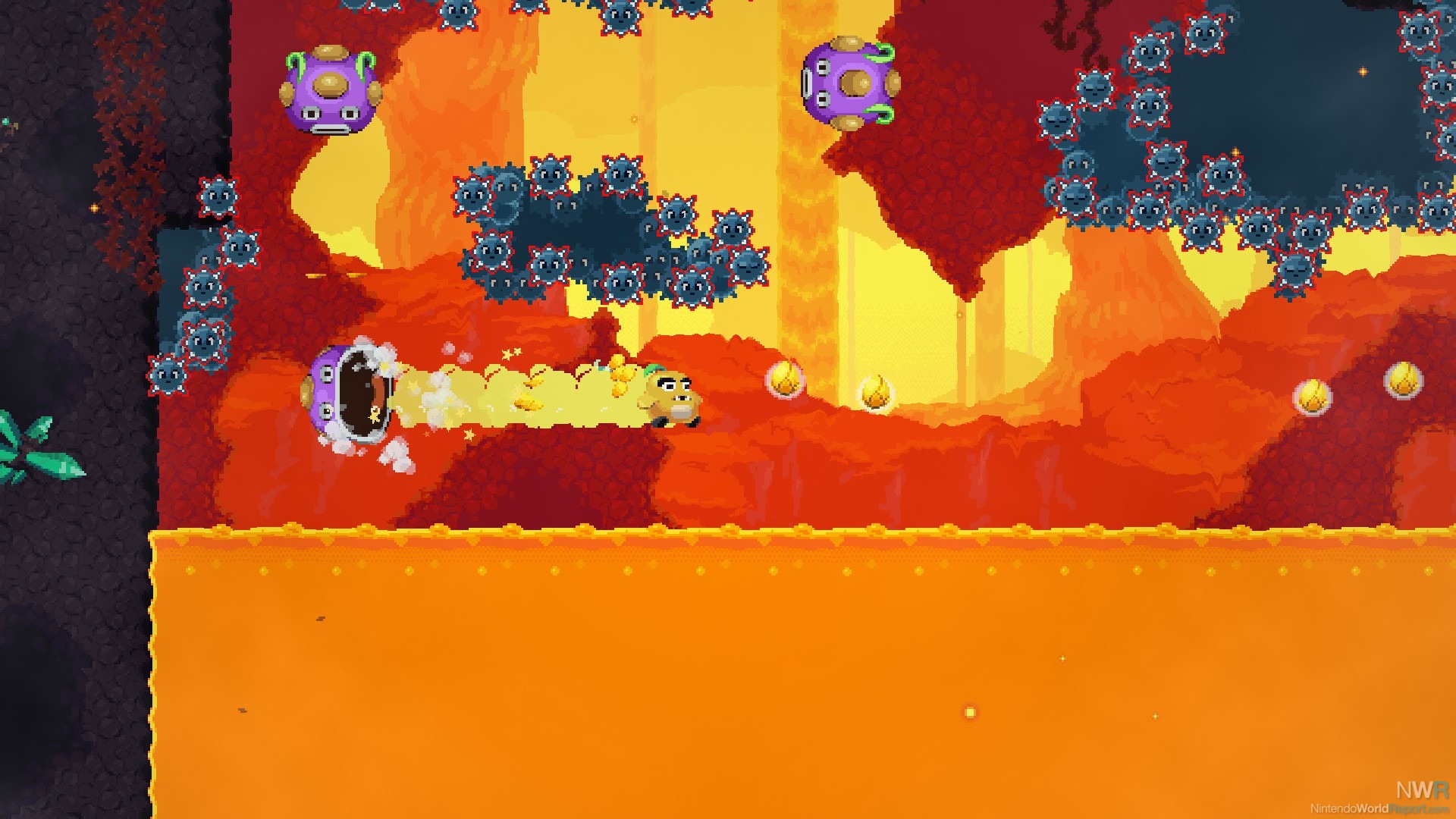 Some levels even have secret exits that unlock bonus levels, and by golly these can provide quite the difficult challenge to surmount, or just even to locate. I had to use every single physics trick that I could think of to overcome some of these puzzles, and what resulted was just some good ol’ video game fun. Unfortunately, there were times when starting from either the beginning or a checkpoint after a failed attempt would take a long time just to get back to the challenge I was trying to accomplish. Basically, there’s a good chance that you will play some somewhat large parts of levels repeatedly if you are going to try to 100% the game.

All in all, Wunderling was as fun and cute as I would have hoped. The simple controls are a welcome change from the standard side-scrolling platformer. The level design is really spectacular as well, leaving me smiling many times when I finally figured out how to get to certain places. Somehow, the platformer genre continues to entertain me, and Wunderling does a great job of bringing something both fresh and tried and true.