When Panzer Dragoon released on the Sega Saturn back in 1995 it was one of the few games available at launch for the system. It made for a solid technical showpiece for the system, with its diverse levels, large enemies, and fully textured environments. Its gameplay was similar to rail shooters like Star Fox but with the option to freely move the reticle independently from the player character. In fact players could turn all the way around with a full 360 degree field of view allowing them to fend off attacks from any direction. It would be followed by two full fledged and multiple spin offs including a handheld version for the Game Gear and a JRPG. Since the release of Panzer Dragoon Orta on the Xbox in 2002 however, the series has remained very quiet. Now with Panzer Dragoon Remake available on Switch, is there hope for a revival, or has Panzer Dragoon already aged itself into obscurity?

Just like the original version, Panzer Dragoon is a rail line shooter. You’re equipped with both a standard and charge shot, the latter of which can lock onto multiple enemies. The L and R buttons will turn the camera 90 degrees so that you can turn to quickly take out enemies behind you or flanking you. It consists of seven stages making up about 30-45 minutes of gameplay on average. Like other games of this style there is a heavy focus on high score and replay. Unfortunately, there are no online leaderboards present but the Switches screen capture makes sharing high scores relatively easy. Its brevity is countered somewhat by some very long loading times between levels. However given that they only occur between levels, which are fairly lengthy themselves, it only gets annoying in the event that you need to reload after death. 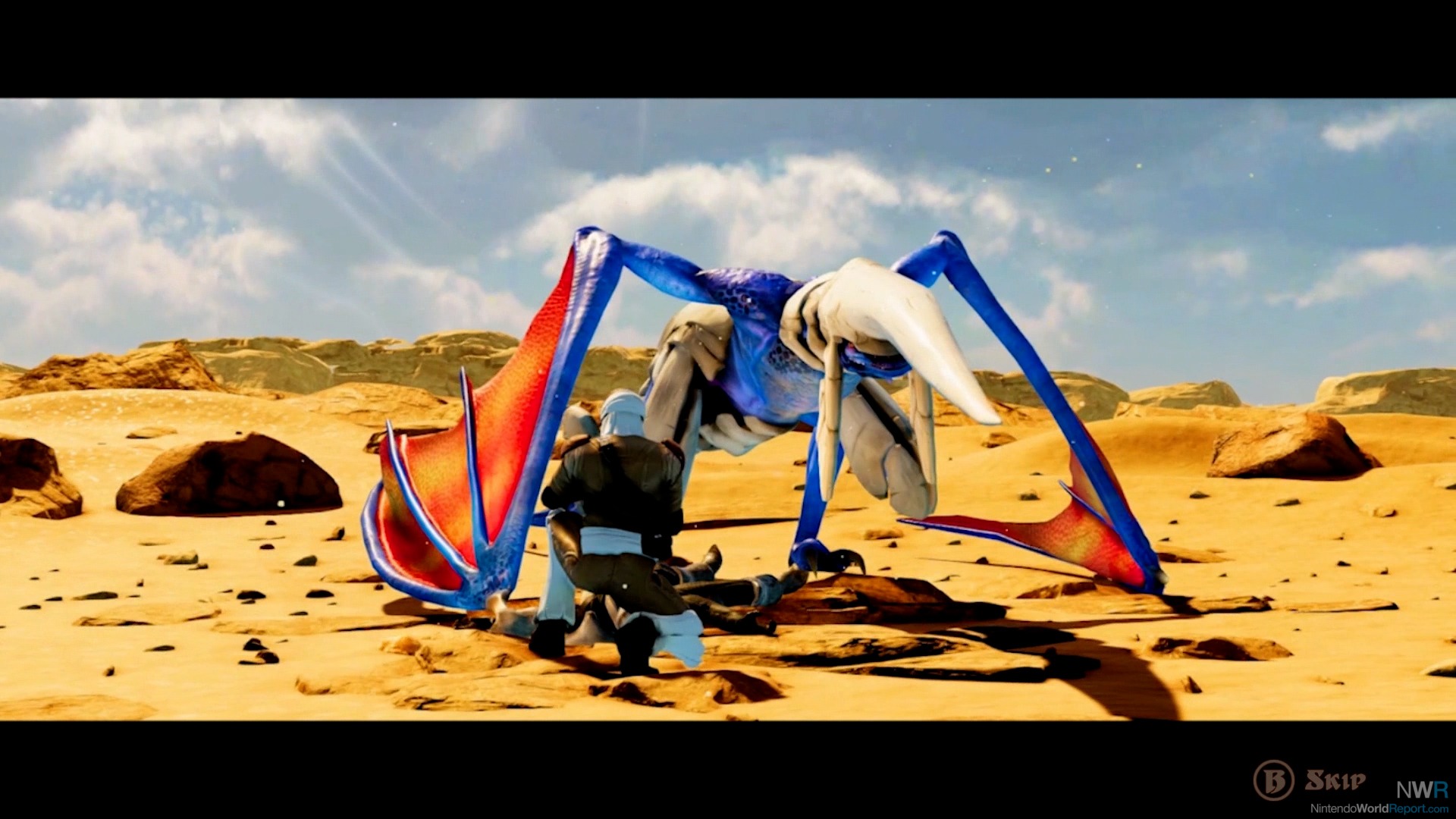 Developed by the relatively unknown MegaPixel Studio, Panzer Dragoon Remake right away gives the impression of a very small team trying their best to deliver above their budget. The game opens just as the original did with an extensive cutscene detailing how your character became the rider of the blue dragon. The entire cutscene has been remade from scratch but still stays very true to the original. In fact at times it stays a little too true, mimicking stiff camera movements or awkward animation. This trend is ultimately a sign of things to come as Panzer Dragoons greatest weakness is often in its adherence to its source material.

This isn’t to say that the original Panzer Dragoon isn’t good, I happen to like it very much. However a lot has changed over the past 25 years, and there is a line between adhering to the original vision and being held back by limitations that are no longer in place. For example, as you fly through a level you’ll often notice the dragon making rigid turns as it moves along a path that perfectly mirrors the original. Enemy animations match the original but look out of place against the HD visuals. But once again this isn’t to say these things make the game bad necessarily, at least they won’t for every player. Panzer Dragoon Remake plays just as well on Switch as it did on Saturn, save for some rose colored glasses. What makes this gameplay feel a little out of place in this instance is a presentation that while not groundbreaking, looks very modern. 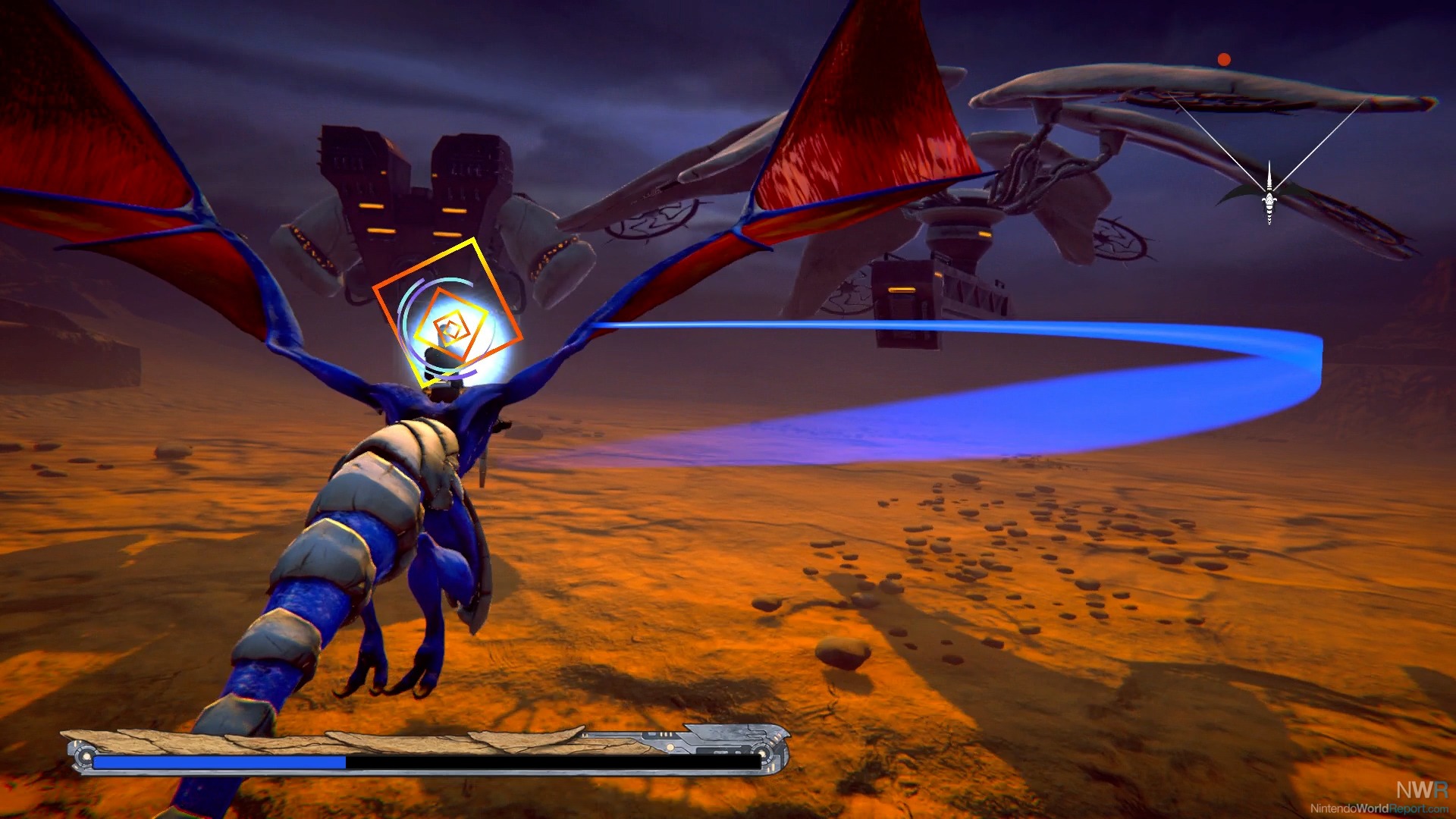 As I mentioned earlier Panzer Dragoon Remake definitely gives off the impression of being developed by a very ambitious but small team. The world certainly has some rough edges, but overall the interpretation of what were often flat planes into a full fledged environment deserves a lot of credit. I was worried that the environments would either feel too different from the original, or would adhere too closely and not appeal to modern players, but the developers have found a great balance. My only minor visual complaint is that the dragons animation is much more dramatic this time around, and causes it to bob up and down much more than it used to. I found it getting in my way a little too often. The music, which was always outstanding, remains so in this remake. Currently only the original soundtrack is available, with a remixed version coming in a patch. For myself, I found no issue with sticking to the original tracks. They are high quality and stand up fantastically to updated visuals. That being said I do look forward to possible further improvements from an updated version of the soundtrack. It is this adherence to improving without breaking that is so obvious on the auditory and visual front that I find missing from the gameplay. 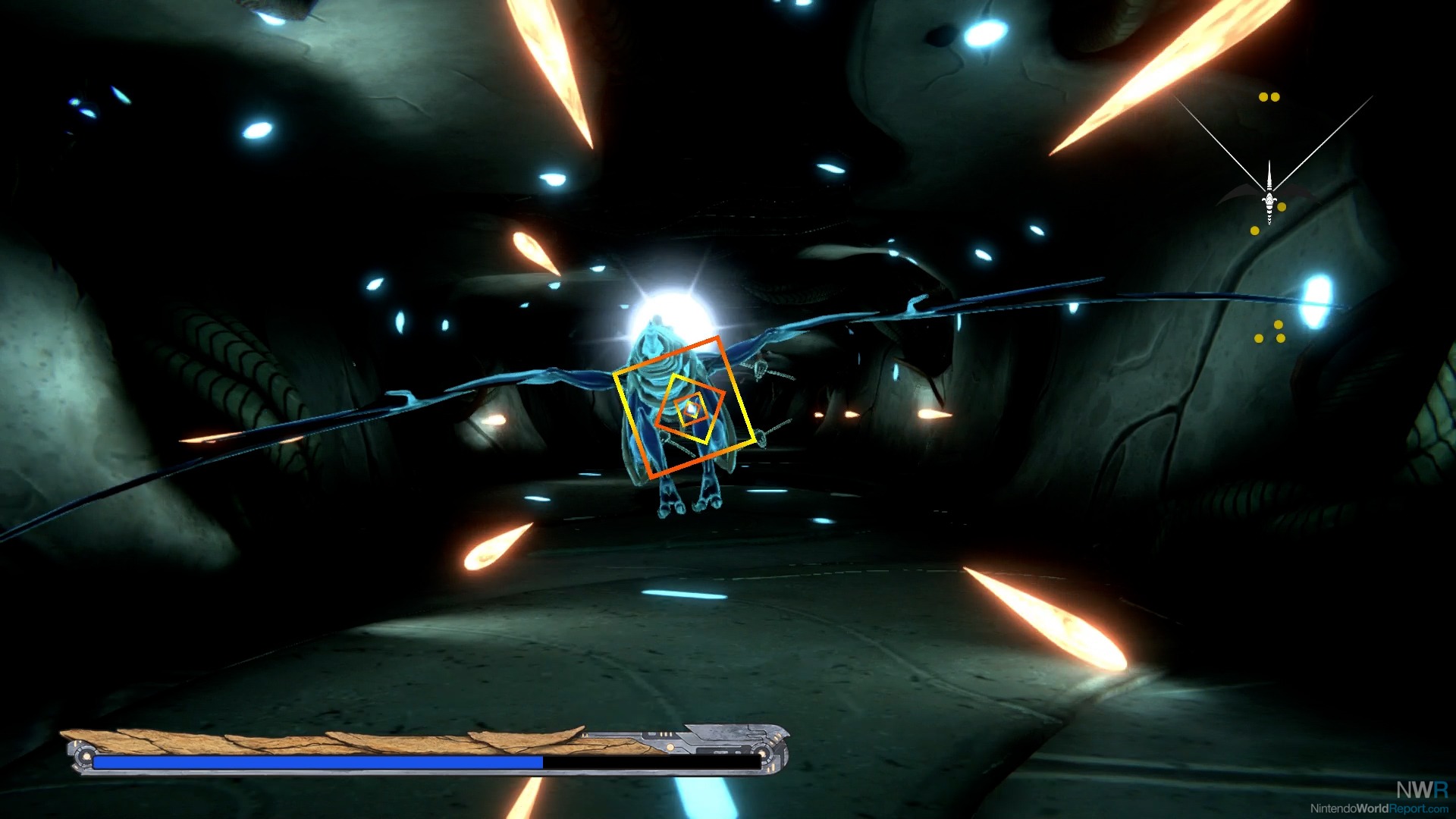 Panzer Dragoon Remake offers two different control schemes along with options for inverting the Y axis. These options cannot be changed without returning to the main menu, so make sure they’re set the way you want before you jump into the game. By default you’ll be set with the classic controls. This means your dragon’s movement will be tied to the left stick and the targeting reticle will follow your movement. A modern control setting is also available which gives control of the reticle to the right stick, reflecting the controls of the later Panzer Dragoon games. This is the one major gameplay change made from the original to the remake. Given that these games are all about turning to look around as you fly, I find separating these controls to be extremely helpful and I highly recommend the modern option.

Panzer Dragoon Remake is every bit as good as the original. Unfortunately its modernization in some areas but not others, only shines a light on its age. It suffers from many of the same problems that any early 3D game brought into the modern age without some refinement does. It may look and sound like a brand new game, but underneath all that is a Sega Saturn game from 1995. Does that mean it's bad? Not directly, but you may occasionally need to remind yourself what you’re playing. It is merely unfortunate that with the same degree of care that was paid to its visual and auditory departments, the gameplay truly could have been given new life. I still find myself having a great time playing it, and look forward to improving my high score, but I can’t help but dream of what could have been.