Lo-fi hip-hop bus to snake to.

Snakeybus, outside of being a very silly name, is a very descriptive one. It’s like Snake, the top-down 2D game of collecting dots, expanding the length of your snake which you must avoid contacting with your head. With Snakeybus, this concept has been reimagined as a 3D game of controlling a bus, collecting passengers, and letting them off at randomly generated drop-off points on the map. Doing so extends the length of the bus by several cars each time, as well as increasing the passenger capacity. 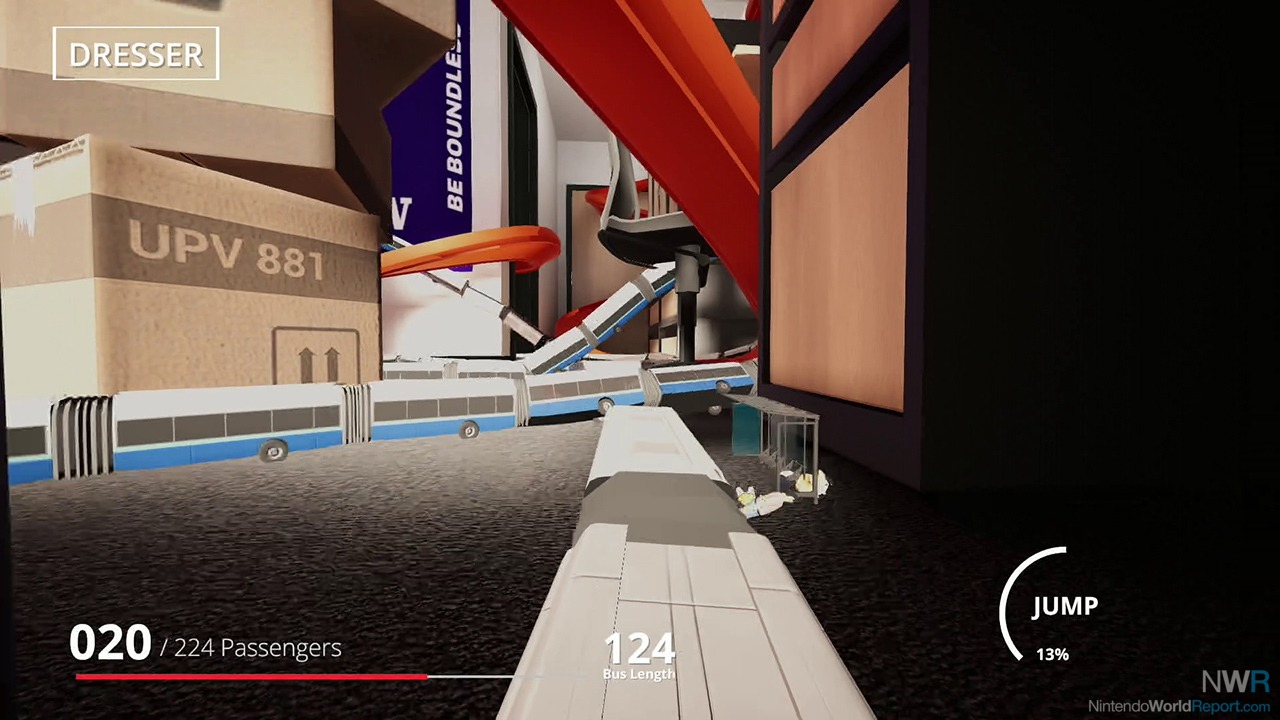 Each standard round lasts roughly three-to-five minutes depending on how adept you become at navigating the bus. As a round progressed and I made several drop-offs of passengers to their final destination, busses morph into a more sluggishly turning and unwieldy train akin to the public transit systems in New York City or Chicago. Like snake, eventually your tail gets so long that it gets difficult to avoid crashing into yourself. Unlike snake, doing so isn’t an immediate game over. The game ends when you either fall off a cliff or get stuck in a spot where you’re unable to move. One way the 3D space is taken advantage of is a jump/boost button. This becomes very important as the tram extends as long as the levels, requiring hopping over parts of it crisscrossing along the level.

At the start menu, a variety of maps, bus types, and modes are available to choose from but are gated-off by a cumulative point score requirement. Maps vary between attempts at realistic looking neighborhoods and cityscapes, children’s bedrooms with Hot Wheels style tracks looping up and around furniture, and more surrealist options to unlock later. Similarly, the busses expand into the psychedelic and supernatural (tie-dye and dragon busses) as you reach deeper unlocks, but appear to be purely aesthetic choices. The different game mode options, while a welcome addition, are all fairly minor tweaks to the base game. For example, one tweaks the jump so it acts like an endless boost, turning you into a flying bus hurtling in the air and trying to navigate through flying hoops. It’s a fun distraction from the standard mode, but the novelty wears off quick. 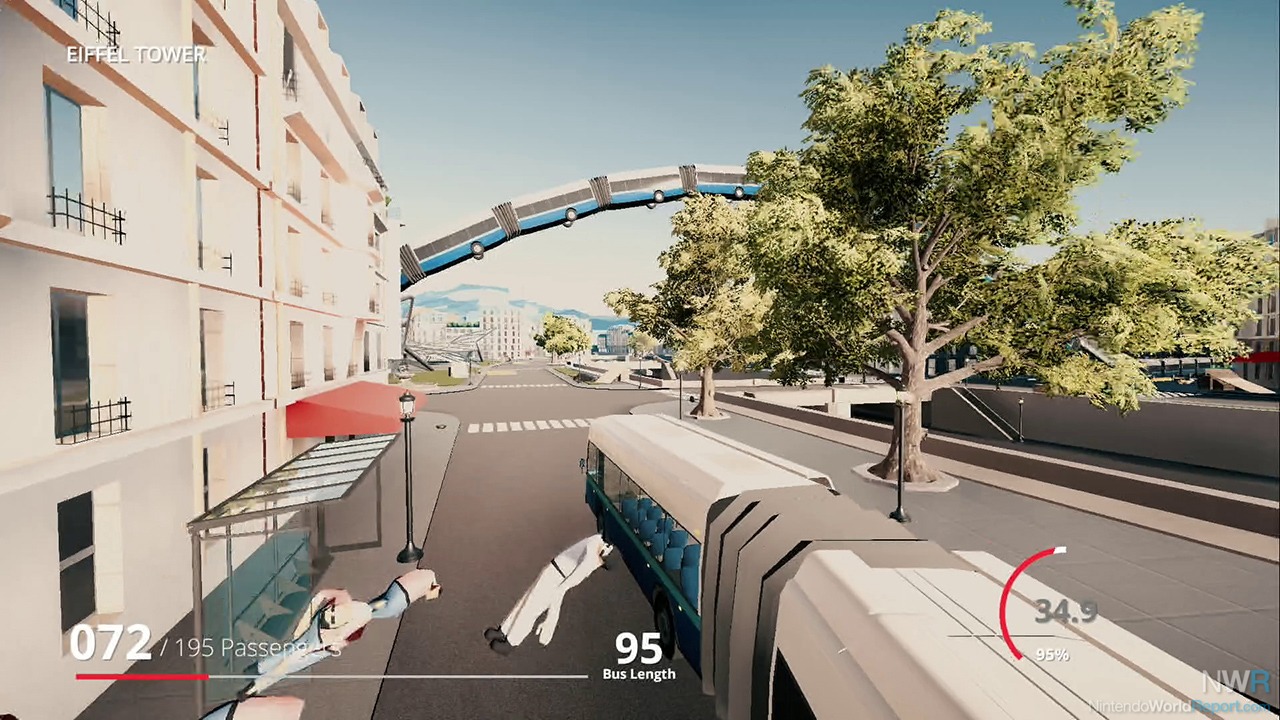 It’s difficult to expand on more because there just isn’t much “there” there. The core experience of playing Snakeybus is amusing but fleeting. There are scoreboards for each level, but I suspect for most the experience isn’t grabbing enough at its foundation to justify trying to challenge those at the top. The soundtrack is mellow like that lo-fi hip hop beats to study to YouTube channel, but it becomes redundant quickly. Levels are a bright spot in their diversity in both the locales and how well each of them has their own sense of verticality/layering of lanes to drive in. If you’re looking for a breezy unique twist on a classic game, Snakeybus can provide a few hours of mild humor.