One Step From Eden (Switch) Review

A solid roguelite that'll have you one step away from smashing your Switch.

At a glance, One Step From Eden will look familiar to anyone who has played the Mega Man Battle Network series, but this recent title seems very much to be its own take on the grid-based action genre. Gameplay revolves around building a deck of abilities and collecting artifacts that improve your character. As you try to complete a full run of the game, you'll encounter stages with minor enemies, hostages, hazards, shops, and bosses. The pixel art and animation are certainly attractive, but like a rose that beauty hides a particularly sharp thorn. While in some ways every run feels different, what doesn't change is how steep the difficulty curve becomes about halfway through a complete run.

There isn't much in the way of story, but you begin the game as Saffron, a mage who starts off with elemental spells and a basic ranged attack. The map screen shows the eight or so stages that make up each world, and branching paths add to the autonomy you have on each run. After clearing out a stage, you gain experience that allows you to level up and acquire new perks such as increased mana regeneration or a one-time health refill. You also have the option of adding a new spell card to your deck from a choice of three. Every run you'll be presented with new spells and new perks, making each session feel different. 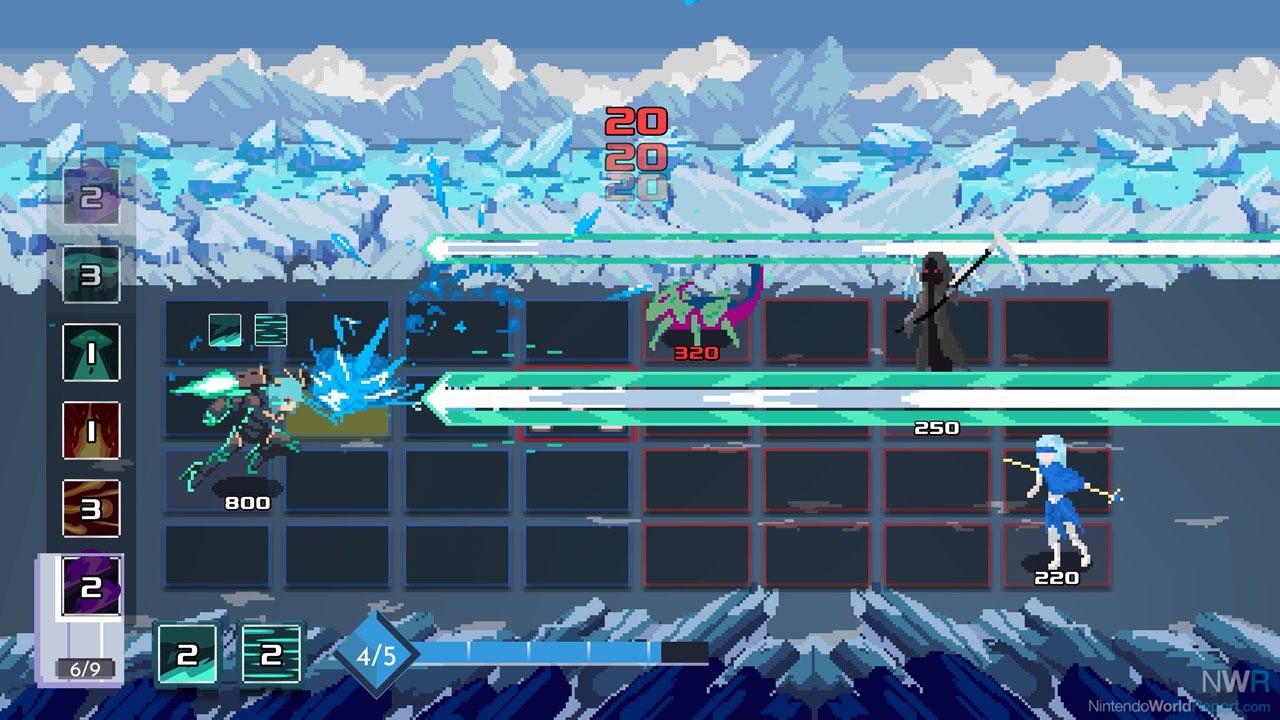 Combat sees you move around a 4x4 grid which is mirrored on the right side by your opponent's grid. While dodging the attacks thrown at you by the various enemies you encounter, you can use your basic attack and lob spells from your deck. Saffron begins with spells like a thunderbolt that strikes four tiles in front of you for massive damage and a water wave that shoots out in front of you and can push enemies back while damaging them. Other spells include poison darts, shields, frost shards, and all sorts of lasers that strike particular areas of the opposition grid. Certain stages serve as rest areas that refill a small portion of your health or give you the option to shop for cards and perks. Boss encounters at the end of each world start off moderately challenging—depending on whom you’re facing—and quickly become relentlessly punishing. In addition to halting your progress, an even more unfortunate consequence of this is that you need to defeat a boss at level three to unlock them as a playable character. To this point, I’ve only unlocked one other character, Riva, who focuses on creating shields, but for some reason has significantly lower base health than Saffron.

What makes the gameplay so brutal is that there are so few opportunities to refill your health, so you have to be incredibly careful to avoid taking damage from minor enemies. Defeating a boss when you are at less than maximum health is a feat in and of itself, and even the stages after the second world require a level of skill and timing that is hard to come by. If you spare a boss rather than killing them, they’ll refill a third to a half of your HP and occasionally hop into battle for a minor assist, but all other healing sources give you back a much lower fraction. In addition, there are no options to lower the difficulty level, and the experience you gain through gameplay resets at the end of each run. The experience does go towards unlocking new cards, but you don’t gain any permanent upgrades that would make the game easier. 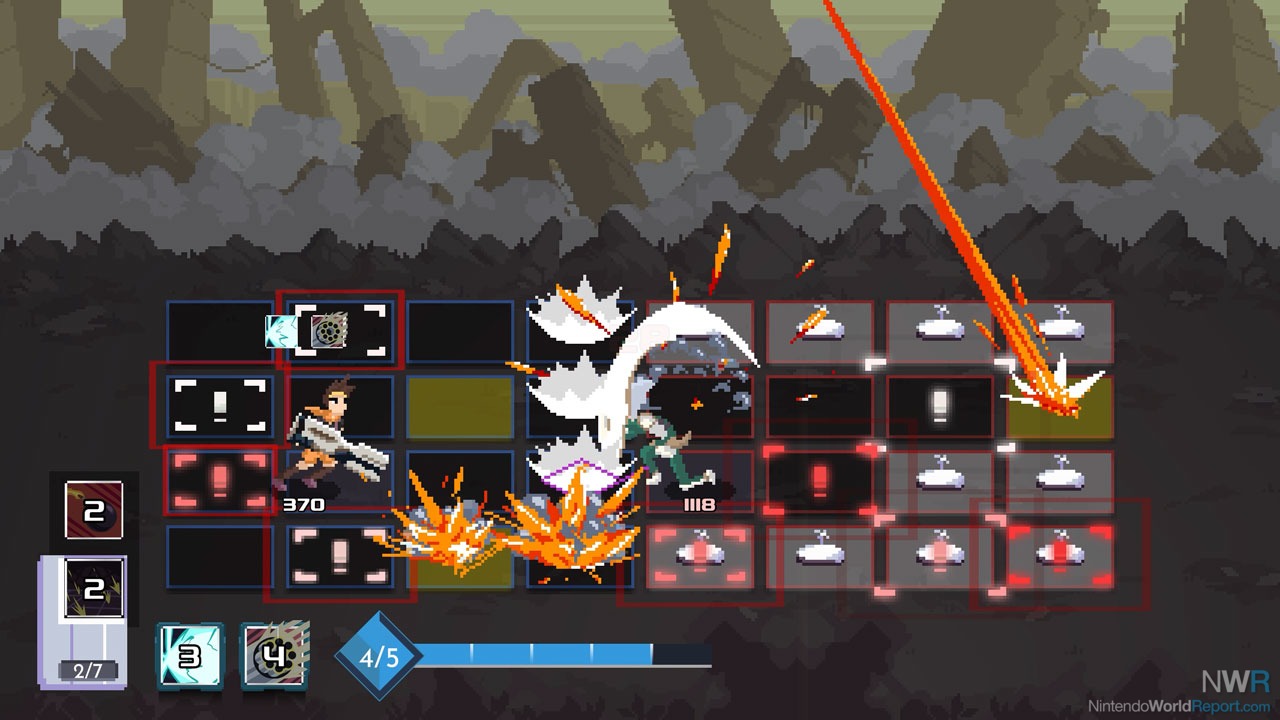 While it may be possible to unlock enough new cards and figure out a strategy with them to help you complete a full eight-world run, you need to have lightning-fast reflexes and timing to avoid attacks and dish out your own. An interesting level of depth is built into the deck building in that you can upgrade cards, throw away ones you don’t want, and even make it more likely for certain cards to pop up as rewards, but the skill floor for One Step From Eden is so high that it might just not be accessible for very many people. On the plus side, the presentation and UI are slick, and co-op and competitive multiplayer are welcome features, but they don’t outweigh the overly steep difficulty curve. You can also unlock a variety of characters with their own playstyles, different loadouts, costumes, and more, but the pursuit of these might be too maddening an endeavor to complete. One Step From Eden is a good game, but it’s sorely lacking in accessibility options. If you haven’t measured your reaction time lately, you may want to do so before embarking on the perilous journey that is One Step From Eden.