I want to be a Ventrue but really I’m just a lowly Malkavian.

Although it depends on the storyteller, White Wolf’s Vampire: The Masquerade universe is an often brutal look at how a secret society of vampires that dates back more than a millenium handles modern times. I have a little bit of experience with the story from my early days of tabletop roleplaying, so I jumped on the new Switch game, Coteries of New York, once I realized it was a true visual novel. As an exploration of modern vampire life, it’s a gripping story, but it’s missing some things that would be needed to make it a better-playing game. 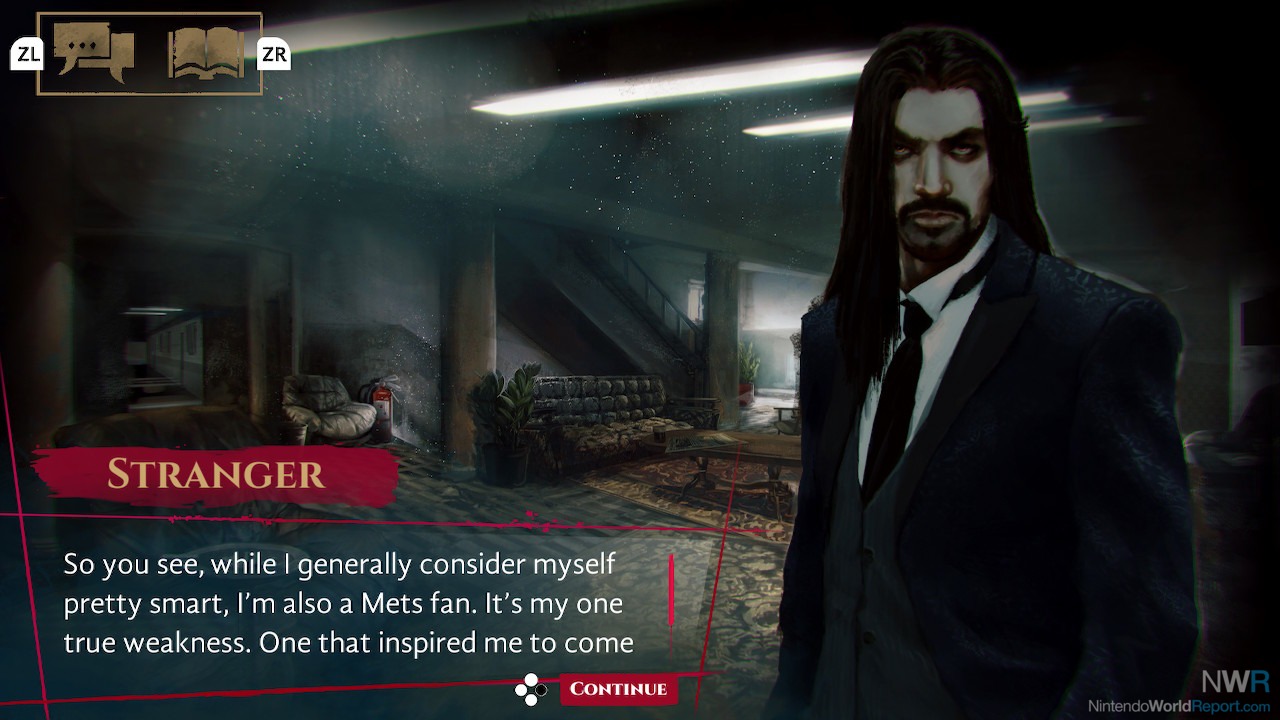 Coteries of New York places you in the role of a newly-created vampire in the Big Apple. Your mysterious sire bites you one evening and then disappears, leaving you at the mercy of the secret society called the Camarilla. The Camarilla is an intensely hierarchical organization devoted to maintaining the Masquerade: the ability for vampires to live their lives in the human world while not revealing themselves. Your character is mostly defined (gender, age, and family background as a human), though you can choose from a few of the tabletop game’s tribes of vampires. The objective is to form your own coterie (group) of vampires of various tribes while also navigating the power struggle between the Camarilla and other groups who reject the hierarchy, which is referred to as “Anarchs.” All the while, your vampire has to stay out of the sun and feed on humans (willing or otherwise) to prevent a hunger known as “The Beast” from forcing your character’s unlife to end. Although you have specific vampiric powers (super speed, strength, or charisma) depending on your tribe, using them will cause The Beast to flare up more often.

Although there isn’t a lot of action per se in Coteries, there is a great deal of choice. In addition to multiple dialogue options, the building of your “friend” group is carved up into a series of vignettes that you can select from a map of the five boroughs. Since it’s about survival in the modern world, I was pleased to see more than a few mentions of modern social media and relatively current events: one character is off-handedly mentioned as being connected to a specific, noted public pedophile. Each night roughly allows for two rounds of interaction, though one of these will frequently be taken up by the main story, which I wanted to skip so I could hang out with the other vampires.

The biggest issue with the game is that it doesn’t have an easy way to see if I’m actually making progress toward a true ending, or even if there is one. (Not having one would be in character for the universe, admittedly.) There’s no flowchart or guide to endings that I could find, and only a couple of decisions are blocked off to start, so this will keep the guide writers busy for a while. Unlike most VNs I’ve played, though, the “Fast” text speed is almost too fast: I actually had to turn it down to medium for new content on replaying since it would cause information to scroll off screen at my chosen text size. There also isn’t a text skipping option which would come in handy for repetitive text such as the warnings about needing to feed or anything repeated, but it is supposed to be added in a patch after launch. It’s easy to understand the specific terminology in play, though the transitions from the main screen to the dictionary and back are a bit slower than I expected. 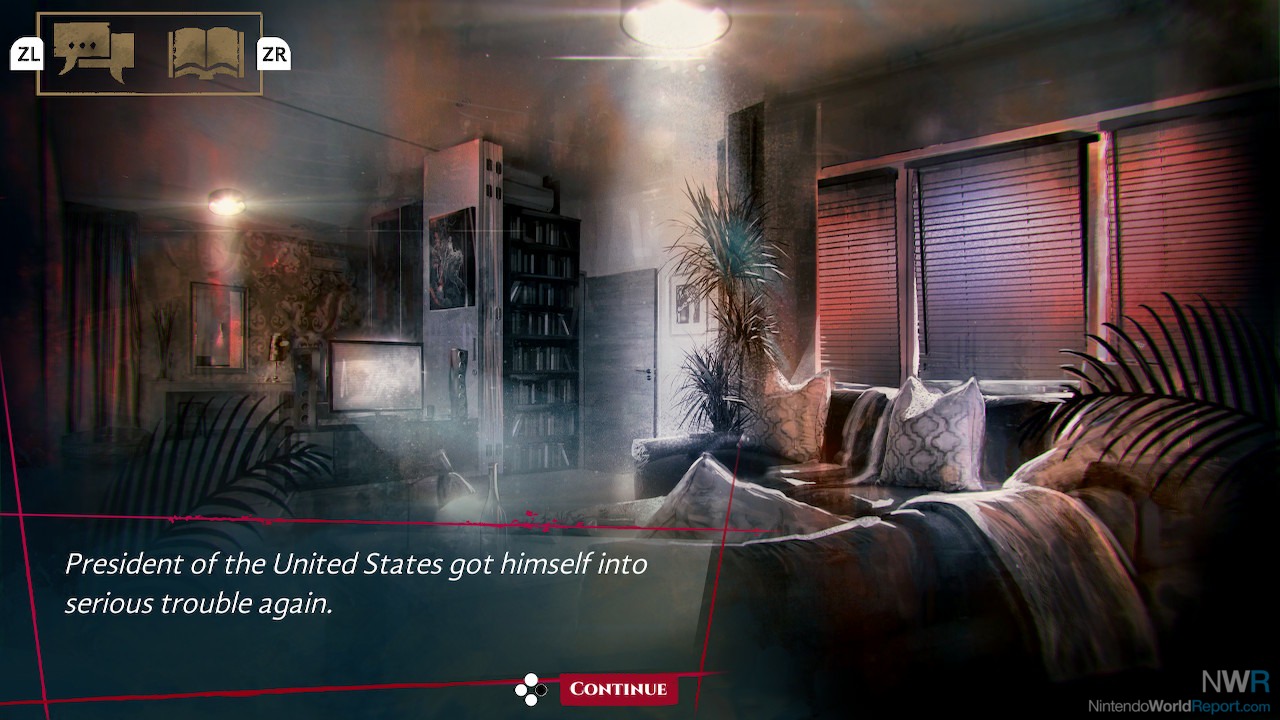 Any vampire game is inevitably going to have a dark atmosphere, simply due to the inability for the vampires in this universe to go out in sunlight (it’s instantly fatal). Despite that, and the static backgrounds, Coteries of New York is still as varied as the city it’s set in. I was still seeing new backgrounds used multiple hours into the story, though there were still cases of reuse here and there. The characters each have their own unique style, befitting the various tribes of vampires and even humans that some of them represent. The background music isn’t all that noticeable except for the stings at dramatic moments, which certainly got my attention when trouble started. It does make a good, if confusing (for my roommate) podcast game.

I suspect once the text skipping patch is live, that’ll be what draws me back into the Masquerade. It’s still an intriguing world, and it’ll help me to see more of it once I can get past the redundancy quicker. If you like darkness and blood in your visual novels, take a bite out of Coteries of New York.

Score is pending the text skip patch. A review code was provided by the publisher.