If you can dodge a bullet, you can break a brick.

Sky Racket playfully combines the bullet hell and destruction of horizontal shooters and the simplicity of brick breaker to create an experience that feels both unique and familiar. Across five worlds and just over a dozen stages, you play as either Racket Boy or Racket Girl (or both in two-player co-op) and fly across a stage smashing projectiles lobbed at you back at enemies and other obstacles. The trick is, you can only volley back certain bullets, and so you end up juking and jiving while executing well-timed strikes to rack up points and progress through each stage. Fun boss battles and partner abilities add to the enjoyment, but the end credits show up a little sooner than you might like.

What immediately struck me about the aesthetic is how much it reminded me of Sonic The Hedgehog. The fonts and the introduction of each stage are very reminiscent of those used in the 2D Sonic titles. There’s an attitude and style to Sky Racket that seems to complete the comparison. A catchy and upbeat soundtrack complements the action-packed gameplay quite well, so much so that I actually turned down the sound effects volume so that I could focus on the music. The pixel art, detailed backgrounds, and use of color make for a visually-sublime few hours. 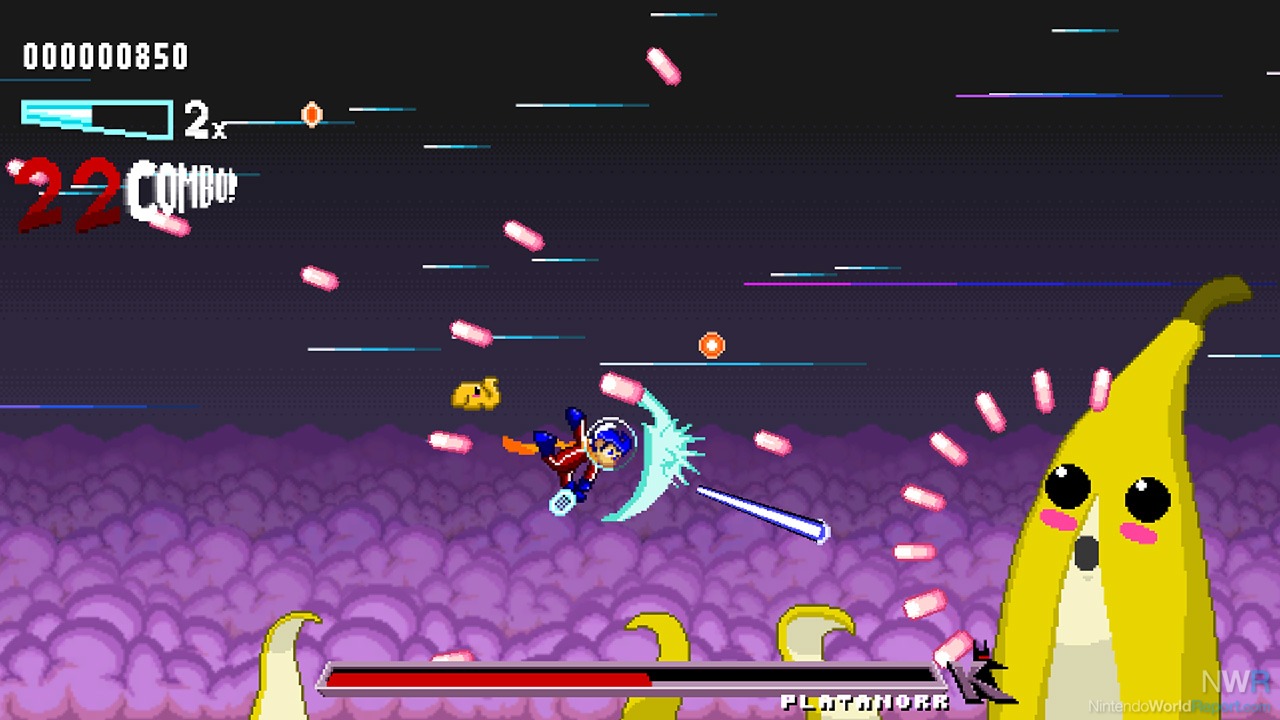 In terms of mechanics, your character actually moves quite slowly, so there is a rolling move you can use to quickly maneuver around the screen. Of course, you aren’t immune to damage in this state, nor can you swipe with your racket; it’s purely for evasion and positioning. I found myself using the roll infrequently given that it wasn’t all that comfortable to press the roll button and then go back to pressing the strike button. The strike move itself could be frustrating to use at times, too, since it was very difficult to hit anything above or below you, in spite of the fact that there is a large sweeping arc in the strike animation. Overall, the controls were decent, but they did find a way to detract at times from the experience.

Sky Racket’s four main worlds consist of two stages called Sets and a final Set against a boss character. The regular stages feature a solid variety of enemies and obstacles to overcome, and on each world you meet a new buddy character who can join you to provide additional firepower or special abilities. The boss fights are particularly enjoyable and much more challenging than the stages that precede them. Some of the final boss encounters in the game are frustratingly difficult, but fortunately there are some nice accessibility options if you get stuck—namely, a God Mode that prevents damage and the ability to start the fight with your buddy of choice. Adding replay value are a set of objectives for every Set, five for regular stages and three for boss stages. You unlock one objective just by beating Set, but other objectives include not taking damage, reaching a certain combo level, or protecting a giant mecha that travels behind you. You can also unlock a special boss encounter at the end of the game by completing all of the objectives. 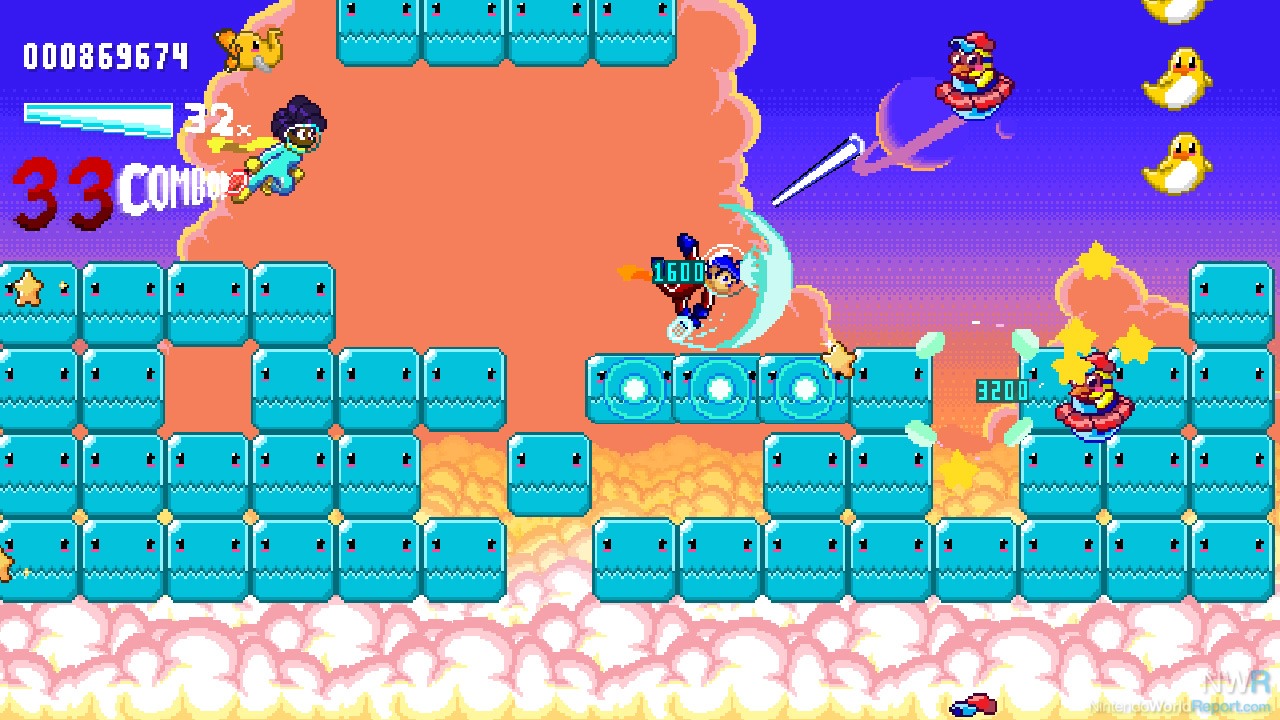 Rolling credits on Sky Racket left me feeling a little ambivalent. It’s a decidedly enjoyable experience from beginning to end, and it feels like an excellent co-op game if you have a partner to join you. That said, it’s definitely on the shorter side, and having more stages before the boss fights would have made getting to them more rewarding. The variety present here is great, but I can’t help but feel like this main course is leaving me a little hungry. If you don’t mind running through stages multiple times to achieve all of the objectives, or you’re looking for a fresh and compact co-op game, Sky Racket is certainly worth a look. The amount of content and the controls do leave something to be desired, though.