Half Past Fate (Switch) Review

A series of charming vignettes about the pursuit of romance.

Half Past Fate is a light-hearted and breezy adventure game about a group of individuals who meet through chance and end up pursuing each other in hopes of starting a relationship. Across 12 chapters, you play as different characters, solve simple adventure game puzzles, and talk to and observe other people around you. While there isn't a lot of challenge or variety to the gameplay, each chapter takes place in a new environment, and the character interactions and writing are really enjoyable. Is it worth setting an alarm for Half Past Fate? 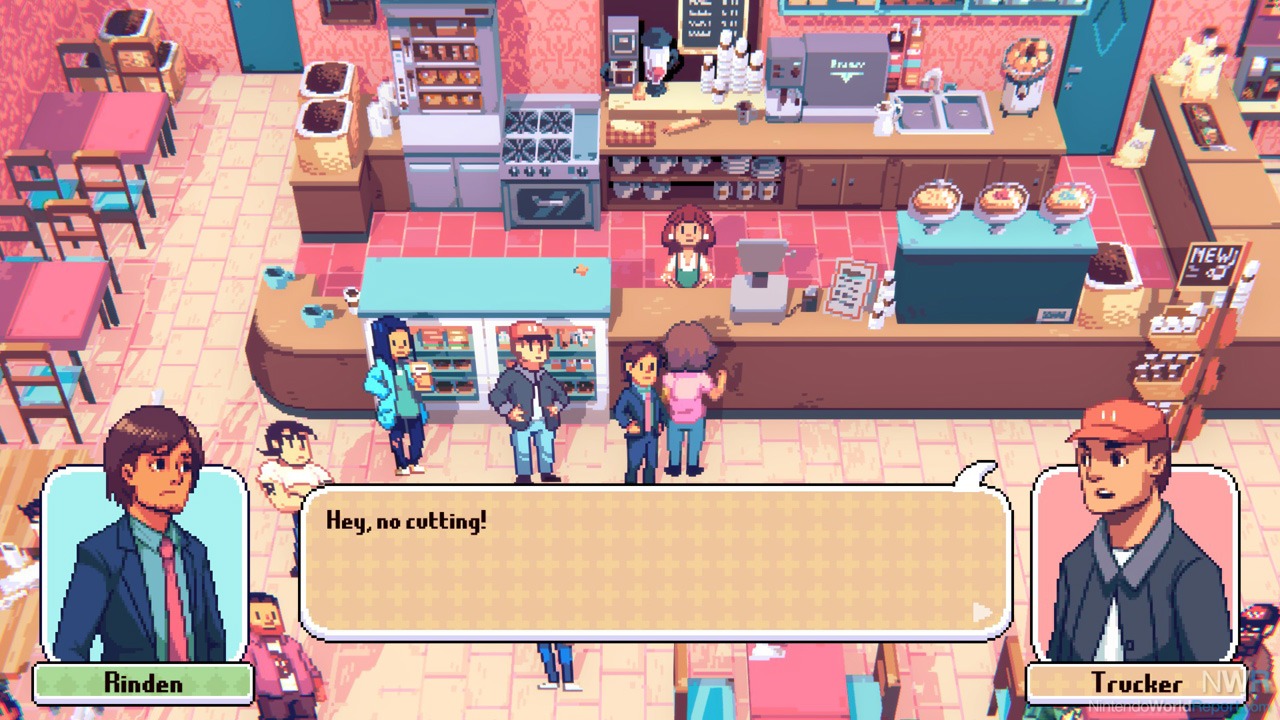 The first chapter introduces you to one of the main characters, Rinden, the VP of an investment firm, and subsequent chapters follow a similar structure of introducing a character or following up on their quest for romance. Rinden visits a coffee shop and ultimately wants to skip the long line so that he can get some face time with the barista before he rushes off to an important work meeting. By fulfilling the small requests of each person in line, you are given their position in the queue; these tasks include lending someone your cell phone, sparing some change, and fetching the coffee cream. A character introduced in the second chapter ends up playing a pseudo-detective role after he loses a girl’s phone number and has to find a new way of contacting her. You participate in the standard adventure game formula throughout the experience as you acquire objects and talk to people to find out what they need. However, putting two and two together is never all that taxing given the relatively constrained environment of each chapter and the limited number of people with whom you can interact.

In terms of presentation, the pixel art of Half Past Fate is absolutely a highlight. One of the closest comparisons to it would be Thimbleweed Park, but the art is much more detailed and bright, which is befitting of the much more light-hearted affair. The soundtrack doesn't have too many different tracks, but the music you'll hear the most often is very pleasant and uplifting, and it suits the aesthetic and theme quite well. The UI and menus are easy to access and clear, making the whole experience very accessible and smooth. 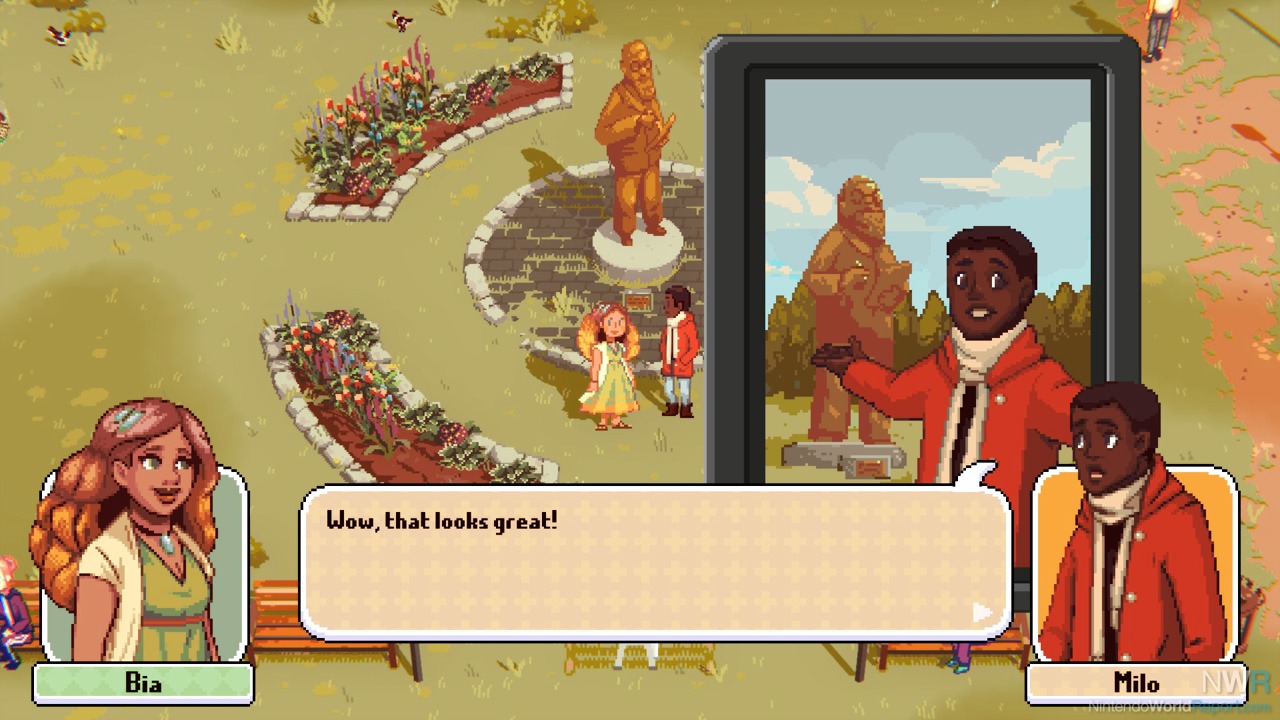 As with any narrative title, the story needs to be interesting and hold the player's attention, and I can safely say that both of those objectives are achieved. The way that Half Past Fate tells its tale out of chronological order is a little confusing at first, but it begins to make more sense as you approach the final chapters. It's worth exploring each chapter fully not just to unlock all of the achievements, some of which are hidden, but also because the dialogue with other characters and the chapter protagonist's observations are cute and funny. Rom-com fans will find a lot to like here.

Half Past Fate managed to hold my attention even if it didn't entirely sweep me off my feet. The gameplay is a little lacking in variety, but the characters and their world are vibrant and full of life. As you follow their ups and downs across these 12 vignettes, it's impossible not to root for each character to succeed in their quest for love. The in-game achievements give an incentive to explore more thoroughly, and the accessible nature of the game means anyone can enjoy it. If you're looking for the adventure game equivalent of meet-cute, schedule a date with Half Past Fate.