From minion zero to Underhero.

Underhero combines elements from a wide variety of genres, and the finished product is just short of a masterpiece. It takes the adventure and platforming of Zelda II: The Adventure of Link, the turn-based combat and timed attacks of Paper Mario, and the fourth-wall breaking humor of Undertale. Not knowing much about it coming in, I was completely caught off guard by how unique and refreshing Underhero is. It has a few minor flaws, but the total package is much more superhero than nameless minion.

The story begins with you controlling a run-of-the-mill chosen hero, but minutes in he's crushed under a chandelier that's dropped by a simple minion. The minion, whom you end up naming, becomes the protagonist and is given a quest by the evil ruler Mr. Stitches: return three legendary stones to the bosses the original hero took them from. And so you set out to visit different portals that take you to your quarry in their respective worlds. Along the way you are guided by a sword hilt named Elizabeth that belonged to the deceased hero. She gives you direction on where to go next, but also fills in much of the dialogue with other characters given that the minion you control is the silent type. 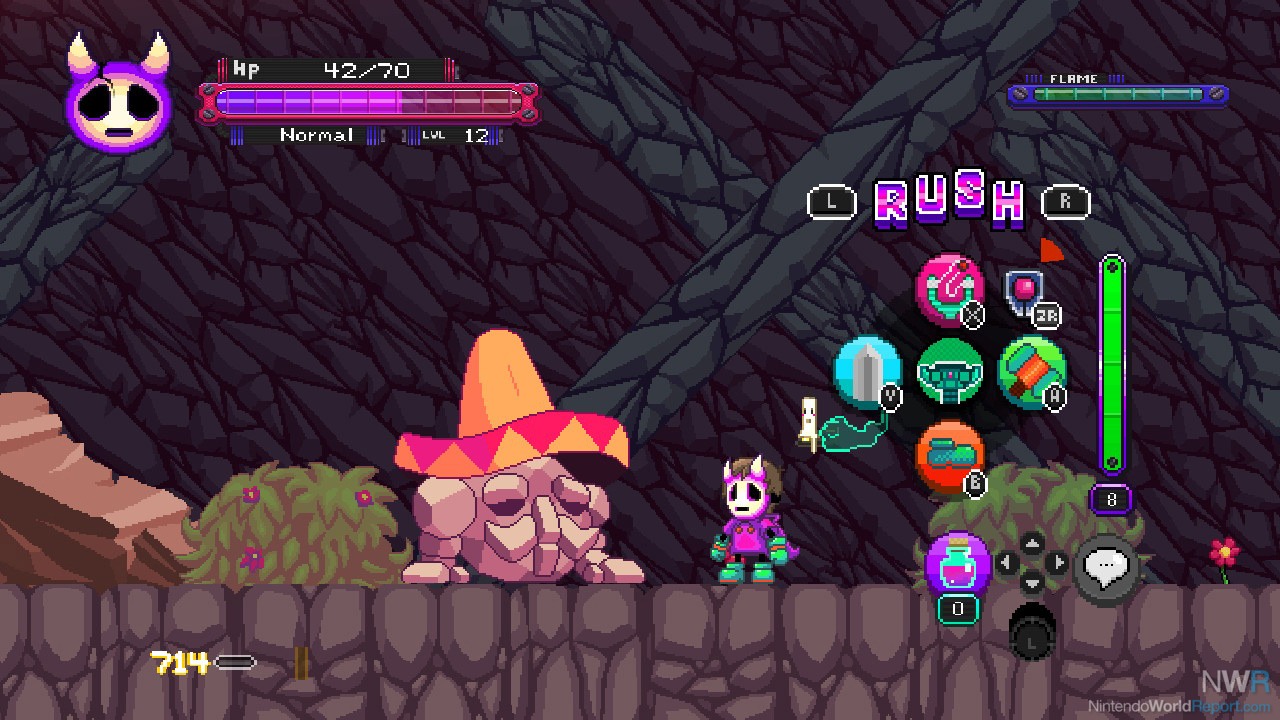 Exploration plays a key role throughout Underhero as each area of the Chestnut Kingdom features secrets and treasures to discover. Even the starting area, Stitches Castle, has a series of apartments for which you'll find keys that let you open them up to find items like health increases and collectable cassettes that let you change the music in save rooms. The first portal you take brings you to the Moth Woods, where you seek out a giant moth. Here you'll dive underground and explore caverns and tunnels before climbing up a tall tree to the boss fight. The environments are definitely unique and filled with platforming challenges, but the game has a tendency to throw mazes at you fairly often. You don't have access to a map in your inventory--instead, you'll come across map signposts somewhat regularly--so it can be frustrating when you become lost in an area where everything around you looks mostly the same.

In addition to levelling up, which gives you the option of increasing your health, attack power, or stamina, another primary RPG element of Underhero is it's blend of turn-based combat with timed actions. The Super Mario RPG connection is obvious, but Underhero functions a little differently. Options such as your sword slash and slingshot are mapped to the Y and X buttons respectively, but each costs stamina to use, which gradually refills over time. If your stamina is too low and you become exhausted, you can't jump or duck to avoid enemy attacks; however, successfully evading an attack rewards you with more stamina. You also have a shield that can be used to block or parry, and it turns out that carrying attacks just before they hit you is a key part of successful combat encounters, especially against incoming projectiles. If you're low on health but flush with coins, you can toss money at most enemies to pacify them, but you won't get as much experience that way. 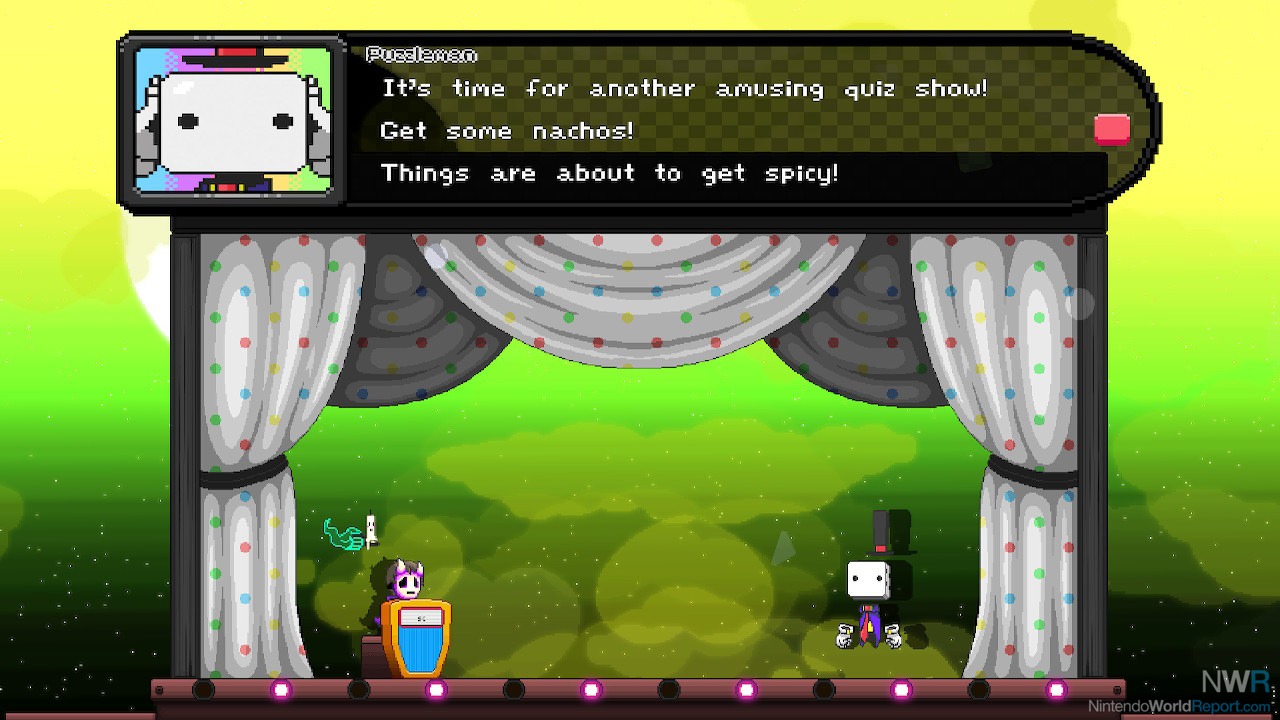 Across its more than four major worlds, which take you from a jungle to a volcano to a haunted mansion, the characters you encounter are fun and varied. You can even talk to enemies at the beginning of combat, and they might give you a hint about the area you're in. A random individual might pop up before a boss fight and force you to participate in a quiz show; a ghostly hand carrying a candle joins your group and the candle can be lit to solve torch puzzles. The pixel art style is whimsical and detailed, contributing much to the 10 or so hours I spent finishing the game.

In a world where genre-blending games are no longer the novelty they once were, it’s a breath of fresh air to see a new combination that hits so many high notes. Underhero creatively weaves platforming, turn and timing-based combat, and adventure elements into a gorgeous and inspired experience. Even though it relies a little too much on circuitous paths and the slingshot weapon is frustrating to aim, it’s hard not to smile the entire time you’re playing Underhero. It’s another in the long list of amazing, must-play indie titles that every Switch owner needs to take a long look at. If nothing else, who hasn’t wanted to peak behind the curtain at the everyday machinations of an evil overlord and his scores of minions?