A brief but fun platformer that features little in the way of presentation.

Cosmonauta is not a unique title; it’s one of dozens of challenging platformers that takes a minimalist approach to let the gameplay shine, which largely works out. However, across its 65 stages, the looping music tracks and repetitive visuals detract from the overall experience. In terms of the platforming itself, though, you’re getting a lot of bang for your space buck. 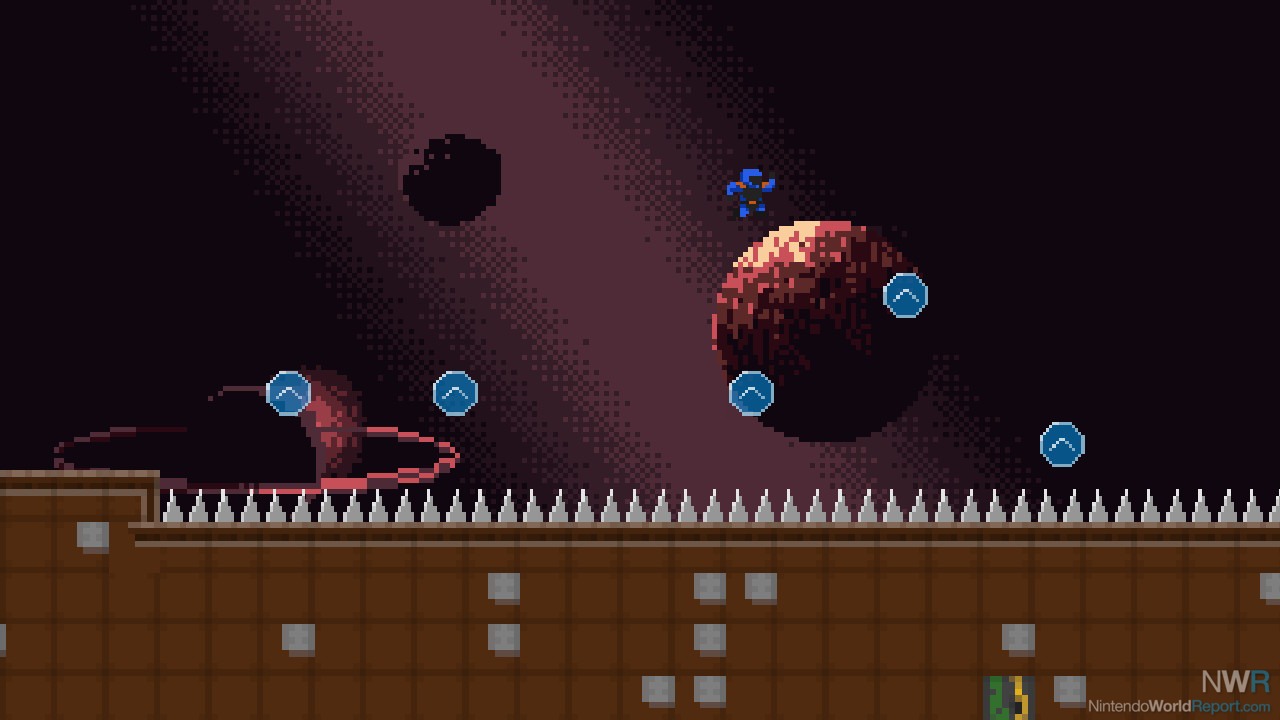 Given the outer space setting, it makes sense that the jumping physics are a little floaty, but it does take some getting used to. In each level your task is to make it from the beginning to a door located some distance away from where you start. To get there, you’ll have to avoid spike pits, gas emitting cannons, red plasma blobs, and a few other obstacles and projectiles. Many stages also feature a jetpack item that adds another dimension to the gameplay. A skilled player can run through the early stages pretty quickly, but the later levels do get fairly tough. There is a checkpoint system that will save your progress at various points in each level, but there is no visual indication of where the checkpoints are or when you establish one.

The 8-bit style graphics work well given the simplicity of the gameplay, but the background for the stages changes very little. The music itself sounds fine, but you’ll eventually end up hearing the same tunes on loop, which would be okay if the tracks themselves were a little more pleasant to listen to. It just feels like overall the look and sound of the game are almost as barebones as can be, and a little more flair to animation or sound would make for a more compelling couple hours. 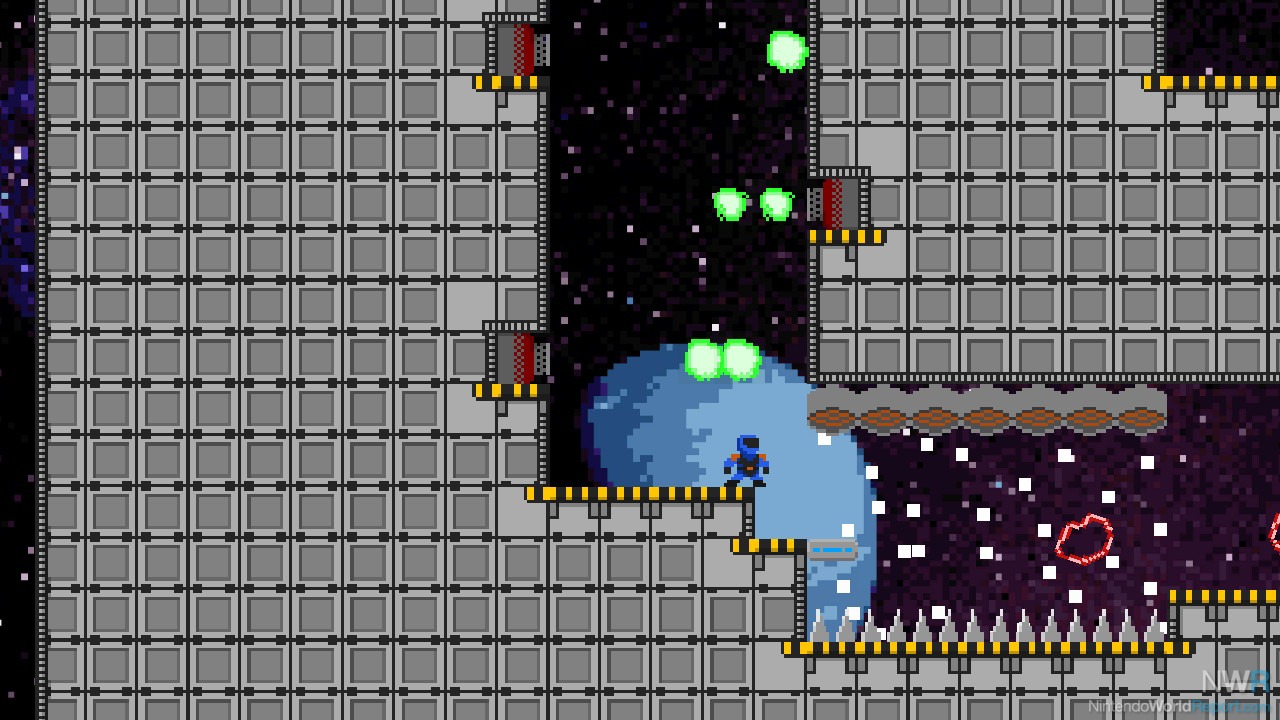 All in all, Cosmonauta doesn’t go out of its way to impress you aesthetically, but each level throws a unique enough scenario at you that going through each one was a satisfying experience. There are flashy games on the eShop that aren’t as fun to play as this one, but when you die two dozen times on one of the stages and the same tired music keeps playing over and over, it can get a little grating. That said, for an inexpensive and gameplay-focused platformer, Cosmonauta shines bright enough to matter.