An indie dev made a Picross 3D-alike and this is a big deal.

When Picross 3D came out on DS in 2010, The HAL Laboratory-developed puzzler rocked my face off. It took the concept of a nonogram puzzle (which you may know as Picross) and turned it into a majestic spatial reasoning logic puzzle with depth, charm, and serenity. The 2016 3DS sequel Picross 3D Round 2 was even stronger, but aside from those two Nintendo-published titles, the Picross 3D style was barely touched. Developer Procedural Level answered the call for an indie Picross 3D-inspired game with Voxelgram, which is out on Switch on February 27. While not as elegant as Nintendo’s version, Voxelgram nails the engrossing challenge of the 3D puzzle style while doing an admirable job of making it work on a single-screen system. 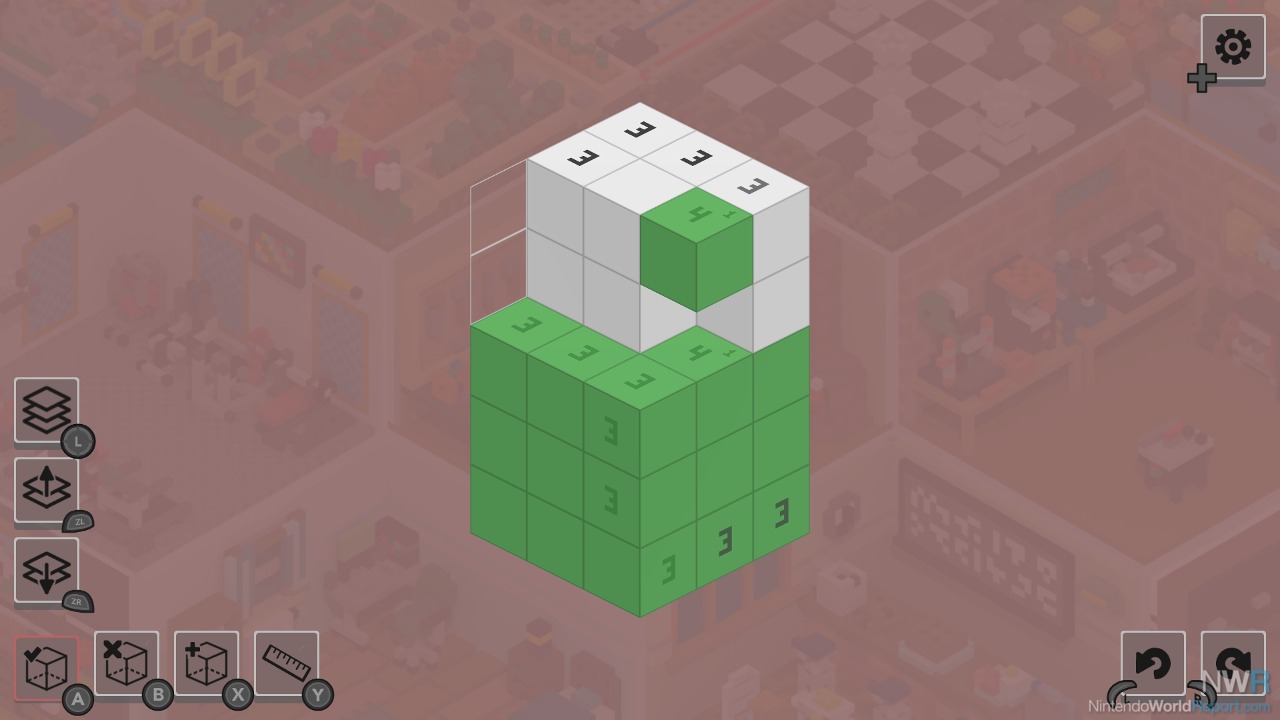 The controls are busy, but after the first handful of puzzles, I was able to adjust to the quirks and restrictions of the game on Switch. For those not familiar with Picross 3D, it worked largely in part because of the DS and 3DS design. Normal play involved one hand holding the system and one side’s buttons and the other hand gripping a stylus. You’d then hold down a button and tap the voxel puzzle box on the screen to mark, select, or destroy a block. Voxelgram does feature touch screen support, but I found it hard to work well in tandem with buttons. If you happen to have bought a stylus for Mario Maker 2 or Brain Training, it might be worth making use of it here. Voxelgram’s button controls work just well enough to adequately replicate the feeling of Picross 3D on Nintendo’s dual-screened handheld. 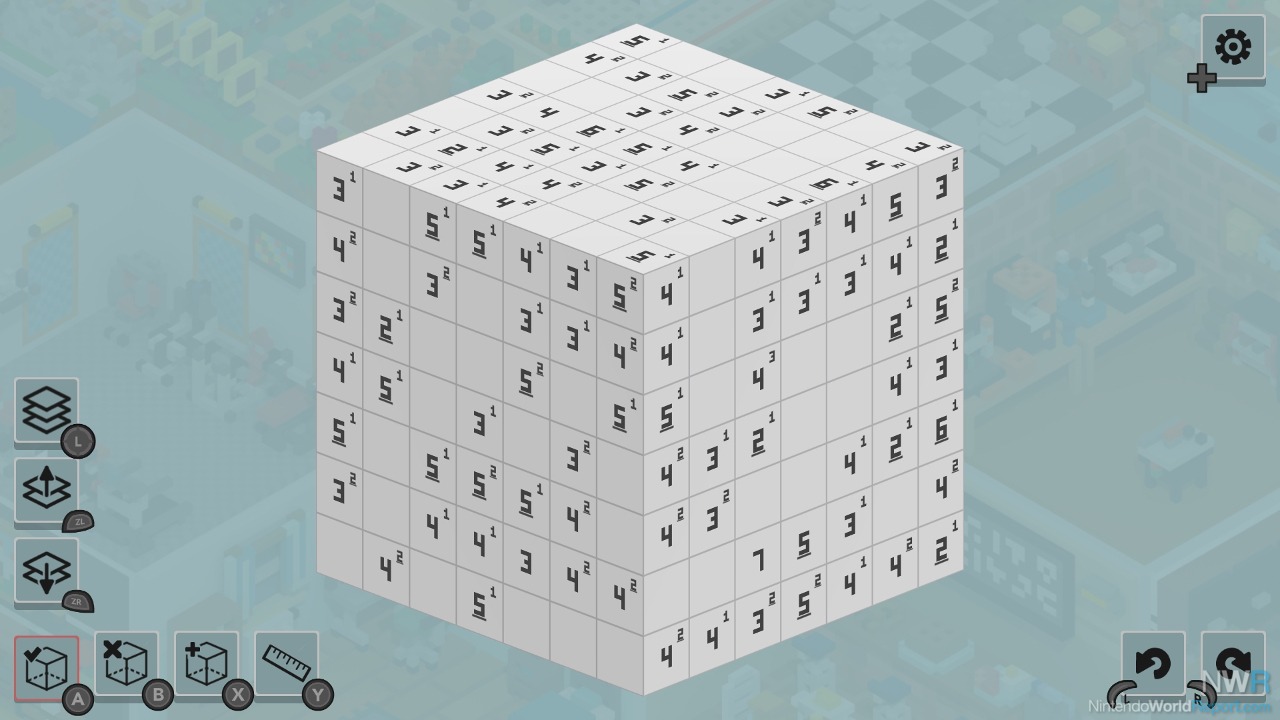 While the controls soon reach a workable if limited plateau, some aspects of this game still frustrate me. I wish there was some way to zoom in on the action a little bit, as it was eye-straining to make sense of larger puzzles. Additionally, while the game’s 170 main puzzles are all separated into different themed dioramas, it’s a little less fulfilling to complete these puzzles than in Picross 3D. The animations and flourishes of finished puzzles in Nintendo’s version go a long way. That being said, the dioramas give more personality to the puzzles, which is overall a welcome touch.

The ambient soundtrack for Voxelgram feels somewhat incongruous with the overall experience, but I found it to be an extremely chill song to relax to while solving some puzzles. Like its Nintendo-made forefathers, Voxelgram might work best as a podcast game, but this soundtrack is better than expected. 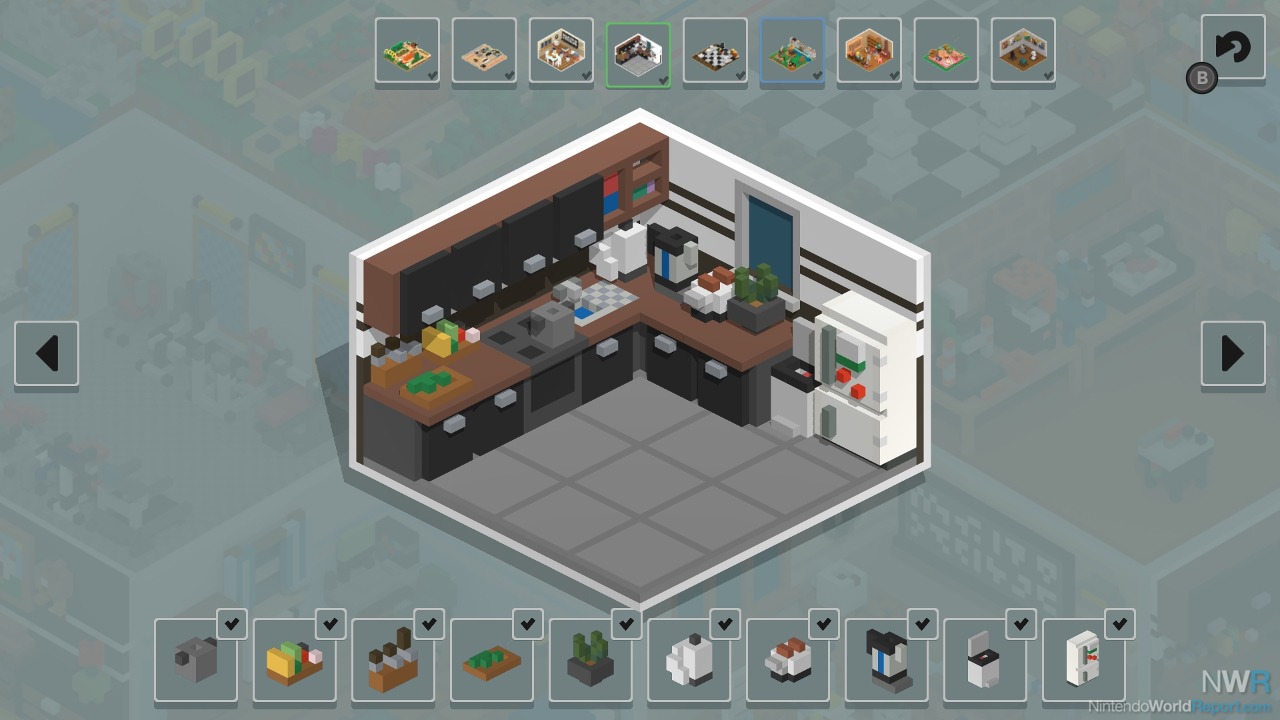 Voxelgram does have one huge, major ace in the hole: procedurally generated puzzles. Unfortunately, while this is available in the previously available Steam version, it is currently slated to be added to the Switch version as a free update, ideally by the end of March. It’s a bummer this missed launch because the way to counteract not having the overwhelming charm of Nintendo’s multidimensional nonograms is to theoretically offer unlimited puzzles.

I have some misgivings with Voxelgram. It comes at the Picross 3D throne and misses in some respects, but in a world where virtually none of this type of game exists, this is a precious gem. This game succeeds well enough to capture the majesty of Picross 3D on Nintendo Switch. While I’d love to see more charm and smoother controls, I’m just thrilled to be playing one of my favorite kinds of puzzles again, and with the prospect of procedurally generated puzzles, I’ll hopefully always have more to go back to when I feel the urge to chill out to a good puzzle. Even with just the 170 base puzzles though, Voxelgram is an enjoyable puzzle game.