With an avalanche of features, this port is one mean bean machine.

Update: A previous version of this review said that there was untranslated dialogue left in the game. A representative of Sega reached out to let us know that the dialogue is identical to the translated character profiles in the Sega Ages menus.

The Sega Ages series has been delivering a solid lineup of classic Sega titles to Nintendo Switch for a good year and a half now, and the latest entry into this library is the classic arcade puzzle game Puyo Puyo 2 (sometimes known to fans as Puyo Puyo Tsuu). This is not the first time Puyo Puyo 2 has been made available on Switch; it actually made an appearance with the launch of the SNES games on the Nintendo Switch Online service late last summer. However, what sets the Sega Ages incarnation apart from the NSO version is that it marks the first time this classic puzzle game has ever been officially translated into English. 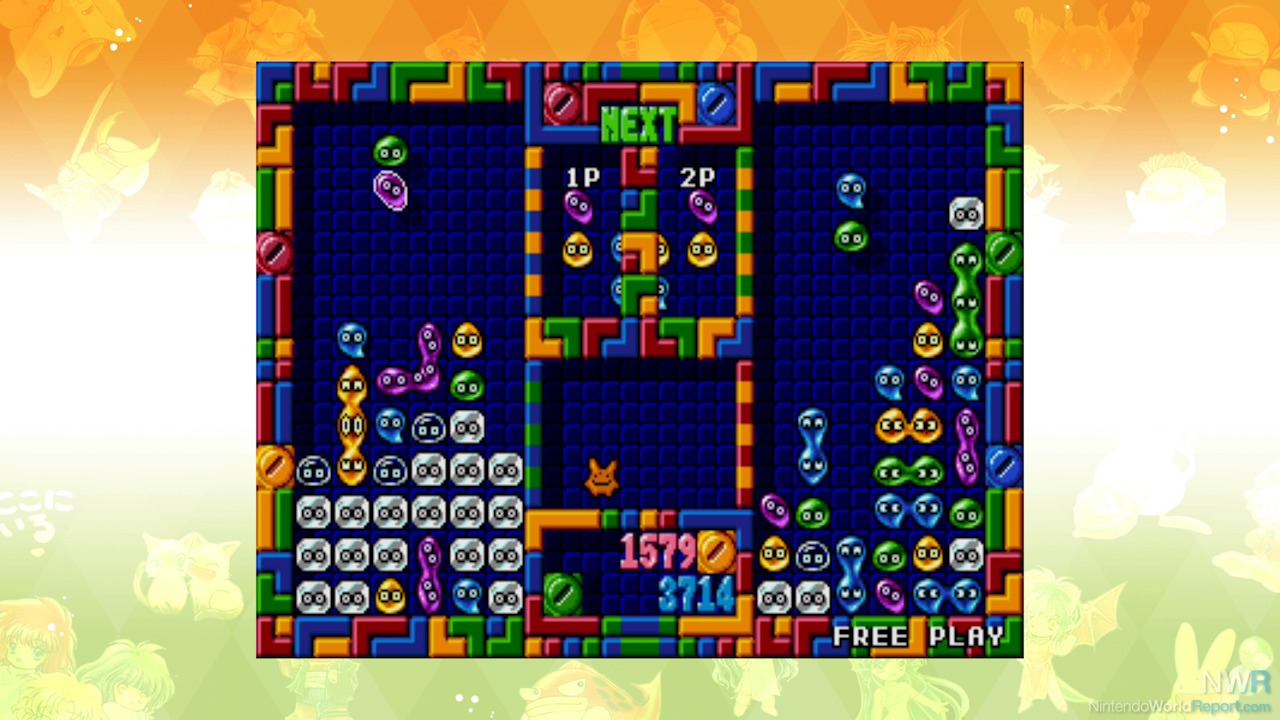 Puyo Puyo is a falling blocks puzzle game similar to Tetris. Blocks are cleared by grouping together four of the same color, which can be arranged in any order as long as each block is touching another block in the group. Unlike Tetris, these blocks are affected by gravity. They spawn in pairs, and if you put a pair on its side with one block hanging off an edge, that block will fall to the ground below it. This lets you pull off chains where each group you clear causes another group to fall in place to be cleared. The key to success in Puyo Puyo is thinking ahead so you can get the largest chains possible. You’ll commonly be playing versus matches, either against the AI or another player, and the higher your chain is, the more garbage blocks will be dropped on your opponent to disrupt their playing field.

If you picked up the Sega Ages version of the original Puyo Puyo last year, then you may be interested in some of the game-changing mechanics that were introduced in the sequel. Puyo Puyo 2 added the “All Clear” bonus, which rewards you for clearing every block on your side of the field by sending a huge chunk of garbage blocks at your opponent. The offset rule was also added, allowing you to use chains to defend against garbage blocks, destroying them before they fall into your field. The biggest change is limiting the blocks you receive in a match to only four colors at a time. It’s a small change, but it goes a long way to increasing the pace of gameplay by lowering the chance that a useless block can show up to ruin your chains.

The Sega Ages port adds a number of features to bring this classic title into the modern age. The emulated arcade game is contained within the Sega Ages shell, and it has some great modern features such as display options, save states, online matchmaking, and leaderboards. It’s also sort of the first official English localization of the game. I say ‘sort of’ because the character descriptions that appear before single-player matches are still entirely in Japanese. The menus in the Sega Ages shell are all translated, and there’s even a page featuring all of the character descriptions fully translated, so you're not missing anything in the leftover Japanese. 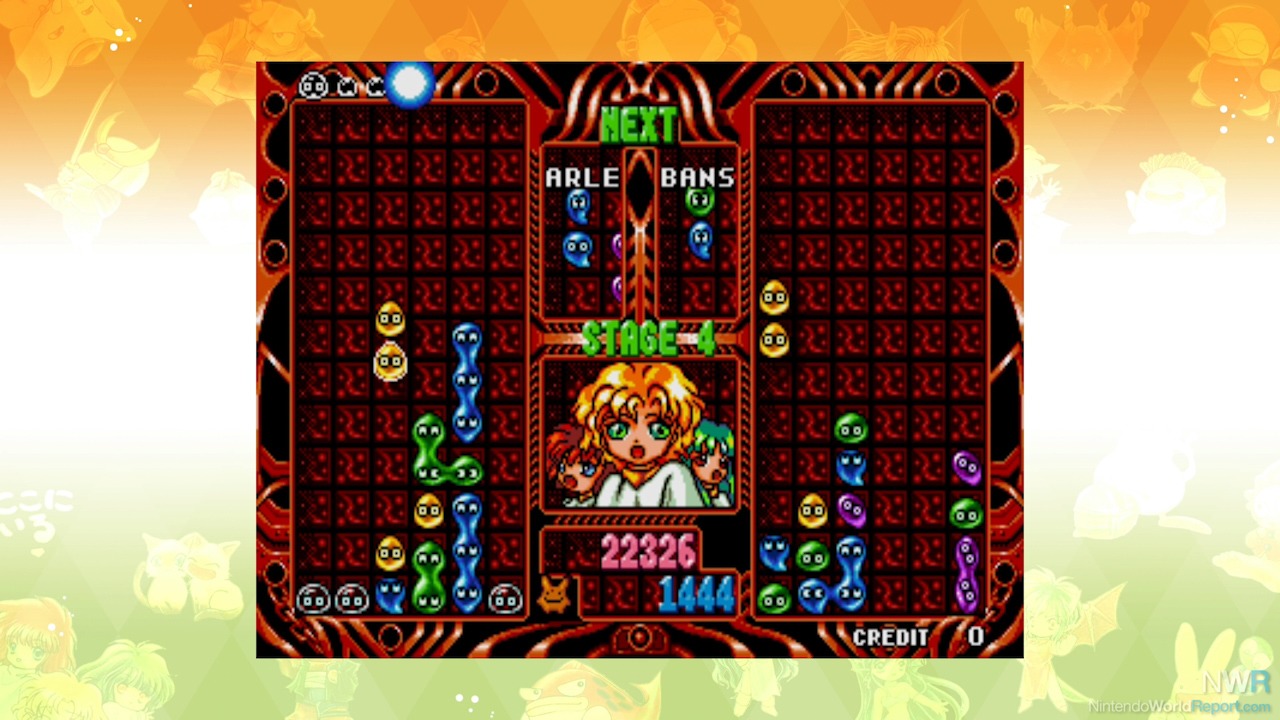 However, this edition of Puyo Puyo 2 does come with a significant series-first: the addition of colorblind options. In the display settings you’re given the option to change the colors of the blocks for better visibility. There are five preset options to choose from, but you can also customize each individual block to find the combination that works best for you. Every block has six variations to choose from, which makes for an impressive step up from the series’ total lack of colorblind options up to this point. A friend of mine who is red/green colorblind happened to visit me while I was playing the game for review, and when we faced off in versus mode he had no trouble keeping track of which color was which.

Puyo Puyo 2 is an excellent arcade puzzle game, and the Sega Ages port makes it more accessible than ever, both to a western audience and to those who have difficulty with colors. Though it is a little weird that there's leftover Japanese text in the game, this new version more than makes up for it with all the new options and features it brings to the table. It’s a must-play for fans of falling block games, and there’s never been a better way to play it.