Color your Picross world with this sturdy new nonogram game.

Much to my delight, Picross (or nonogram puzzles if you’re basic) has become a vibrant genre on Nintendo Switch. One of the latest salvos is Depixtion from DevHour Games. It has a distinct focus that varies up the formula just enough to stand out. The end result is a solid puzzle game that triumphs primarily due to the levels of control customization. 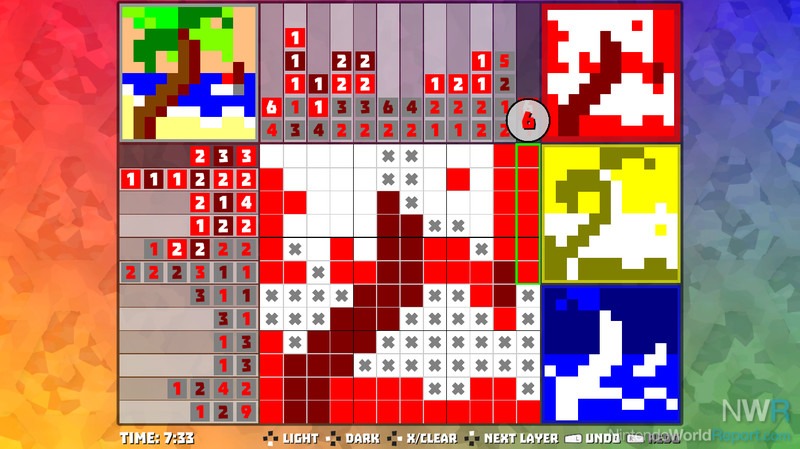 Depixtion employs one of my favorite new twists on nonograms by using colors, but for the purposes of individual puzzles, only two colors are ever used at once: a light and a dark color. Each puzzle actually consists of three puzzles that overlay on top of each other when complete. So, for example, you could solve a puzzle that uses a light and dark red color, then solve one that is light and dark blue, and finally one with light and dark green. All three culminate to create a distinct solution, mixing the colors all together. It’s overall a pleasant concept, though sometimes it’s difficult to tell which colors are which. The puzzles start simple, with 4-by-4 grids, but go up in increments of four all the way up to 24-by-24. Generally, my Picross playing has been in increments of five so this took a little readjusting, but I ended up enjoying it more for making me think in a different way. 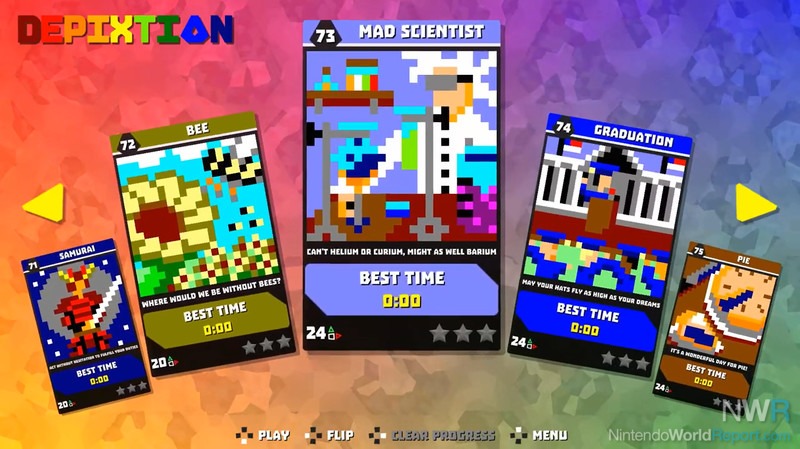 When I first started playing, however, I did not have a great time with the interface. The cursor moves slowly and by default, you couldn’t wrap around the grid. Thankfully, an options menu provides a wealth of choices, giving you the ability to auto-count tiles as you drag and select, increase the cursor movement speed, and more. I highly recommend dropping into the menu early on to find your preferred way to play.

The presentation is relatively barebones, which is fine as it is a good conduit to drive you to all of the 96 puzzles (each containing three puzzles, so technically the count is 288). Depixtion is not the best Picross or nonogram game I’ve ever played, but after checking out some dreadful examples on the Switch recently, I’m thankful when I can romp my way through a new one that is satisfying and fun. Depixtion does both in spades.