Hopefully not the best game to prominently feature Arsène Lupin we get this year.

In an ideal world, Idea Factory would be known predominantly for the visual novels produced from their Otomate division. Aksys is helping in this regard by localizing six different romance-focused visual novels from Otomate over the next year, with the first one to launch being Code: Realize ~Guardian of Rebirth~. It’s a good read, though there are some niggling issues that I found as I worked my way to my desired ending.

Code: Realize takes place in a fantasy-filled version of the UK ca. 1853, with a specific focus on a highly steampunk version of London. The point of view character is Cardia, a girl who lives in an otherwise-abandoned mansion in Wales, who can melt anything she touches, up to and including titanium, due to a set of gems in her chest that create a poison. This touch and words from her father cause her to be seen as a monster, and she is told she will never be loved. However, the game features all matter of characters from literature, including Cardia’s five potential suitors: suave phantom thief Arsène Lupin, lovestruck engineer Impey Barbicane, earnest doctor/alchemist Victor Frankenstein, cold assassin Abraham Van Helsing, and mysterious host Count Saint-Germain. Along with Cardia, the suitors are trying to find a cure for Cardia’s poison and locate her father, though the suitors all have their own goals as well. 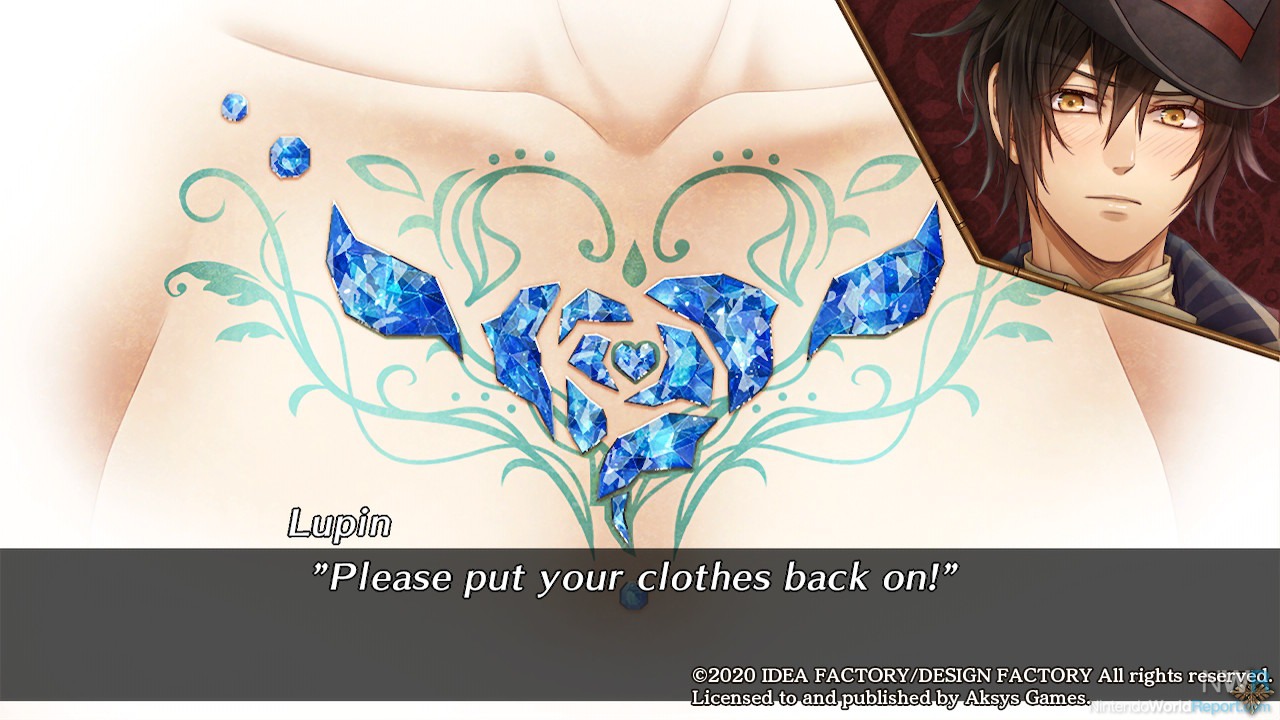 Lupin is a gentleman thief, thank you very much.

There isn’t a lot of gameplay in Code: Realize; it’s a pure visual novel, with occasional choices that determine the suitor and can potentially lead to “bad ends” (Always take Lupin’s hand when asked, or you’ll see one very quickly). A point of frustration for me was that I wanted to get on Lupin’s route from the start but couldn’t take it; I had to actually clear the other four routes first. This ended up making sense as the end of Lupin’s path involves elements from all four of the other routes, but no matter how much you get charmed in the opening there’s still about 10-20 hours of play required before the options leading to Lupin even unlock. There’s a large range of times involved as there are two options to use after clearing a single path (which took about 7-8 hours): the “Path of Genesis” which will skip multiple chapters of the game and start you on a romance route, or starting a new game and hitting Y to auto-skip text that has already been shown. The fourth route with text skipping got me to the second half in about a half hour, for instance. If going for 100% completion, getting the best ending for a route will give you all of the bad ends and unlock a special scene with the suitor that usually ends with some fanservice.

A visual novel should run fine on Switch, especially one that isn’t doing complicated animation scenes. Code: Realize lives up to that, running well in both handheld and on TV, befitting its past as a PlayStation Vita game. The bigger scenes are animated slightly, but mostly just represent a camera pan to bring a second character into the scene. Although I found the default settings for sound to really underemphasize the voices of the characters, it was a quick fix to turn the voices up in the options menu. The text is mostly translated well, but there were a few typos especially later in routes. 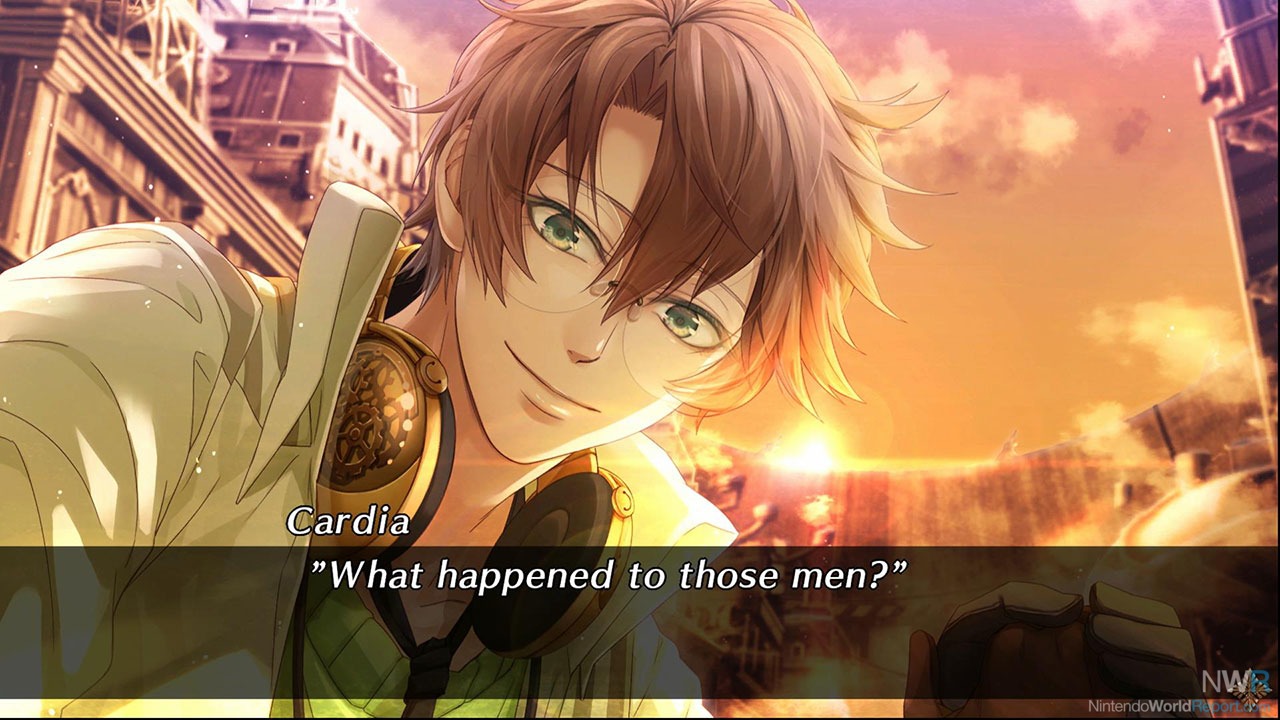 Dr. Frankenstein is Swiss and, uh, that's it.

In a romance-focused game, the characters do need to be physically attractive in their own right in addition to being well written. The suitors do live up to that, despite all being presented as of the bishonen (pretty boy) archetype. I was kind of surprised at the presentation of Queen Victoria, who was depicted with silver hair despite being in her mid-30s at the time of the game. Though given how she took the throne in-universe, it may be better not to worry about it. There are a wide variety of settings in the game, but there’s a fair bit of background re-use. I expected Welsh forests to look different than ones on the outskirts of a walled London, for instance. The music is quite good, with a vocal opening track and some stirring leitmotifs for the suitors. All named characters are voiced, but only in Japanese: there is a dub cast for the anime adaptation but that came out about two years after the game’s Vita launch. It would have been nice to have a dub, but it shouldn’t be a deal breaker.

Aksys is loading up an armada of otome this year: in fact, a “fan disc” for Code: Realize is coming out in April. For a first effort, Guardian of Rebirth is a fine read despite some of the minor quirks—and maybe Impey will be a little bit less annoying in the future.