A nostalgic trip best played alongside a childhood friend.

Knights and Bikes plays out like a retro coming-of-age movie. Overtly inspired by movies like The Goonies, it blends a touching story about childhood and loss with a wealth of environmental puzzles and light hack-and-slash combat. The developers at Foam Sword themselves also reveal some of the influences of the game as well, with Tearaway director Rex Crowle at the helm bringing that same emotionally resonant yet playful style. The little things make Knights and Bikes memorable, which is great, especially in the face of overarching gameplay that is stable but never wowing.

First and foremost, the art and animation is breathtaking, driving home the child-like aesthetic of the adventure. Everything has a bounce to it that reminds me of Squigglevision and was spelled out as “fizzy brushstrokes” in a GDC talk by Crowle pre-launch. The somewhat abstract art works even better because the whole game blurs the line of reality and fantasy, which funnels into the overarching narrative. Really I’ve only ever played one game before that reminded me of this presentation, and that was Crowle’s previous game Tearaway. 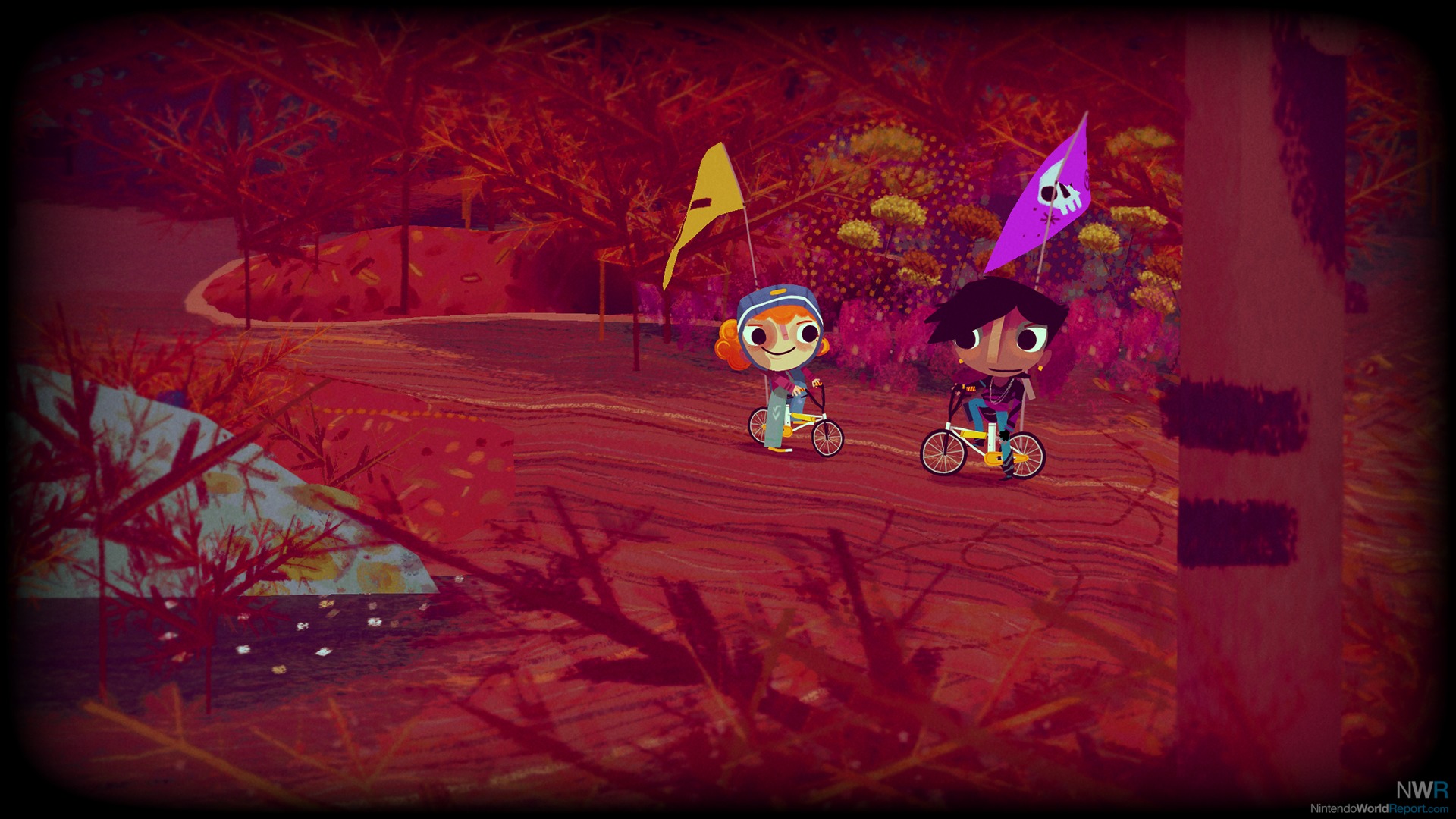 The two protagonists are heroines Nessa and Demelza, who become fast friends on the island of Penfurzy. It’s the end of summer in the 1980s and Nessa stows away on a boat to escape something to be explained later. Demelza’s dad runs the island, which used to be a more vibrant tourist destination in the past but is in disrepair. Her mom recently passed away, which has made Demelza retreat more into a world of fantasy to cope. The duo go on adventures, riding bikes, solving puzzles, and fighting likely imaginary beasts. The story, without going into too much detail, has some heart-wrenching moments. Child-like optimism has a tough go in this game, even if Nessa and Demelza try to keep the spirit alive.

Overall the design is meant to be played in co-op. Each character has their own specific abilities; for example Demelza dons a pair of rainboots early on, letting her stomp and splash water, while Nessa finds a frisbee that provides ranged attacks and functionality. The co-op experience is divine, because it requires true cooperation and communication to do effectively. The deeper you get, the more well-rounded each character gets as well. In part because the co-op is so well thought-out, the single-player experience suffers. You can switch between each character at will and the non-playable character is AI-controlled to solve puzzles and fight. The AI is good enough, but I had a few instances where I had to futz with character placement in order to get the other character to do what I wanted in tandem with my actions. Knights and Bikes is totally playable by yourself (which is how I primarily played it), but it reminded me of those times as a kid where I wandered around my backyard playing by myself as opposed to with a friend. It’s still fulfilling, but something’s missing. 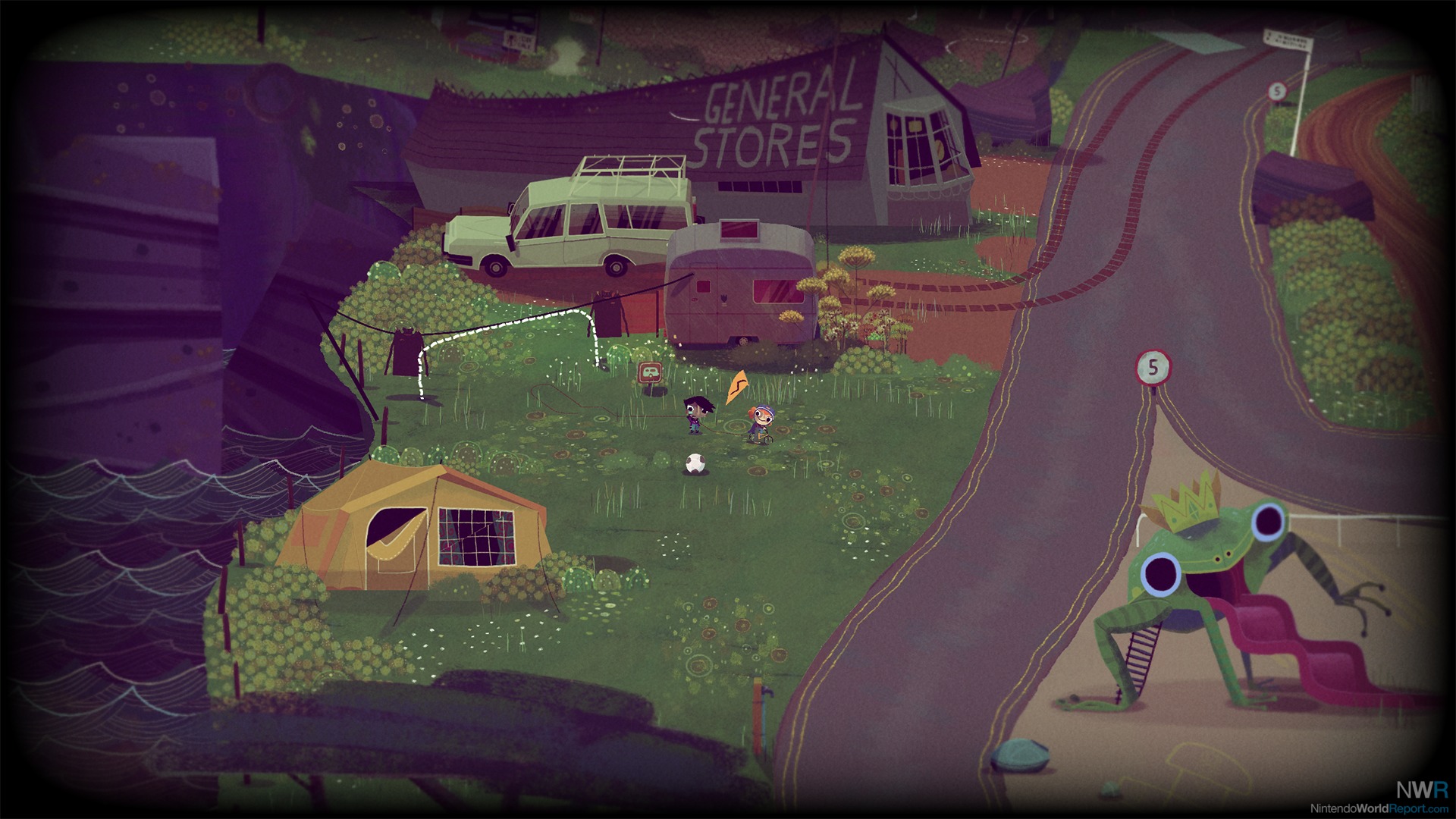 The early portions are extremely guided, but after an hour or so, you’re given the keys to the kingdom so to speak. Each character rides a bicycle around, seeking out island quests and rescuing villagers. An upgrade system exists, improving abilities and also letting you deck out your bike in the finest ‘80s throwback styles. It’s adorable yet unrefined, which is almost a mission statement for the entire game. Knights and Bikes is often reminiscent of classic video games, whether it’s Secret of Mana or 2D Zelda, but it’s a bit more janky than those games. The combat is more button-mashing than strategic and the puzzles are a little more rough around the edges than some of Zelda’s refined layouts. Part of that is because this is an indie Kickstarter game, though this seems almost deliberately a part of the storytelling. The division between reality and make-believe are blurred in this world, almost coming off akin to magical realism. The story gives reasons as to why these kids buy into their dreams, but also never totally classifies what’s real and what’s not. It’s a smart choice that helps make the game come together in a beautiful way.

Ideally, you’ll sit down and play through Knights and Bikes with a friend in the excellent co-op. If you find yourself in that potential situation, relish it like you would the end of summer before school starts again. If single-player is the only way you’ll be able to play Knights and Bikes, maybe take heed; solo play is less enjoyable experience even if the overall charm and presentation is wowing. This is a fun video game, but it’s optimally meant for two-player adventures.