Looks and sounds like a Game Boy game, but don't let that fool you.

Squidlit is an action-adventure game that hopes you’ll fall for its Game Boy-inspired visuals. You play as a squid who can shoot ink beneath it by pressing the jump button in mid-air, and these ink shots are used to take out enemies and bosses. The gameplay is incredibly simple and the controls are sound, but the incredibly short length and lack of challenge make this a fish you’ll want to throw back in the ocean. 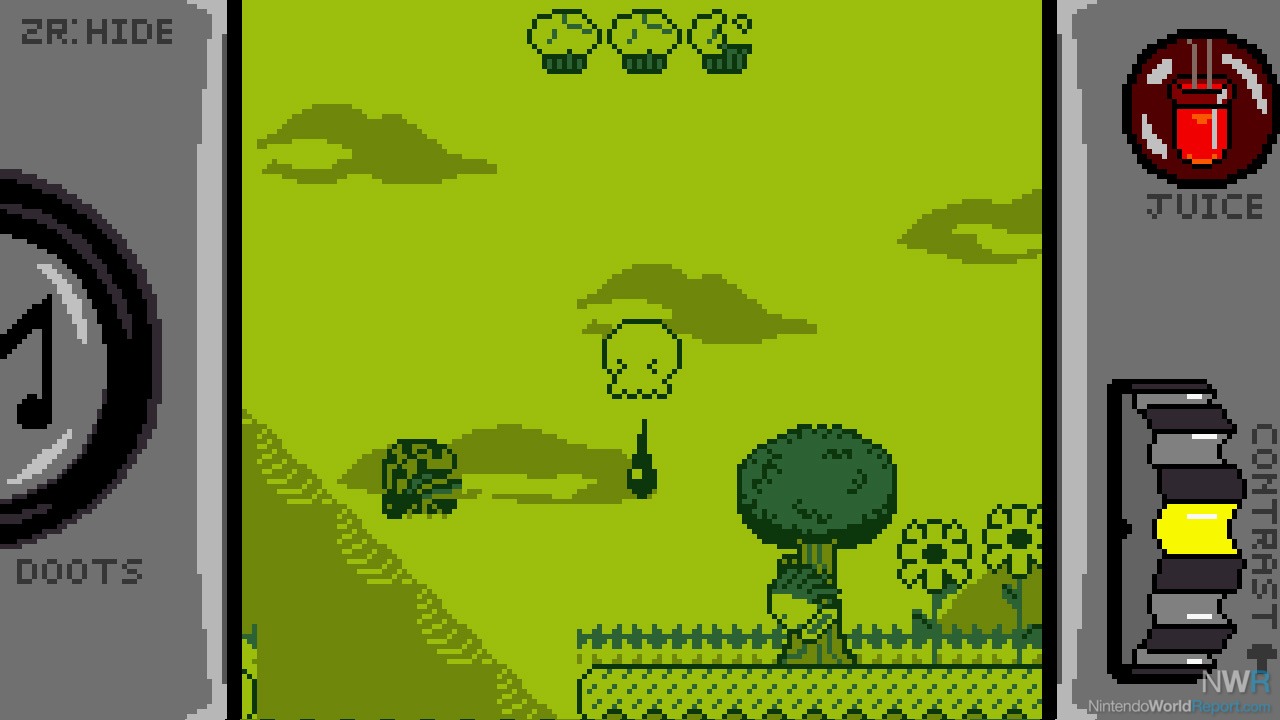 The game begins on the title screen, as you learn the basic moving, jumping, and shooting controls. The first NPC you encounter implores you to make your way to a “spoopy castle” in the background of the first stage; the visuals and perspective make it seem like you can jump right into the castle right away, and funny enough that’s not too far from the truth. As you progress through about 12 stages or so, you’ll encounter characters who spew a mix of boring and lightly humorous quips, ultimately adding very little to the experience. The enemies you encounter are painfully easy to avoid, and so there is generally no meaningful impediment to reaching the end of each stage. A few times you have to defeat a certain number of enemies to get through a door or gate, but it’s not at all hard to do so.

The visuals, sounds, and music are all very much of the Game Boy era, but it would seem that the cost of staying true to Nintendo’s first major handheld is any semblance of fun or entertainment. There are no collectables or items to pick up, other than muffins that fill up your health meter—which is also represented by muffins. Seeing the whole game through will take you under 30 minutes, and there is no reason to go back once you’ve done so. 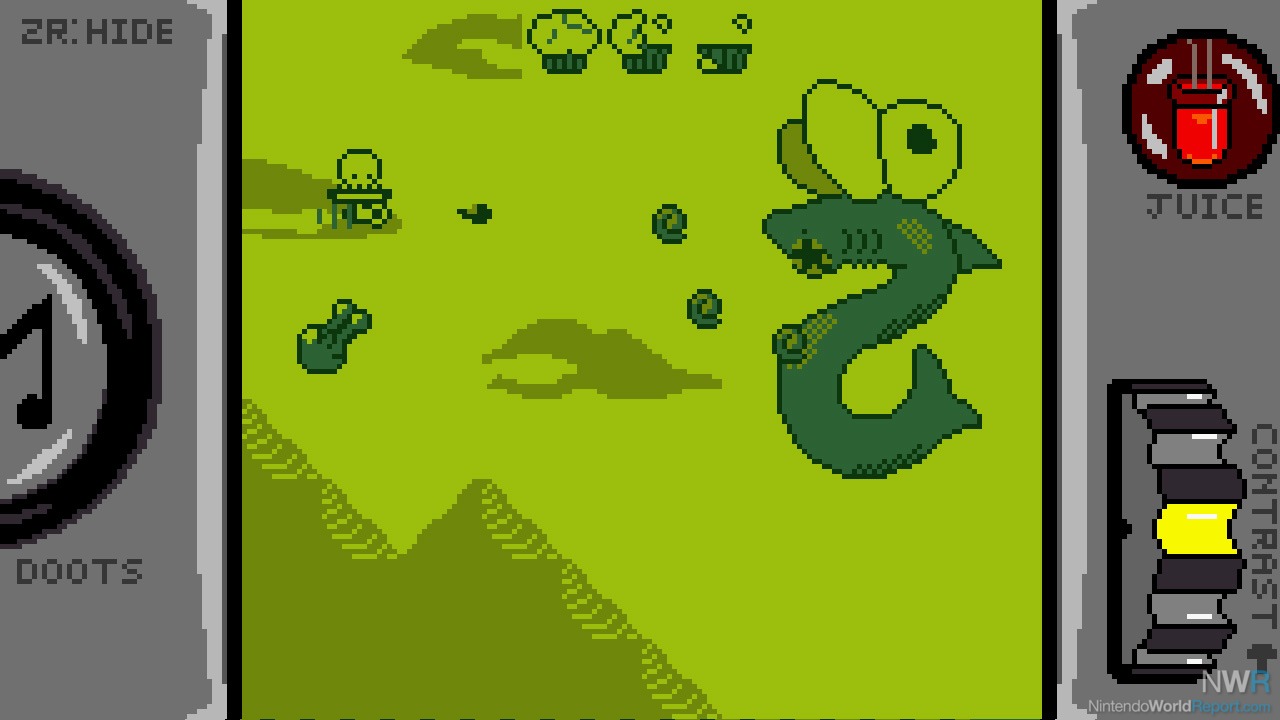 The eShop listing for Squidlit advertises that it “ does everything it can to be as accurate to the original hardware as possible,” and while that may be true, I can’t think of a Game Boy title that would be less appealing or enjoyable than Squidlit. There are only one or two interesting uses of its core gameplay mechanic and no discernable challenge in any of its stages. If your favourite genre is retro platformers in that familiar yellow-green that feature squids for protagonists, Save me Mr Tako is an infinitely better game. Even if you have a religious attachment and nostalgia for all things Game Boy, Squidlit just ain’t it, Chief.