When Oddworld: Stranger’s Wrath originally released for the Xbox back in 2005, it was a very different time for the industry, that platform, and game design in general. The new remaster on Switch is in many ways a fascinating time capsule in that it brings with it so much of the sixth generation. Like many games of that era, it may not hold up flawlessly, but there is much to be admired in this odd blend of 3D platforming and first-person shooting.

Stranger’s Wrath stars the titular Stranger, whose goal is to raise money to fund an ambiguous medical operation. You do this by taking on bounties in towns, where you can also purchase supplies and upgrades. With a bounty in hand, you venture out into the world to hunt down your prey. While the structure of the world is mostly linear with only the path towards your current objective available, it all flows together very well. Loading screens are rare, only really occurring when traveling to an entirely new environment. Technically, there is also loading when entering and exiting buildings, but it is so fast that it is often times imperceptible. 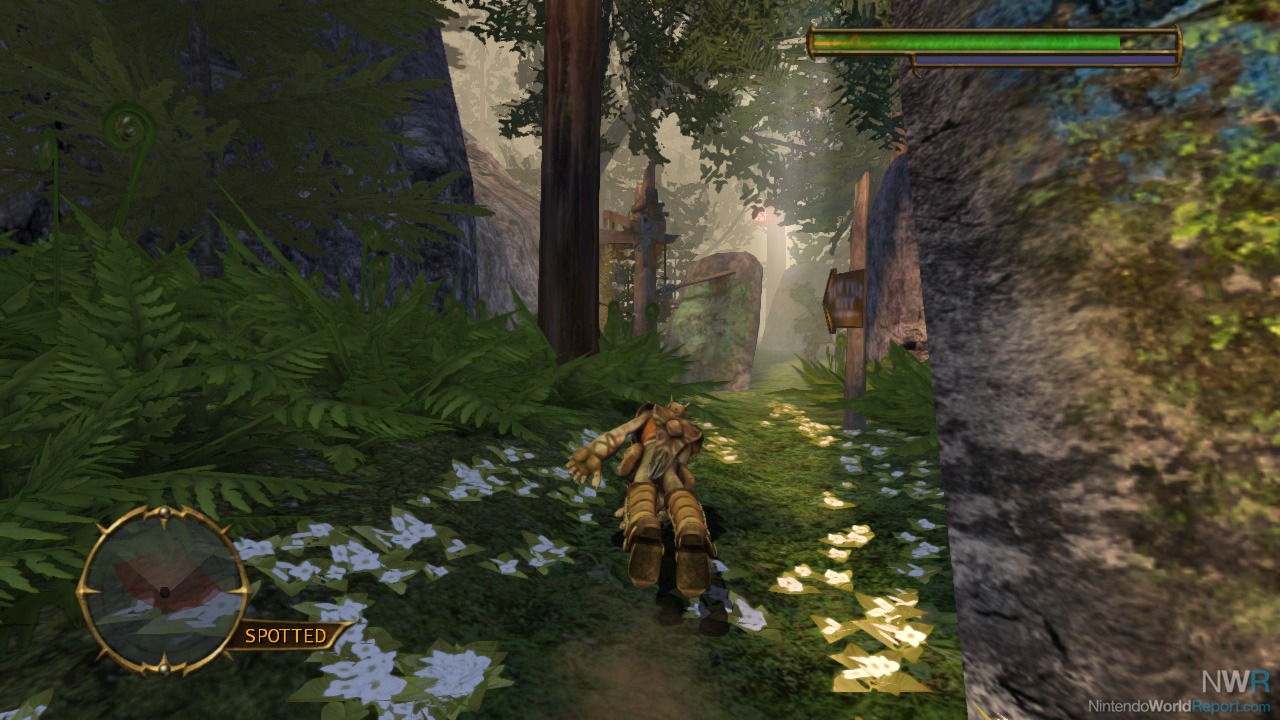 At any time, you can switch between first and third person perspectives. First person presents a familiar FPS style view and is where you’ll do all your shooting and most of your combat. You can technically do much of your platforming here as well, but third person is clearly the intended platformer perspective. Third person also expands on Stranger’s moveset. This mix and match gameplay is inventive and speaks volumes to the perceived need to mature the 3D platformer in 2005. Unfortunately, while the shooting fares well, the 3D platforming is often rigid and awkward, even by 2005 standards. Stranger’s momentum seems to drop off with no warning and hit detection for platforming is often of questionable accuracy. On a platform with great platformers like Mario Odyssey, New Super Lucky’s Tale, Poi, and the Spyro remasters, the platforming in Stranger’s Wrath just feels bad. The shooting on the other hand is generally solid. The most interesting element of the entire game comes in the form of the ammo for your crossbow. All of your ammo is comprised of living creatures which can be found throughout the world and caught to replenish your stock. Each one has a unique behavior. While one may serve as a somewhat traditional machine gun style weapon, others can serve as traps or distractions. The variety of types available allows you to tackle each mission with a different strategy. Combine this with added rewards for capturing enemies alive, and it literally pays to plan out your attack carefully.

Stranger’s Wrath presents a lot of interesting systems with its dead or alive system and its blend of perspectives, unfortunately there isn’t much gameplay variety to support it. You’ll quickly come to realize that every mission is a slow trudge through a large area generally sporting some frustrating platforming before coming to a large shootout. Early on, you’ll at least be regularly unlocking ammo types, but soon even that fizzles out. While the gameplay is mostly fun and there is some challenge in getting the most money out of every bounty, the repetition quickly caused my interest to wane as I felt I was doing the same thing over and over again. 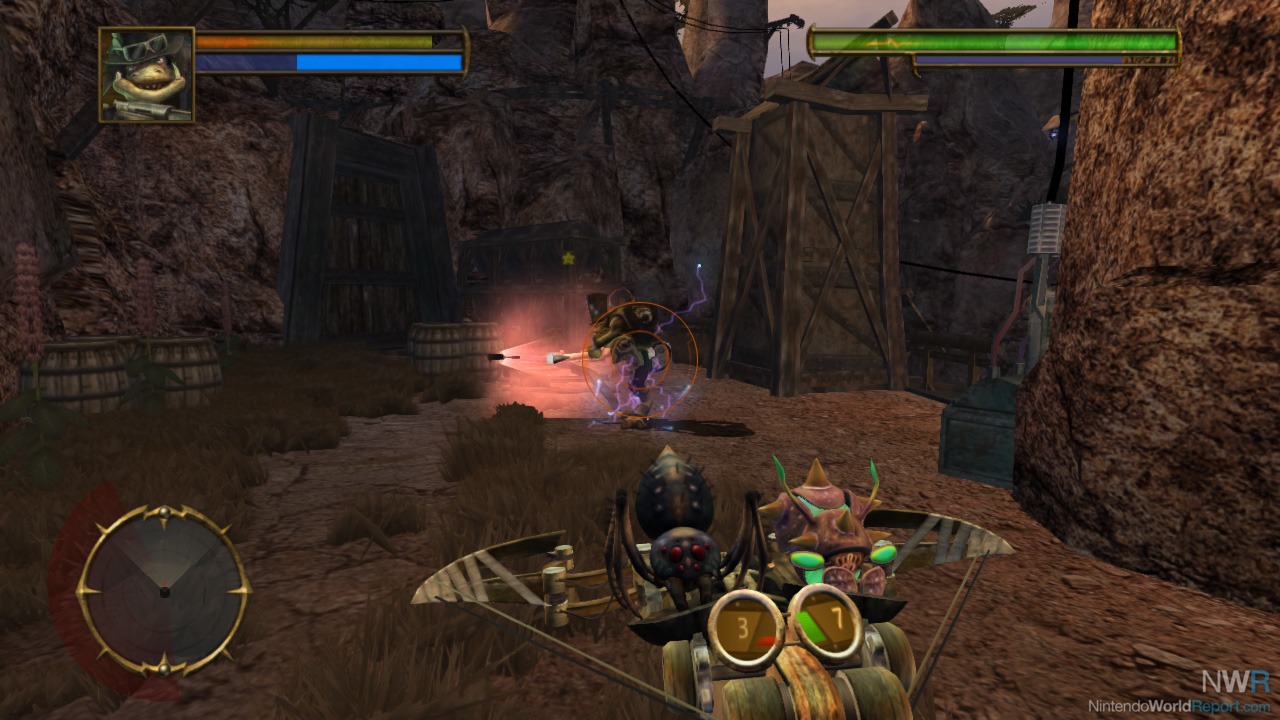 This port itself is overall quite good. As I mentioned earlier, moment to moment loading is almost non-existent. Even the more significant loading between areas is relatively short. In docked mode, Stranger’s Wrath appears to run at a full 1080, with undocked reduced as expected to 720. I was surprised to find that the options menu included a toggle for two different kinds of anti-aliasing or the option to remove the effect entirely. This allows you to further customize the exact image quality to a degree rarely seen on consoles. I did notice occasional frame rate dips, but in general performance was consistent. While I didn’t have perfect like-for-like scenarios in which to test it, I suspect disabling anti-aliasing entirely from the options menu may boost performance slightly for those looking for the best possible frame rate.

Oddworld: Stranger’s Wrath was a very inventive game at its initial release, and much of that original ambition can still be seen. Unfortunately, in the modern context some of that wow factor has grown a bit dull. While the first-person half of its gameplay loop still holds up pretty well, the platforming is mostly just frustrating and clumsy. The dead or alive system helps add some tension to each level, but it ultimately doesn’t save the progression from becoming a bit repetitive. Although some elements have aged well, large swaths of the game design serve more as a look back at 2005 than a modern piece of entertainment. That being said, if like me you have a penchant for the strangeness of the sixth generation of gaming, you’ll likely be able to see Stranger’s Wrath for what it represents. Like many remasters from this era, it is best played with its original release era in mind.