A loving homage to the arcade scene and the discovery of gaming-induced joy.

If your first gaming memories are from the ‘80s, chances are something in 198X will speak to you on a very personal level. Whether it was the first time you put a coin into a Final Fight cabinet or your maiden voyage flying the R-9 in R-Type, so many of us either have precious memories of that decade itself or created them with experiences born during that pivotal time in the history of video games. 198X isn’t a long game; it can be completed in the space of an hour. But it portrays those moments of discovering the power of this medium in a way that I’ve never seen before, and the beautiful pixel art story segments make the playthrough exceedingly poignant, if also somewhat bittersweet.

198X plays out over brief story vignettes and five different gameplay segments, starting with a brawler section entitled Beating Heart. The other four genres represented are horizontal shooter, arcade racer, action auto-runner, and first-person dungeon-crawler. None of the gameplay portions have a lot of depth, but they do evoke the simplicity of the era, which feels meaningful. They also play and control fairly well, which is noteworthy given their lack of screen time. There’s no real consequence for failing at any of the games, either, since you just restart from a beginning that isn’t far off or a recent checkpoint. The auto-runner features a ninja-type character who can slide, jump, and slash, and this was the one that felt the longest and was the most challenging.

While the gameplay itself isn’t all that thrilling, the spectacular pixel art is absolutely on point. The narrative sections feature a protagonist named Kid, a teenager who is struggling with a difficult family situation and impending adulthood, and the style and look of these sections is mesmerizing. I really just hoped for more of them, both to learn about the story in greater detail and see more of the gorgeous artwork. The presentation is further buoyed by an incredible and evocative soundtrack that features Yuzo Koshiro. The somber and moody tracks that play over the vignettes complement the authentic music of the game segments. As an audio and visual experience, 198X is absolutely one of the strongest on Switch. 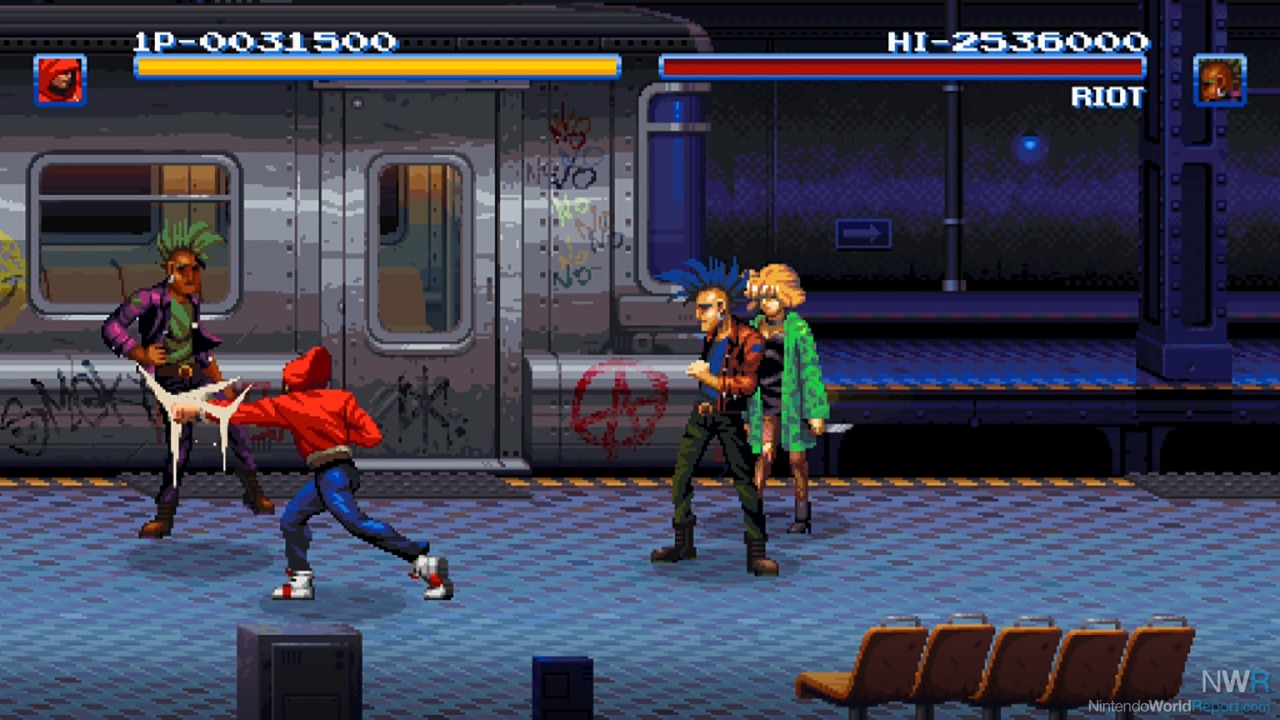 198X ends with a promise: “To Be Continued,” and I sincerely hoped that it would fulfill that promise after the credits rolled, but sadly that wasn’t to be. Its unique structure and message about the impact that video games can and have had on us make this a worthwhile investment, but it also feels so much like a tease for something more, something more substantial. If you’ll permit me to don my philosopher hat for a moment, perhaps the brevity of 198X represents the fleeting nature of that initial discovery, the uncovering of worlds where we can escape, if only for a little while, the pressures and turmoil of life. Understanding the experimental and purposeful design of 198X goes a long way toward appreciating it. Rather than a fun, traditional game experience, it’s best viewed as a bold and thought-provoking work that reminds us of a time before wireless controllers and console wars. Back when all you really needed was a quarter and some courage.