A clunky, but welcome solution to a launch day problem.

The built-in stand on the Switch is honestly pretty bad. It’s flimsy and has exactly one optimal viewing angle, and I’ve learned the hard way that that viewing angle just doesn’t work out on an airplane tray table. The Gravilogic Switchblades are an attempt to rectify the failure of the built-in stand with a fully adjustable attachment, allowing tabletop play to work at any comfortable angle. 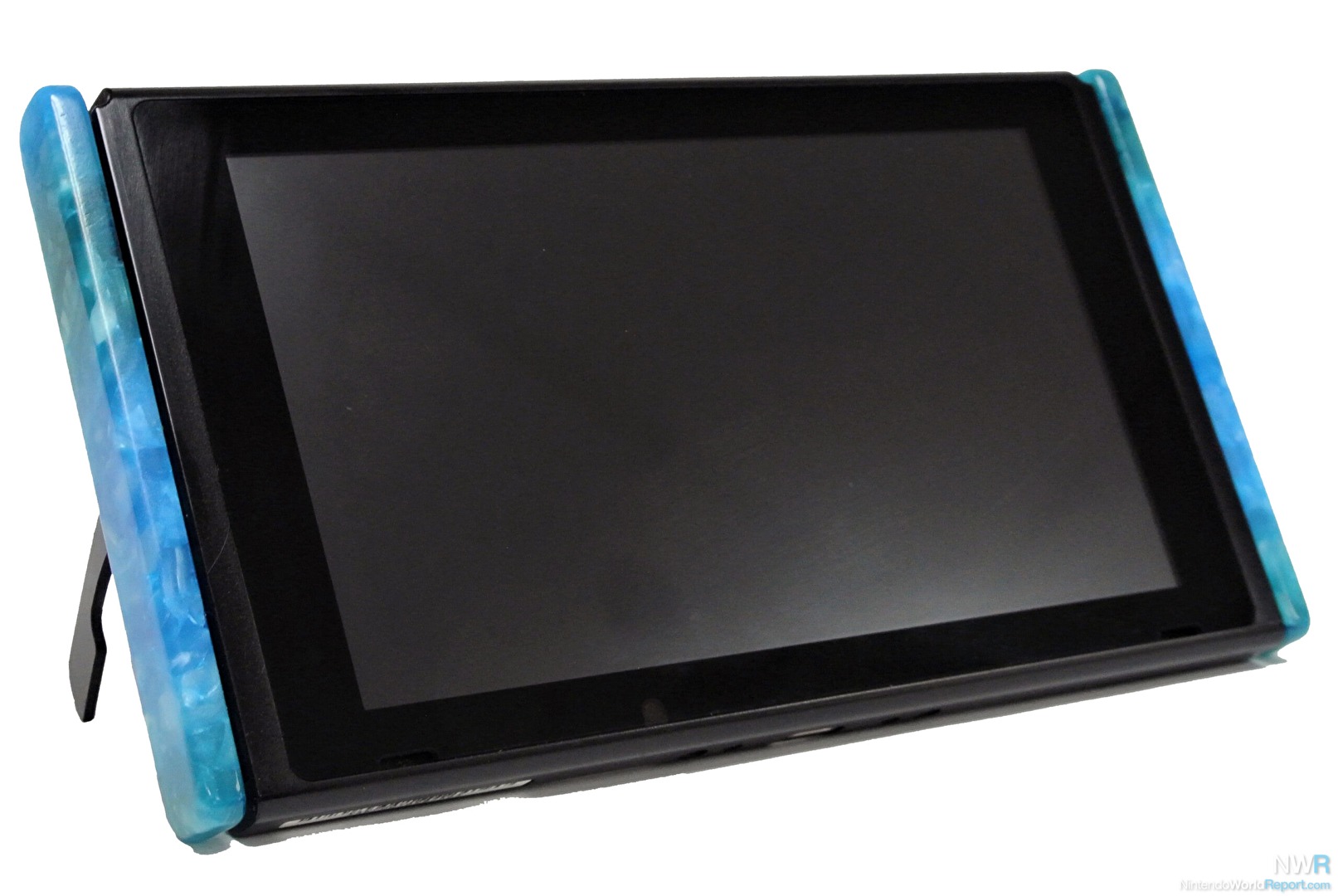 The Switchblades are very simple to use: you just slide them onto your Joy-Con rails, pull out the plastic legs for the Switch to rest on, and Bob’s your uncle. The legs allow for a range of angles that isn’t quite the full 90 degrees between upright and flat, but you can get every angle I can imagine ever wanting. They’re pretty sturdy too; the legs never slid around or felt like they could break easily, so I can see myself using the Switchblades for a good long while.

Using the Switchblades had the unexpected benefit of showing off the Switch’s utility as a dedicated video device, which is unfortunate given the lack of variety in video apps on Switch. The Switch’s screen is a good deal bigger than my phone, so being able to put the Switch just to the side of my monitor and have a video running without a lot of fuss is pretty great. 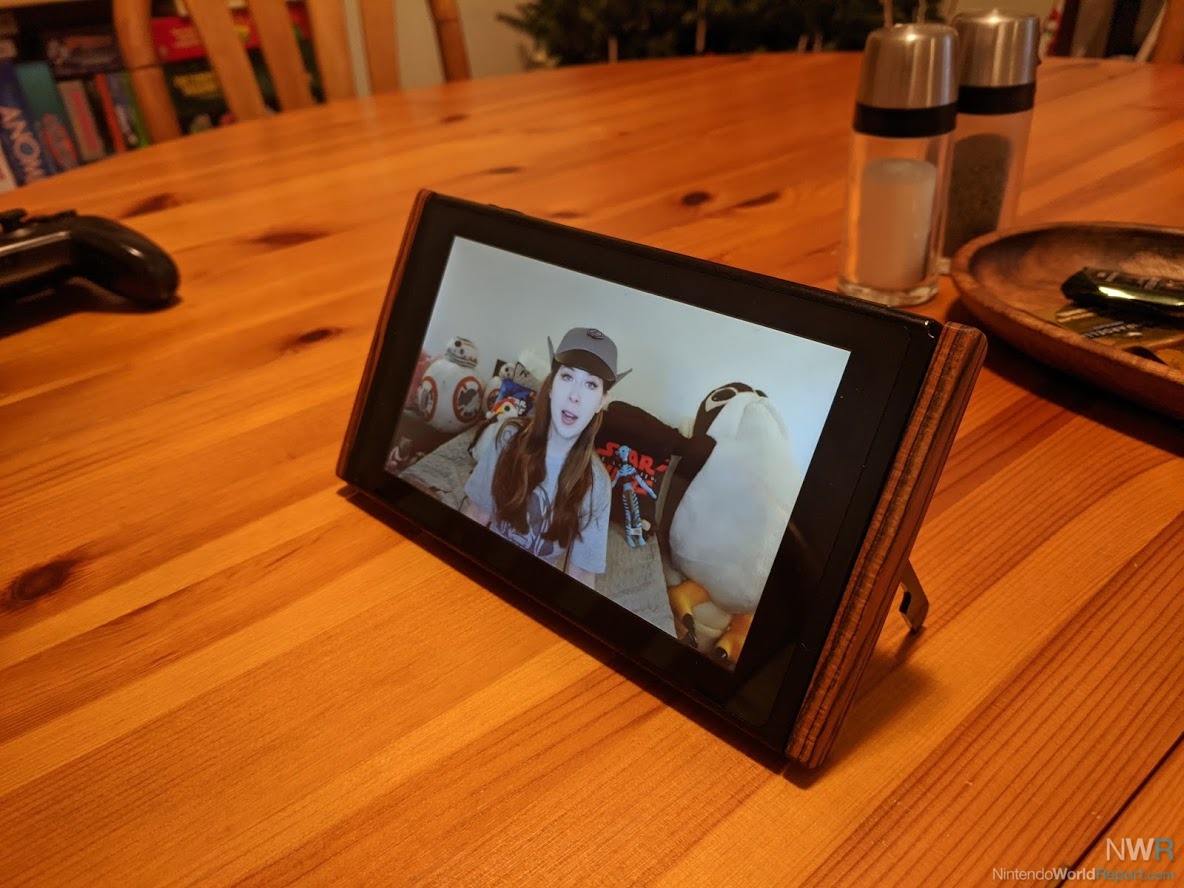 My second complaint is that the mechanism for detaching the Switchblades from the rail isn’t very intuitive. There’s a small tab on the top of the Switchblades that must be pushed inwards to release the connection to the rail. In addition to being very difficult to figure out how to do it if you’ve carelessly discarded the instructions that came with the accessory (oops), the tab just doesn’t work as well as the release button on the Joy-Cons. It’s tough to get a good grip to pull the Switchblades off while pushing the tab, and most of the time I was only able to do it because I happen to have long fingernails. 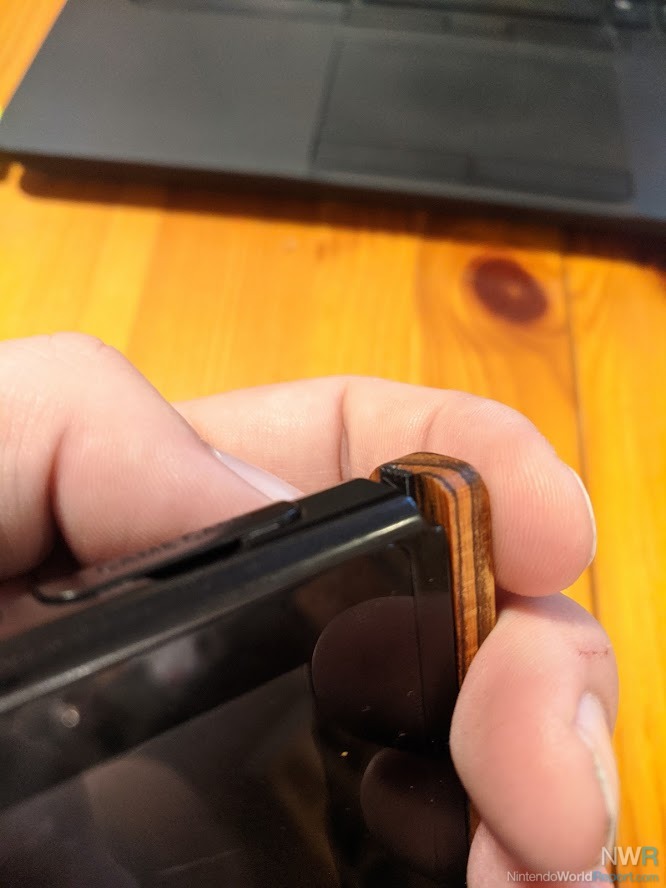 Despite the clunky release tab, the Gravilogic Switchblades are overall a good accessory that solves a problem I’ve had with the Switch since day one. They fit well onto the Switch with less than a third of the size of a Joy-Con, and they’ve proven useful in more situations than I expected. I would’ve liked for them to be a bit easier to pull off the console, but a bit of finagling is worth the improvements. I’ll be getting on a plane for my vacation later this month, and I’m looking forward to finally having a comfortable way to play Switch for the whole flight.