A solid collection of shooters that shines even brighter if you own a Flip Grip.

Psikyo Shooting Stars Alpha brings together six classic arcade shoot-’em-ups, four of which are vertical, one horizontal, and one multi-directional. I still remember actual times when I visited the local arcade as a kid and pumped quarters into games like STRIKERS 1945, and it’s a welcome blast from the past to have a chance to revisit these games on a modern platform. Overall, there are some nice accessibility options in terms of being able to adjust the difficulty, number of lives, and number of continues for each title. In addition, the four vertical shooters can (and should) be played using the Flip Grip, which allows for TATE mode and truly simulates the arcade experience. Here are all the games included in the collection and my thoughts on each.

STRIKERS 1945: After choosing from six different ships, you play through eight stages that each culminate in a final boss. Each ship has a standard fire, a charge ability, and a screen-clearing bomb, and they all play a little different from one another—some having stronger weapons or faster movement, for example. One neat thing about the multi-stage boss fights is how they often transform from a boat or aircraft into some type of giant mech. The enemy variety is a little lacking across the three STRIKERS games, but the gameplay is solid. The music plays on the military theme, but it’s a little more bombastic and serious than the soundtrack of the other two entries.

STRIKERS 1945 II: Originally released in 1997, two years after the first game, the sequel also features six playable ships and the same number of stages. The visuals are a little more clean and crisp in STRIKERS 1945 II, and there is now a meter at the bottom of the screen that builds up for your charge ability. This soundtrack is a little more upbeat compared to the first game and moves away somewhat from the military sound. Ultimately, it’s a very similar experience, but a pretty good one nonetheless.

STRIKERS 1945 III: Never before released on console, the third STRIKERS game had only previously been on arcade and Android, so it’s a really neat addition to the line up. It has five ships to start with, but there may be a sixth one that you can unlock since the other versions do have it. There isn’t really much that distinguishes the second and third games, but I will mention that the HD graphics really add life to the pixel art of these arcade staples. 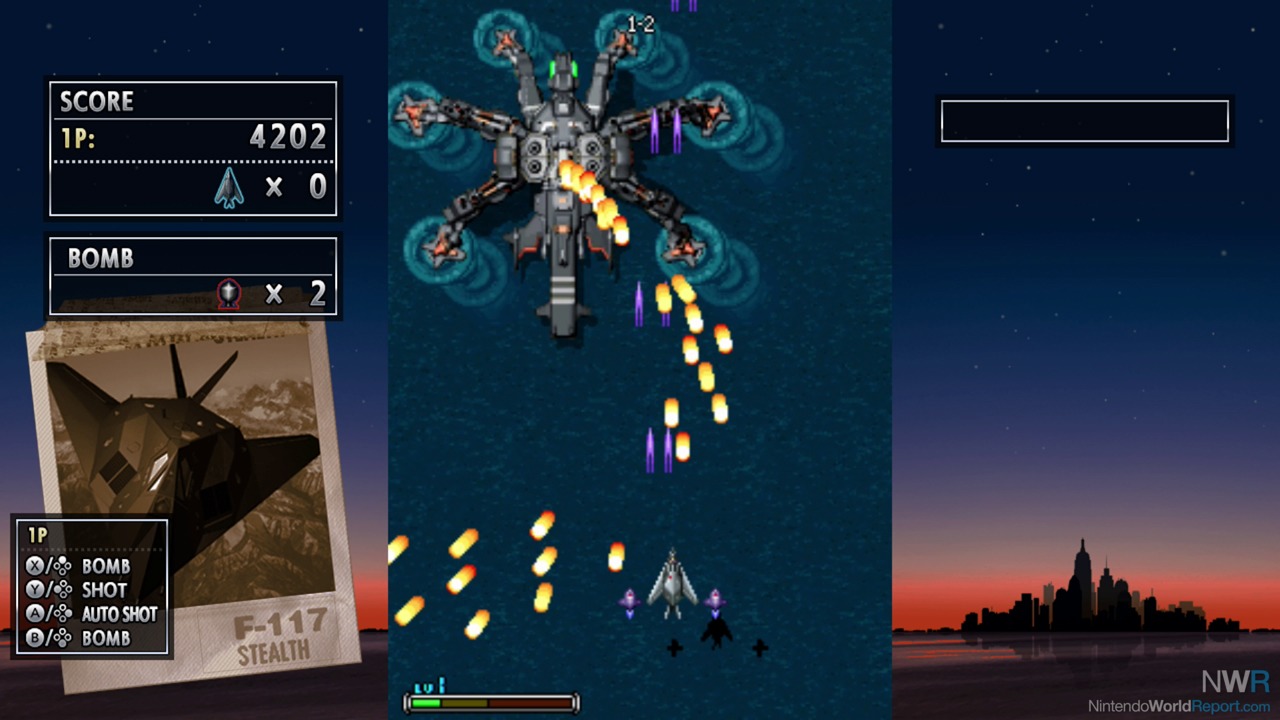 SOL DIVIDE: The only horizontal shooter of the bunch, SOL DIVIDE is fantasy-themed and features three playable characters. It plays much differently compared to the more traditional shooters in the collection. Here, you have a melee attack, magic spells that gradually unlock and require the use of a magic meter, and your standard projectile weapon. You also have a life meter that can be increased and refilled by picking up items that drop from enemies. The soundtrack is fairly enjoyable but doesn’t have a lot of variety to it. There are some branching paths in the stages, but the final stage is a brutal, multi-segment gauntlet that has to be beaten on a single credit. Overall, SOL DIVIDE isn’t bad, but the CG art style and short, bland stages make it more of a novelty. The translation is good for a laugh, though. 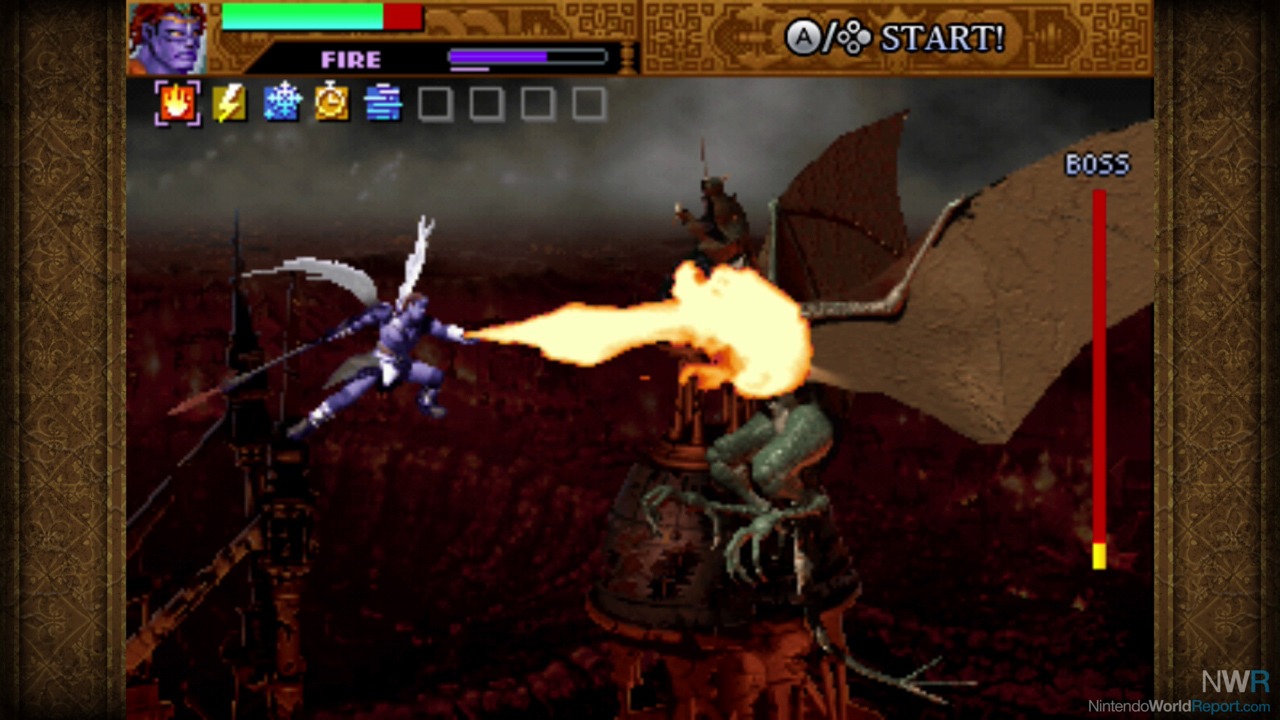 Dragon Blaze: Another fantasy-themed title, Dragon Blaze is the fourth vertical shooter and features excellent enemy variety. The four playable characters are dragon riders, which plays into the game’s mechanics. In addition to standard fire and bomb attacks, you can launch your dragon out in front, separating yourself from it temporarily, to create another point of fire or even use unique and devastating magic attacks that you charge up. Of all the titles in Psikyo Shooting Stars Alpha, this one felt the most like a “bullet hell,” which was a nice change of pace. It’s a fun dragon ride through the seven total stages. 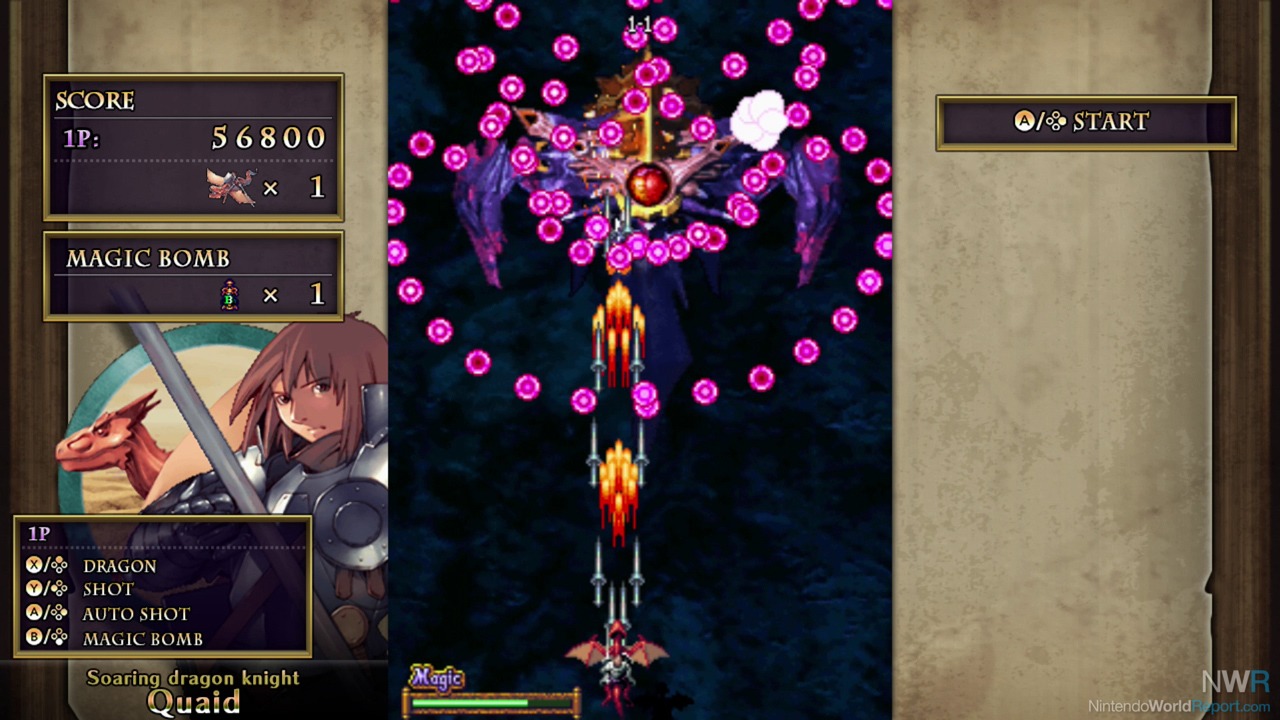 ZERO GUNNER 2: The final game is different from the other five in that it scrolls in multiple directions, rather than just horizontally or vertically. It could also be considered the least “classic-looking” of the bunch, with a more modern 3D visual style. Playing ZERO GUNNER 2 made me wish that it was a twin-stick shooter since enemies appear on all sides, and gameplay works by pressing a button to create a crosshair on screen that you pivot around. This allows you to change your direction of fire, but it never felt as natural or comfortable as I wanted it to. You only have a choice of three helicopters to take you through the game’s seven stages. It has a sweet boss battle theme that plays in every stage and is worth experiencing, considering its uniqueness. 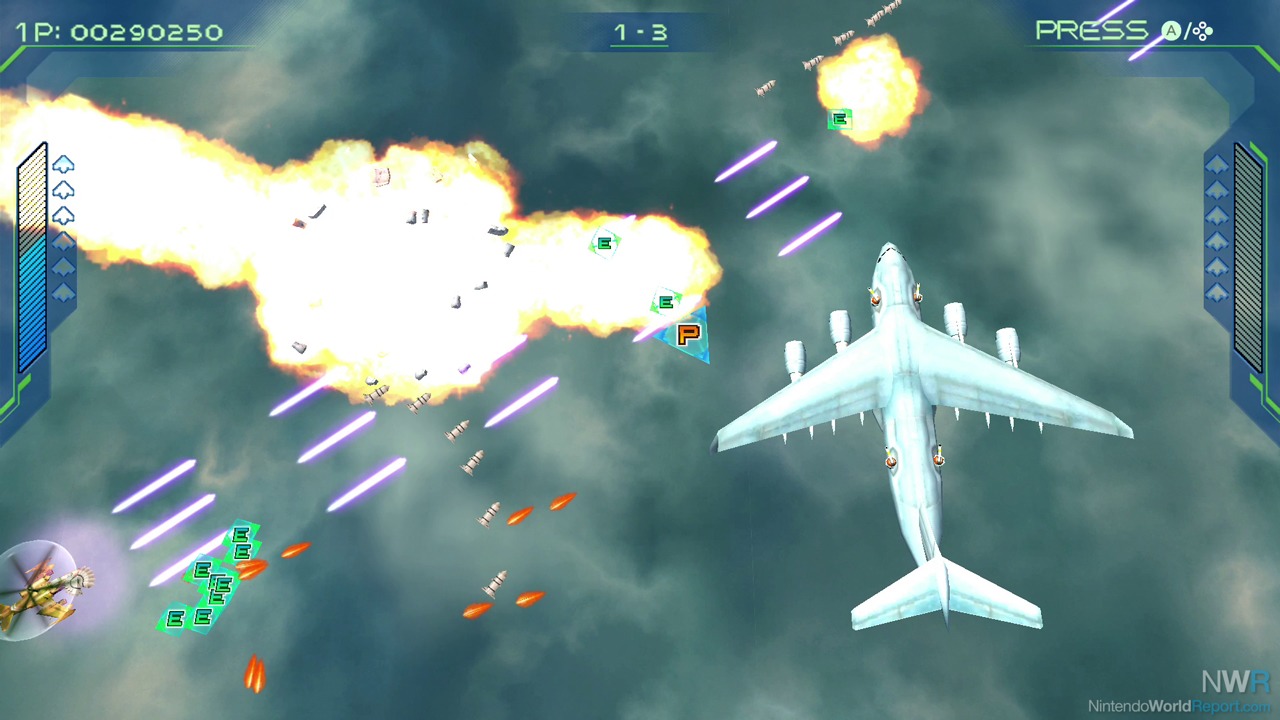 Psikyo Shooting Stars Alpha will bring you back to the glory of the 90s arcade scene, but it’s missing some extra features that we’ve come to expect from compilations and retro releases. There are no online leaderboards, which really hurts the replay value and is more than a little baffling. Another curious omission is historical materials related to these games, like the ones included in the recent SNK and Konami collections. Given that every game in this collection is available to purchase on the eShop individually, except for STRIKERS 1945 III, I think it’s reasonable to expect bonus content of some kind. On the plus side, each game can be played co-op and there is no shortage of ways to challenge yourself. Shoot-’em-up enthusiasts will be fairly pleased, but this feels like a missed opportunity to really celebrate these six games and where they came from. Psikyo Alpha certainly doesn’t shoot for the stars, and you might already own some of these games, but its stellar gameplay is still out of this world.