A brisk, minimalist platformer with shifting colors and rhythm-based gameplay.

I’ve reviewed my fair share of platformers on Switch, most belonging to that minimalist niche that prioritizes gameplay over graphics. 140 is another such title that doesn’t draw you in with a glance and is targeted directly towards fans of the genre looking for another pit or set of spikes to leap over. The use of simple color patterns that change as you proceed through each of its four levels works playfully with the music and sound effects that direct you when to move, but one particularly frustrating section and a lack of variety hold 140 back a little bit.

The game opens without a menu or any cues telling you how to play or where to go, so you glide to the right until you encounter your first set of obstacles. It’s not the first time I’ve seen this barebones approach, but it’s off-putting here since there’s no real pause menu (the - and + buttons bring up the Switch’s controller selection screen for some reason) and there’s no indication of how or when your progress is saved. As it turns out, once you finish a level, your progress is saved, and you can activate an orb at the beginning area to return to a previous level. The levels themselves feature fairly standard platforming fare and a generous number of checkpoints. Restarting after failure is quick, and the way that the colors and sounds change as you make progress is satisfying. 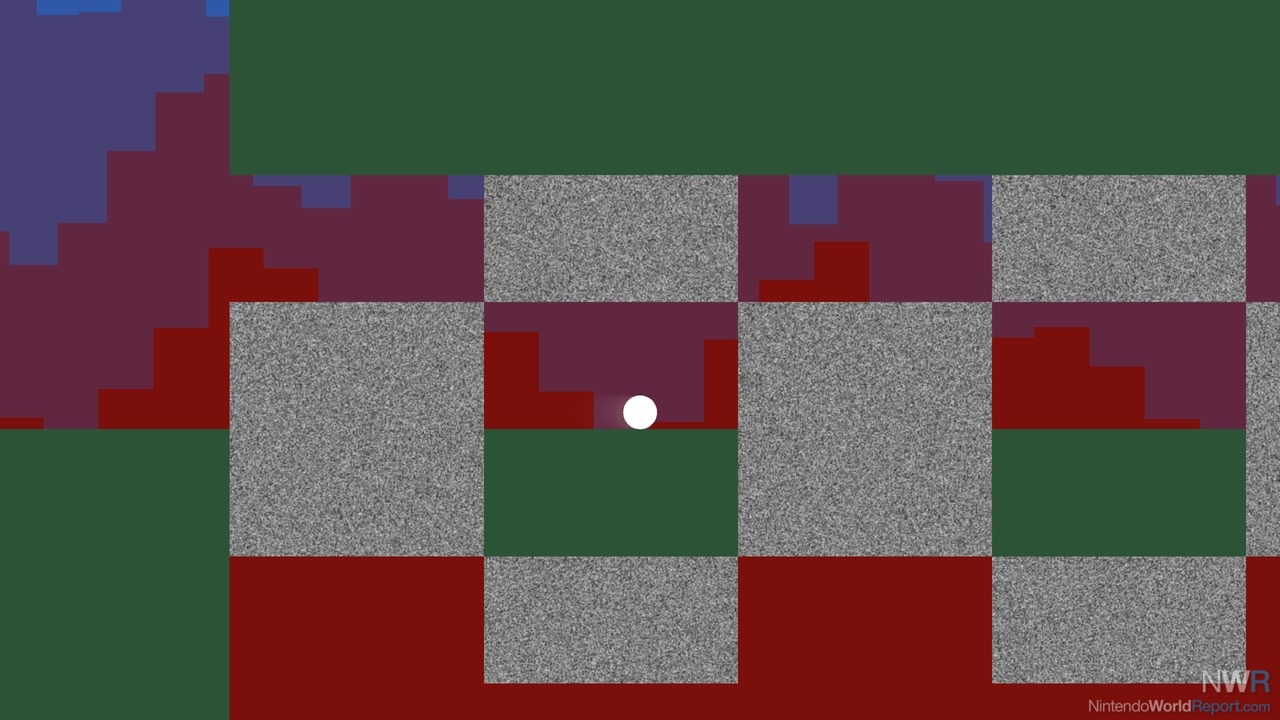 Boss encounters at the end of each level involve precise movements and generally pose a greater challenge than anything the levels throw at you. The boss of level three is incredibly difficult, to the point of agony. It involves split-second timing and screen rotation, and it took a lot of willpower for me to not throw my console across the room in frustration. I understand that there are usually timing elements in platforming games, but this section presented such a steep difficulty spike that it hurt the overall experience.

It’s reductive to say that if you’ve played one minimalist platformer, you’ve played them all; that’s certainly not true. But it is true that these games generally aren’t for everyone, and that’s definitely the case with 140. The four levels can be completed in an hour or two, and there isn’t really any reason to come back once you’ve done so. Fortunately, the music is mostly pleasant and the jumping feels tight. More platforming variety, like special abilities, and incentives, like hidden or hard-to-reach collectables would have been a welcome addition, but as it is I would only recommend 140 to the genre-fan who has to play every single game out there.