The atmospheric survival horror game is now on the Nintendo Switch.

Creating a sequel to a beloved film is not an easy task, especially when it uses a completely different medium to tell its story. Luckily for gamers, Alien: Isolation is an extremely effective follow-up to the original Alien film released in 1979. Unlike the more action-oriented film sequel Aliens, Alien:Isolation hews closely to Ellen Ripley’s first extraterrestrial encounter and focuses on horror. The Nintendo Switch version of Alien: Isolation is a scary and atmospheric horror adventure that is a must play for fans of the genre. 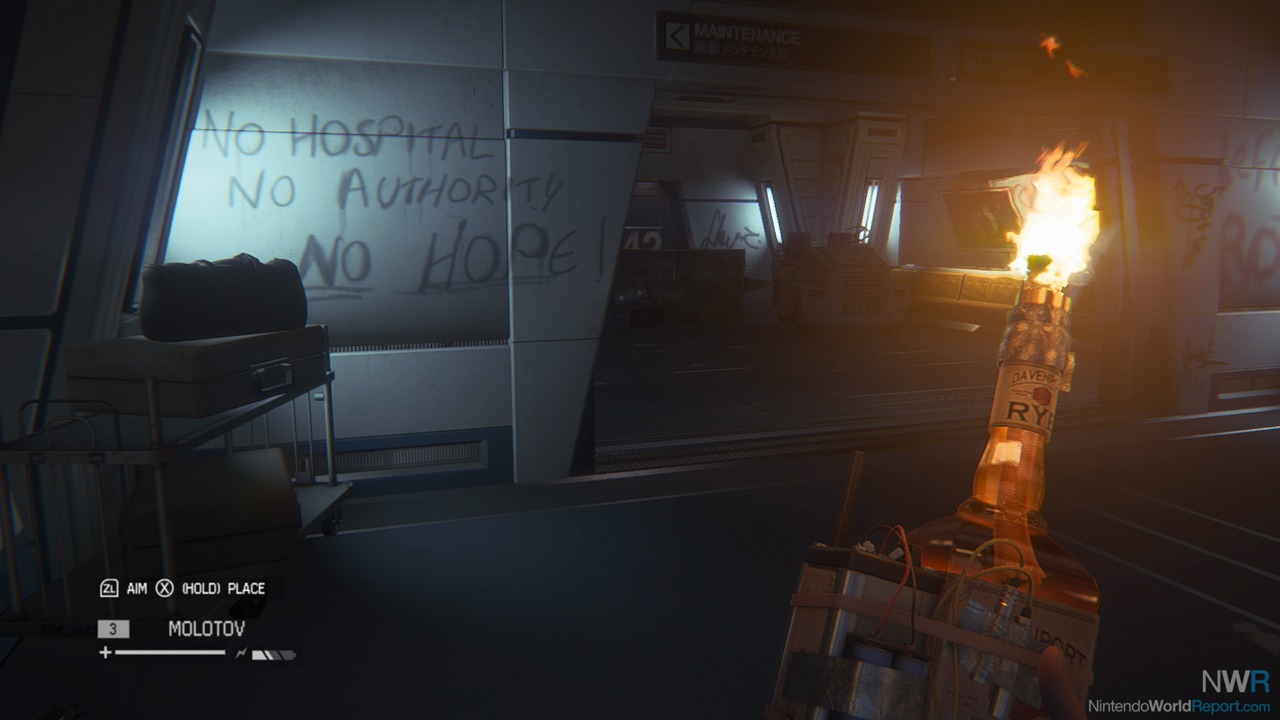 Alien: Isolation starts off approximately 15 years after the events of the original Ridley Scott film, with Ellen Ripley’s daughter, Amanda, on a mission to find out what happened to her mother. Amanda hopes the answers she seeks lie on the flight recorder of her mom’s lost ship, the Nostromo. The majority of the game takes place on a remote space station called the Sevastopol, which currently houses the flight recorder. I’ll tread lightly on further story details, but I will say that the voice cast does a great job of bringing the game’s inhabitants to life and that the story is told through both cutscenes and via messages left on the in-game computer terminals.

Employing stealth and avoiding detection are vital to survive in Alien: Isolation. Along with the titular otherworldly creature, human and android foes also can be found aboard the space station. While you have an assortment of weapons and gear that you can craft and utilize, they usually will only slow down your opponents temporarily. Similar to stealth in Metal Gear Solid, sometimes the best option is to hide in a locker, hold your breath, and wait for the alien creature to walk away.

It’s worth noting that sometimes Alien: Isolation can be very frustrating. Depending on what difficulty you choose, you might find yourself repeatedly falling to the same foe, which certainly can dampen your enjoyment of the game. Thankfully, you have the option of adjusting the difficulty whenever you like, if a certain section gets too tough, for example. (Note: If you choose the “Nightmare” difficulty mode, you cannot make an adjustment later on, and I promise you will die a lot.) 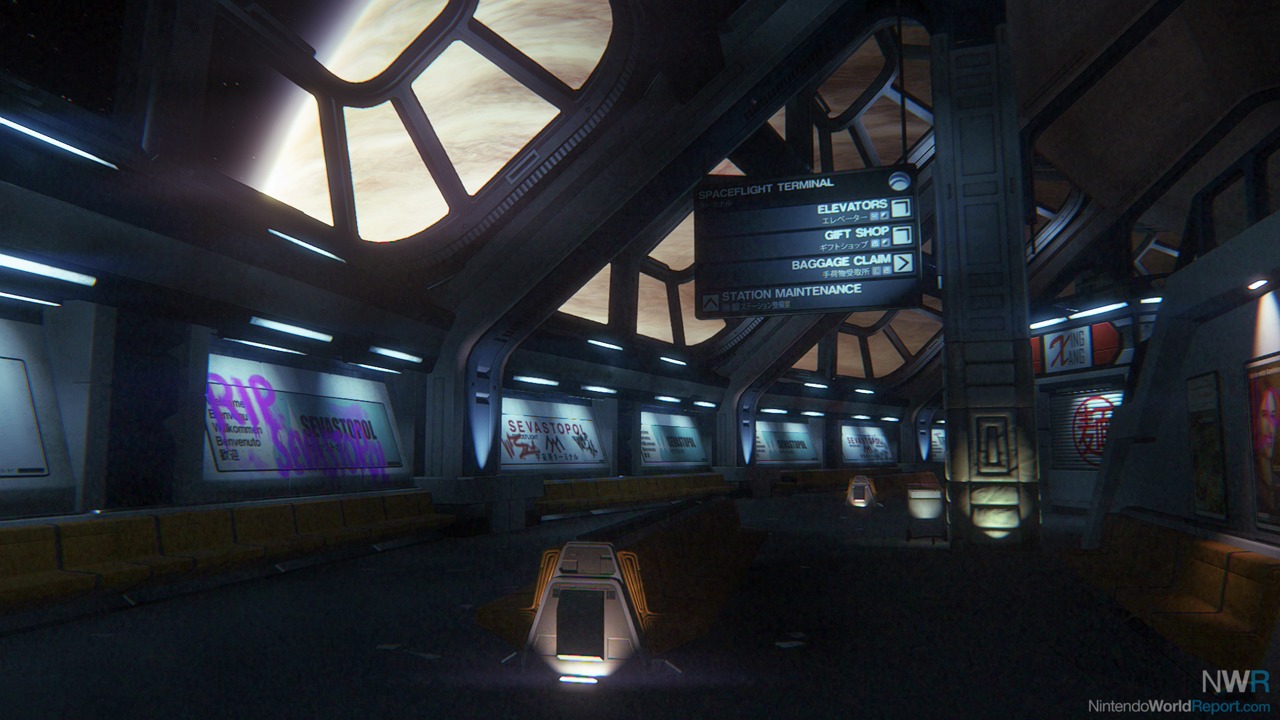 Whether you’re playing on your HD television or with headphones on in portable mode, the game is extremely unnerving and scary. Feral Interactive developed the Switch port and have done an amazing job at maintaining almost all graphical effects and details. The lighting engine is especially impressive. Unlike some Switch ports, I’m happy to note that the audio and music do not appear to have been compressed to a lower bitrate. Playing with headphones is strongly recommended because the sound design is great and might actually help you realize an alien is approaching. Another unique feature for Switch is the ability to aim certain items, such as your handgun, via gyro controls.

The game’s ability to capture a strong dose of the original Alien film’s atmosphere helps create a wonderfully immersive experience. As long as you understand that this is a survival game where brute force will simply lead to a quick death, it’s highly recommended.