Faery tales don’t quite come true with this rough entry to the franchise.

The Princess Maker franchise is a weird piece of gaming trivia. Notable for being one of the few games developed by GAINAX—the anime studio behind Neon Genesis Evangelion, Gurren Lagann, and FLCL—it’s a series of simulation games where you raise a young girl to adulthood, having her learn skills and gain personality attributes through attending classes and working part-time jobs. The series first became known in the west through the cancelled localization of the second game, Princess Maker 2, after a nearly-finished version leaked online. A remake titled Princess Maker 2 Refine went on to receive a surprise English release, finally marking the series’ western debut. It’s unfortunate that the series’ Switch debut is a remake of Princess Maker 3 instead; while Faery Tales Come True is a good enough entry point to the franchise, it isn't quite as strong as its predecessor. 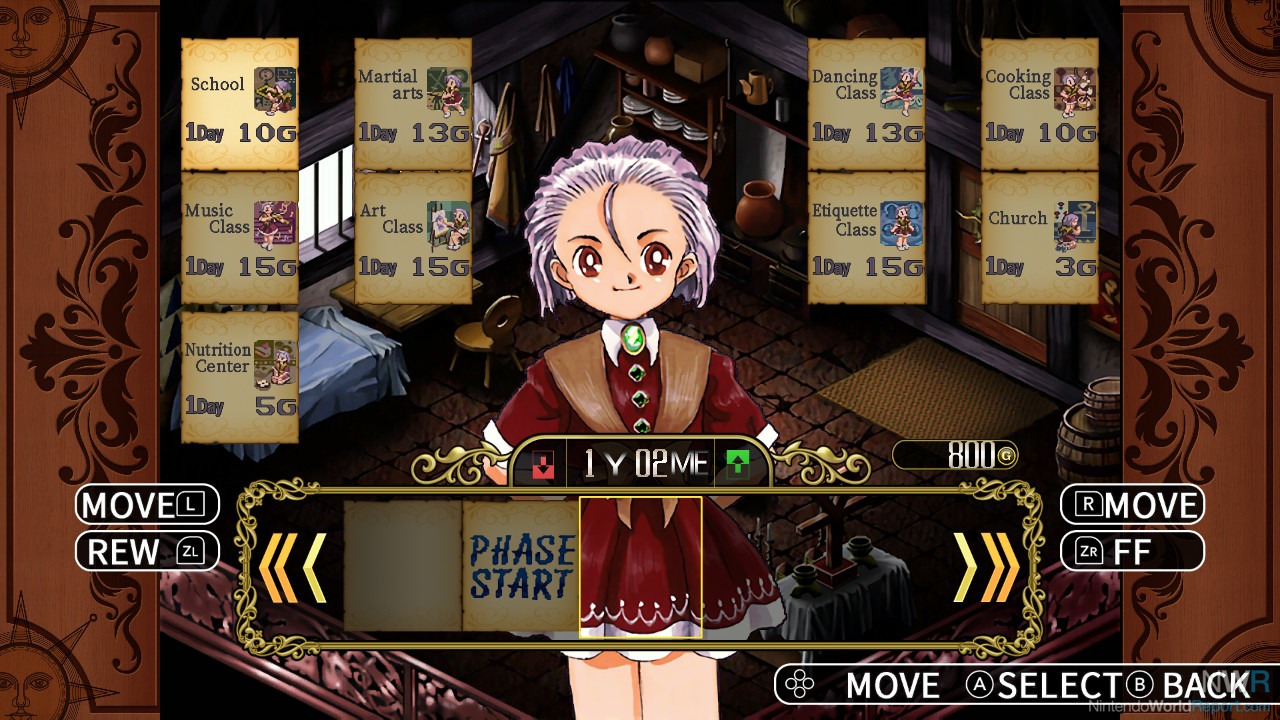 Princess Maker runs on a calendar system where you plan your daughter’s schedule a half a month at a time. She can either be sent to school to get an education, work a part-time job to earn some money and learn the value of hard work, or be left to her own devices with free time. Everything you do feeds back into her stats, which make up both her personality and skill set, allowing her to be more successful in both work and play. For example, you can send your daughter to take dance lessons until she’s proficient enough to win competitions, which will earn money and prestige. This prestige will open new opportunities, but can also raise her pride enough for her to become arrogant, leading her to refuse to work and generally have a bad attitude. One way you can counter this is by giving her more menial chores to improve her work ethic and—to be blunt—take her down a peg.

That’s just one example of the many mechanics you’ll need to keep track of while raising your daughter to adulthood, and it can be very difficult if you don’t know what you’re doing. Getting off to a bad start can really give you trouble in the long run as you find yourself short on funds or with a daughter that refuses to or is simply unable to succeed. There are pretty much no tutorials, and the English localization is sloppy enough that if I didn’t know any better I’d say it was machine-translated. It is tough to get into this game without following a guide closely for your first few runs, but when you finally get the hang of it Princess Maker can be pretty rewarding. 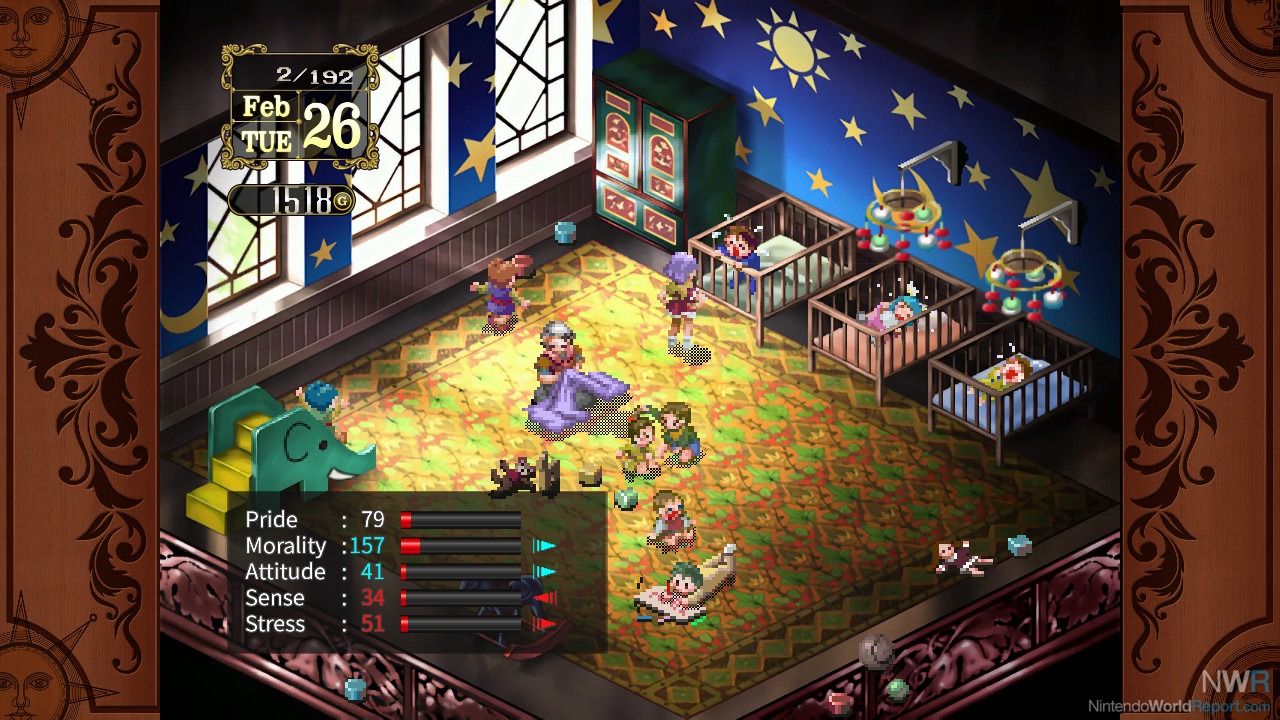 The biggest appeal of Princess Maker is its high replayability. A single run—raising your daughter from age 10 to age 18—lasts only about two or three hours, but there are countless events that can occur over the course of the game. There are also a total of 60 endings that can be achieved based on your daughter’s stats, with a huge variety of possible futures for her to live out. It doesn’t quite match Princess Maker 2’s 74 endings, but it’s still easily over a hundred hours of content for completionists to occupy their time.

Princess Maker is a tough series to get into. The horrible translation is enough of a barrier to entry on its own, but the total lack of tutorials to explain the complexity of the different stats only serves to make the game very difficult for newcomers. If you manage to get over that steep learning curve, there’s a surprisingly deep simulation game waiting on the other side, but it is a tough sell with a mediocre localization of one of the more middling entries to the series. Hopefully Princess Maker 2 Refine will eventually come to Switch with a better localization, since I can hardly imagine enjoying Faery Tales Come True if I didn’t already have experience with its predecessor.