Zach: In addition to King of Cards, Yacht Club Games' final expansion to the great Shovel Knight experiment included a multiplayer game called Shovel Showdown, which you can trudge through solo or with up to three friends. There are twenty characters (most must be unlocked), all with radically different movesets. Ever wanted to play as Mole Knight? Now you can! The game itself is Smash Bros.-esque in its degree of busyness and randomness. There are a large number of stages, rule sets, and items, but for the most part you'll either be playing Deathmatch or trying to collect the most gems.

The rule sets are actually very creative. However, I find it's best to simply let the game randomize the goals for you ("Chester's Choice"). There aren't as many items as I'd like, but it is actually fun to jump into a multiplayer match, pick a character you have no idea how to use, and go nuts for awhile. 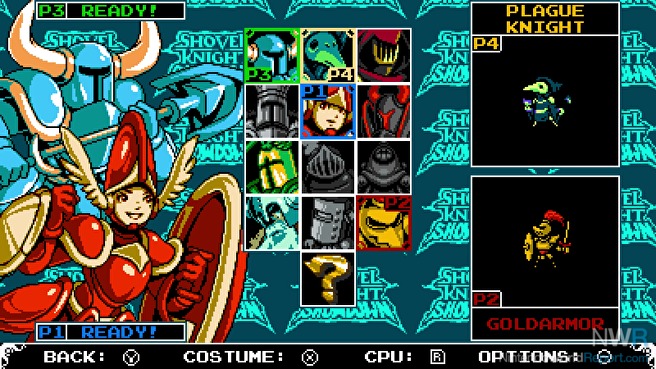 Neal: Multiplayer is totally where Shovel Knight Showdown shines. The chaos isn't so much in the items, a la Smash Bros., but more in how different each character feels. It can be very difficult to wrap your mind around each character's specific controls. On the flipside, it's baffling how thoughtful the 20 characters ultimately are. Yacht Club Games might have only made four full campaign with their different characters, but they definitely thought out how a prospective campaign for each of the other members of the Order of No Quarter (and more) would have worked on their own.

Your multiplayer experience might vary in my experience. It helps a lot if your group has familiarity with Shovel Knight. Even still, it's not that tough to learn the basics and goof around.

A big component of Showdown is the solo mode, which might be how a lot of people mostly experience it. How were your solo experiences, Zach?

Zach: Ah yes, the solo mode. It's essentially the Shovel Knight equivalent of Smash Ultimate's Classic Mode. You pick a character and go through a series of battles with varying rulesets and opponents. At the end, there's a fight against a giant mirror.

There are three difficulty settings. I find that Normal is already hard, largely because of the wild swings of difficulty from fight to fight. This is how most players will unlock additional stages and characters, though. But I think one reason that single-player feels out of whack is that some characters (like Polar Knight) are just overpowered while smaller characters (like Shovel Knight) get knocked around like a ragdoll.

It's just not a consistent experience. What'd you think? 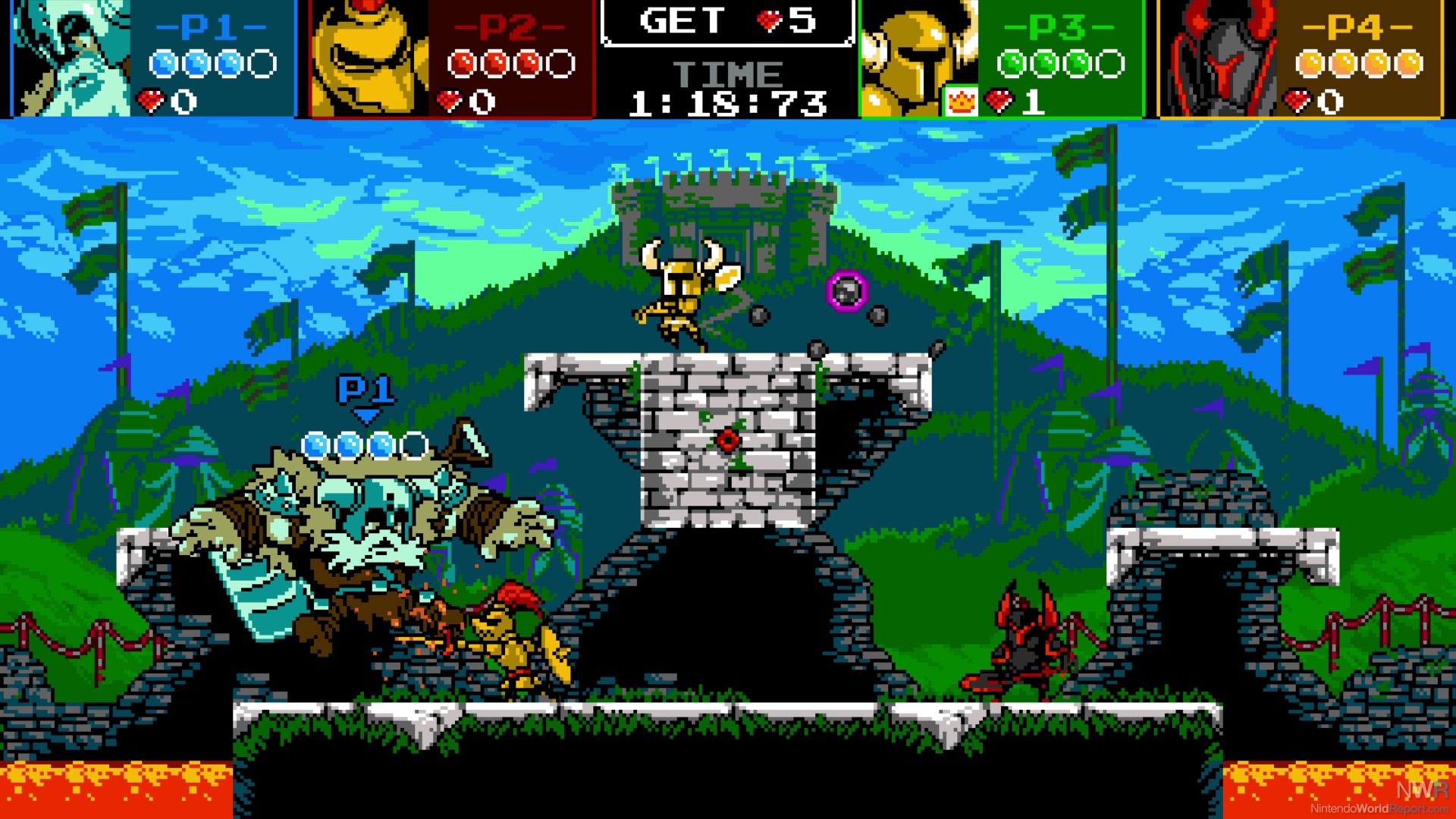 Neal: My thoughts are mostly the same. On one hand, I love the absurd level of detail that Yacht Club went into with designing each character and making individual solo stories for them. On the other, it feels unbalanced in some respects. My first attempt was with Shovel Knight and I got hosed halfway through. I kicked it down to Easy to get my sea legs and then realized how variable the difficulty was for different characters. Inconsistent is probably the best way to explain it, because I don't think it's bad. It's just not the best aspect of this package.

How do you feel this ultimately fits in with the Shovel Knight experience?

Zach: It's an interesting curio in the impressive package that is Treasure Trove, but certainly not the focus. It's not going to replace Smash or TowerFall when you have people over (the latter is the best pixelated multiplayer game ever made), but it's absolutely worth trying in both solo and multiplayer settings. I will say that it plays extremely well with a single Joy-Con, which will help facilitate quick pick-up-and-play sessions. I'm sure plenty of folks will fall in love with it, but for me, it's not where I'll be spending a ton of time. I'll pop in to complete Feats here and there (which unlock stuff) but my feelings about it are similar to King of Cards: pretty fun in short bursts, kind of frustrating over longer time periods, especially if you're aiming for 100% completion.

Despite my misgivings, I share your admiration for how much care went into the characters and their movesets. Yacht Club put a lot of thought into what could've been a bare-bones deathmatch brawler. We may have bounced off it, but I appreciate what Showdown is going for.

Neal: It's absolutely jam-packed with features and if you're someone who already has Shovel Knight, it's a heck of a free addition. As a solitary game, it's a much harder sell. Like you said, it's more of a curio or bonus than something that could stand solely on its own.