Mario Kart: Double Dash rises from its grave in a variety of ways with this anime-inspired kart racer.

What initially attracted me to Gensou Skydrift was the fact that members of the development team have roots in Mario Kart: Double Dash, the 2003 GameCube entry in Nintendo's famed franchise. For a number of reasons, the feel of Double Dash is strong in illuCalab's unique kart racer. Most evidently, it's in the dual driver gameplay where you select two characters and switch between them during gameplay. The lesser comparison is that, from start to finish, Gensou Skydrift can be a rough experience that feels like it’s an actual GameCube game as opposed to a new game in 2019.

Gensou Skydrift takes place in a world first kicked off by the bullet hell shoot-'em-up series Touhou, known more commonly as Touhou Project. This anime universe has since spawned a variety of content and technically, Gensou Skydrift is a fan game. It is an example of a doujin work as the team at illuCalab was able to use the world and characters of Touhou with few restrictions. If you're familiar with the world of Gensokyo and its characters, it's possible the campaign mode here, which features lots of dialog-heavy sequences and events, might be something for you. As someone not familiar with the intricacies of Reimu Hakurei and friends, the majority of the campaign and its surprising amount of bonus episodes fell flat. This is not a good entry point to Touhou. 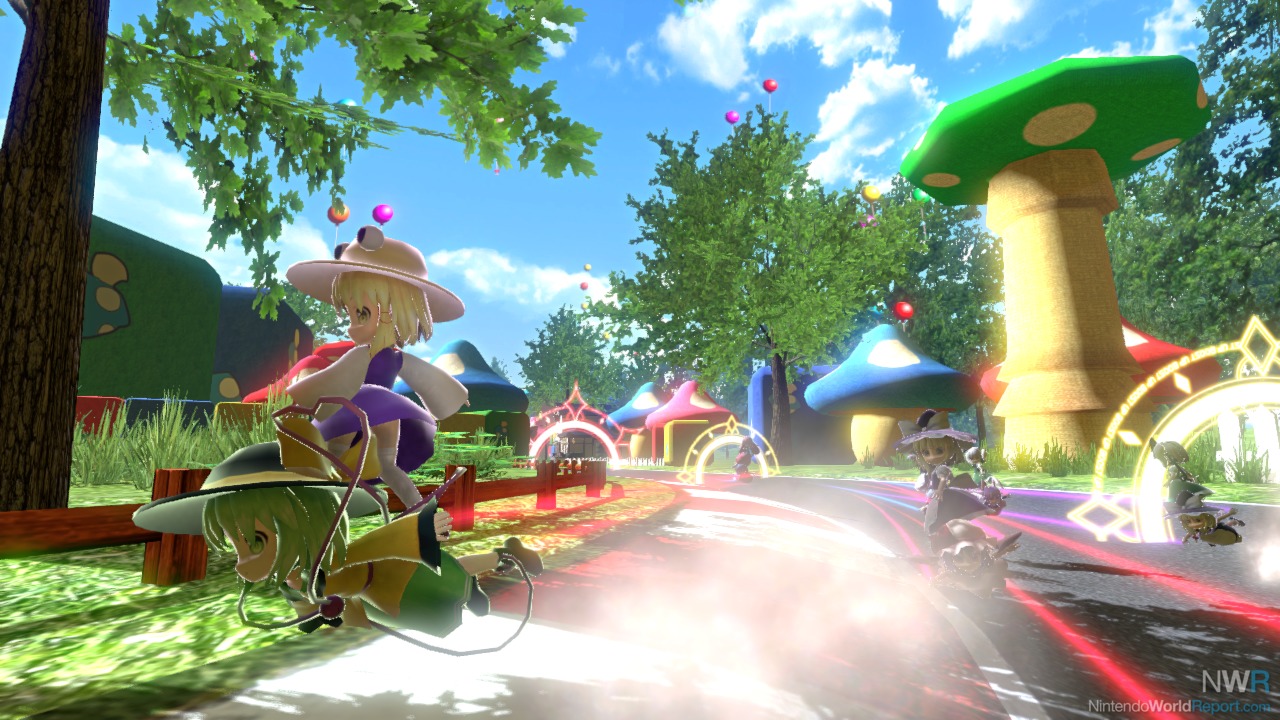 The basic premise is bizarre even if you know the origins. You select two witches that alternate between driver and vehicle at the press of a button. It's like Double Dash except that there isn't really a kart. Every track is littered with gates that give you a boost and also fill out a spell meter. Fill the spell meter up for either of your witches and you can draw a spell card. That card translates to an item, including boosts, projectiles, and area-of-effect attacks. The general rhythm of races is enjoyable, especially because the controls are easy to pick up and learning the item system is relatively straightforward.

Unfortunately, the actual implementation of these controls is rough. Even as I got deep into races and the in-game campaign, I had to fight the controls while dealing with unforgiving obstacle placement and unfair respawns. The course layouts are fine for the most part, but definitely lack a memorable visual flourish that helps make tracks in other kart racers stand out. In multiplayer sessions, some of the jank is enjoyable, especially in four-player local play. Online play is also available for up to seven players and worked fine in my limited samples. 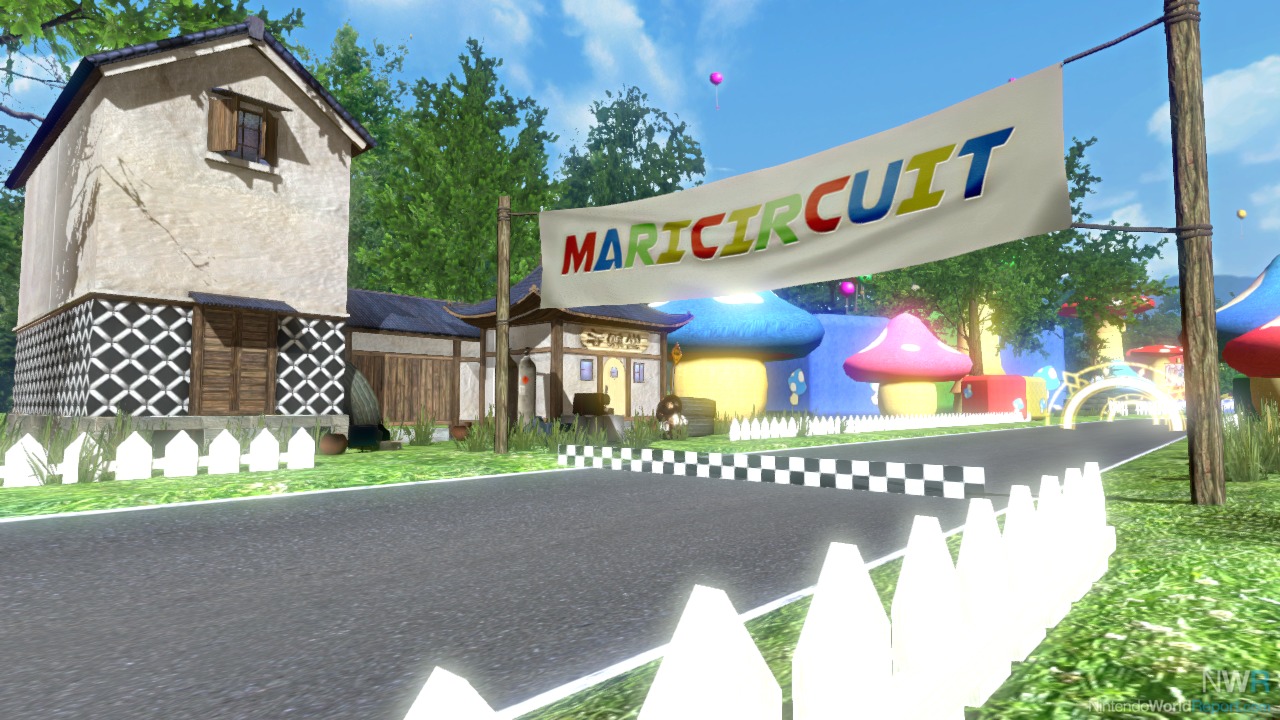 The campaign might ultimately be my biggest letdown, though. It's primarily just races strung together with the reward mostly being "more plot," which is an acceptable carrot at the end of the stick if you're familiar with the characters. Gensou Skydrift, however, does not care for your knowledge of the universe and while the smattering of unlockables that deepen your character roster and track list are cool, it's not enough to make this game all that memorable or enjoyable.

Gensou Skydrift feels more like the fan game it actually is than I hoped. The references to Mario Kart: Double Dash are warranted, but it lacks the polish and finesse of that GameCube classic. If anything, Gensou Skydrift shows how far Mario Kart has come, because this might as well be a port of a game from 2003.