A satisfying multiplayer vertical shooter with an impressive number of ships.

Originally released back in 2011 for PC, Jamestown is an alternative history vertical shooter that takes place on Mars, except it’s the 17th century and Mars has been colonized by the British. The “plus” rerelease of the game brings new ships, stages, and storyline to the original game, making it a pretty robust package overall. Four-person multiplayer, challenge levels, and online leaderboards add compelling depth, but does Jamestown+ do enough to stand out in a crowded classic genre?

The gameplay of Jamestown+ isn’t much different from a typical arcade shooter, but there are a few elements that make it distinct. Each ship has a standard mode of fire and a second more powerful attack. For example, one of the starting ships has a basic spread shot that’s effective for taking out waves of smaller enemies, but its secondary weapon is a concentrated laser beam that fires directly out in front and works well against bosses. By picking up gold left behind by defeated enemies, all ships charge up an ability called Vaunt that bestows a shield, improved damage, and a bonus to your points earned. You can also take up to three hits before losing a ship, which forces you to spend one of your two credits. 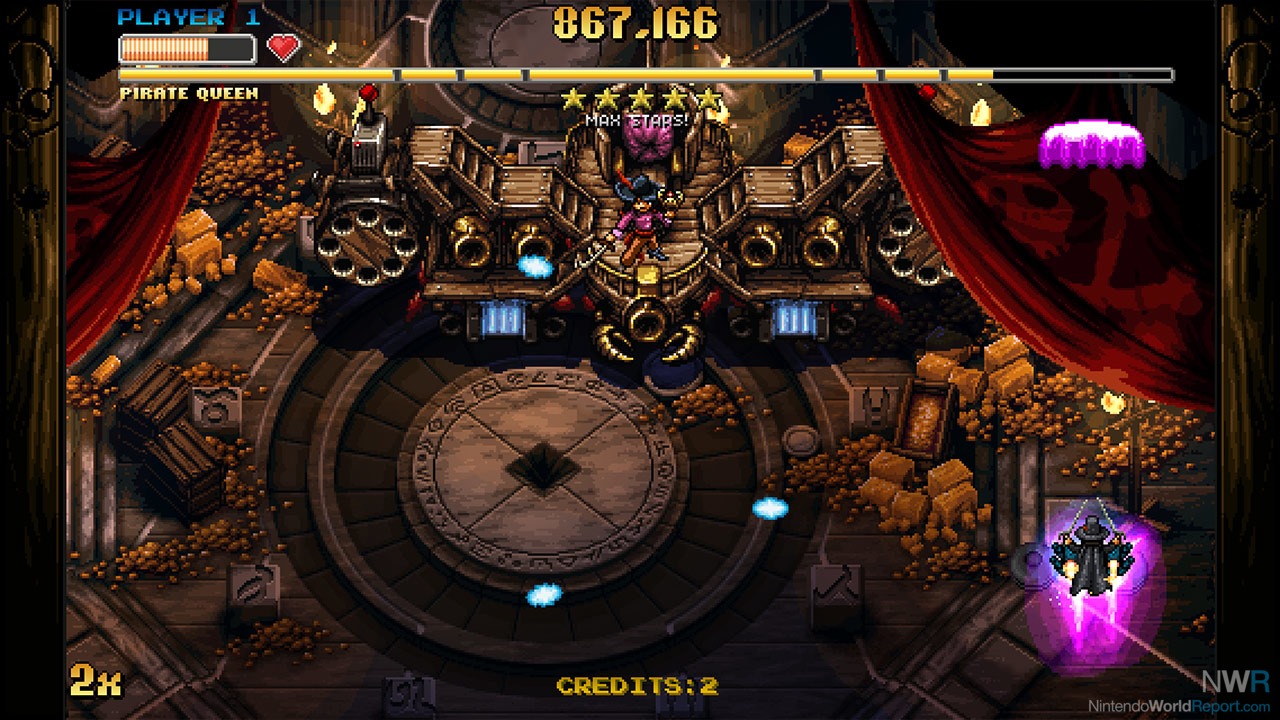 The main story campaign only consists of five stages, with the later ones only accessible by raising the difficulty level. What this means is that you can’t play all five stages on normal difficulty. This isn’t an ideal way to add length or challenge to the game since it’s unfriendly to newer or less seasoned players. That said, playing in co-op can be an effective way to get through any stages that give you trouble. On the plus side, the forced scaling difficulty does give veterans and fans of the genre an opportunity to try earn more in-game currency that can be used to purchase new ships, challenges, and modes. Therein lies one of the key features of Jamestown+: the ability to acquire new content from the in-game shop, but it’s hard not to see this element as a simple way of adding quantity without quality. Specifically, purchasing everything the shop has to offer will require running through the seven total stages multiple times, so a less time-intensive method for unlocks would have been preferred.

The stages themselves have solid variety in terms of backgrounds and enemy types, all leading up to a screen-filling boss fight. These small details are another area where Jamestown+ really excels: each stage is distinct and fun to play through. The bosses have massive life bars and patterns that change as you deplete their health. While you aren’t picking up any power-ups, destroying enemies and buildings produces different amounts of gold, which charges up the aforementioned Vaunt ability and can be used at the in-game store. Constantly having something to pick up presents a nice risk-reward proposition in that you will often have to put yourself in danger to collect all of the gold on screen. 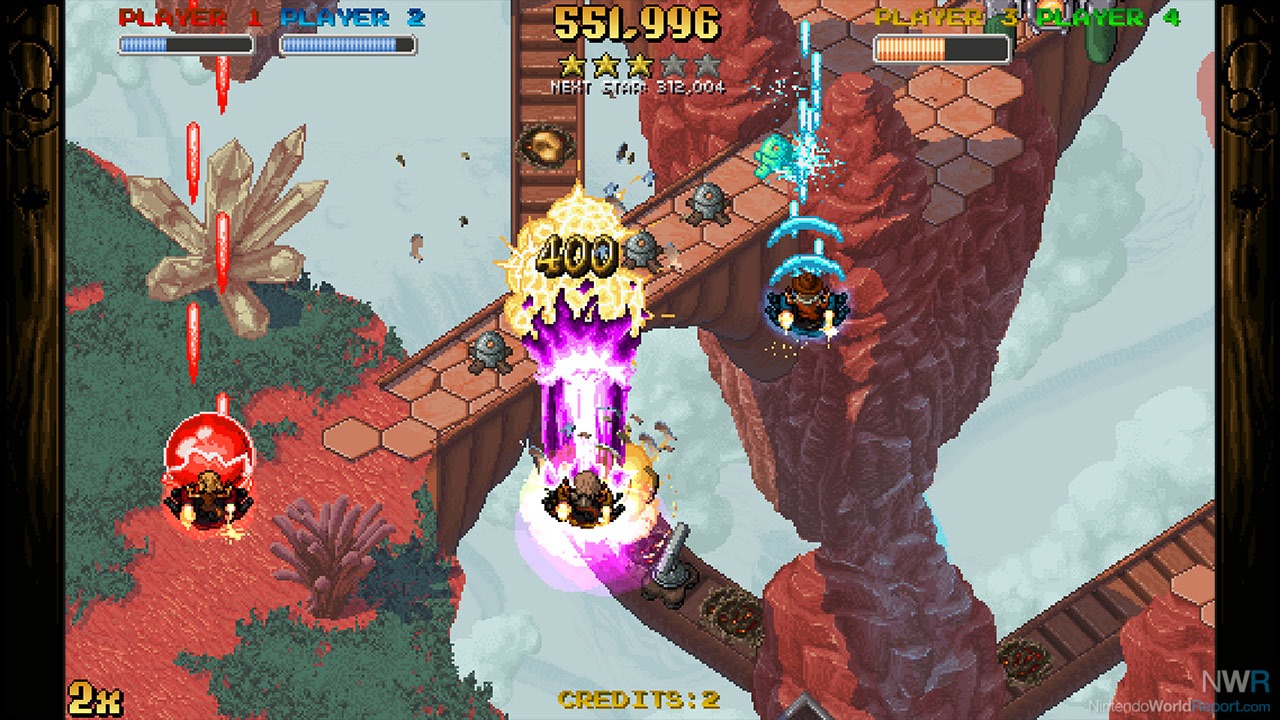 Jamestown+ is an incredibly competent and satisfying vertical shooter with a unique setting and a fair amount of content. If you enjoy unlocking new ships and replaying levels with your new toys and on higher difficulty settings, you can’t go wrong here. Those who enjoy co-op player with their shoot-’em-ups will find a thoroughly accessible experience as well. Adding length by gating off stages with higher difficulties is a miss, and a few more stages would have been welcome, but it’s still an easy recommendation as one of the more enjoyable entries in the genre. The story is interesting enough, especially compared to those of similar games. I’ve never been to Mars before, but I can safely say that it’s worth taking a trip down to Jamestown+.

Such a bad name, would've never in a million years figured this was a shoot-em-up.
Also, I know it's a meme to ask about this, but does it support TATE mode by any chance? Could be cool for the Flipgrip crowd.

I kind of wish these reviews included the recommended retail price. Because I'm that lazy that I don't want to Google readily accessable information

Such a bad name, would've never in a million years figured this was a shoot-em-up.
Also, I know it's a meme to ask about this, but does it support TATE mode by any chance? Could be cool for the Flipgrip crowd.

It's possible that the game does support the FlipGrip, but because there is room to move on the left and right of the screen, it might not be the ideal way to play.