The largest nationwide game of telephone ever played

In 1929, the stock market crashed and sent the world into the worst economic period in history, fittingly named the Great Depression. American schools tend to really focus on this period of history, so I like to think I’m fairly familiar with it, but Where the Water Tastes Like Wine proved to be a new and unique take on the setting. So many things were going on during this era, from Prohibition to the Dust Bowl, and developers Dim Bulb Games and Serenity Forge have shown just how much story potential those events have. Because in the end that’s what all of these events have become: stories. 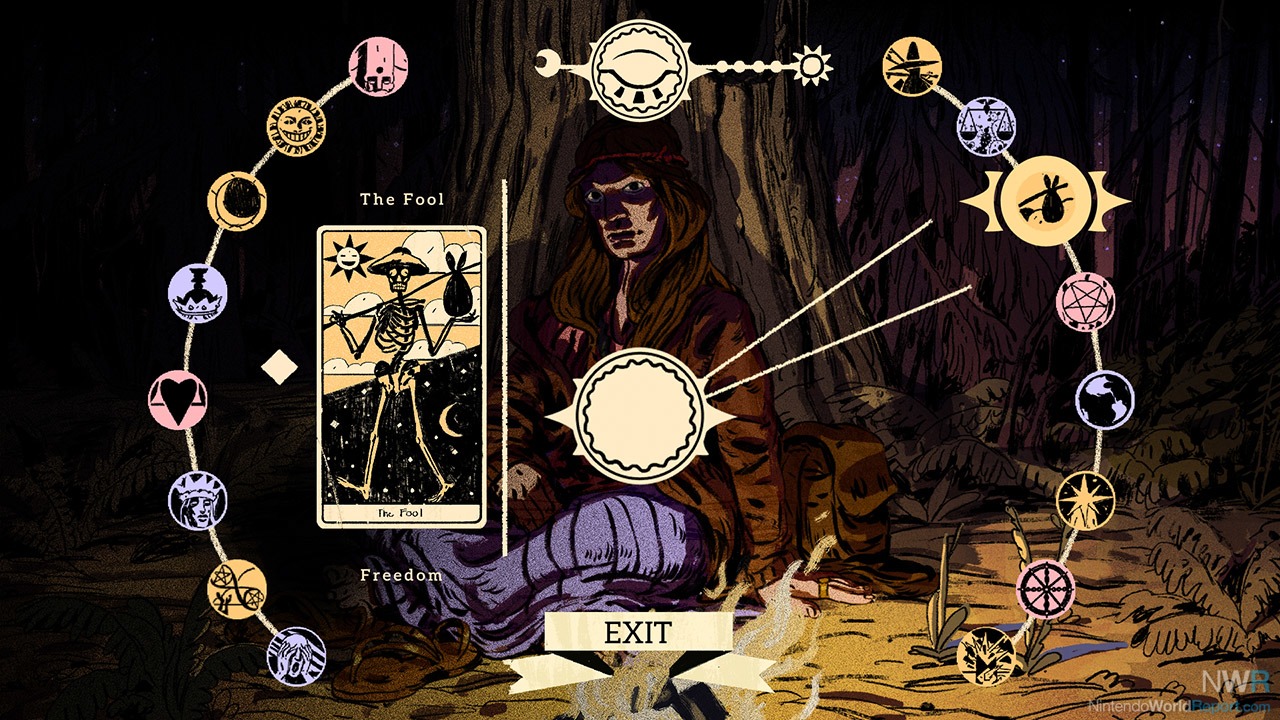 Stories are the crux of Where the Water Tastes Like Wine, a game in which the player takes control of a skeletal vagrant who is walking, hitchhiking, and rail hopping his way through the contiguous states of 1930s America. After losing a poker game to a man in a gray suit with a wolf’s head, the player is informed they can pay their debt by travelling the country and collecting stories. The idea is that you will also tell these stories, and in turn the ones whom you tell those stories to will tell them to others (likely with changes and embellishments as they go), and so on and so forth until the story is incredibly exciting and near unrecognizable in the end. So you take off, from Maine to California and Texas to Michigan.

I wish I could tell you that the gameplay is more exciting than it sounds, but sadly this is not really the case. Much of Where the Water Tastes Like Wine is spent aimlessly wandering, stopping every once in a while when you see an icon signifying a story to be collected. You will also find yourself stopping at campfires to meet various characters to whom you will have a chance to tell your stories and collect theirs. As you tell your fellow drifters the types of story they want to be told, they will begin to open up to you more and more until they finally tell you their true life tale. Telling these people your stories will allow you to potentially find those tales again later, being told by somebody in another part of the country with various details tacked on. For instance, one of the first stories I found was two women being arrested for bootlegging, and I ended up telling this story to a fellow drifter named Quinn. I later found somebody else telling the same story but with the new and exciting addition of a shootout between the women and the police.

Where the Water Tastes Like Wine truly shines is in every part of its auditory experience. Every story is narrated by a voice that I wish narrated every moment of my life: deep and gravelly tones that you could have told me were Sam Elliot and I probably would have believed you. Every one of the drifters you encounter at their campfires has their own voices as well, with all of them giving a ton of personality to the beautifully painted character sitting in front of you. The soundtrack is also fantastic, with different tracks playing depending on where in the country you currently are. A standout track for me was Vagrant Song, which had a different version that could play in each region from a melancholy guitar piece in the Deep South to a Spanish flair version while in the Southwest. Every part of listening to this game is an absolute treat.

Overall, if you enjoy a very slow burn game that really seems better suited to being played for an hour or so a day, or just really want something with a huge focus on narrative, Where the Water Tastes Like Wine may scratch that itch. Those looking for a game with more varied gameplay probably won’t find much to like here, however, as just walking around an admittedly bland map will likely come to bore you sooner rather than later. The game has value and I certainly enjoyed my time with it, but its Switch debut likely won’t turn any more heads than its original release did.