Hop, skip, and jump your way to stabbing a dragon in the eye during the Apocalypse.

A number of concepts have come to be a constant in video games over the past few years, with some of the primary ones being roguelike, procedural generation, and platformer. In that same time period, developer Cleaversoft has been working on EarthNight, a game first announced in 2014 that is now launching on Switch (and a number of other platforms). It’s a dazzling auto-running platform with hand-drawn graphics and a good number of smart roguelite elements that help to make the relatively short experience highly replayable and layered with secrets.

To begin, EarthNight is somewhat inscrutable. After picking one of two characters, you are immediately thrust into a constantly moving level. Finishing that reveals that you are skydiving from space to reach Earth, waging war against dragons in the process as there is some form of Dragon Apocalypse happening. Hints are maybe a tiny bit too vague and the relative speed of the action can lead to early frustration. Those nascent moments were offset by the wonder of the vibrant, colorful artwork and totally bumping soundtrack. For me, it was a few runs in when everything clicked into place. From that point forward, EarthNight started to reach extremely high highs that often called to mind my past joys with similar roguelite games like the all-timer Spelunky. 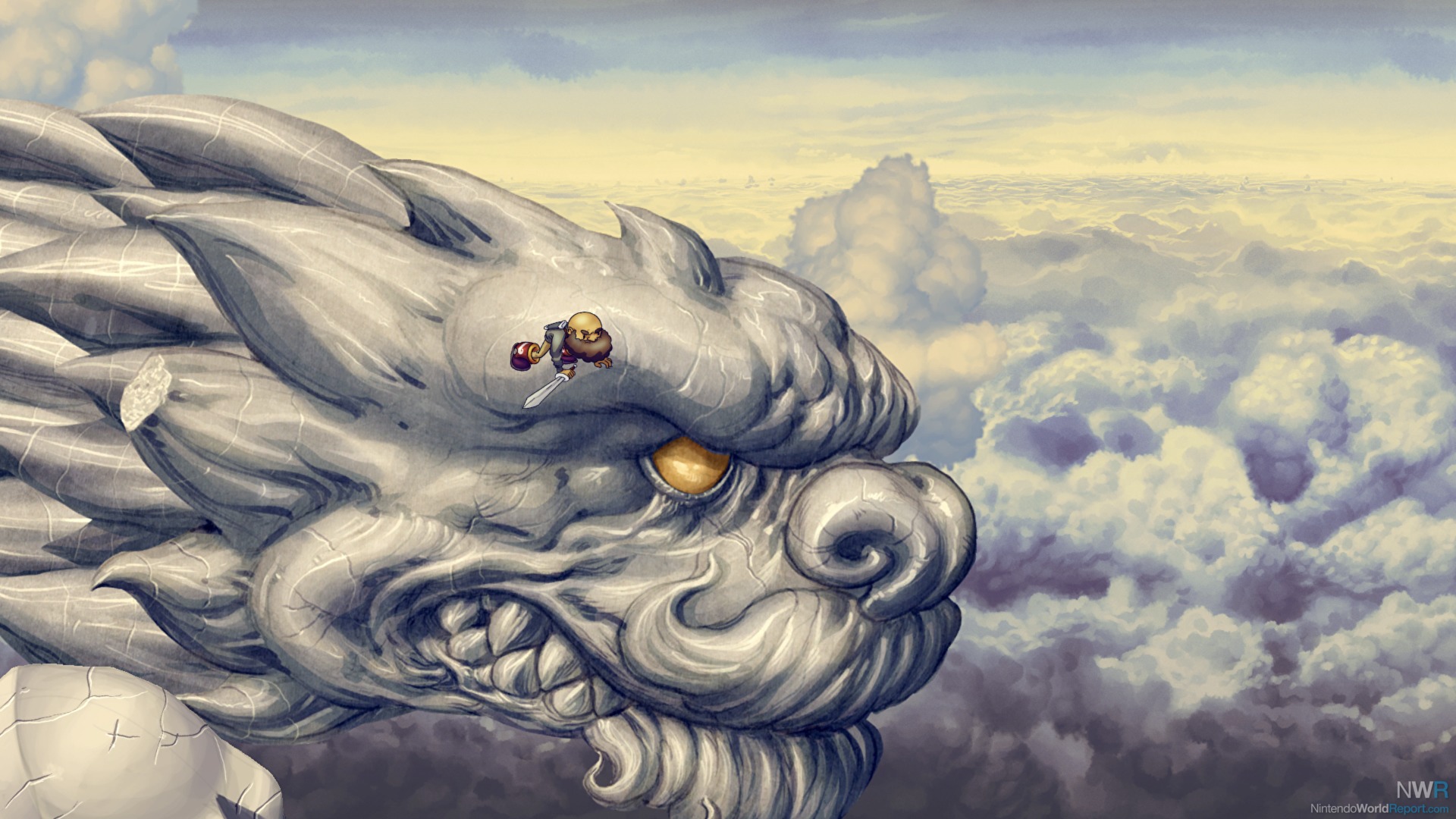 To help prevent you from having the same early struggles I did, here are the basics. Each character - Sydney and Stanley - has slightly different abilities. At the core is Sydney being able to double-jump and Stanley having a longer jump. Each level is procedurally generated and relatively short, all set on the back of a dragon. You automatically move and interact with the environment by timing jumps, collecting loot, and bouncing off the heads of enemies. The levels are very tall, though your view of the action is typically narrower, which gets annoying at times because you regularly have no idea what’s in front, above, or below you. I often took damage in frustrating ways because something met me just off-screen.

To close each level, you reach the head of the dragon and then must attempt to kill it, earning very precious loot in the process. For some dragons, it’s all about timing your attacks to do the most damage; for others, you’re just button mashing. Figuring out when to deploy different tactics is key and some of the dragon slaying can be trial and error early on. 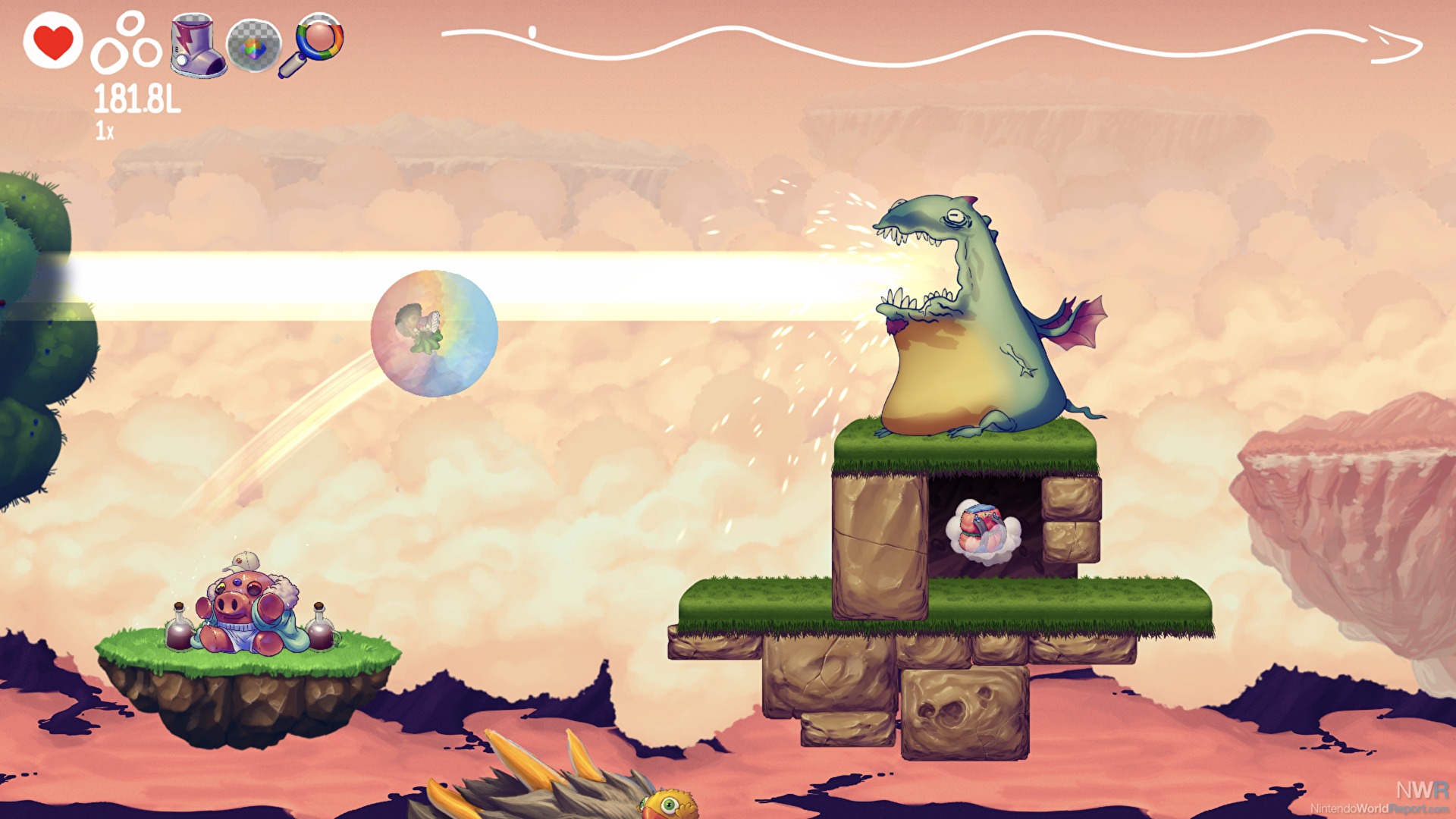 That aspect of discovery is one of EarthNight’s greatest strengths, ultimately. Oodles of secrets are nestled throughout this adventure. You have alternate paths, secret dragons, hidden power-ups, and more. I’m currently still baffled as to how to reach some of the dragons. A full playthrough - if you can survive - can take about 20 minutes as it generally consists of maybe a dozen stages. But survival is the watchword as only savants are going to burn through this adventure to start. When you die, you restart, which will start to showcase how the generic loot you collect is turned into water, which when combined with dragon eggs and body parts can unlock power-ups that give you more abilities during subsequent runs. You can get more attack power, discover a reflecting shield, and essentially get an extra jump. Gaining and leveling up these power-ups is the key to making your runs last longer so you can slay more dragons, look for more secrets, and complete the game.

WIth that in mind, once you start to puzzle out EarthNight’s secrets, the path forward is rather focused on grinding out upgrades. While the procedural generation and many mysteries can keep it varied, you’re still running through a lot of the same dragons with the same enemies and the same tactics. You do have the ability to skip early dragons if you’re nimble enough, but even still, much like similar roguelite experiences, the focus on repetition is core to the gameplay loop. It’s still enjoyable, but that recurrence wears thin on auto-runners more than most genres. 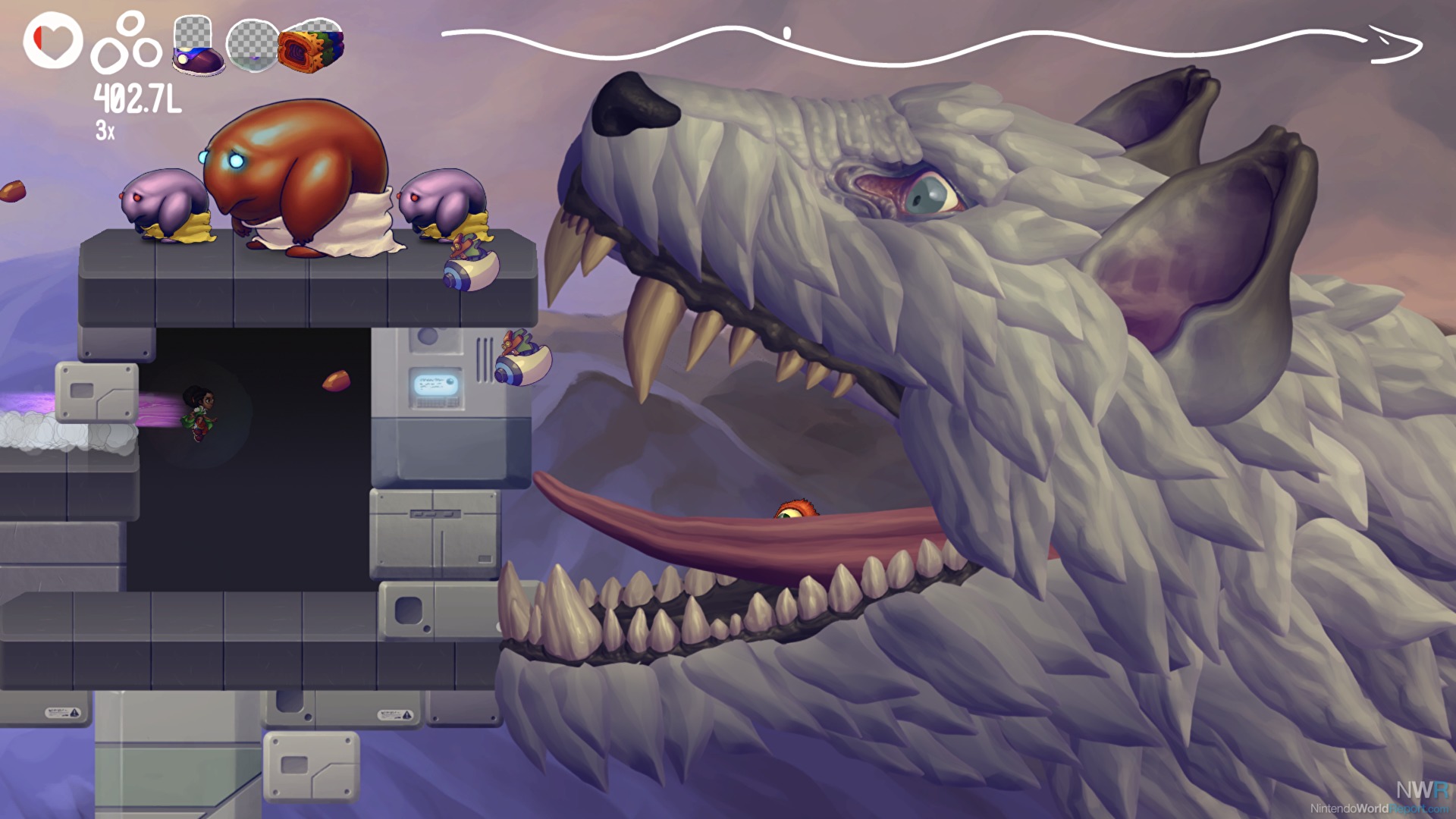 Thankfully, EarthNight wins the day with its enthralling style and art, packing in so many secrets inside its distinctive look. A few issues crop up, chiefly the narrower viewpoint during the fast levels and some long-tail grindy repetition, but the overwhelming killer vibe of this uniquely beautiful video game make it something special, even if dozens (hundreds?) of games have made use of the terms roguelite, procedural generation, and platformers since EarthNight was first revealed half a decade ago.