I really love rhythm games, and Groove Coaster is the kind that hooked me immediately and never really let go. It’s an arcade rhythm game where you have to press the buttons that correspond to targets that appear in front of you on a roller coaster track, all of which is set to music. The controls are very generous, allowing for a lot of freedom; every target can be hit with multiple buttons on the controller, with a couple allowing you to hit any button on the controller to satisfy the conditions. The result is something that’s very intuitive to play and feels like an alternate universe version of Guitar Hero that focuses more on the way you press the button than the particular button you press. 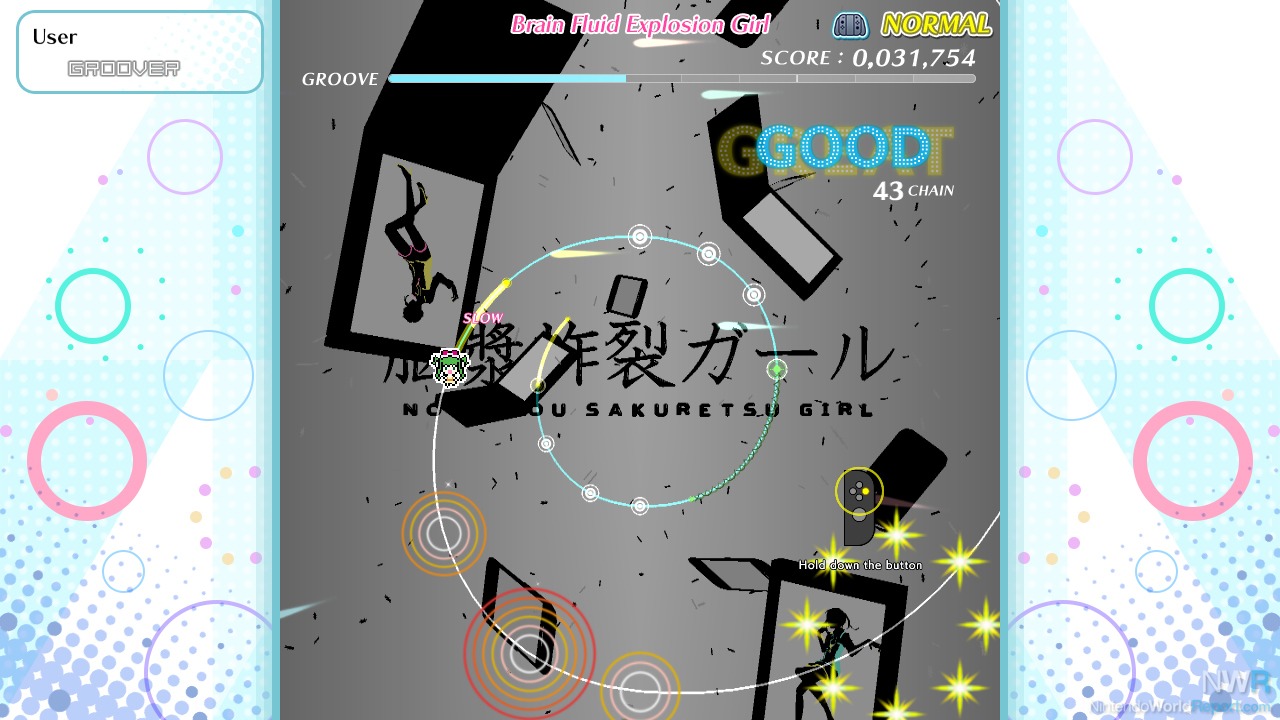 The note layouts in Groove Coaster are incredibly well-designed to accentuate the rhythm of the song and get you into the groove—both figuratively and literally, since the game’s scoring system includes a sort of health bar that’s actually called the groove meter. On the harder difficulties I would often get so immersed in a song that I was able to predict upcoming notes based on the feel of the song, even when I didn’t know the song very well. This is reinforced by my favorite unique mechanic in the game: if you press a button at a spot where there isn’t a target but feels like there could be, you can hit an invisible target called an ad-lib to receive bonus points. Ad-libs help you get in the mindset of really listening to the song instead of mindlessly taking in the note track, and since there’s no punishment for missing them I think they’re one of the best parts of the whole game.

The track list is another impressive part of the game, with 100 songs that make up a surprisingly diverse list. Songs by Vocaloid artists and Touhou Project remixes make up a good chunk of the soundtrack, but there are also a lot of recognizable songs from popular Japanese artists such as Unison Square Garden, Kenshi Yonezu, and Yorushika. Several anime themes are also featured such as Welcome to Japari Park from Kemono Friends and A Cruel Angel’s Thesis from Neon Genesis Evangelion (though many of these are cover versions). With a wide range of songs from all kinds of artists spanning various difficulty levels, Groove Coaster has one of the best licensed track lists from a Japanese rhythm game that I’ve ever seen. 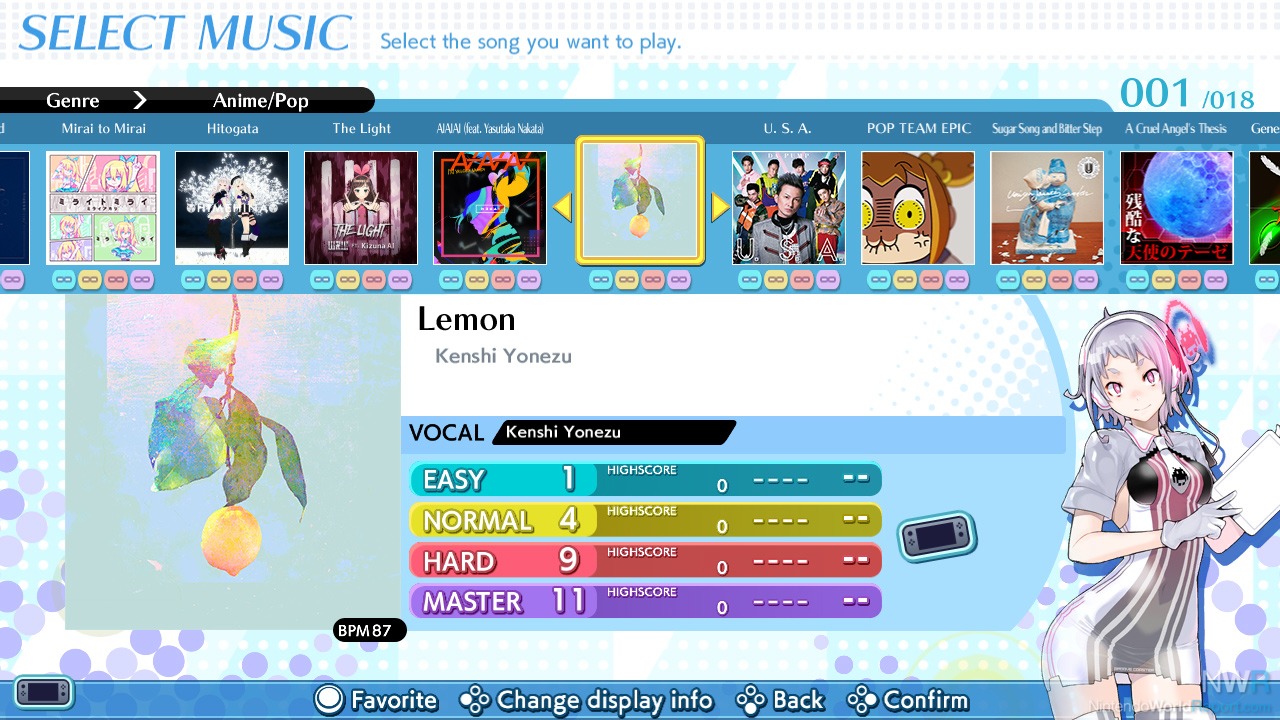 Though Groove Coaster is mechanically excellent, the aesthetics have a bad tendency of getting in the way of gameplay. The flashy backgrounds that match each song can get very busy, and it’s sometimes difficult to parse different colored notes from similarly colored backgrounds. Things are complicated further by the dynamic camera angles that change frequently during a song. The camera shifts are usually simple enough to follow, but sometimes they’ll be too stylish for their own good, obscuring upcoming notes and even changing the speed at which your avatar is moving on the track. There’s at least one instance of the camera shifting to a straight flat angle so the track lines up with the screen’s z-axis, with note targets being behind your avatar on-screen. Bad camera angles like this are rare, but the few times they did crop up left me with a sour taste in my mouth for a while.

Groove Coaster’s stylish look can be frustrating and intrusive, but the underlying mechanics still make for one of the best rhythm games I’ve ever played. The excellent track list was already impressive, but the fine-tuned gameplay, inventive mechanics like ad-libs, and a mission-based structure of unlocks that keep you focused and coming back for more content make the game addicting and rewarding. I wish I could turn off the flashy backgrounds and weird camera angles, but even with that blemish this is still an easy choice for anyone who wants to get into a good groove.