Sublevel Zero Redux is a procedurally-generated, roguelite, six-degrees-of-freedom shooter. Amongst that avalanche of descriptors is a niche subgenre that briefly rose to popularity in the 90’s. 360-degree shooters took the complete directional freedom of space shooters and combined it with an almost Metroid-esque maze structure. The player is tasked with exploring and mapping this sprawling environment, fighting enemies, and usually causing everything to explode. Sublevel Zero Redux takes clear inspiration from the greats of this genre such as Descent and Forsaken, and adds to the formula with a modern progression structure. 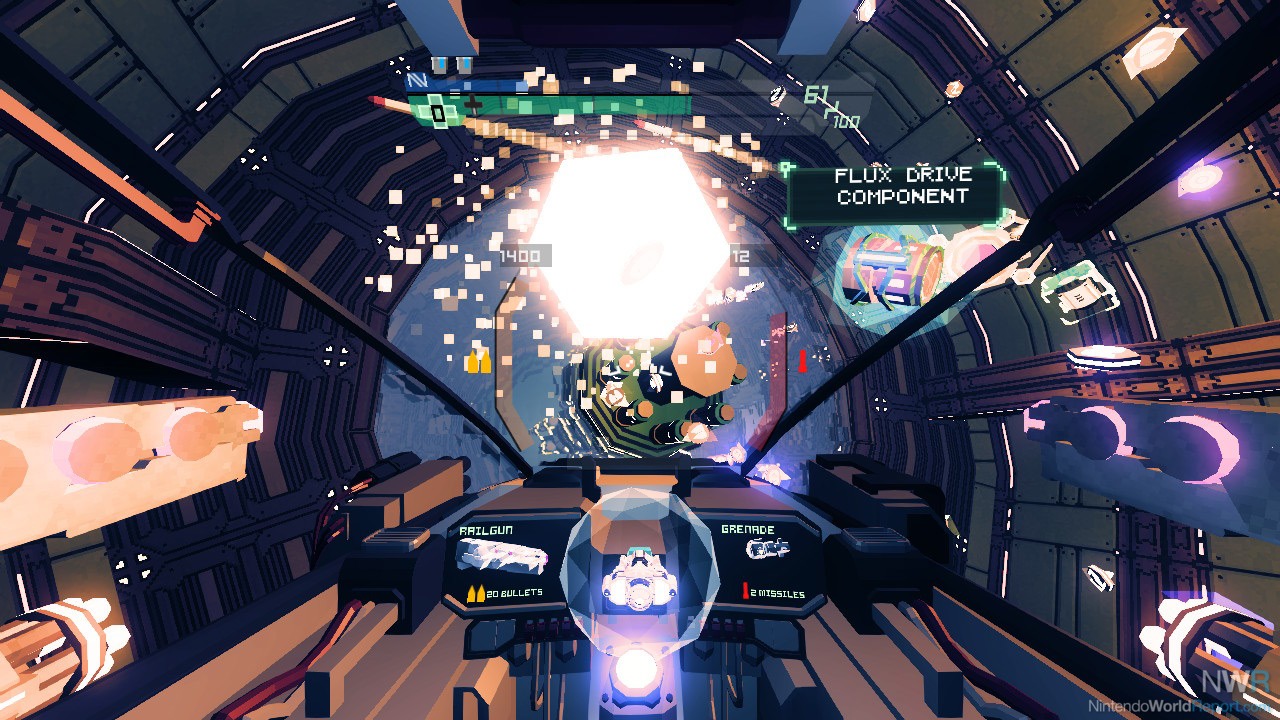 Sublevel Zero Redux tasks the player with making it through progressively more difficult areas, destroying large reactors along the way. Each run is unique due to the procedural structure of each environment. The natural spatial confusion brought about by the full freedom of movement means that even similar rooms can be rendered unrecognizable just by rotating them along any axis. As you fight your way through each level, enemies will drop ship parts, weapons, and other supplies. Every piece of gear comes in a variety of types, each with unique stats, and they can be equipped and swapped on the fly. You’ll also discover blueprints that allow you to craft upgraded equipment. This blueprints are the only things that will carry over after death, allowing you to quickly earn back your favorite gear on subsequent runs.

The controls are a strong point for Sublevel Zero. The basic setup allows for full control of movement and rotation along every axis. However, by default, you’ll raise and lower your ship with the L and R buttons while roll is mapped to the face buttons. I could never get the hang of this. Luckily, there is an option to swap this out for a much more intuitive control scheme that places roll on the shoulder buttons. Added in is the option for motion controls. These can be further customized to allow you to control direction or solely the crosshairs with motion. While the motion controls aren’t as snappy as some other implementations, they do give you an extra degree of control when used to separate the crosshairs from ship direction. 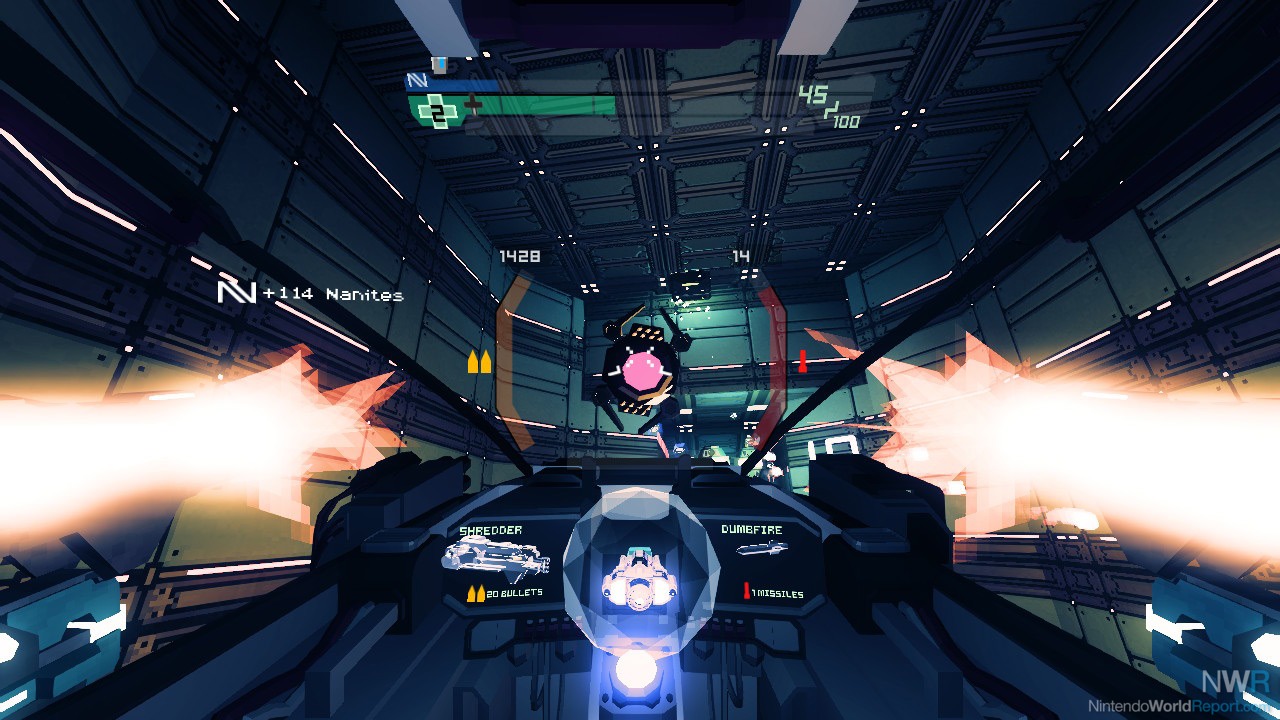 The visual design looks great, but in the more industrial areas it can become a bit busy. All of the texture work is pixel-art based with lots of small neon lights. Unfortunately, these bright pinpricks of neon light are also how one is expected to spot enemies. As a result, enemies can easily become muddled against the background scenery. I found myself regularly taking damage from an enemy I hadn’t noticed, especially when playing on the smaller Switch screen. That being said, the graphics are always nice and sharp both on the TV and in handheld mode. I did notice some frame rate drops when playing docked, though they were never particularly severe. Aiding the visuals is a great soundtrack of retro chiptunes. It fits the art style perfectly and made for a great play experience, especially with headphones.

Whether you happened to cross paths with this odd little genre during its brief popularity or Sublevel Zero Redux will be your first dizzying journey, you’re in for a great blend of retro game design with a twist of modern mechanics. While I do wish the art and mechanics worked a little better together now and then, it doesn’t hamper the addictive gameplay to any significant degree. Grab some motion sickness medicine and get ready to spin and shoot.