Black Future ‘88 is a 2D action shooter that feels like an arcade game. Your goal is to climb a procedurally-generated tower that powers itself up by consuming what you leave behind. Bright lights and vibrant colors lend it an appealing and hypnotic aesthetic, and solid shooting and movement make the gameplay feel satisfying. As you make your way up the tower across a variety of different zones, encountering unique bosses, you’re also racing against the clock since you only have 18 minutes to reach the top and then escape. While enjoyable in short bursts, how much staying power does Black Future ‘88 really have?

You take on the role of one of the few survivors in a post-apocalyptic world that was ravaged by a nuclear event. Your objective is to climb the tower, SKYMELT, and stop a man known as the Architect from perpetuating the cycle of destruction keeping the sun blocked out and time stuck in 1988. The story elements do enough to set up the premise of the game, but it’s the action elements and visuals that really shine. 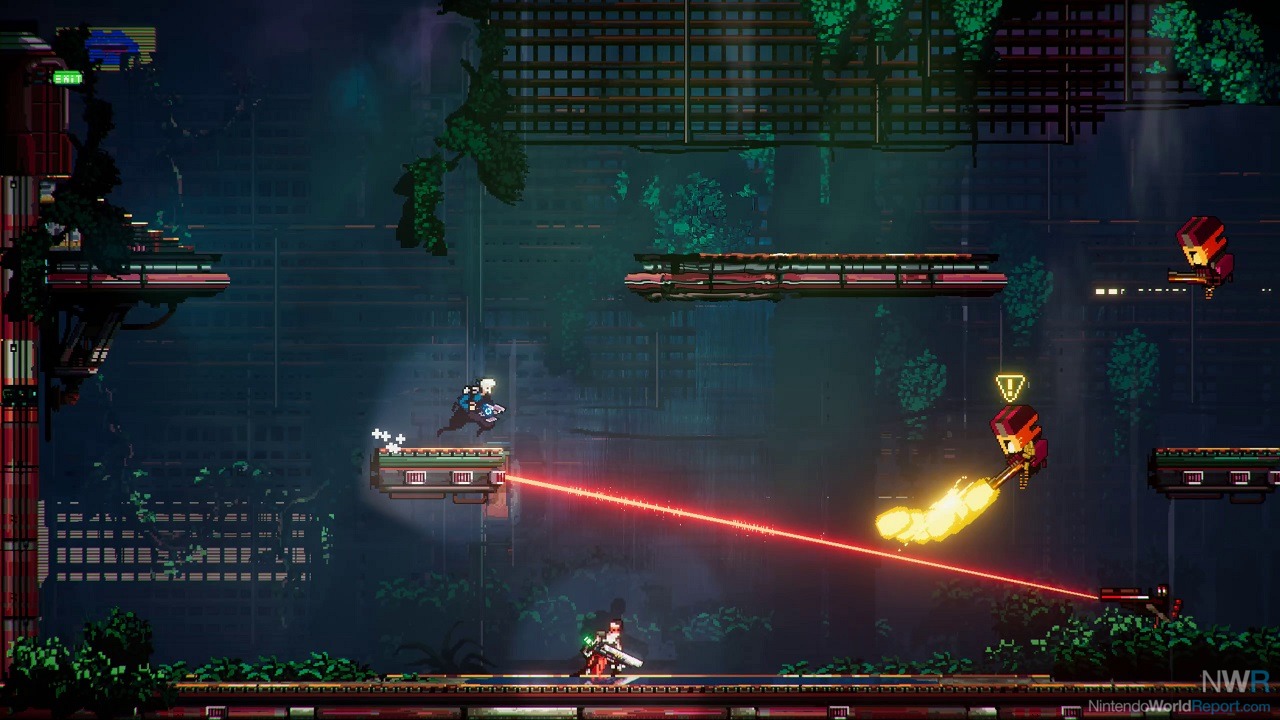 Six characters with different loadouts and traits are available, most of whom are unlocked through gameplay. The starting character, Hauer, comes with a pistol and a shotgun and average health. Your basic actions include a double jump, a dash, and the ability to aim and shoot simultaneously with the right analog stick. Shooting with the Y button automatically targets the enemy nearest you. Each zone of the tower is divided into multiple rooms that house turrets and other enemies trying to take you down, or at least slow your progress, with a boss fight usually coming every five or six screens—earlier if you follow a specific signal telling you how to get there. Defeated enemies drop currency that you can spend on ammo, health, and weapons at a shop that you’ll run into every so often. The number of weapons you can pick up or purchase increases as you do more runs through the game and your score is added to a cumulative total.

The arsenal is one of the most impressive aspects of Black Future ‘88. Because you are constantly unlocking new weapons, you’re likely to end up with a different load out by the end of each run, if you end up picking up the new firearms you come across. I especially enjoyed the laser-type weapons for their range and power, even if they had a lower rate of fire. You can also pick up a powerful sword weapon, but you can only use it at close range, making it a risky proposition. 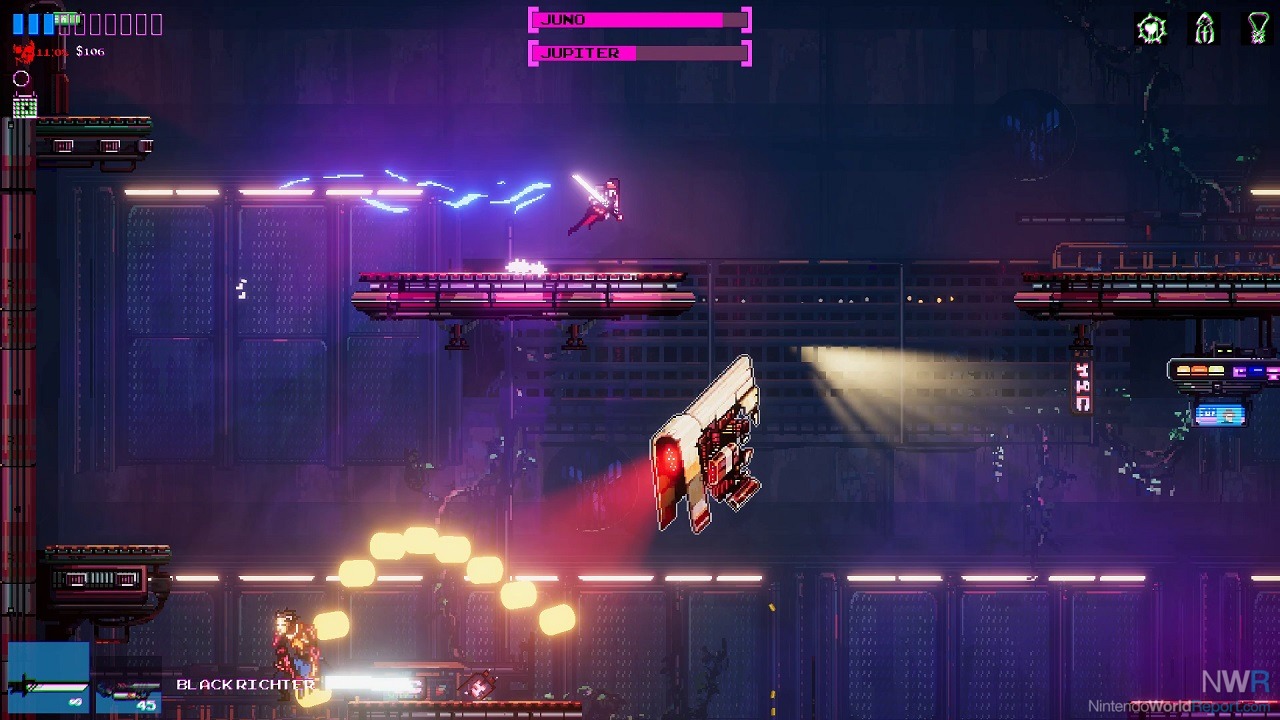 It's fortunate that you can acquire so many different tools of destruction since after a handful of runs the gameplay loop can become a little repetitive. On your way up the tower, you’ll encounter the same bosses each time, just in a different order. Enemies and room layouts also become quite familiar, which means you may lose interest in longer sessions with Black Future ‘88. A daily challenge and leaderboard might actually be one of the best elements since it gives you something concrete to aim for, whereas a full run through of the normal mode can be quite tricky within the time limit. Fortunately, an assist mode is available that makes things easier and a little more accessible.

Overall, Black Future ‘88 is stylish and fun, but the experience feels fleeting. Once you’ve played a few runs or tried the assist mode, it’s possible that you’ve seen most of what’s on offer. Unlocking new characters, weapons, and perks adds replay value, as do the daily challenges, but it’s more the cool visuals and action gameplay that make this one worth picking up. Two-player co-op is another nice feature. If your first impression of Black Future ‘88 is positive, I would say give it shot, but a lack of depth and variety keep it from reaching greater heights.