There may not be an Urkel in this clan, but family still matters.

Children of Morta is a game that thoroughly surprised me. The limited looks I had seen made me expect something in the vein of Hyper Light Drifter or even a Zelda-esque, but it is nothing like either. Instead, Children of Morta is a rogue-lite action RPG that feels like a more narrative-focused Gauntlet with a little bit of Diablo mixed in. As various members of the Bergson family, you attempt to discover the source of an evil corruption that is spreading throughout the land and threatening your way of life. It’s a heartfelt, satisfying, and challenging adventure whose sheen is dulled slightly by some performance issues.

Saying too much about the story would do Children of Morta a disservice, but it is touching and delivered in brief vignettes between dungeon runs. You are given brief glimpses into the lives of the Bergsons and the relationships between different individuals in the family. The game begins with a brief prologue-like section that teaches you the basics: roll, jump, dodge with the B button while attacking with the Y button. You can also use the right analog stick to attack, which works well with the two ranged characters. The first person you meet is John, who fights with a sword and shield, but he is quickly joined by Linda, an archer who can fire arrows and move at the same time. You gradually unlock four other characters, and each one plays quite differently.

Underneath the Bergson house is a chamber with a giant crystal surrounded by three gateways. The grandmother activates the crystal and uses it to bring you back to the house when your life meter runs out, which gives narrative purpose to the rogue-lite elements of the game. Each gateway takes you to a world that contains two or three areas, with each of those divided into two, three, or four floors. The overall objective is fairly straightforward: take your chosen character from the starting floor to the end where a boss encounter awaits. Defeating all of the bosses in a given area releases a guardian spirit of sorts that sheds light on the history of the Corruption and points you towards your next objective. 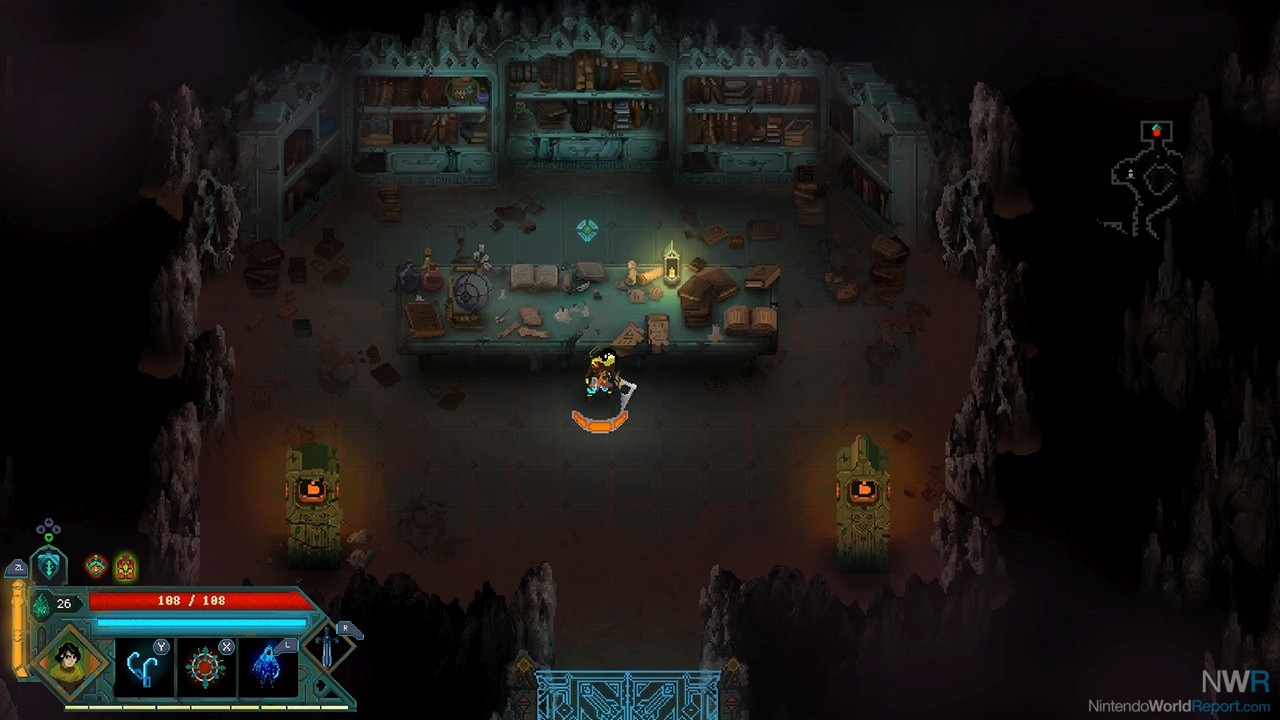 Defeating enemies in the dungeons gives you experience points and gold drops, as you might expect, but charms and relics are also present and can power you up for that run, making it easier to reach and defeat the end boss. Leveling up gives you skill points that allow you to fill out a skill tree for each character that grant you damage-dealing and crowd-control abilities, but a really neat perk is that every few levels you open up a bonus that applies to every family member. For example, when Linda reaches level four, every Bergson receives a permanent boost to their movement speed. This mechanic encourages you to play as different family members. That’s the carrot. The stick is that if you use one character too many times, they begin to suffer the effects of Corruption, which reduces their maximum health by a percentage, and need to rest by sitting out a few runs.

Gold can be used to purchase health, damage, speed, and other upgrades from Ben the Blacksmith. More upgrades become available as you find certain artifacts and documents in the dungeons, so exploring each floor thoroughly and carefully is a good strategy early on while you’re weaker and not flush with cash. Other bonuses can be purchased as well, such as boosts to experience gained and how often gemstones are dropped. Gemstones function as a type of currency within the dungeons themselves; they can be used to open locked chests and to exchange for various items, like the aforementioned relics and charms, with a shopkeeper who randomly appears. The floors of each dungeon are randomly generated and contain different enemies and traps that change when you move to a new world. 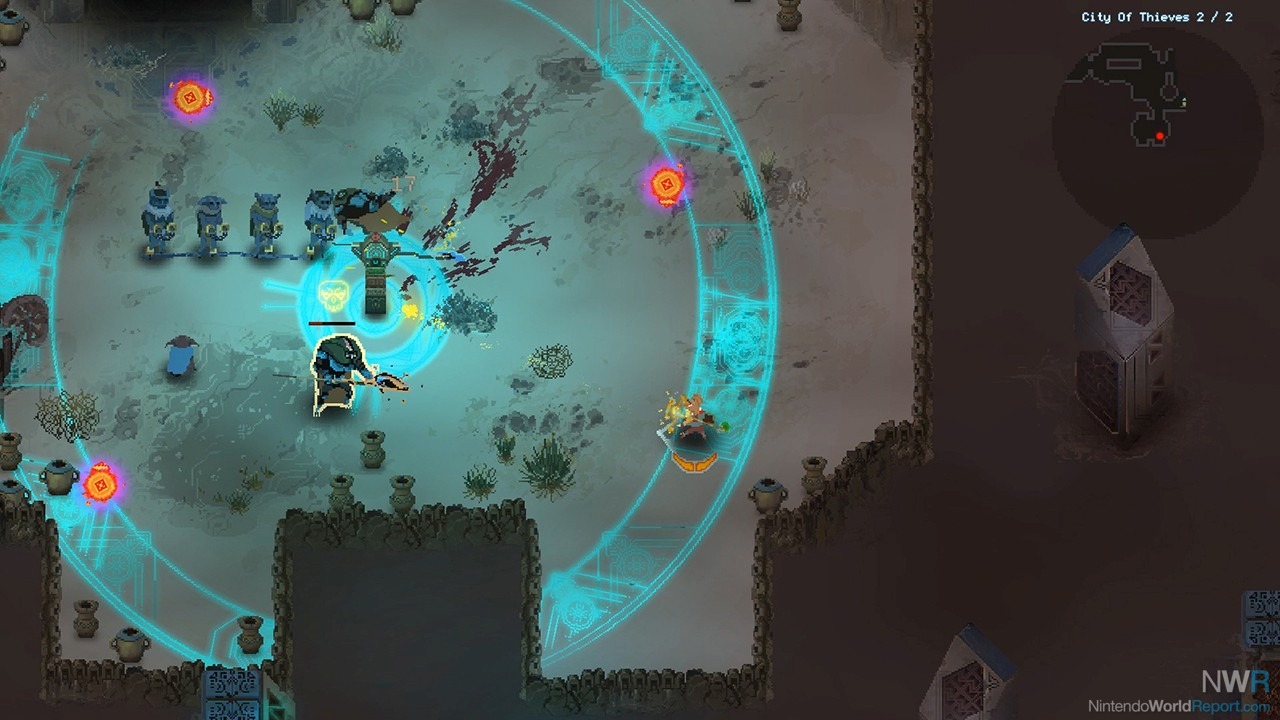 The pixel art of Children of Morta is absolutely gorgeous, especially in the Bergson house. Incredibly minute details and an effective use of color make playing the game a visual delight. Additionally, the excellent voicework of the narrator breathes even more life into the experience. There are instances where the simplicity of the graphics can make recognizing traps and other dungeon elements a little tricky, however. In terms of audio, the music during the final boss encounter completely bugged out for me, which meant that I missed out on all of the ending narration and theme. It’s actually a spectacular sequence, and I was pretty bummed that it was partly ruined by an audio glitch, so hopefully that gets fixed before or around launch.

Children of Morta is one of the most wonderful surprises of 2019, and it needs to be on your radar. The progression system and unlockables mean that even an unsuccessful 20-minute run will yield tangible growth to make the next run easier. Those who aren’t wholly into rogue-lites, like me, will still enjoy the variety and action of the gameplay. Better still, it’s impossible not to be captivated by the Bergson family’s struggle for survival and togetherness against a formidable evil. A two-player co-op option is the cherry on top of this exquisitely-crafted experience. However you choose to go through it, Children of Morta is an absolute must-play.