Dante is back on Switch, but is it for the best?

As more and more series are being ported to the Switch, it’s inevitable that some less than stellar games will also make the jump, allowing players to have access to complete collections. In the case of Devil May Cry 2, one of the most divisive games of its time, Capcom has ported the game anyways, leaving many fans to question whether there was even a point. Over 15 years later, the question remains, is the game as bad as everyone claims? 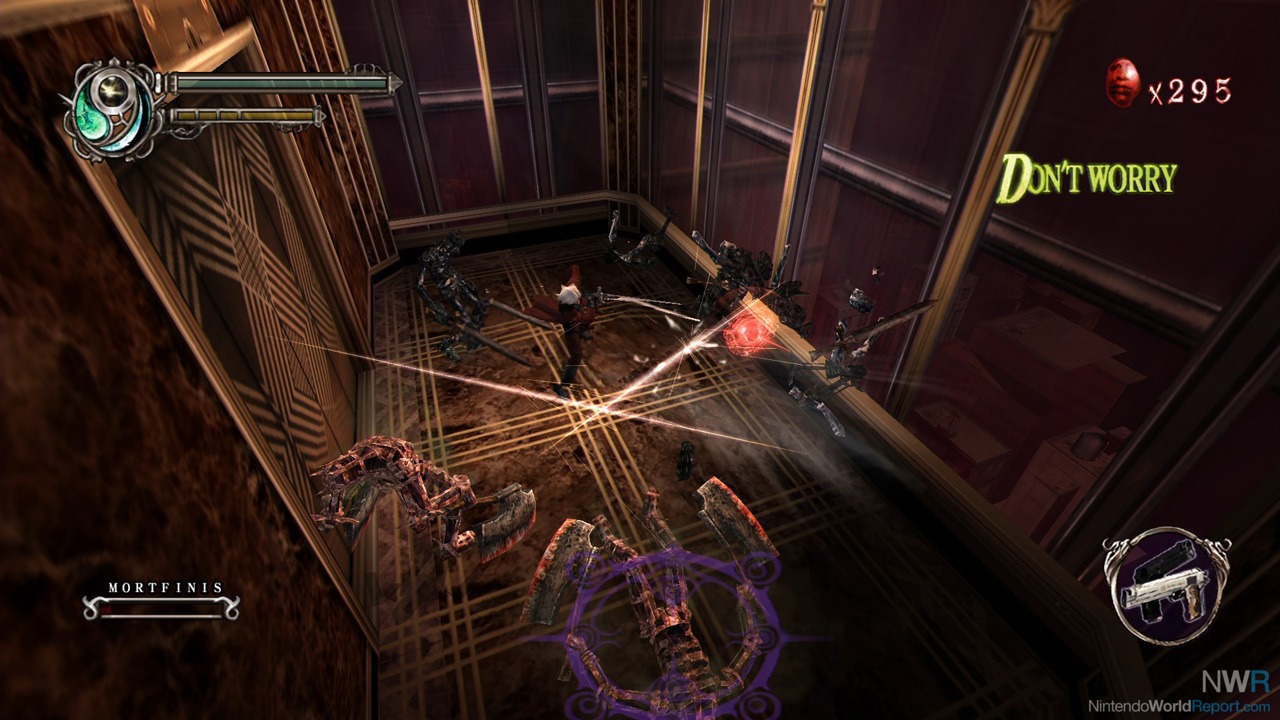 For those new to the series, Devil May Cry is a hack and slash adventure game, starring the demon hunter Dante. Tasked with eliminating the villain of the week, Dante uses his vast array of guns and swords to kill anyone in his way. Although the series is popularly known for the combos and Dante’s wide arsenal, Devil May Cry 2 takes a more conservative approach, eliminating combos almost entirely and restricting his loadout to only a few weapons. To many, this may be a major step back, especially after the first game, but I didn’t have much of an issue with this change. Sure, more variability in the gameplay would have been appreciated, but considering each of the weapons you can unlock all do essentially the same thing, restricting options isn’t the worst thing the game could have done. I enjoyed Dante’s gunplay and aerial mobility far more than the swords anyways, and after maxing out the default weapons, I mostly used them for the duration of the game anyways. If you come into DMC2 without expecting this major change, however, you may not have as much enjoyment as I did. 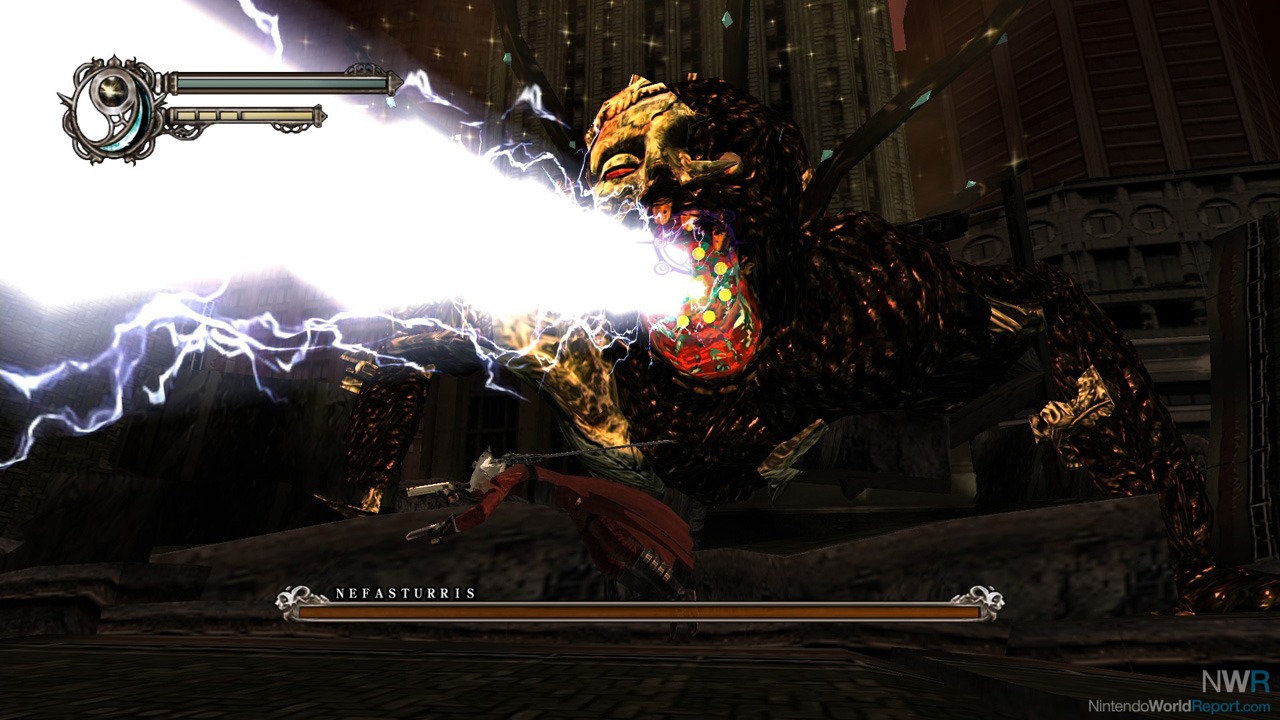 It is worth noting that, regardless of the game’s quality, the Switch port is incredibly well done. There were no graphical hiccups, no game crashes, and the game ran smoothly from beginning to end. The visuals, for the time, still look quite decent and the music, although atmospheric, was always a good listen. The only change missing from this package is the option to remap controls, something we have seen implemented in many ports. Although the default button mapping was sufficient, the option to customize your controls would have been a welcome inclusion. 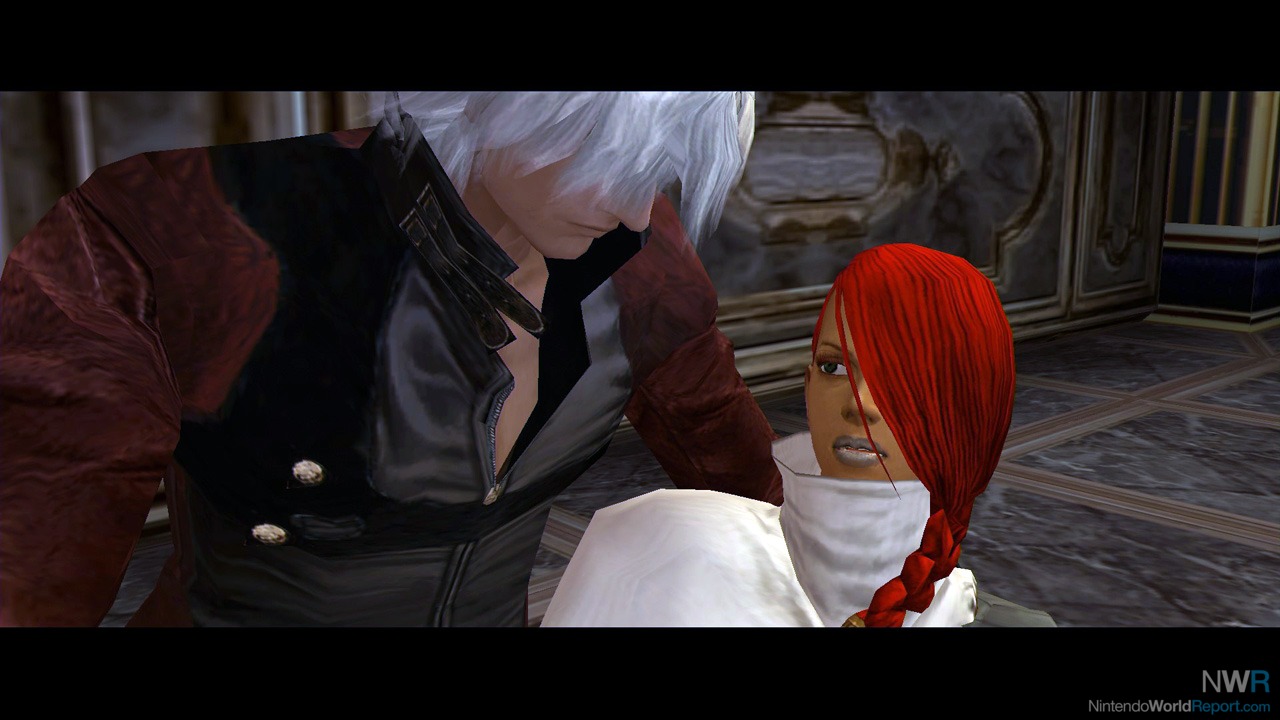 That’s not to say DMC2 is a flawless game by any means. The camera system here has become a perfect example for why dynamic cameras are a must for action games. In DMC2, the camera is in a fixed location for the majority of the game, which led to multiple instances of Dante or his enemies being obscured by buildings or rubble. This left me completely blind or stuck on multiple occasions, halting my progress entirely and destroying any sense of flow the game had going for it. On the story side, DMC2 may have the worst story I have ever experienced in a game. For the entire adventure, I had no idea what was going on and constantly needed to look up information for the plot to make any sense. The general idea is that Lucia, an adventurer, asks Dante to help her stop the businessman Arius from summoning a demon. Dante flips a coin, agrees to help her, and then sets off on his journey to slay Arius. The game tries to throw new characters, plot points, and twists after nearly every chapter, but nothing made any sense to me, leaving me more confused than when I started. If the story was simpler and conveyed better, the plot would have been much more bearable.

Overall, Devil May Cry 2 is not a terrible game. Coming off the heels of the original and the Bayonetta games, however, there is virtually no reason to play this game unless you’re truly curious. I enjoyed the four-hour adventure as a good distraction, but the glaring problems, such as the camera and story, left a bad taste in my mouth. There are certainly worse games to play, but if you’re itching for a new game in the genre to play, you may want to look elsewhere.