It’s like cranking a jack-in-the-box but nothing ever pops out.

The Jackbox Party Pack series, which uses your smartphone or tablet as the controller, has led to some of the most hilarious and memorable game nights I’ve ever experienced, but the latest iteration may be an indication that the luster is starting to wear off. This five-game collection has a few completely new experiences, but its best inclusion is a sequel. Only one of the new titles is really enjoyable, with the others missing the mark by a fair margin. For this review, I’ll briefly touch on each mini-game and share my impressions.

The headline title for Jackbox 6 is Trivia Murder Party 2, and it definitely stands out from the other games. It feels similar to the original Trivia Murder Party from Jackbox 3, but the new mini-games are pretty fun and the presentation is more interesting. For the uninitiated, 1-8 players answer multiple-choice trivia questions, and if you guess incorrectly you are taken to “The Killing Room” where you play mini-games for more points but also run the risk of being killed and coming back as a ghost. The mini-games make clever use of your handheld device, and it’s likely that Trivia Murder Party 2 is the title in the package that people will keep coming back to, even though it’s the only one that doesn’t have a family-friendly option. 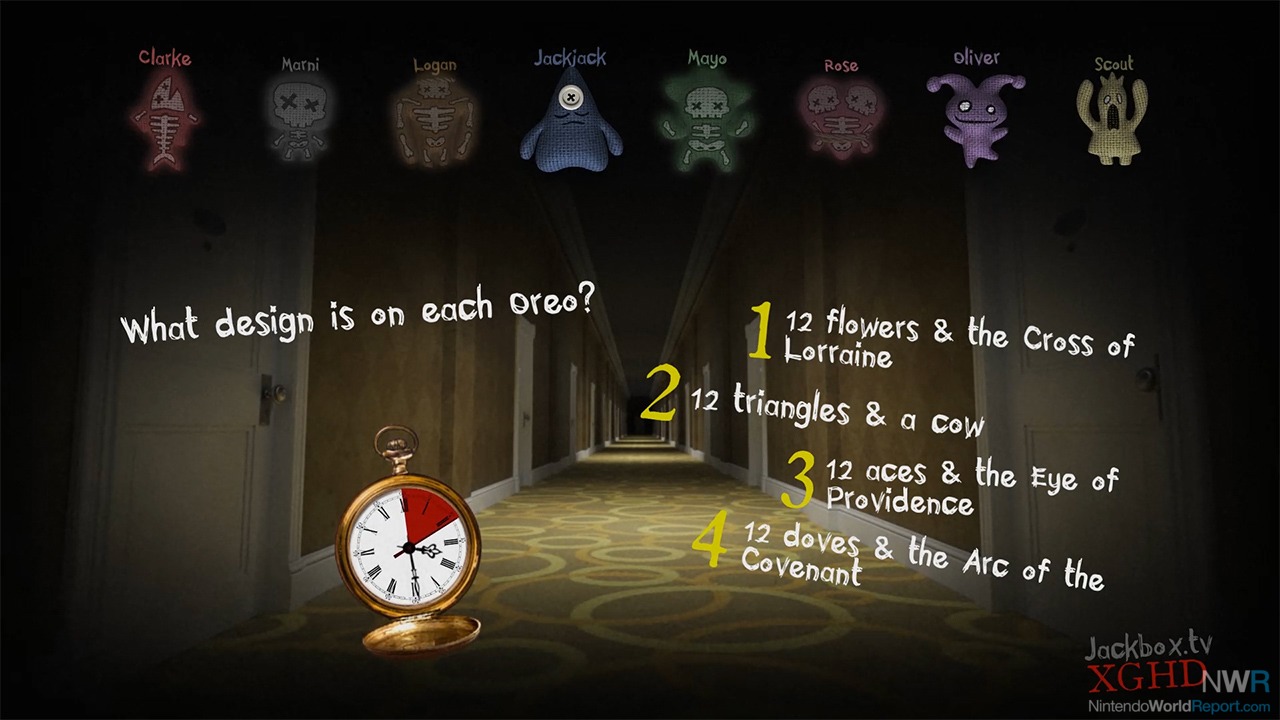 The second game in Jackbox 6 is Role Models, which accommodates 3-6 players and might be the weakest of the bunch. The premise is that you choose a category and associate examples from that category with the people you are playing with. The end result is that the game will derive some personality trait for each player based on the examples that are associated with them. You also earn points in the form of science pellets, but it’s not likely you’ll want to stick around long enough to see how things end. The unclear overall objective and lack of real competition make Role Models worth skipping entirely.

The third game is Joke Boat, and it could be a low-key hit. It puts the players in the role of stand-up comedian, complete with their own dumb catch phrase that follows every punch line. 3-8 players take turns filling in punch lines for jokes and then going one-on-one to see whose comedy can generate the most votes. You have the option of turning the sound effects off and reading out your joke as if you’re actually performing the routine, and this simulation aspect adds to the overall experience.

The penultimate game, Dictionarium, also accommodates 3-8 players and may remind you of a board game like Balderdash. You start by writing a definition for a phrase provided to you, and then players vote for the definition they like the best. The winning definition is then used in the second round where you create a synonym for it and the original phrase, with another vote closing out the round. In the final round, the winning synonym is carried forward and players need to use it in a sentence. A fairly straight-forward affair, Dictionarium just isn’t that entertaining or funny. Certain groups might enjoy it more, but it’s not one that I see most people returning to. 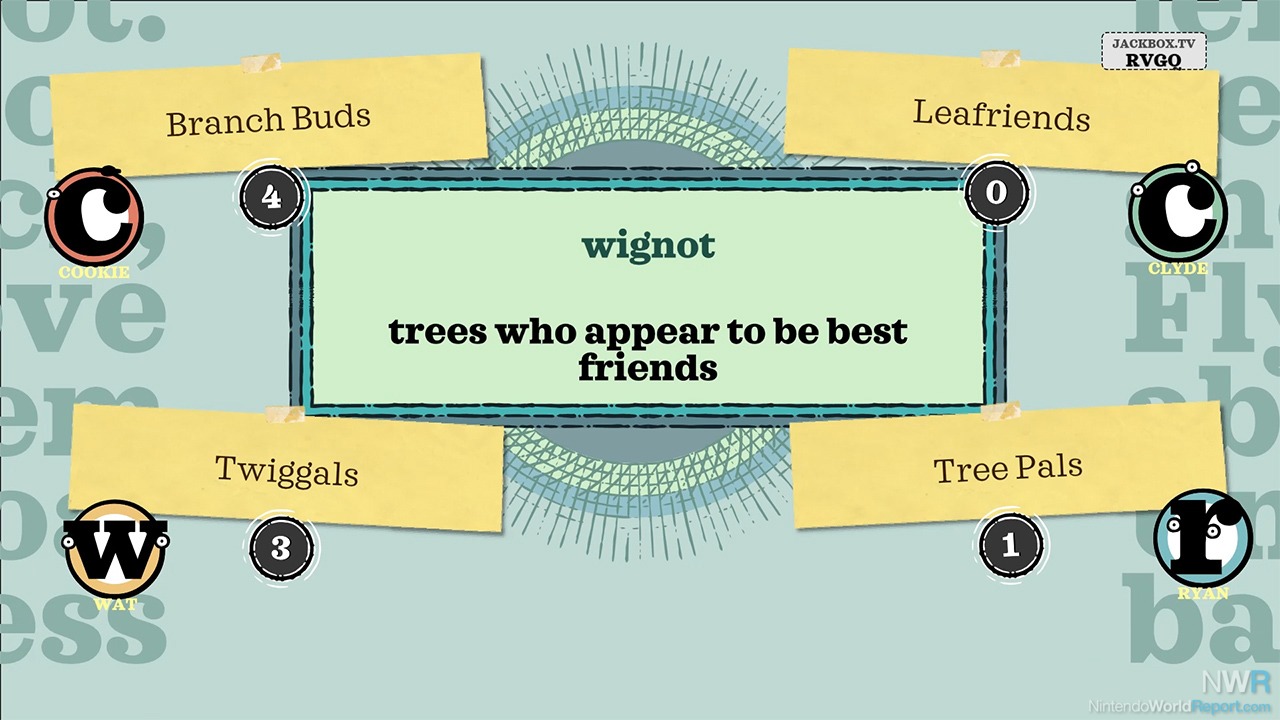 Rounding out the collection is Push The Button, which plays similar to Fakin’ It from Jackbox 3. With 4-10 players, someone is selected as the Alien and the others need to deduce who that is, but that have to be unanimous in their vote. By going to different rooms on your spaceship, you can test pairs of players in different ways with the humans receiving slightly different prompts than the Alien. Responses are presented to the group that allow players to vote for which of the two responses appears to be given by a potential Alien. The issue with Push The Button is that people not being tested are left twiddling their thumbs, and so there is a large part of the game’s countdown timer where only a few individuals are really participating. It’s probably better with eight or more people, but overall it has potential. 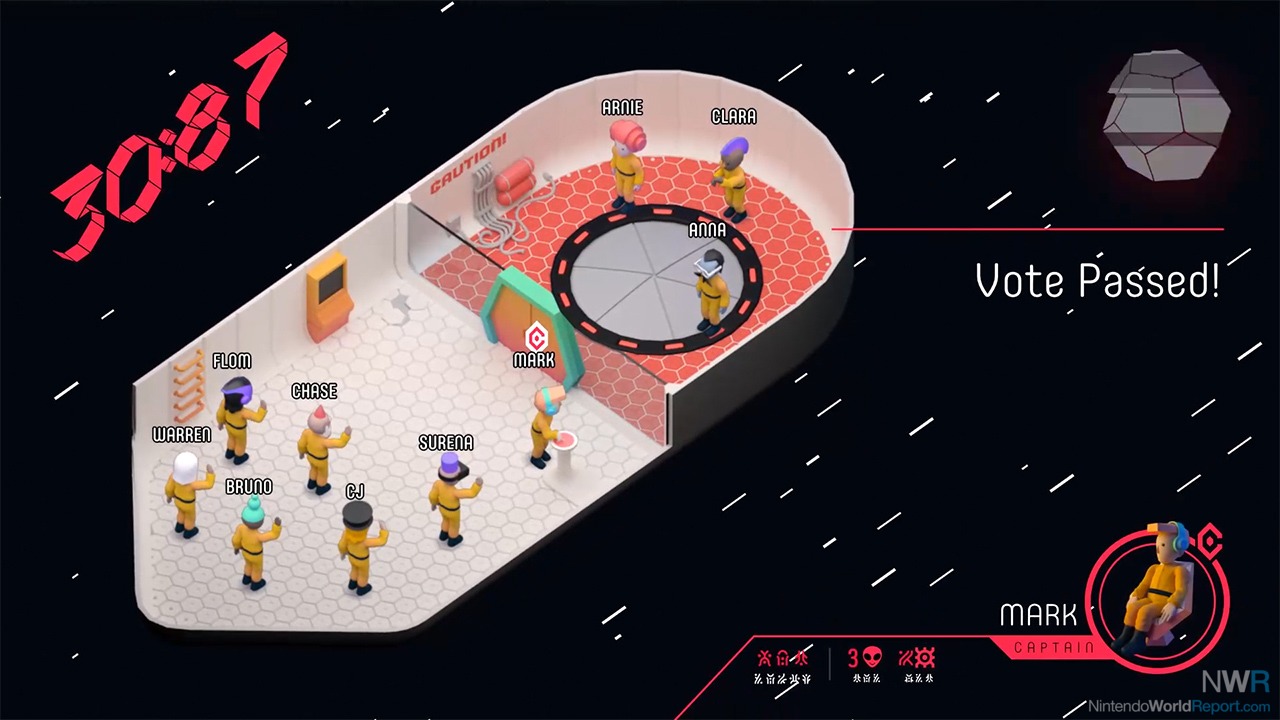 Ultimately, Jackbox Party Pack 6 feels like a letdown. It’s missing both You Don’t Know Jack and a game where you have the chance to draw, and those two experiences are ones that my group of friends has always very much looked forward to. If you loved Trivia Murder Party or aspire to have your own stand-up routine, Jackbox 6 might be worth your time, but you’re probably better off looking into one of the earlier collections that seem to be regularly going on sale.