With a wealth of RPGs, new and old, coming to the Nintendo Switch (and being a recurring guest on our RPG podcast The Thirsty Mage), I have thought a lot about the classic JRPG style across Final Fantasy games, ‘90s classics, and modern reinventions. NIS America’s Destiny Connect: Tick-Tock Travelers sidles into the burgeoning Switch RPG landscape by feeling like a throwback to a bygone era of 3D RPGs. It might have been a game I welcomed with open arms on a Nintendo platform with fewer RPGs, but in a sea of options, it stands apart from the crowd in its general sterility. For better or worse, this is a generic, run-of-the-mill adventure that doesn’t really do anything wrong but also offers very little to get excited about. 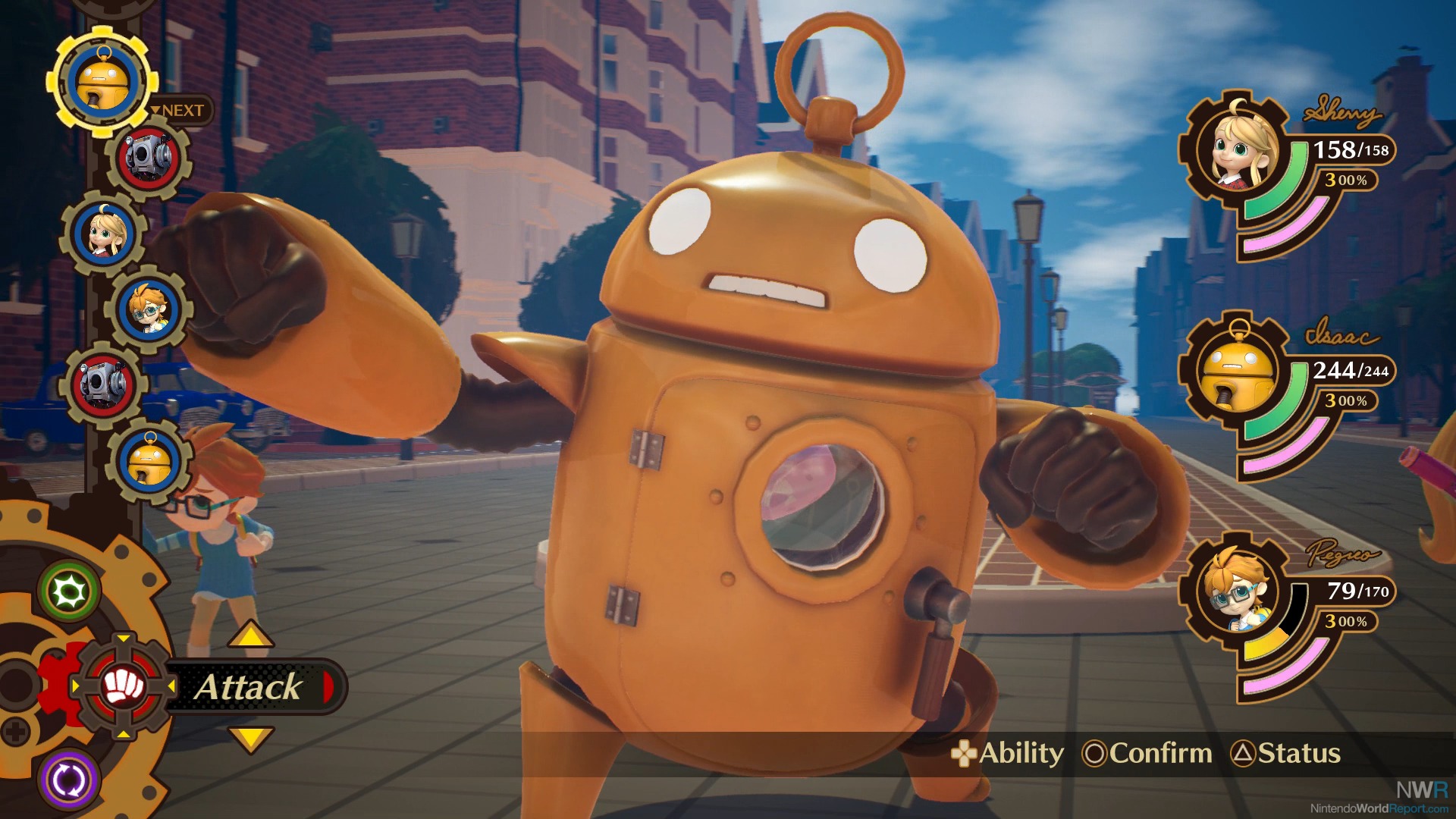 The story focuses on a precocious youngster named Sherry who winds up wrapped up in a time-shifting adventure in her hometown of Clocknee alongside nebbish boy Pegreo and a gentle time-traveling robot named Isaac, who has ties to her absent father. Time is spent exploring the town and journeying to its past, present, and future, presenting different versions of well-trodden locations. The narrative never gets too complex and it clearly evokes a similar time-traveling style as Chrono Trigger, though it lacks the steady pace, novel battle system, and overall quality of Square’s stone-cold classic.

Battles are chiefly standard turn-based fare, focusing on making use of Sherry, Pegreo, and Isaac’s attacks and mana-using skills. Isaac, being a robot, can transform, which is the most interesting element of the combat as that makes the character more versatile. It can dramatically change how Isaac performs in battle, almost feeling like a different character or class. That’s probably the only truly distinct element of the combat. The fights are never actively bad; at worse, it's just a little stale. The robot is the beating heart of the game as he serves a dual function as both a time machine that takes these tick-tock travelers to the three time periods and a failstate. If Isaac falls in battle, it’s game over. Sherry and Pegreo can both die without issue (and can be revived), but Isaac’s health depletion automatically ends the battle. It’s a weird choice, but one I ultimately appreciate because it helps make the standout combatant a little more special. 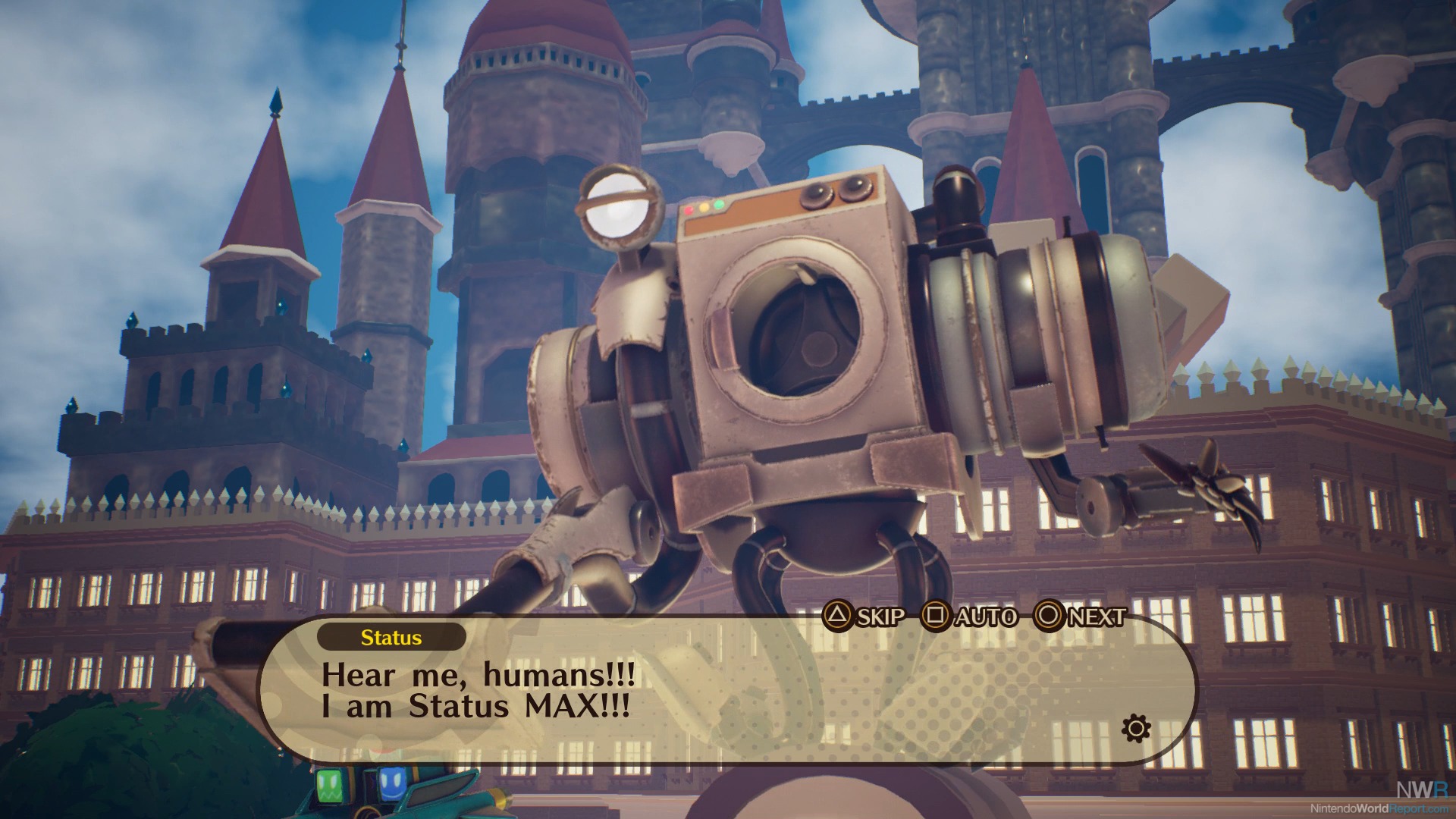 Outside of battles, a lot of time is spent running around Clocknee to solve puzzles and complete quests. The 3D overworld is a little clumsy to walk around, with rigid controls and mildly drab landscapes. On Switch, especially in handheld mode, this game isn’t a looker. Graphics look a bit washed out and the cartoony 3D aesthetic is unappealing. Characters are meant to be expressive with their enlarged facial features, but they mostly just look creepy. Mix in the fact that those expressions are the key draw of the buckets of text and dialogue (since there is no voice acting) and the art winds up being a major drawback. 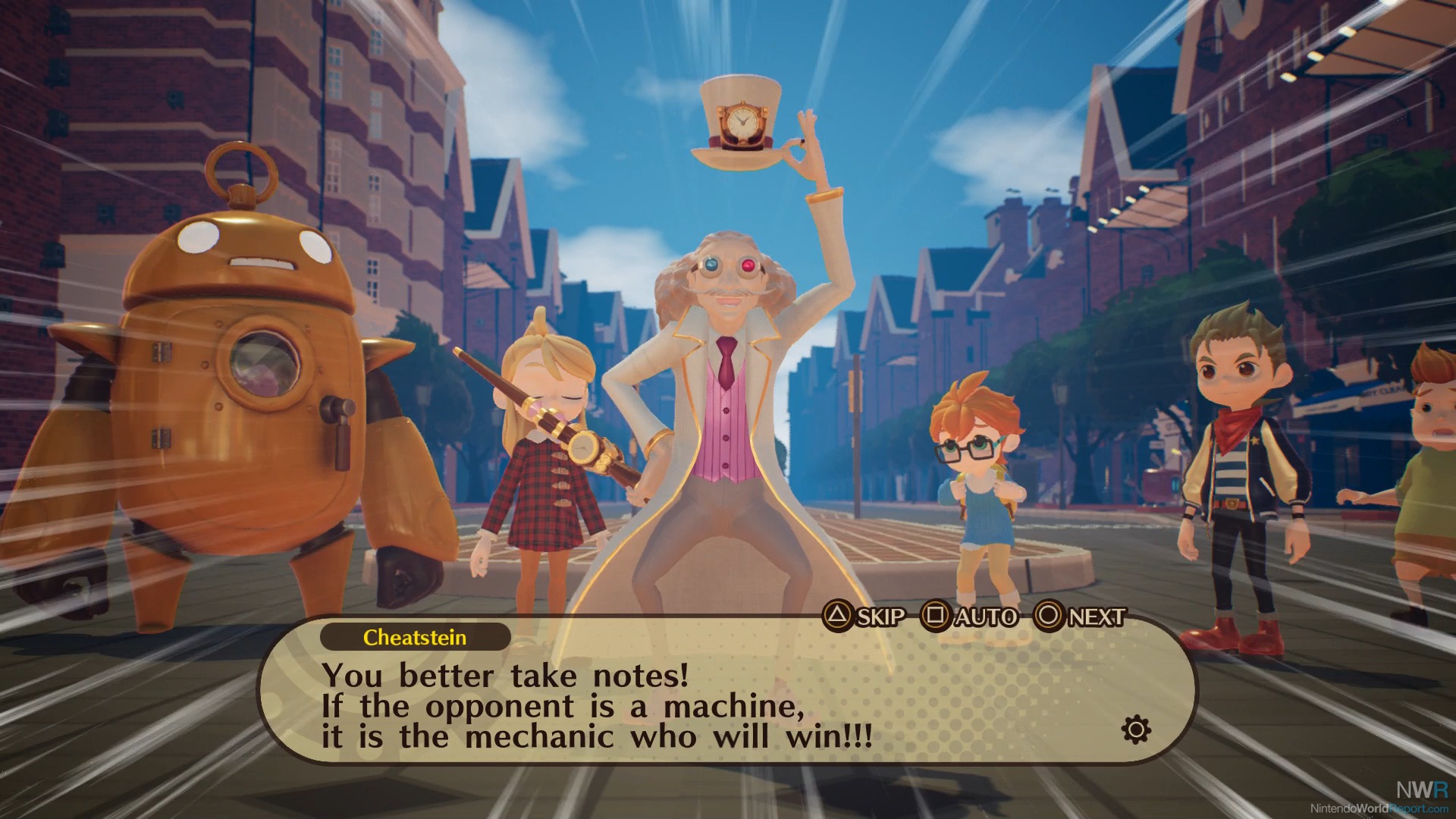 Even with its problems, Destiny Connect is an enjoyable, primarily straightforward RPG that will likely take you around 15-20 hours to complete. To that end, it’s nice to see a throwback to the time when not every JRPG was a 50+ hour affair, but this game is mostly empty calories. The battle system doesn’t reinvent the wheel, but it makes for a decent comfort food RPG. The lack of complexity gives off a vibe of a Paper Mario-esque “My First RPG” design that is totally adequate. The clearest recommendation here is that Destiny Connect is more for the younger gamer in your life, as it’s a kid-friendly adventure that winds up being a little too basic and uninspired for those with more JRPG experience. This game drifts through the sands of time that is the Switch’s library as just another in the line of numerous RPGs of various shapes and sizes. It’s an okay game, but without any defining features other than competency, it’s hard to recommend over similar games in the genre.