A surprisingly interesting and unique horizontal shooter, but it might be an acquired taste.

There are hundreds of horizontal and vertical shooters out there, but I’m not sure that any of them have you flying a giant fist giving the finger. In Wide Right Interactive’s Freedom Finger, in addition to your ship’s standard fire, you can also punch and grab enemy ships and obstacles in front of you. Branching paths, online leaderboards, and unique stages add to the sci-fi themed package. The music, story, and cursing might not appeal to everyone, but at Freedom Finger’s core is a solid gameplay experience that you aren’t likely to forget.

You play as a pilot referred to as Gamma Ray, and are tasked with infiltrating a Chinese base on the moon to rescue hostages by Major Cigar, voiced by Nolan North. The interactions between the different characters that pop up is vulgar but entertaining, and in-between missions you are given dialogue options that can impact which worlds you visit. In my first playthrough, I only played about eight or nine worlds before getting to the end, so there’s incentive to go back and make different choices to see how things play out and unlock all 12 worlds, allowing you to replay them in Arcade Mode. 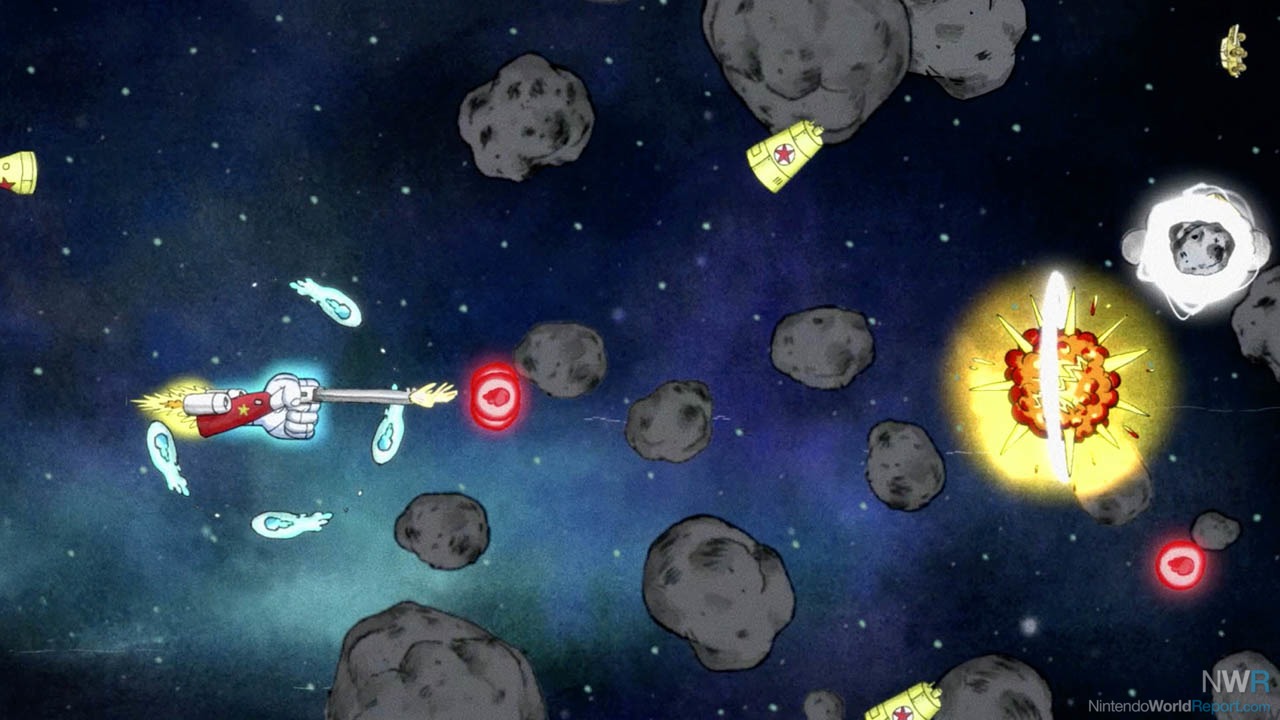 For the most part, the core gameplay experience is what you would expect from a horizontal shooter, with a few exceptions. Rather than acquiring power-ups to improve your standard gun, you can grab certain enemies and use them as your own. For example, there is a shotgun-looking ship that you can grab and then use to fire a powerful spread shot. You can grab smaller ships as well and just launch them forward to do a fair amount of damage. Most of the time you’re just shooting waves of ships that come at you, but you also have a punch attack that works really well against stationary turrets and more resilient enemies. There are also shield and health items you can pick up, and these are especially helpful given the fairly challenging levels past the midway point of the game. One funny thing is that most stages end very abruptly, without a boss fight or mini-boss fight, and it can feel a little jarring when the Stage Clear message pops up without warning.

Continuing on with the gameplay discussion, it can be difficult to identify ships that you can actually grab, and you take damage to your health meter when you try to grab a ship or asteroid that’s too big. Punching can also leave you open to attack, so it seems like there aren’t as many opportunities to use it effectively. That said, I did like having to punch buttons to open gates and choose different paths in the stages. Freedom Finger also has that fun but frustrating Cuphead feature where it tells you how far you made it in a level if you die. Fortunately, there are a variety of difficulty options and can increase your health or prevent collision damage, so you can customize the challenge to your liking. 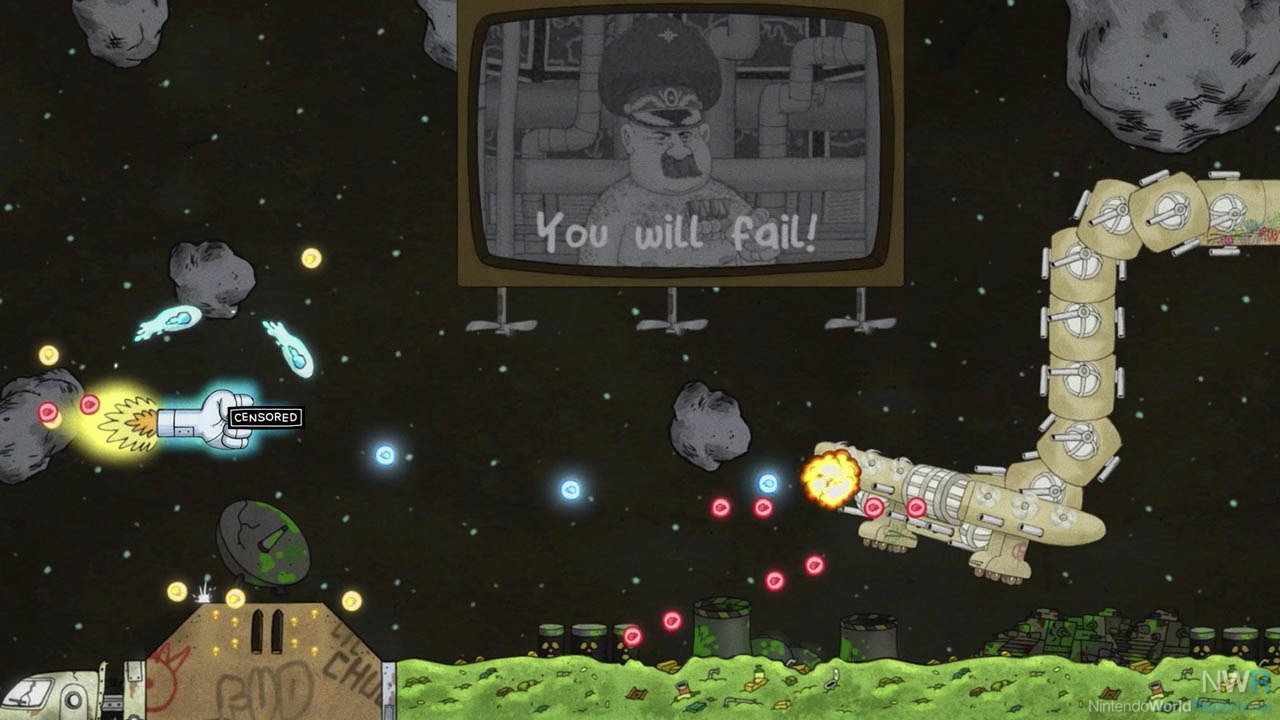 Freedom Finger uses cartoon graphics that remind me of Rick and Morty or Beavis and Butt-Head, and this fits well with the dirty jokes and cuss-filled humor. The music is an eclectic mix of licensed tracks that is fairly diverse, but it might not appeal to everyone. One interesting element of the music is that the rhythm is often connected to enemy patterns and fire, with pauses timed to the flow of the music, and this adds a neat twist to gameplay. There is also a pretty wide range of enemy and environment types that make each world feel different, and this helped alleviate the boredom that the shoot-’em-up genre can fall into.

Freedom Finger is a delightful and devilish romp through outer space and fleets of Chinese and Russian enemy ships. It’s presentation adds flavor and the dialogue options and online leaderboards improve replay value. The story elements and excessive swearing may be offensive to some, and the abrupt stage endings feel unsatisfying, but the overall package is an entertaining one. It’s not one of the best horizontal shooters I’ve played, but it’s definitely the weirdest. I’d recommend it to anyone looking for something that’s challenging and quirky and worth going through more than once.