Torment isn’t strong enough for what these games put you through.

The Switch is no stranger to the resurrection of old classics, some genre-defining, others best left in the past. The package of Planescape: Torment and Icewind Dale: Enhanced Editions may slot well into both categories. Originally released in 1999 and 2000, respectively, Planescape: Torment and Icewind Dale are engrossing, complex, story-filled RPGs that are among the strongest ever released, on PC, that is. Their maiden voyage to consoles starts today, but comparisons to that of the Titanic would not be unwarranted. Put simply, for anyone unfamiliar with these games, they are likely not for you.

The story of Planescape: Torment centres on a being known as The Nameless One, who is attempting to discover exactly who he is and the memories he has forgotten. He is also immortal, which represents another puzzle for him to solve but also impacts how death works during gameplay. Icewind Dale focuses on a party of six adventurers whose journey begins in the city of Easthaven. After their first major mission goes awry, an archdruid in the next town asks for help in finding captured villagers, and from there you work towards identifying the evil forces at work in this world. In both games, the core stories and side missions are interesting, and you often have multiple ways of solving sidequests and dealing with the situations you encounter.

While you can only customize your stats at the beginning of Planescape: Torment, Icewind Dale allows you to customize your entire party, including their gender, race, class, alignment, abilities, skills, and appearance. If you want, you can also roll with the preconfigured party as well. The story, depth, and variety of options are all good reasons for playing either game, but they are also very well hidden under a mountain of gameplay, accessibility, and UI issues that make the package an extremely hard sell in 2019. 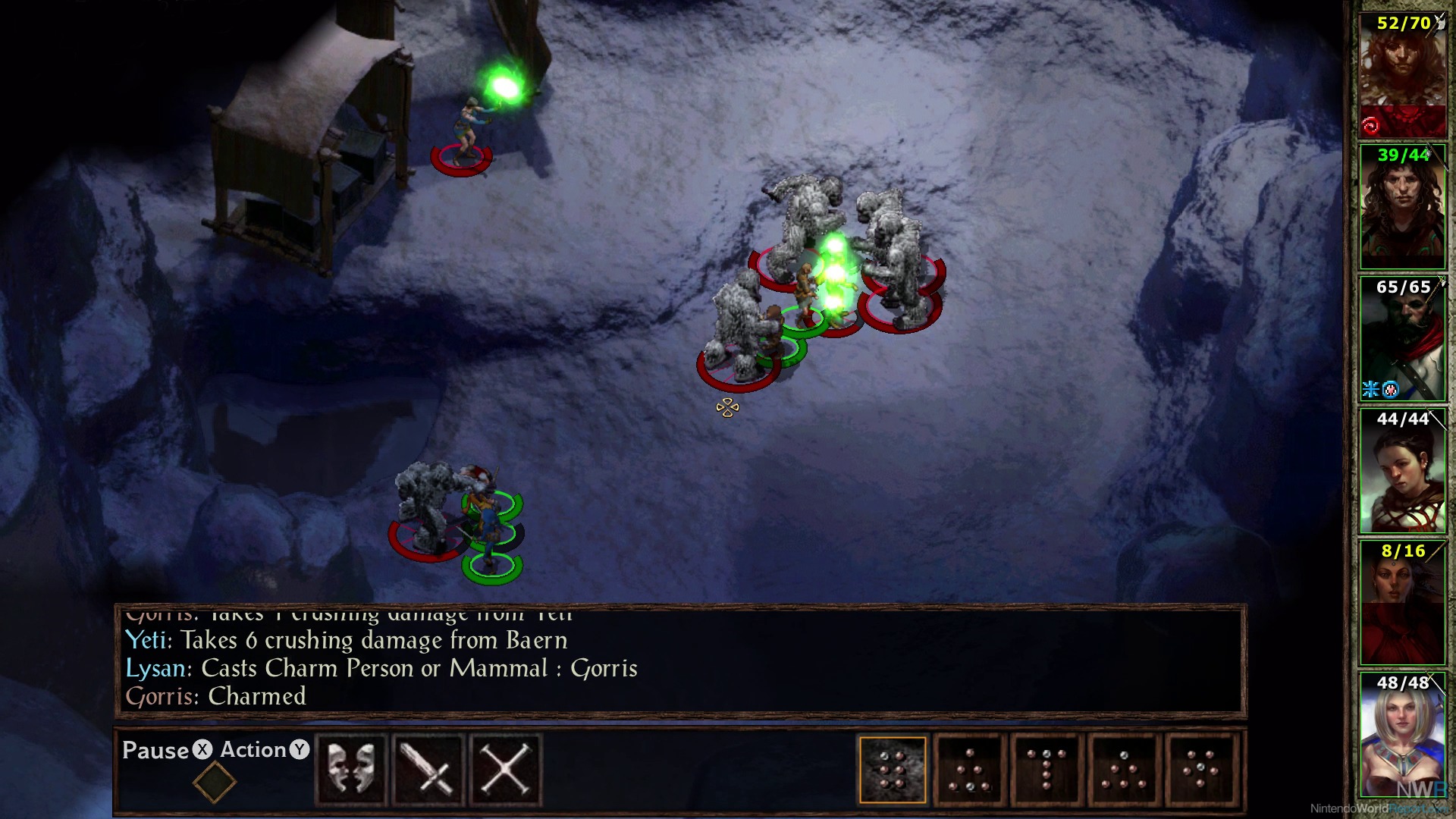 Nowhere in the collection can you find a manual, how-to-play, or tutorial. If you’ve never played something like Baldur’s Gate, let alone Dungeons & Dragons, you are most likely going to be completely lost and quickly frustrated. Even if you manage to make it past the prologue section of either game, what you need to do next and how to do it isn’t necessarily apparent. Worse than that, however, is that the understanding and executing the minute-to-minute gameplay is just inscrutable. Unless you read extensive manuals, walkthroughs, and guides, making progress comes at a snail’s pace, if at all. Those with any type of RPG experience may have it a little easier, but even if you understand that a wraith can only be damaged by something magical, that doesn’t mean you will have the knowledge needed or capability to equip such a weapon or use an offensive spell.

The graphics are horribly dated and nothing about what you see on screen looks appealing. The default font size is laughably small, but fortunately there are sliders in-game to adjust it. The voice acting should be lauded as it does a great job of connecting you with the characters met along the way, and the music is pretty good, too. The radial menus that you bring up to access your journal or inventory use writing that can be hard to read as well. You can zoom in a couple times, but that only magnifies how ugly the characters and environments look by today’s standards. Without zooming in, it can be very difficult to see and pick up loot left on the ground by defeated enemies. 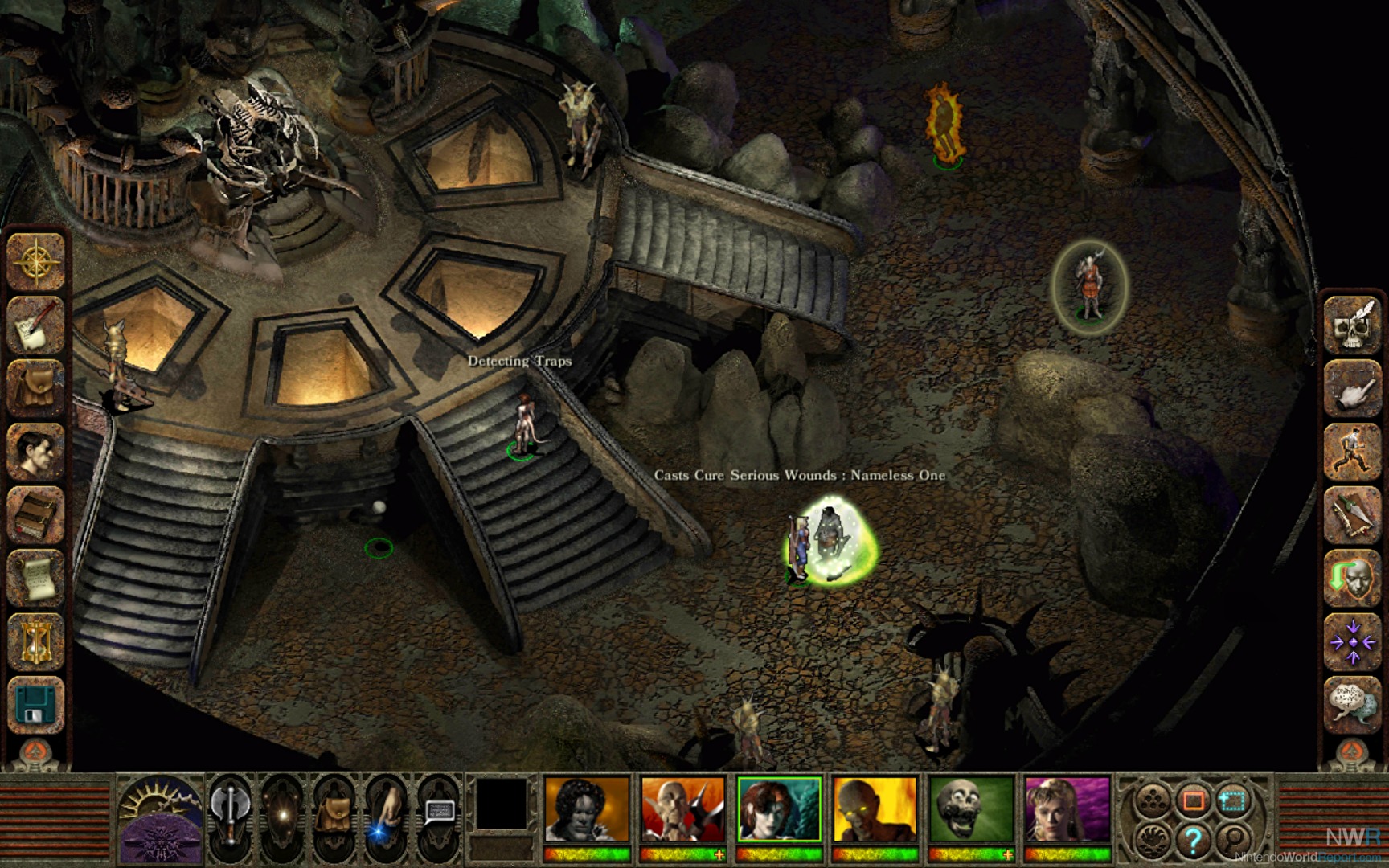 This won’t be a popular opinion with those who have deep-rooted nostalgia for these once-acclaimed isometric RPGs, but they aren’t worth playing today. More contemporary iterations like Divinity: Original Sin 2 or the more action-based Diablo III are infinitely more fun and accessible. I can really only recommend the Planescape: Torment and Icewind Dale: Enhanced Editions to people who played and enjoyed them in the past. Planescape has a terrible bug that freezes the game when you try to rest in one of the earlier areas of the game, and this is still the least of its problems. It’s possible that the original developers of these games made them for an audience that would be familiar with the mechanics or have the patience to spend hours figuring out the systems at play. 20 years on, these games continue to be filled with brilliant story-telling, but what they really need to tell you is how to actually play.